Two weeks in Japan is a great amount of time. I mean, you’ll want to stay longer and there is so much to do in this country that you could fill YEARS of your time exploring it. We were in the country for 17 days – just over two weeks and I wish we could have stayed for double the time (although my bank account is glad we left when we did).

Japan is definitely an expensive country to explore. I wrote a full breakdown of how much we spent in this post. In my opinion, the splurges on good sushi, unique guesthouses, and visiting temples were totally worth it.

Aside from the cost, Japan is one of the most naturally beautiful and historically fascinating countries I’ve ever visited. It’s a country I have dreamed of visiting since I was a child and it totally lived up to the hype I’d built up for it in my mind.

Here’s how I spent just over two weeks in Japan:

I’ve waxed poetic about this city so many times (okay twice – here and here). I fell in love instantly. It’s the perfect size – big but not too big. It has everything you could need from a city. Each neighborhood felt like a village. Everyone was so friendly. The food was some of my favorite (hello home of okonomiyaki and Takoyaki). I just clicked with it and I could have spent way more than three days here.

Where we Stayed: The place we booked on AirBnB is no longer there, but the same guy who owned it also owns this one in the Namba area. I really liked staying in an AirBnB in Osaka. It’s a really easy city to navigate using the train (free with your JR Pass).

My Favorite Neighborhood: Namba is such a great spot. We found ourselves there two out of the three nights we were there. It’s just so a-buzz with people. We would eat street food or pop into one of the restaurants in Dotonbori. Then we would buy some beers from a convenience store and sit along the canal. It was such great people watching and the city really comes alive at night.

Top Sights to See: The Osaka castle and surrounding park was definitely one of my favorite spots that we visited. I also really recommend making the trek to Shitennoji temple. It’s easily done in half a day and it’s one of the oldest temples in the country. It’s really different to a lot of the others we saw and it was very quiet and peaceful. 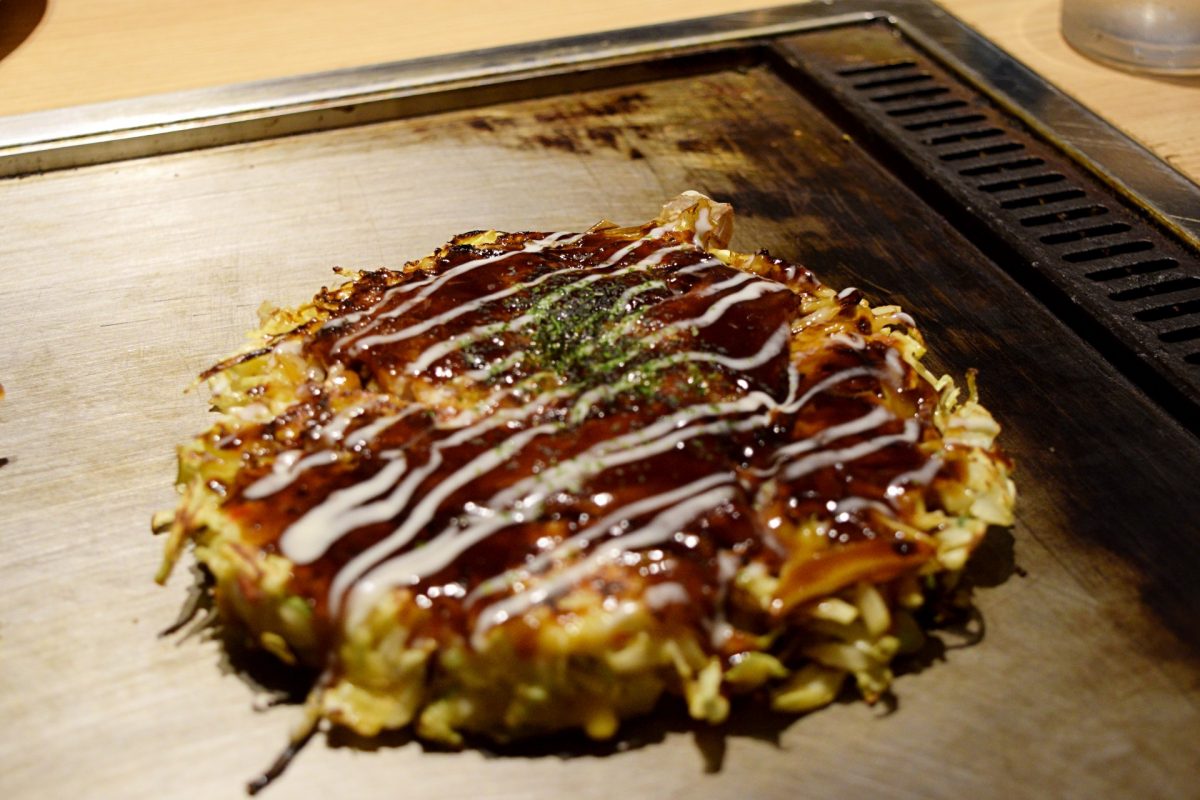 Kyoto is such a beautiful place. I think two full days is probably the minimum amount of time you need to explore Kyoto and of the amazing history and temples on offer. If we had stayed another day, I think visiting more temples would have been a bit numbing. There are SO MANY temples in Kyoto (over 1600 temples and 400 shrines!!) – you have to prioritize which you want to see most and plan to come back another time to visit some more. It’s not just temples though, there’s also plenty to do in Kyoto with kids.

I also advise taking your time. The temples are so beautiful and so worthy of taking a moment to simply sit and reflect in their gardens, read about their history, feel the peace they are meant to invoke. The entry fees also add up quickly, so if you’re on a budget it’s important to make a note beforehand of how much you are willing to spend.

We rented bikes for both days and mapped out temples that were near each other. My favorites and ones I highly recommend making time for were:

Head to Gion in the evenings for good food and Geisha spotting. They head to work right around dusk and if you want to catch a glimpse of these famous gals heading to work in their amazing outfits, this is where you’ll see it. It’s also just a really beautiful place to spend some time – the streets are narrow and cobbled, the buildings are old-style and mostly wooden. It kind of looked like the Japan I’d always pictured in my head.

Where we Stayed: I LOVED the guesthouse we stayed in while we were in Kyoto. It was called Guesthouse Bon. I don’t even know how I initially found it, but it was absolutely perfect for us. It was a reasonable price, we got a private room, there was a kitchen to cook in, and a communal table to drink beers and eat food with the other guests. The bed was a simple tatami mat with a bit of extra padding. The guy who ran the guesthouse was absolutely hilarious. He taught us a lot about the area, gave us a little Japanese lesson, showed us to the best sushi spot in town, and even gave us a ride to the JR train station when we checked out. 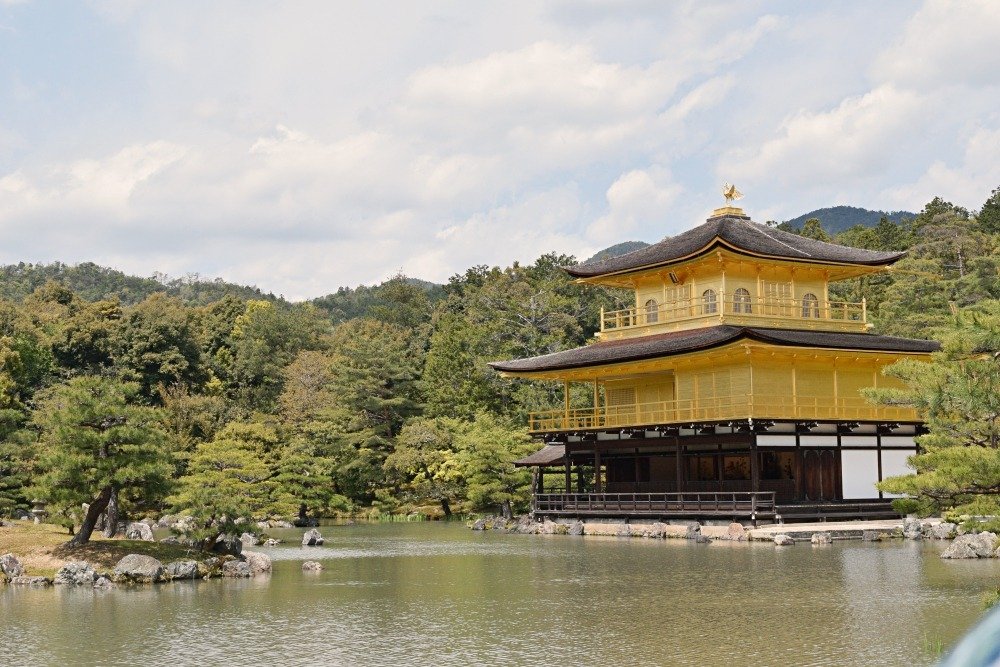 Nara was another place that I simply fell in love with. There are plenty of things to do in Nara, but we mostly just wandered the streets and ate delicious food. One of the major draws to this part of Japan, is that there are wild deer everywhere and people feed them.

What to See & Do: Tōdai-ji was my favorite sight in Nara. This enormous wooden structure houses the largest bronze Buddha in the country. While the Buddha inside is incredibly grand, I really enjoyed the building and the gardens surrounding it.

Where to Eat: If you like sushi, especially tuna, you need to get yourself to Maguro Koya. Ask someone for directions – it’s a pretty famous local spot. It’s a tiny little restaurant that we walked past a few times before we realized we’d actually found it. Everything on the menu is sushi. We had a few different types of tuna sashimi, but the tuna tataki really stole the show. It was packed with flavor, so zingy and the tuna so creamy. We almost ordered a second bowl just so we could taste it all again.

Where we Stayed: We stayed at Guesthouse Iki. Again we totally lucked out. The guy running the place was so cool. He told us about an amazing Izakaya bar to check out as well as where to get authentic yakitori. He also upgraded us to a bigger room totally free because one was available. Amazing location – easy to walk to all the best sights. 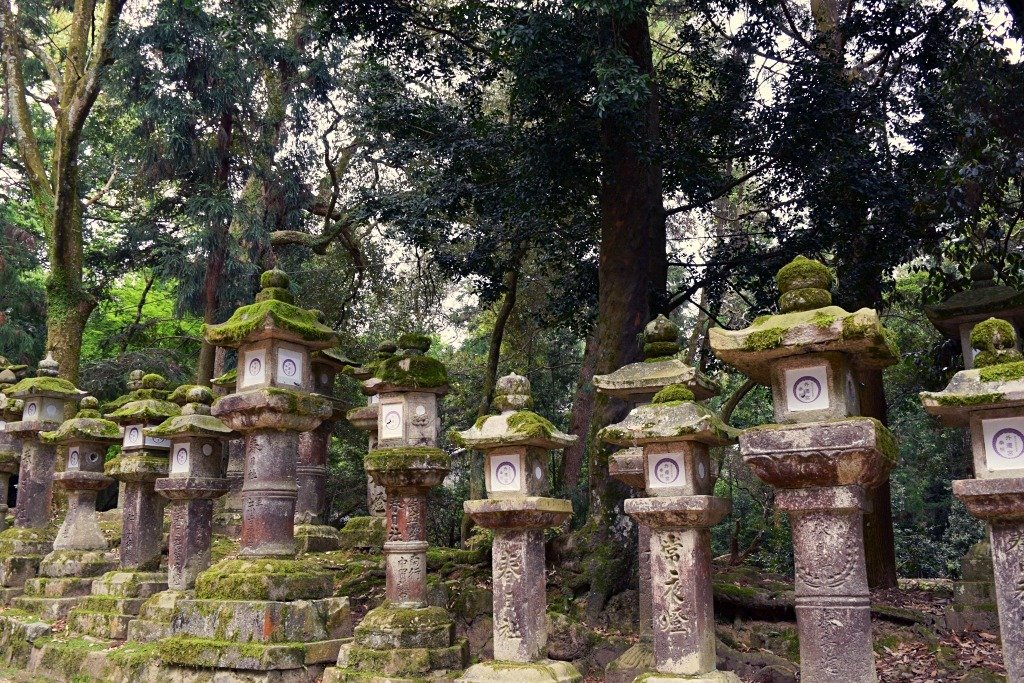 What a hard place to put into words. It’s a place every human should visit in my opinion. The museum is hard hitting, but in a way that makes you leave and want to do more, to be more.

A lot of people asked me after we left Japan if I felt any animosity from Japanese people when they found out I was American. My answer was always the same – absolutely not. Japanese people were so kind to me. They were inquisitive and helpful, but never once were they rude or mean. The air in Hiroshima is of forgiveness and peace. They have chosen to take what has happened to them and turn it into something endlessly positive.

I cried a lot the first evening we were in Hiroshima. The emotions of what happened and the modern reaction to it here in Japan all bubbling over: anger, sadness, resentment, confusion. I can’t even begin to fathom what it must have been like and what some people continue to fight with each day because of the decisions of a few.

Two days is a good amount of time to begin to process it all. You’ll want a day for the museum and probably won’t want to do much else after visiting it, so it’s good to have a second day to explore the beauty of the city on a second day.

Where we Stayed: I don’t actually recommend the place we stayed. We had to get on the train and go one stop and they only have single-sex dorm rooms so Luke and I had to sleep on completely different floors. If we had booked in advance, I would have stayed at J-Hoppers Hiroshima Guesthouse. It has great reviews, looks super clean, has private rooms, and bikes to use while you stay. Definitely book a few weeks in advance in Japan – the good places book out quickly! 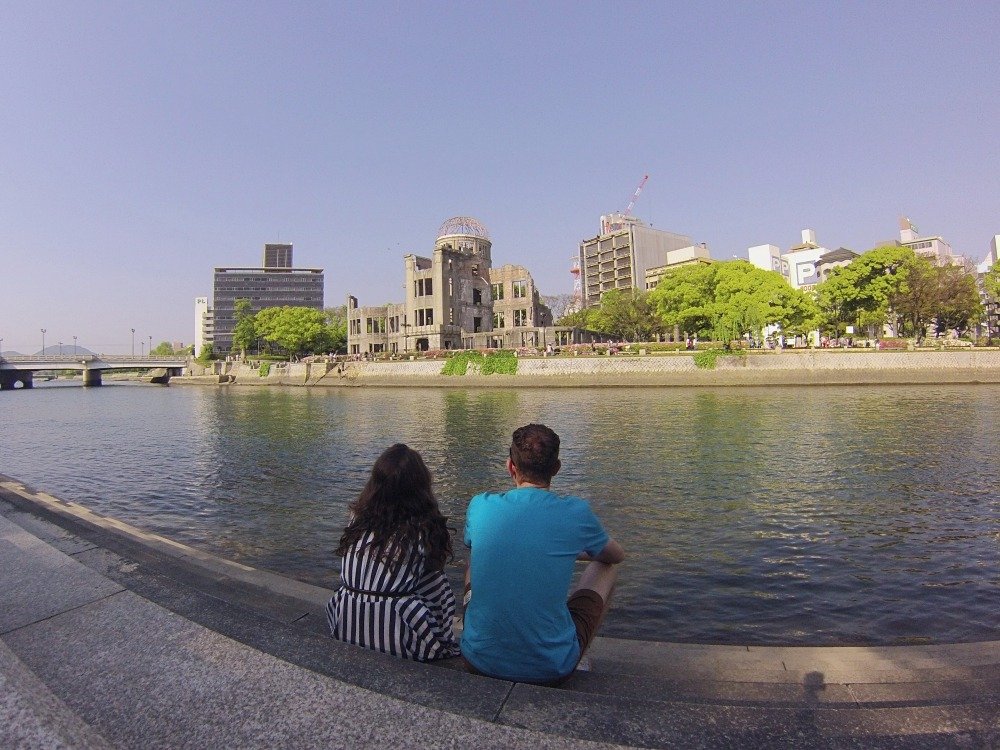 This was just a quick day trip from Hiroshima. With the JR Pass you get free ferry round-trip ferry ticket from the mainland to the island. It’s an easy train ride from Hiroshima to Miyajimaguchi Station. From there, follow signs (and everyone else on the train) to the ferry terminal. It’s only a short walk. The ferry ride was so beautiful and one full day on the island was more than enough. If you want to stay on the island there are a few guesthouse options.

We drank some of the local craft beer, bought lots of street food and Momiji Manju (a red bean cake dessert popular in this region) and even some popsicles. Then I hiked up to the top of the Mt. Misen in ballet flats. I wouldn’t recommend that to anyone. I mean, hike the mountain, but wear sneakers or something – it’s kind of steep and rocky in places. It took us about 45 minutes to reach the top. It’s a stunning view over the rest of the island and back to the mainland.

There’s also tons of wild deer here too if that sways you one way or another. They will approach you if you’re eating something here. They’re bold little buggers and I watched one deer eat a little kids ice cream right out of his hand. Sad for the kid and really bad for that deer’s health. 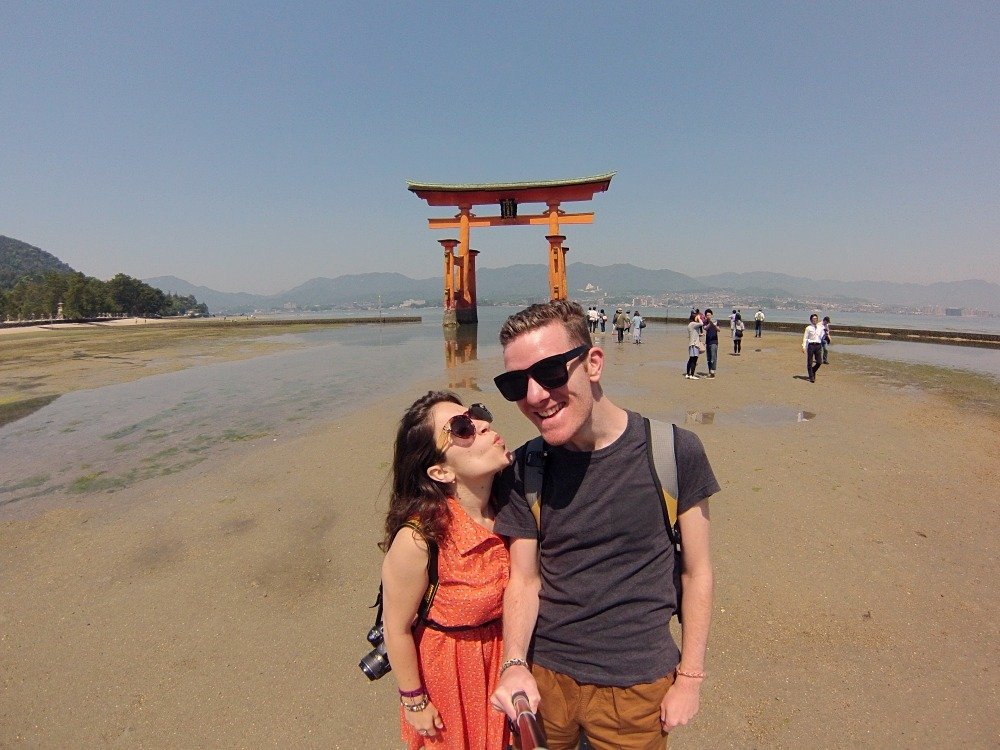 I talked a lot about my favorite spots in Tokyo in this post. Six days was a good amount of time. I mean, you could easily spend 2 weeks in Tokyo alone exploring, eating, trying different Izakaya bars, eating some more. It’s just such an eclectic city. What else would you expect from the largest city in the WORLD? (by population)

If you only have a few days to explore the capital, check out this four day Tokyo itinerary from Once in a Lifetime Journey.

Getting Around: It’s good to know beforehand that if you plan to take the subway around, there are two separate and privately owned subway lines. If you want to ride them both be sure you buy the combo ticket ($10 for a one-day pass). If your JR Pass is still valid you can use it on any of the train lines that run through the city.

Where we Stayed: We stayed in a capsule style dorm room at Ace Inn. For two of us it was $60 a night, which is pretty steep for a dorm room in my opinion, but this was so much more than a dorm room. The capsule beds were like their own little private rooms. Do bring ear plugs if other people snoring wakes you in the middle of the night, though. The hotel was clean, the staff were super friendly, and 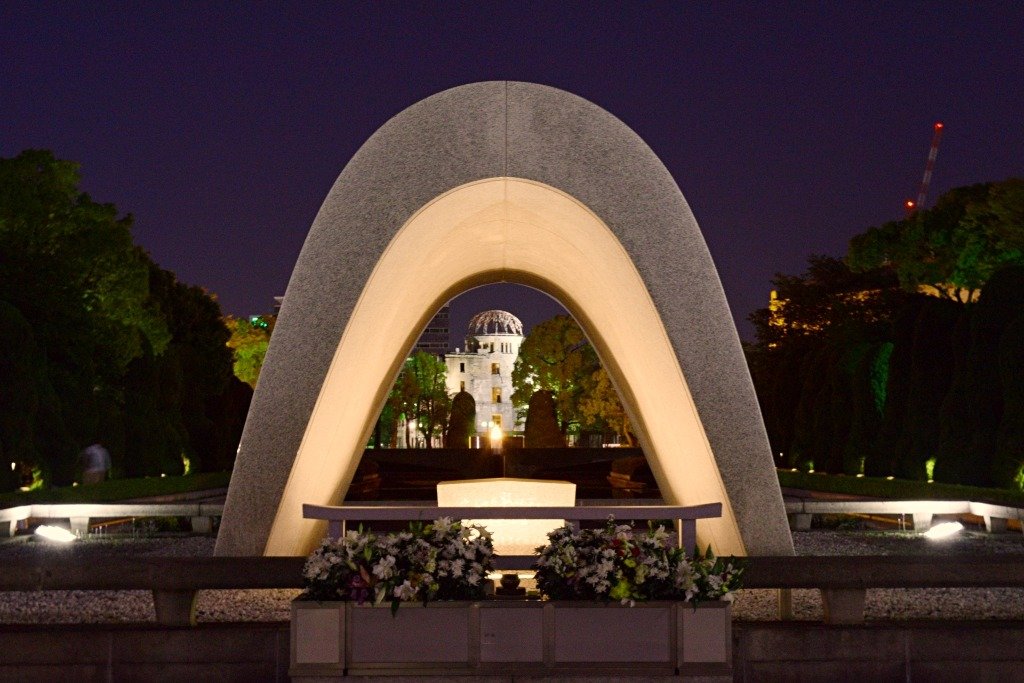 What I Would Have Done Differently

Are you planning a trip to Japan soon? What other questions do you have? Let me know in the comments or over on Facebook!

Jealous! You get to see all the places I want to visit, probably would spend more time in Kyoto than in Tokyo. Thanks for sharing! I'm definitely going back to this post for future reference!