Uber in Mexico City: 2021 UPDATE Everything You Need to Know 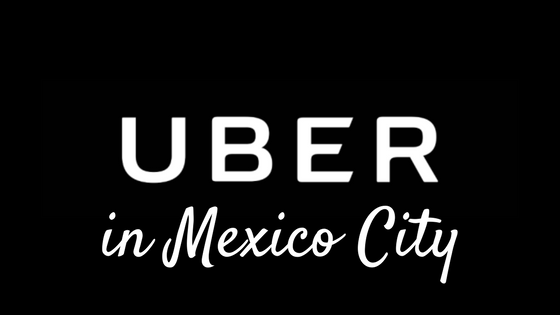 One of the biggest questions I get asked about visiting Mexico is how to get around the city. While I’ve written a pretty comprehensive post about all of the public transportation options in the city which you can read here, I want to talk more specifically about my favorite mode of transport. Uber in Mexico City is cheap, convenient, and safe.

**If you’re new to Uber, you can get a discount off of your first two rides if you use the code: laurab18897ue when you signup!

How Does Uber in Mexico City Work?

If you aren’t familiar with Uber, it’s an app that allows you to call a taxi, choose your pickup and drop off destination through your phone, and prepay for it using a credit or debit card (in Mexico you can also use cash, but I’ll discuss that later).

Once you are connected to a nearby driver, the app will give you the driver’s name, the type of car they’re driving, the color of the car, and the car’s plate number so that you know which one to get into. It’s incredibly simple to use.

Once you get into the vehicle, the driver will then navigate to the destination you’ve chosen. This is amazing because usually, with regular city taxis in Mexico City, they often don’t have meters on or navigation systems to get you where you need to be.

This might be fine for locals who know exactly how to get where they’re going, but for tourists who don’t know the city, you need to rely on the taxi driver to know the roads.

Uber drivers in Mexico City will always either Google Maps or Waze (if they ask which you prefer, always choose Waze).

In some cities, Uber now allows you to add a tip, but not in Mexico City.

You do not need to tip and in fact, my dad tried to give Uber drivers a tip when he was here and many would not accept it. 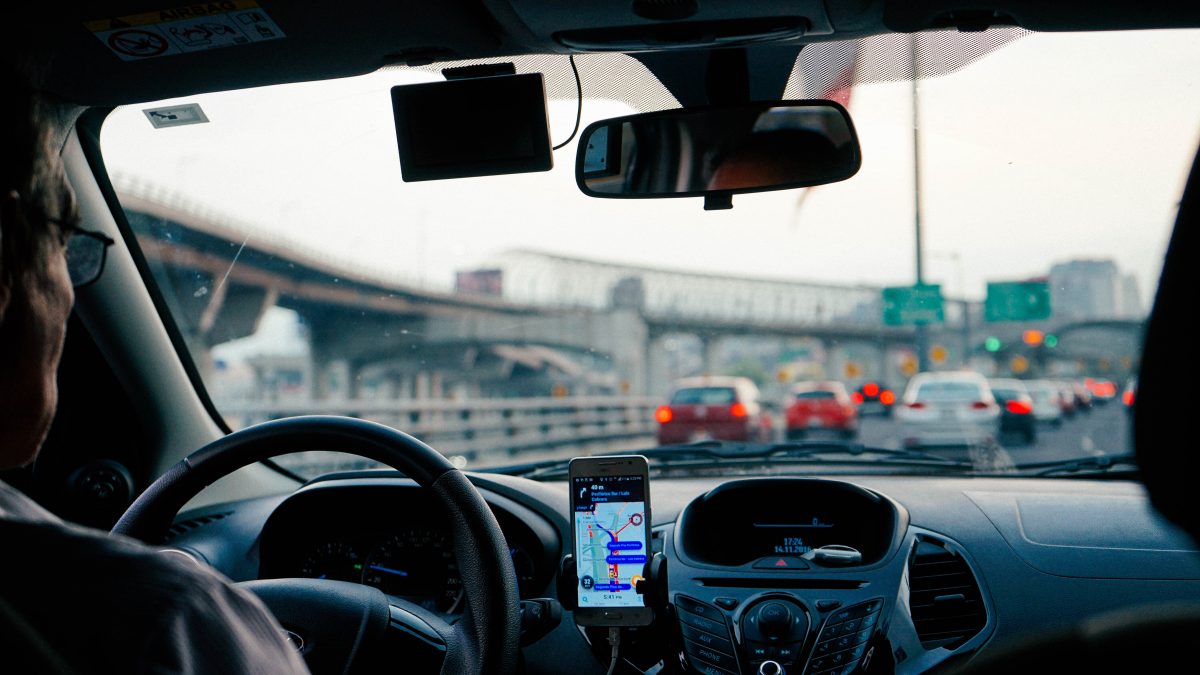 How Much Does it Cost to Take an Uber in Mexico City?

Uber in Mexico City is SUPER cheap when compared to Uber in New York or Ubers that I’ve taken in the UK.

If you are going from Condesa to Roma, it will probably cost about 40 pesos or just over $2.

If you are going from Polanco or Condesa to the Centro Historico, it might cost up to 65 or 70 pesos, which is about $4.

The most expensive Ubers you will likely take are those from the airport.

If you take an Uber from the airport to the city center, depending on what time of day it is, it can cost anywhere between 130 pesos and 200 pesos. That means the most you’ll spend is just over $10.

Like in most other cities, the price of the uber can vary depending on how many drivers are in the area, how many people are calling Ubers at that given time, and how bad the traffic is.

Sometimes you will be quoted a price of maybe 60 pesos, but because of traffic, it could cost 70 or 80 pesos.

Like I mentioned above, if you’re new to Uber, you can get a discount off of your first two rides if you use the code: laurab18897ue when you signup. Full disclosure, if you use this code, I also receive a few dollars off of my next Uber ride.

Is it Safe to Use Uber in Mexico City?

While Uber may not have the best reputation in other parts of the world, Uber in Mexico City is one of the safest ways to get around the city.

I regularly take Ubers by myself or with friends and I am always greeted respectfully and kindly. Drivers are polite and often overly helpful.

Not many speak English, but the great thing about Uber in Mexico City is that you don’t really need to speak that much to get where you’re going. 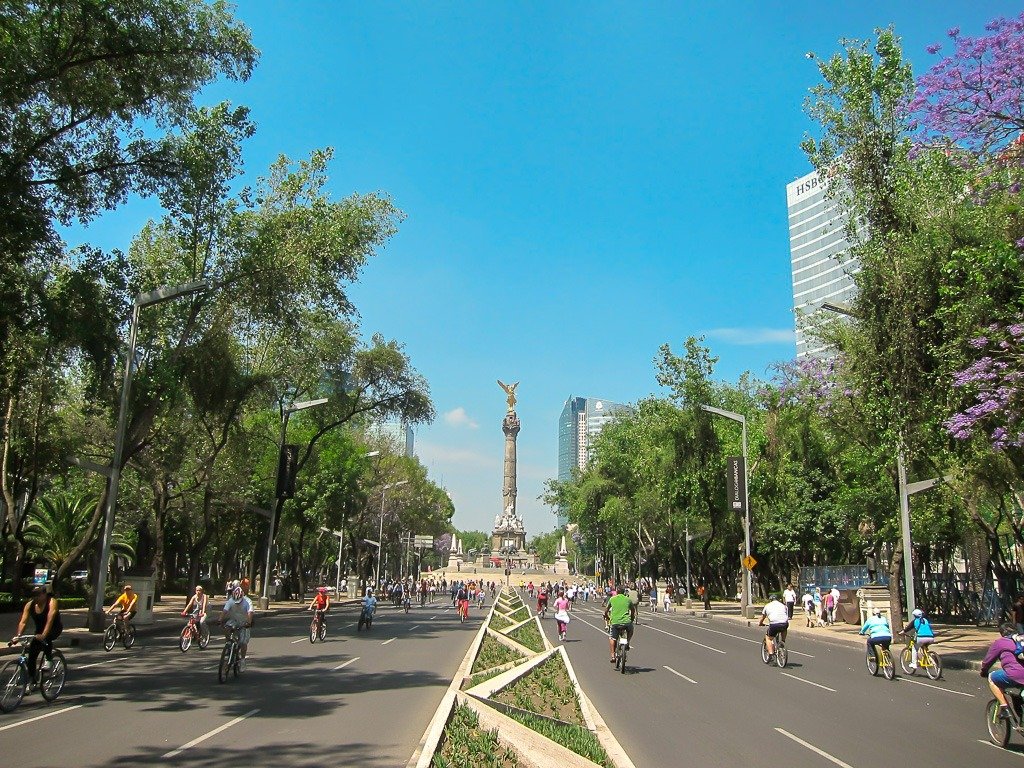 Getting Uber From the Mexico City Airport

Getting an Uber from Mexico City airport into the city center is incredibly easy. Open the app and it will locate you.

When you choose your destination and select Confirm Uber, it will ask you which door or puerta you are at.

Look at the number of the door that you are at – it is likely two or three depending on which exit you came out of. You may have to walk to one of the doors because Uber cannot pick you up at every exit. The driver will then know to meet you outside that door.

If you know the name of your hotel, but not the address, you can simply enter the hotel name into the search bar on Uber and it will find the address for you.

Paying in Cash with Uber in Mexico City

If you would rather pay for your Uber with cash, you will have to go to the payment option under your phone as shown in the image below.

Be sure to have plenty of change as many drivers will not be able to break large notes like 500 pesos.

Note: There have been mixed stories recently (early 2019) of people saying that they have not been able to pay with cash in Mexico City. It depends on the driver and the starting location of your journey as to whether or not you can use cash. Just something to be aware of.

Paying with Paypal with Uber in Mexico City

You can also pay with Paypal on Uber in Mexico City. You can set it up the same way that you would add other payment options. Simply go to “Payment”, then “Add Payment Method” and select Paypal. You will then go through the process of logging into your PayPal account and agreeing to the terms and conditions.

UberPOOL vs UberX in Mexico City

Mexico City has a few options when it comes to uber rides.

When you open up the app and select a destination you will get two prices.

If you are traveling by yourself or with one other person and want to spend a little bit less money, you can choose UberPOOL.

The system will then attempt to match you up with other people who are headed in your direction. Sometimes no one is traveling in your direction, so you get a cheaper price without having to share. This hardly ever happens, though. 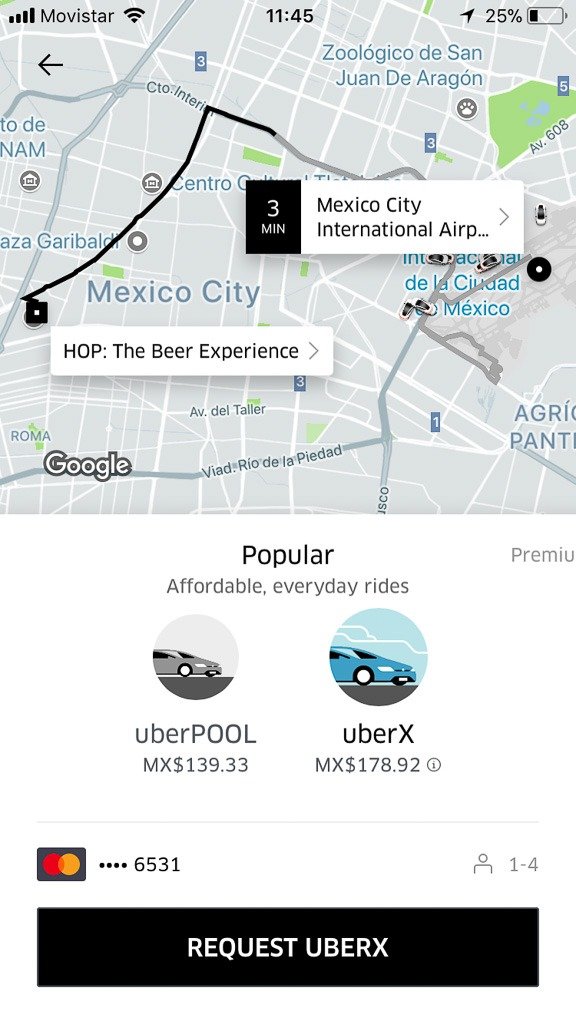 Do I Personally Use Uber in Mexico City?

I use Uber in Mexico City at least twice a week. I live on the outer edges of the city, so if I’m going to be traveling a long distance, especially during busy traffic times, I’ll usually hop on the metro because it’s very cheap and much faster than trying to get around the city above ground.

If you want to read more about the other methods of transportation in Mexico City, you can check out my other blog post about public tranport here:

Transportation in Mexico City: The Cheapest, the Fastest, the Safest.

However, I always take Ubers at night. If I’m going from a bar to a restaurant that’s located in another suburb, I’ll order a cheap $2 Uber across the city. If I’m going from dinner to my apartment, which can be up to 30 minutes away, I’ll get an Uber and it never costs me more than $6.

Where You Can Use Uber in Mexico

You currently cannot use Uber in Cancun, at least not in a way that I feel comfortable with.

The taxis there are very against it and Uber drivers often find themselves in danger if they go to the wrong place (definitely not getting an Uber from the airport in Cancun!).

I don’t believe that there is Uber in Oaxaca, San Miguel de Allende, or Chiapas.

Tipping on Uber in Mexico City

Once the trip is completed you can now leave 10, 20, or 30 Pesos for the driver. I usually add a 10 peso tip unless they were really fantastic then I’ll give 20 or 30 Pesos. Leaving a tip is not required nor is it expected at this stage.

Get a Discount on Uber in Mexico

If you’ve never used Uber before, sign up with this link to receive 50 pesos off of your first two rides.

Since I first moved to Mexico City, tons of new competitors of Uber have arrived to the city. You can now also download the following apps:

How to Change Your Region (on Apple) to Download Didi Rider

These are screenshots of how to change the region on your phone if you currently have an Apple iOS.

GET MY MEXICO CITY GUIDEBOOK! 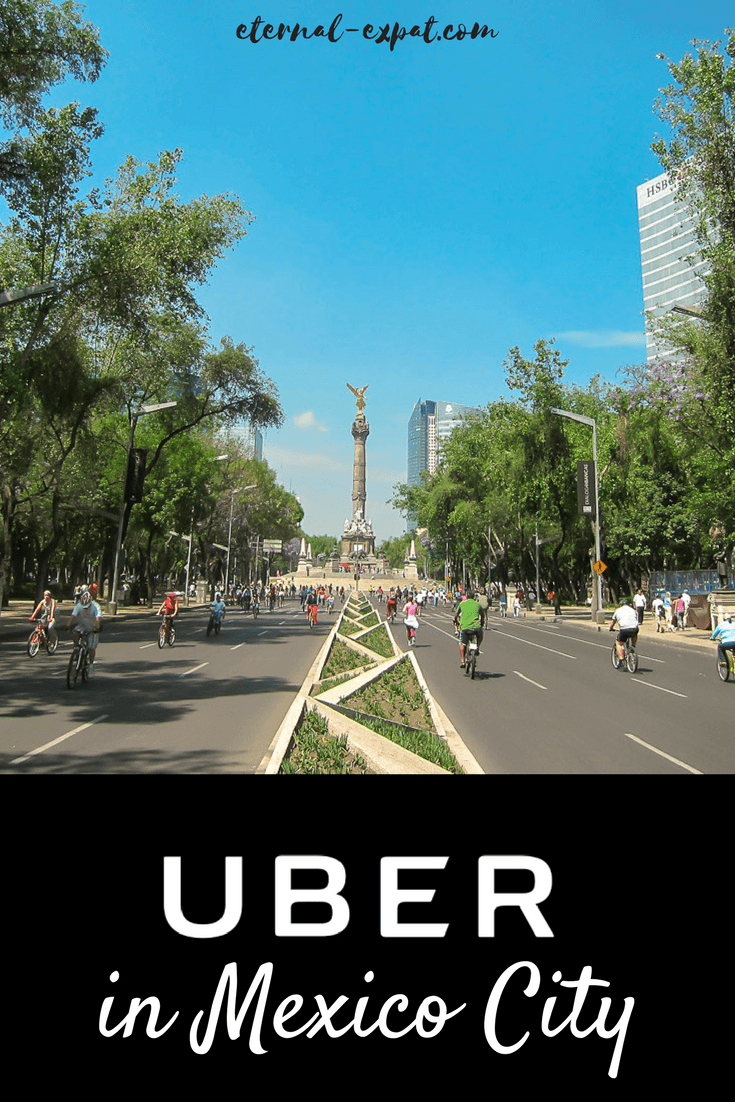 92 thoughts on “Uber in Mexico City: 2021 UPDATE Everything You Need to Know”