There are a decent number of Mexican airlines that fly both domestically and internationally. In the last five or so years that I’ve lived in and traveled around Mexico, I’ve just about tested them all. Some several times over.

The main Mexican airlines that you’ll find when planning your travels around Mexico are AeroMexico, Volaris, Viva Aerobus, and AeroMar. There are a few new ones like TAR airlines that are trying to break into the scene, but I have yet to see any flights from them out of Mexico City.

I always use Kiwi when I book my flights whether it be on Mexico airlines around Mexico domestically or I’m looking to fly internationally to visit family back in the US.

The thing I like about using Kiwi is that it allows you to see all of the route options that are available and you can mix and match flight options. The other reason is Kiwi consistently shows the best prices on flights. 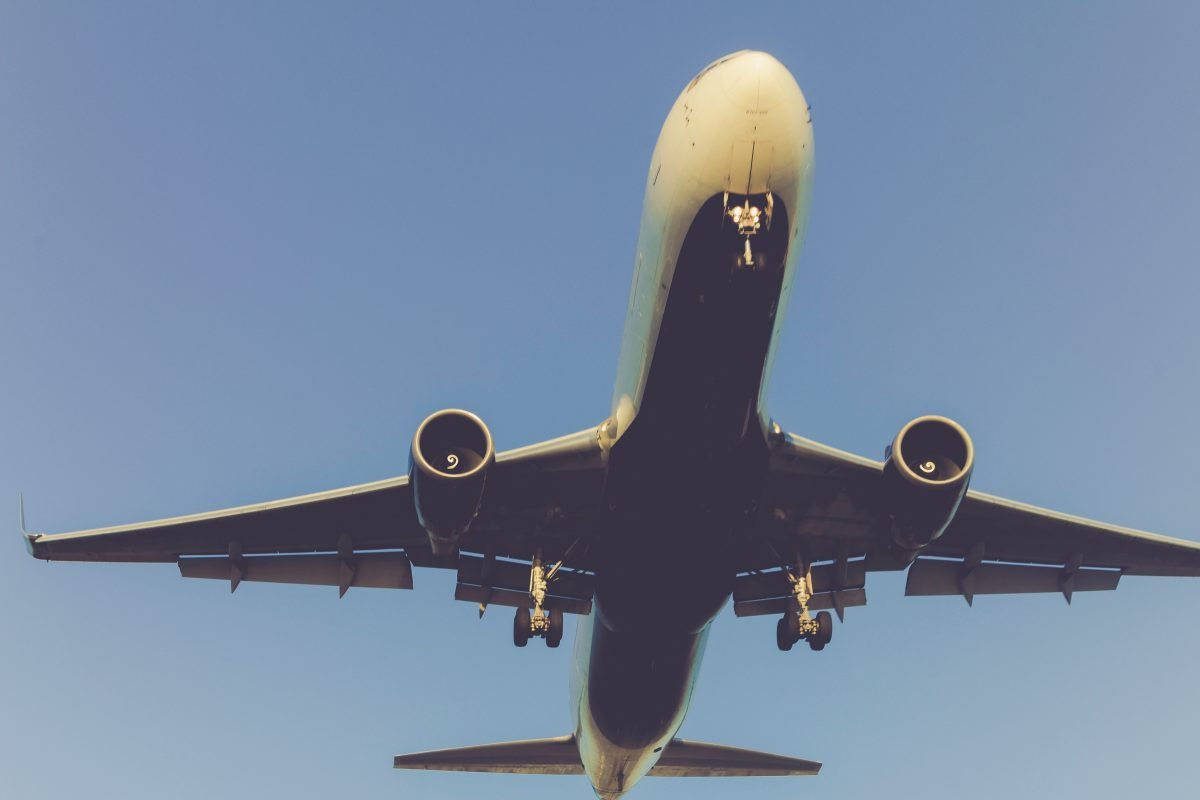 AeroMexico is the national carrier here in Mexico. It’s part of the Sky Team and therefore the Skymiles alliance. If you have a credit card with Delta (a great card if you fly back and forth to the US and Mexico City often!), then you can get miles for flights taken with AeroMexico.

The quality of the planes vary, but I have found their customer service is the best, the snacks and drink selections are the best, and the check-in process is easiest. Everything can be done digitally. If you have a checked back, you just bring it to the baggage check and drop it off.

If you fly with AeroMexico into or out of Mexico City, you’ll enjoy Terminal 2 which is dedicated solely to AeroMexico and a few other flights (like Delta). It’s small enough that you can get through security quickly and check-in at that terminal is an utter joy.

It is usually not the cheapest option, but your flight almost always includes a checked bag, a snack or meal depending on the length of the flight, and a decent amount of legroom.

Viva Aerobus gets a bit of a bad reputation, and perhaps they sometimes deserve it. They are known around Mexico for constantly overbooking flights, especially over busy holiday periods. They are constantly delayed. The booking process on their website it a little bit of a nightmare because you have to physically uncheck all of the boxes for the added things you don’t want like paying for a seat, paying for an extra bag, paying for insurance.

That being said, I have actually had some good experiences with Viva Aerobus flying domestically around Mexico. I have flown with them to La Paz as well as to and from Huatulco and other than being delayed (which often is a general Mexico airport problem and not a Viva Aerobus problem) I had a great experience.

I should warn that I don’t really recommend using Viva Aerobus if you are checking luggage. The check-in process at the airport can be a total nightmare, especially at Mexico City airport. The lines are endless and they never seem to have enough staff on.

But once you’re on the flight it’s mostly pleasant. It sometimes includes a drink and a small snack and the last two times that I’ve flown with them I actually had a ton of leg room. 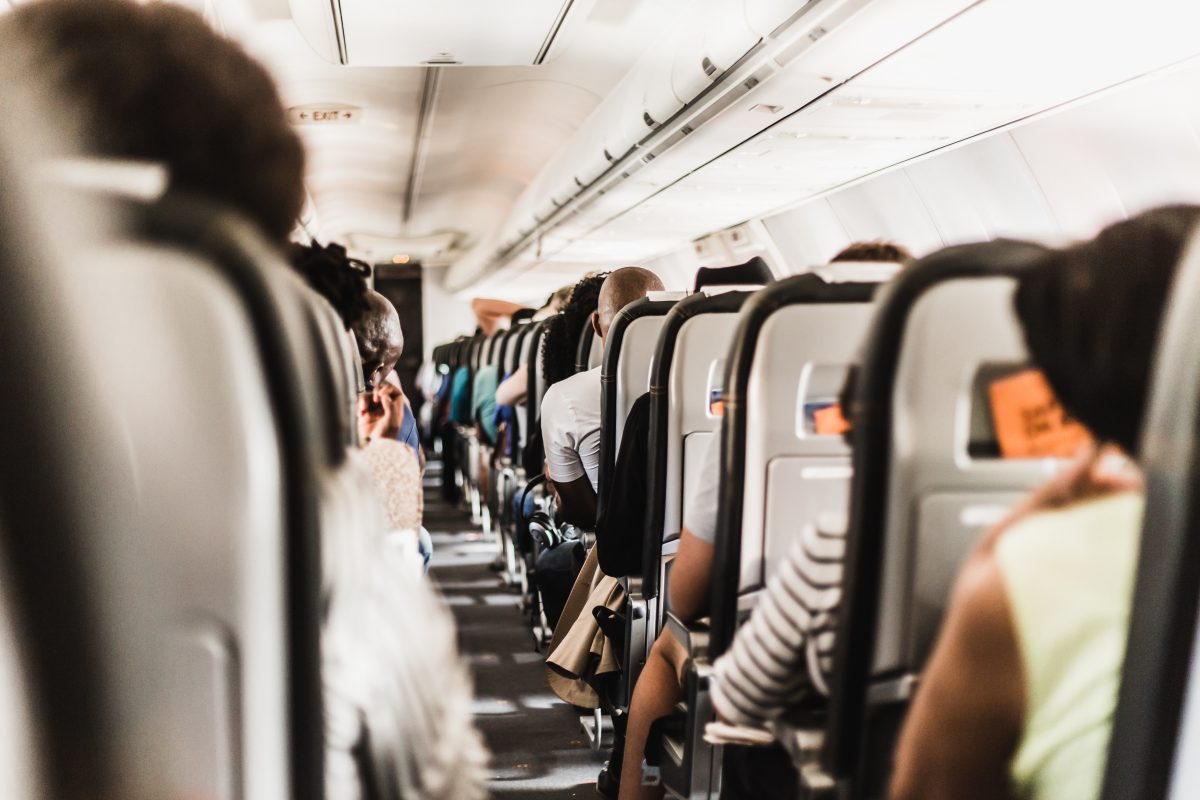 I loved Interjet. I don’t know if they class themselves as a budget Mexican airline, but I tend to put them in that category simply because their flights are usually pretty affordable. If there are a few flight options to a destination I want to visit and I can fly Interjet for only a few dollars more, I always choose Interjet (unless AeroMexico is the same price, then I choose AeroMexico).

I’ve flown with them about half a dozen times now and had mostly good experiences. The positives about Interjet are that you can get one checked bag included in your flight even when you book the lowest price ticket. There are three levels of tickets – Light, Optima, and Priority.

With Light, you get a checked bag and one hand luggage (although I believe this has changed depending on your destination, so always double-check).

Interjet also has free snacks even on short flights. This is a big perk in my opinion. You get one free drink (which can be beer or spirits if the flight is after 12 pm) and a bag of chips to hold you over. I thought that was a nice touch.

The only qualm I have about Interjet is that they are often late when I fly with them. This is a huge bummer when you’re trying to get a connecting flight. They were massively delayed when I was flying from Cancun to Mexico City and I had to sit in the airport for almost two hours extra. Another time I flew with them I was getting a connecting flight to the UK and the flight was so delayed I was worried I was going to miss my connection (it was fine in the end). 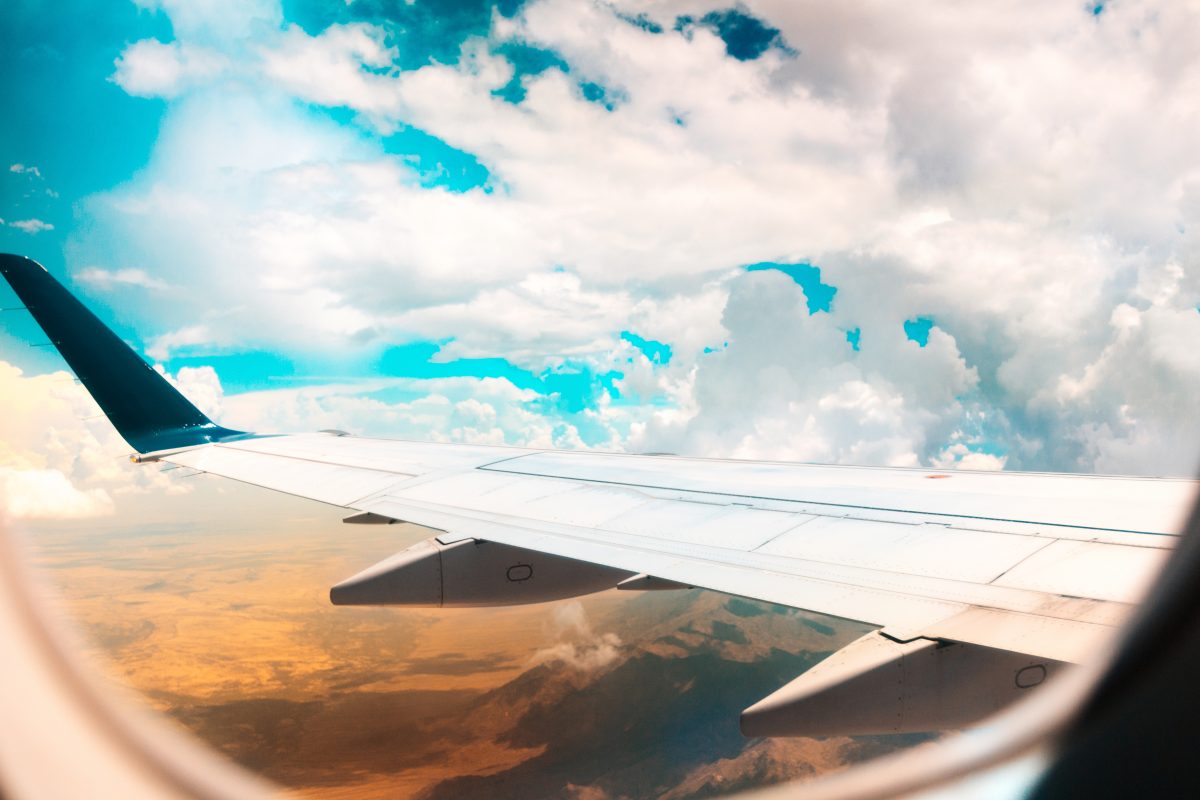 Volaris has quickly become my least favorite Mexican airline. I used to think it was one of the better budget airlines in Mexico, but after flying them twice in the last 12 months or so, I have put them to the bottom of the list.

The check-in used to be really simple in Mexico City with automated machines, but for some reason they have since removed them and now, just like with Viva Aerobus, you have to get in line to check your bag or check-in if you haven’t already done so on the app (always use the app).

Volaris recently came in with two different ticket prices. You can have two cabin bags for a lower price (so no checked bags included). That ticket is called the “Clean Base Fare.” If you want a checked bag included, simply select the “Regular Ticket.” The price difference is usually very minimal, we’re talking a few dollars difference.

When compared to the other budget airlines, you’re looking at total base here. There are no free snacks or drinks on board, you must pay for everything. The legroom is minimal and I’m only 5 feet tall. On a recent flight from Mexico City to New York there was no entertainment, no food (except what you buy) and it was FREEZING onboard.

I know these are things that come with budget travel, but when Interjet and AeroMexico often charge similar prices for better service on the same routes, it’s hard to figure out why anyone would fly Volaris. 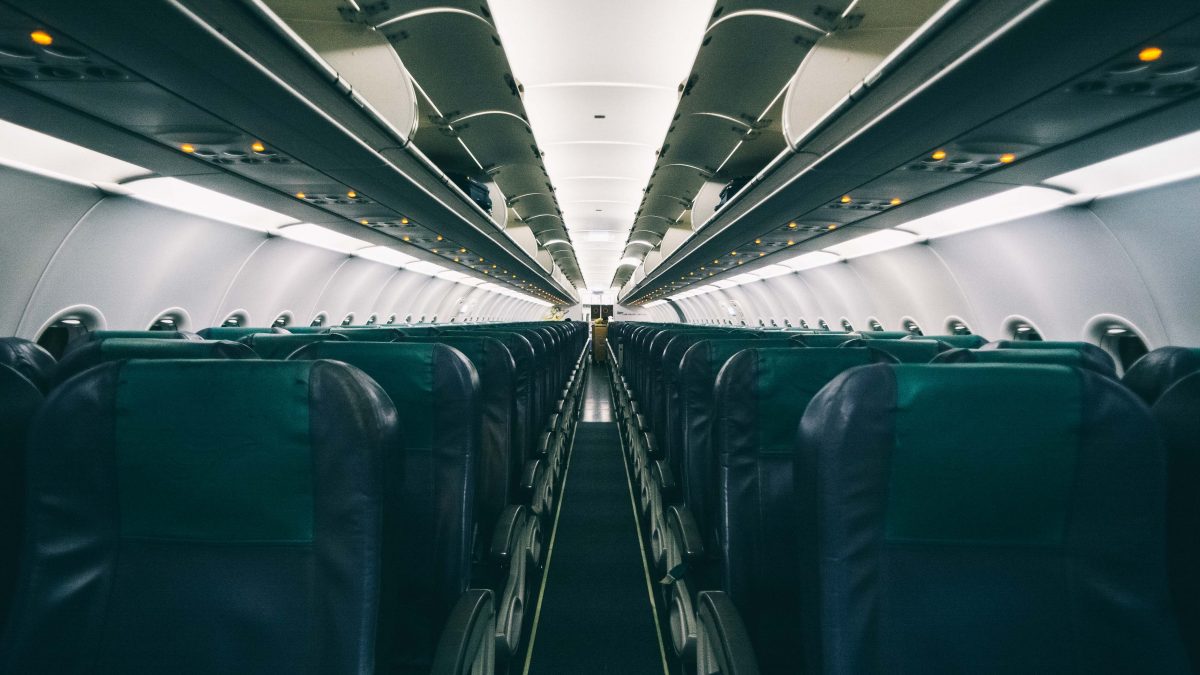 I’ve only flown AeroMar twice before, but I enjoyed my experience. The planes are really just for short internal flights around Mexico. I took it from Mexico City to Puerto Escondido and back again. It’s less than 2 hours in the air and yet it feels a little bit like luxury.

I think because the planes are so small it feels a little bit like you’re flying on a chartered plane, but it’s still big enough that it doesn’t feel like one of those little propeller planes.

They are usually pretty affordable, especially from Mexico City to smaller airports around Mexico. You’ll find they mostly operate in the southern part of the country. They also use Terminal 2 at the Mexico City airport, another big plus of using AeroMar.

According to their website, they do also run a few flights a day to different parts of the US. I haven’t used them to fly internationally so I can’t comment, but if the service and flight are anything like their domestic flights, then I’m sure it’s very comfortable.

If you really do want to feel like you’re flying charter (but aren’t) then there’s always Calafia. They basically fly between the Yucatan, Chiapas, Cabo, and a few other coastal areas of the country.

They are not usually the cheapest, however, they have routes that basically no one else has. I flew from Palenque to Tuxtla Guttierez in Chiapas with Calafia. They fly between smaller airports which means you don’t always have to go back to Mexico City to connect to somewhere else in the country.

Want to know more about traveling in Mexico? Visit the Mexico section of my blog to check out over 100 posts about this amazing country. 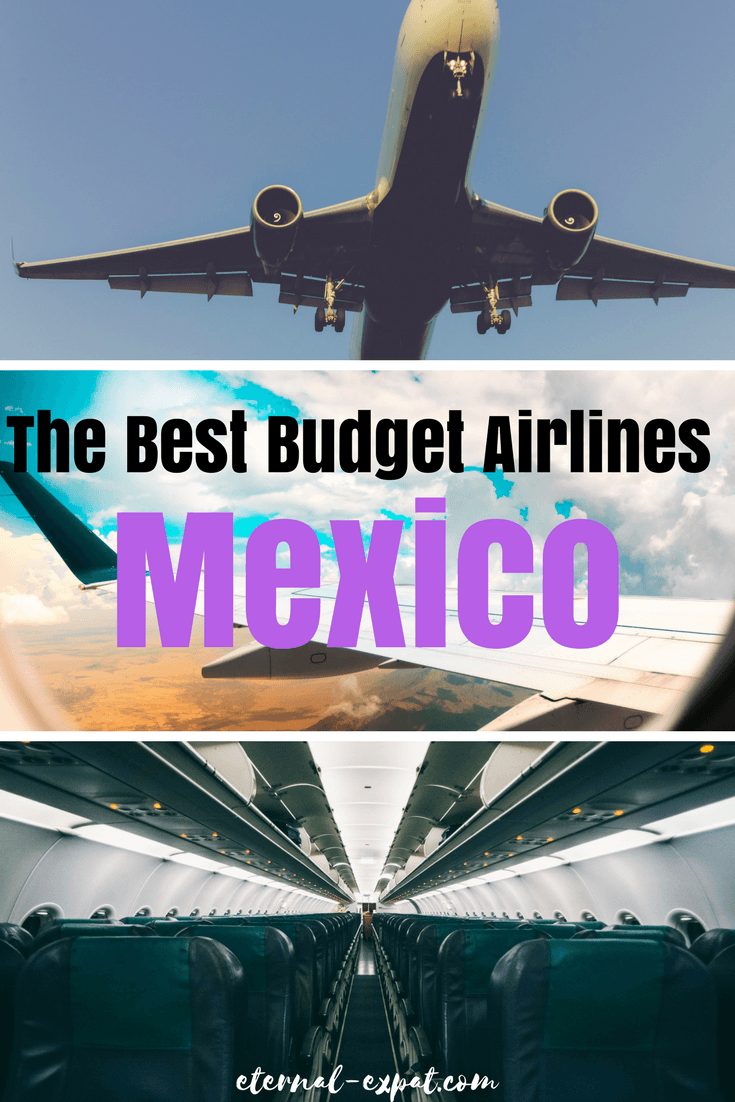 It depends on the airline, what terminal in CDMX you are in/if you need to change terminals. I would allow yourself at least 2 hours to make internal changes in CDMX because it is quite a big airport and if you have checked luggage, the process can be sloooow.

Thanks for the great info. I've not heard of any other than AeroMexico. However, I'm moving to Mexico so need to get familiar. I will check for updates now that we are moving on from Covid (in some areas) and see what sort of prices I can find. As for who needs 3 checked bags lol someone such as myself who is moving because my little dog travels in the cabin with me and counts as my carry-on. Also, I'd imagine anyone traveling with kids loses some carryons due to kid items needed in the cabin. I look forward to trying some of those in-country flights.