Uber in Puerto Rico is pretty much exactly like Uber everywhere else in the world. If you already use the app, you can rest assured you will be able to use it in exactly the same way you use it in your home country.

I use Uber in Puerto Rico whenever I’m there and think, besides renting a car, it’s the easiest way to get around San Juan.

Using Uber at the Airport in San Juan

You cannot use Uber when exiting the Airport in Puerto Rico.

The only way to get out of the airport in San Juan is to take an airport taxi.

When you come out of the arrivals area, collect your luggage, and exit to the front of the airport, you’ll see a line for taxis. Here you will pay $21 to go to the center of San Juan and around the hotel district. It’s slightly more if you are going to Old San Juan.

You can, however, take Uber from San Juan downtown area, back to the airport.

I took an Uber from Ocean Park area of San Juan to the airport and it cost me $6. Obviously, significantly less than the airport taxis. 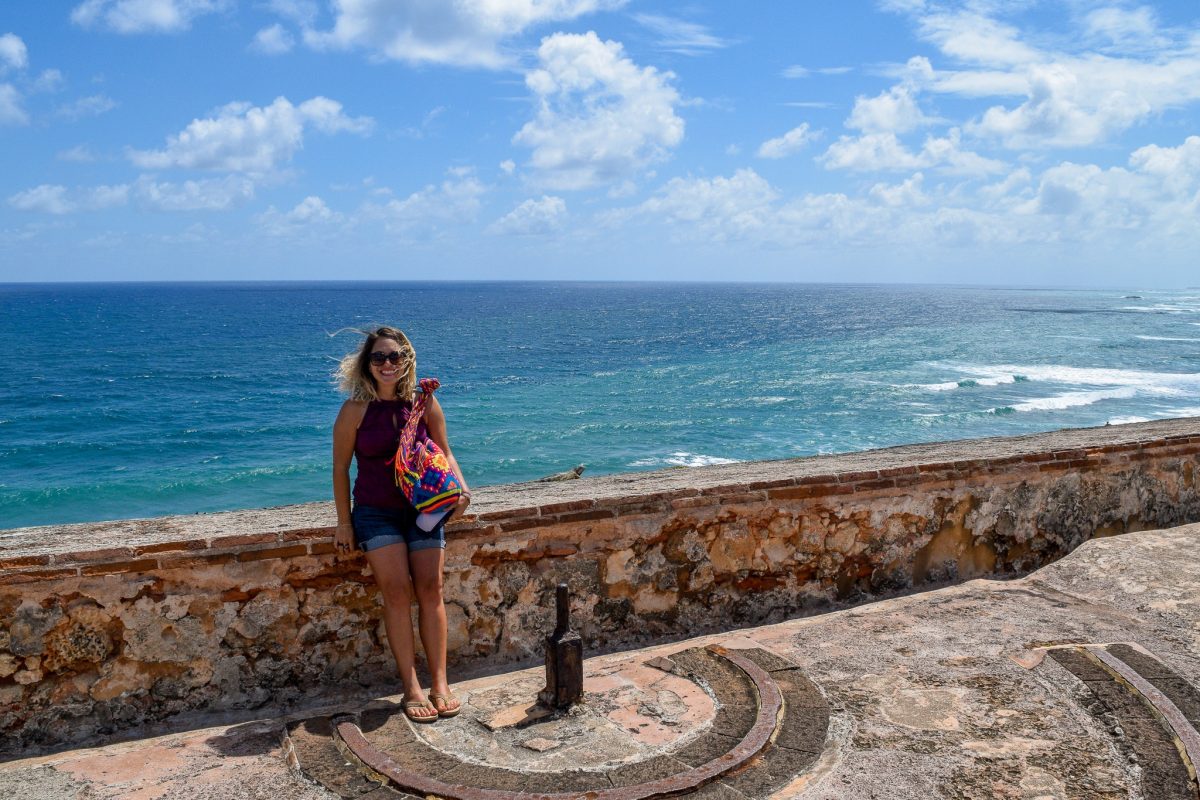 Where Can You Use Uber in Puerto Rico?

Uber is available all over San Juan. You can take it from one end of the city to the other and most rides cost less than $10.

When I was staying in Ocean Park, I took Uber to Old San Juan to check out all the things to do in San Juan.

I traveled the outer area of the island and didn’t find Uber anywhere else besides Rincon and San Juan. However, according to their website, Uber is also available in Ponce.

Is Uber in Puerto Rico Safe?

I took Uber by myself and sometimes with a friend that I was traveling with and either way I felt safe.

Just like in other parts of the US, Uber drivers go through a background check. The cars are nice and relatively new. Every single one I got in was large (SUVs or minivans) and clean.

The drivers were mostly men, although I did have one female driver while I was there. All were respectful and for the most part, simply picked me up, kept to themselves, and dropped me off without much chit-chat. 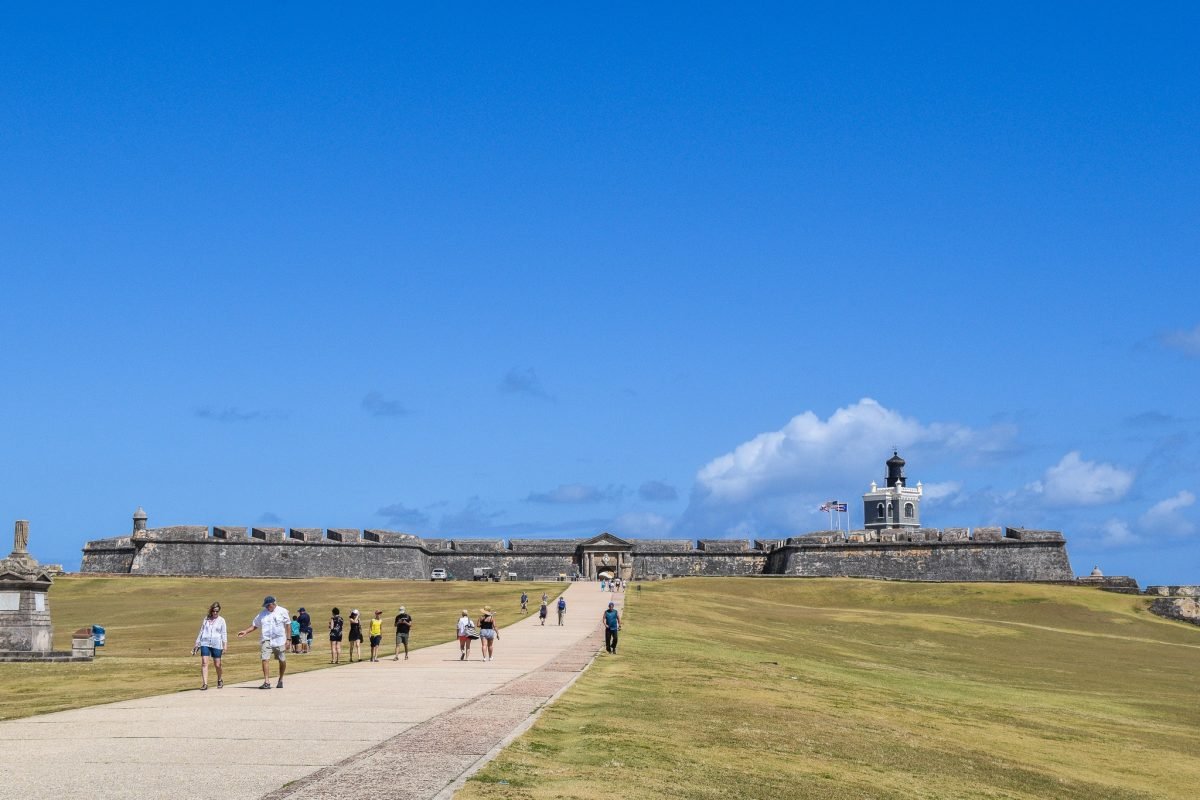 How Much Does it Cost to Take an Uber in Puerto Rico?

Uber in Puerto Rico is slightly less expensive than Uber in New York, but not quite as cheap as Uber in Mexico City.

If you are traveling to Puerto Rico from somewhere other than the US, just know that the prices quoted on Uber will be in US Dollars.

How to Use Uber in Puerto Rico?

If you have never used Uber before, fear not. It’s a very simple app.

Simply download it onto your phone from the app store. It’s available for both Apple and Android.

You will need to enter your phone number and create a login.

Then you should add a credit or debit card to the payment section of the app. In some parts of the world, you can pay in cash with Uber, but in Puerto Rico, you must use a debit or credit card.

Every time you order an Uber, it will charge that card with the amount shown to you before booking.

There are a few options available on Uber in Puerto Rico when you want to book a car.

You can choose to have Uber X which is simply an Uber that you take on your own. This is for between one and four people.

If you have more than four people in your group, you will either need to book two vehicles (you can only book one vehicle at a time on your app, so someone else in the group will have to book the other Uber) or you need to book a larger vehicle.

If that is the case, you can book what’s called an Uber XL. This will bring you a vehicle that fits up to 6 people (excluding the driver). 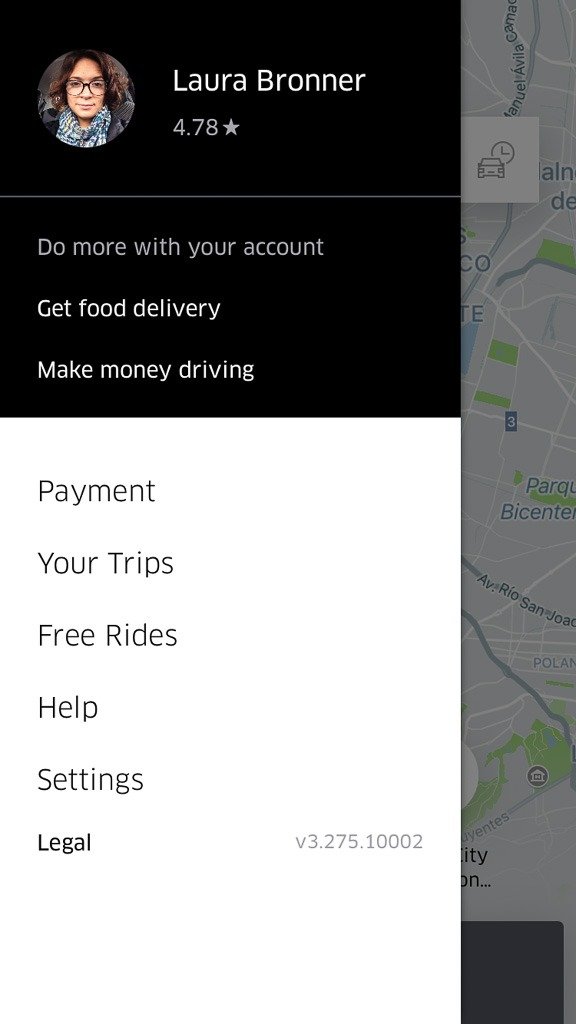 In the setting section of the app, you’ll be able to see where to add payment methods, how to track your previous trips, and even how to get some free rides be sharing your codes with friends

Should You Tip & How to TIp

If you are from somewhere other than the US, tipping all the time may feel strange, but tipping your taxi and Uber drivers is pretty common practice in both mainland USA and in Puerto Rico.

Once you complete your trip and you go back into the app, you can add a small tip for the driver. This will be added to the total on your credit or debit card.

Alternatively, you can offer the driver a cash tip when you exit the car.

A few dollars is more than enough when the ride is less than $10.

Do you Need a Different SIM to Use Uber in Puerto Rico?

If you are from the US and you have a US phone plan, your phone will work as normal in Puerto Rico. Although an island, Puerto Rico is completely part of the United States, so your phone should work as though you are back home.

If you are not from the US, you can still use Uber, you will just have to use it on Wi-Fi or you will have to get a US SIM card when you get to the island.

Any phone store in San Juan like Radio Shack or AT&T can set you up with a pay as you go card that will allow you to have some data while you’re on the island (or traveling anywhere else in the US).

How can I get to El Yunque or Toro Adventure? Was trying to avoid driving myself. Thank you!

Can I find a car service to take me from San Juan to loiza??

How much is uber from San Juan airport to Guanica Puerto Rico?

You cannot get an Uber from San Juan Airport. You must take an airport taxi. You can try to take the airport taxis into downtown San Juan and then get an Uber from there, but I would guess that no Uber driver is willing to take you out that far. Your best bet is to hire a car or hire a driver.