The reopening of tourism in Mexico is a slow process, but it has well and truly begun in many parts of the country as of June 1st.

This article is being constantly updated to ensure that you have the most up-to-date information about things reopening in Mexico for tourism.

The Mexican government has created a red light system that rates each state of the country based on whether or not the cases are decreasing. 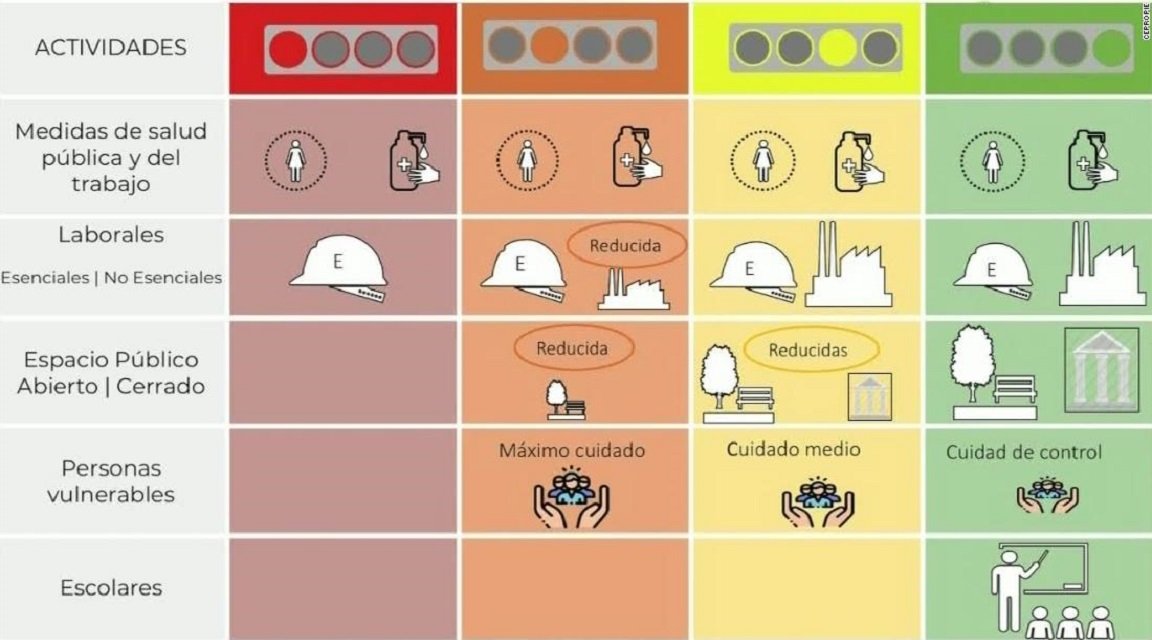 The image of the woman with a circle around her represents social distancing. The water bottle with the hand is that you should continue to wash your hands.

Under red, construction is allowed to continue, but basically nothing else.

At the orange level, restaurants and hotels are able to open. Depending on the state, this seems to be anywhere from 30-60% capacity depending on the case numbers and the local government.

More public spaces can open under this as well as gyms and hair salons.

Under green, basically everything is allowed to be back open with care still being taken and a slightly reduced capacity still in place. No state is at this stage yet, so there’s no way to know what this stage will look like until it actually happens.

The airports in Mexico never closed.

The airspace and general ability to fly into and out of Mexico has never changed.

I know many people’s flights were canceled into Mexico during the quarantine, but this was airline led, not country-led.

Mexico has never shut its borders.

Many airlines that stopped flying between major hubs, like AeroMexico to the US, will resume as of June 1st.

That being said, the country is taking a lot of precautions in all of its airports.

All restaurants and shops are take-out only if you want to have food. You cannot currently (as of June 8, 2020) sit inside any of the restaurants in the airports in the major hubs of Mexico. This may be different in smaller less frequented airports.

When you arrive in Mexico from outside of the country, your temperature is checked. This is true if you land in Mexico City, Cabo, and Cancun. Whether it is happening elsewhere, I’m not 100% certain.

However, the government has put strict guidelines in place to ensure that the airports around Mexico are as safe as they can possibly be.

There is an immense amount of social distancing happening inside them. There are not nearly as many staff as there used to be. The airports are cleaned from top to bottom each night to ensure they are sanitary. 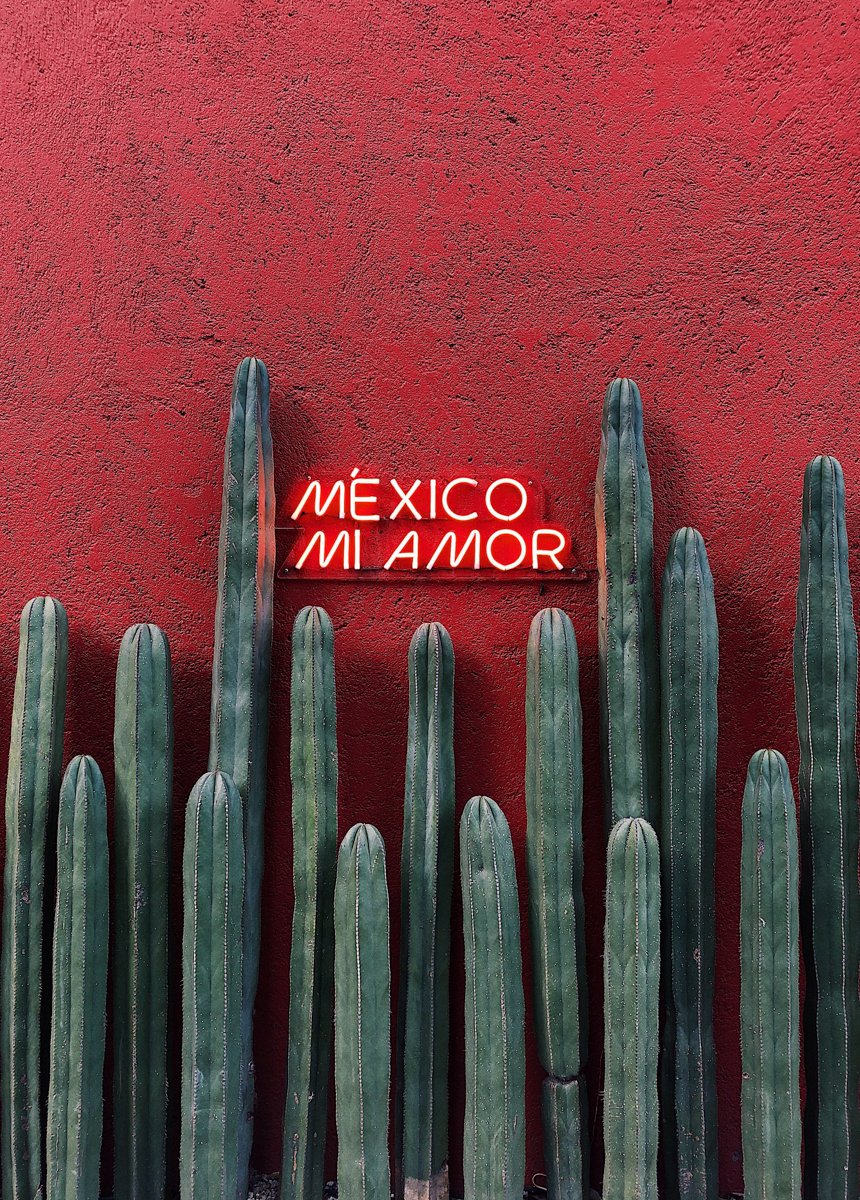 Crossing Into Mexico by Land

As mentioned above, Mexico’s borders were never shut.

The US borders have shut in certain places including the largest border crossing at San Ysidro (outside of San Diego).

If you want to cross into Mexico, it is still possible.

June 9th Update:  I have been recently told by a reader that in some border crossings in Texas, people have been turned away and were not allowed to cross into Mexico. They were only allowing essential travelers to cross the border, not tourists.

You can ALWAYS cross back into the US if you have a US Passport or valid Green Card.

You can get the most up-to-date information about the land border crossings on the US Embassy of Mexico website.

June 22nd Update: The land-border crossing between Mexico and the US will now remain closed to tourism crossings until July 21st at midnight.

Adding a whole month onto the delay seems extreme and I assume is being driven more by the country to the north than the one to the south.

Again, this doesn’t mean that you 100% cannot cross the border, but you have to have a pretty good reason to get yourself across at this point. 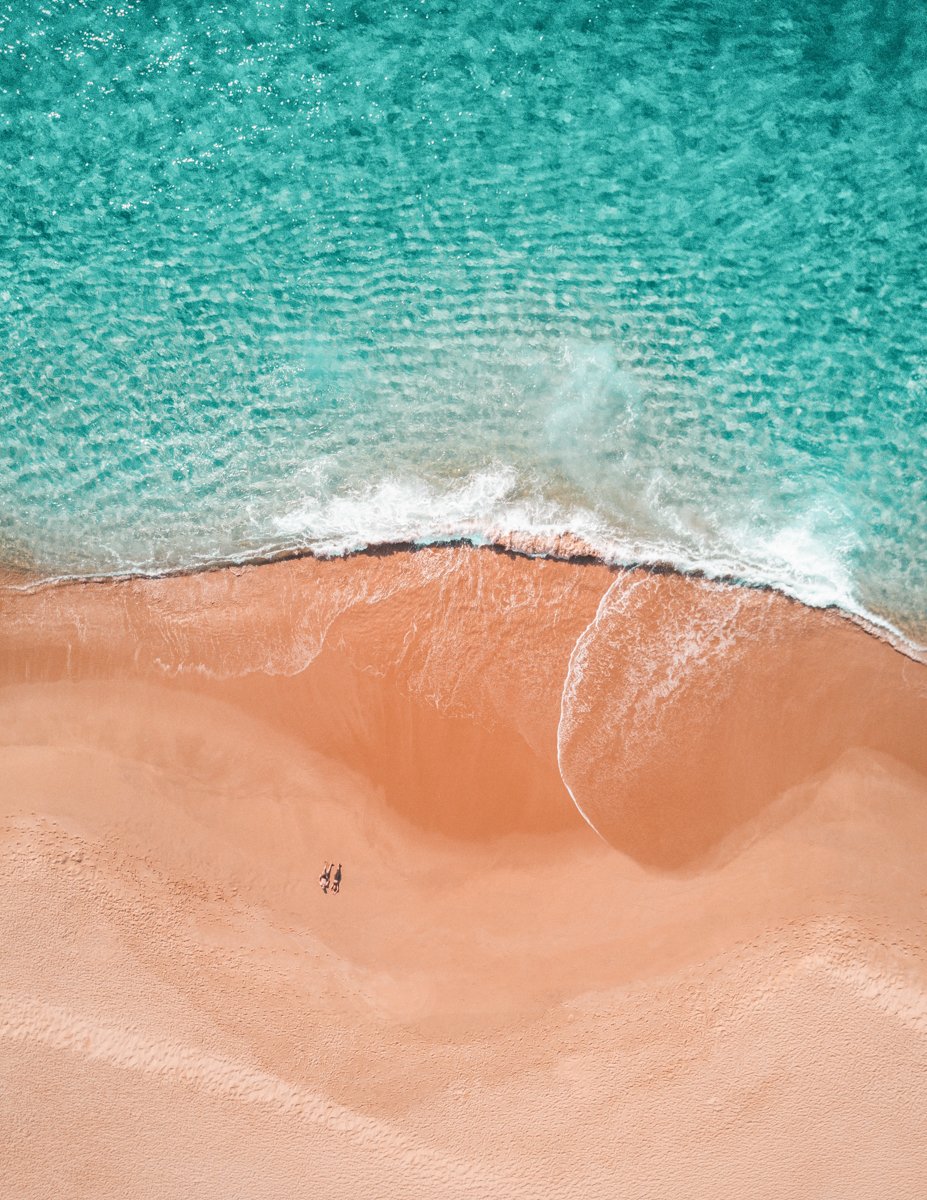 What Areas are Open in Mexico Right Now

As of June 1st, several areas around the country began reopening to tourism.

A few of the most popular areas that are back open to tourism include Puerto Vallarta and Cancun.

These are the beach areas around Cancun that are open right now. Many of the big resorts have opened around both Cancun and the nearby Isla Mujeres, but buffets and public places inside the resorts may remain closed for a few more weeks.

This week, the Yucatan went into the orange zone, so they will begin to open things around the state (maybe even the beaches!).

At the moment, large cities like Mexico City and Guadalajara continue to show a rise in cases, so remain in the red. It is best to avoid these cities and their surrounding areas as best you can in the coming months until the case numbers begin to decline.

Update as of June 15th: Today 16 states around Mexico have gone from “red” to “orange.”

What this means exactly varies from state-to-state.

Many states are taking this as an opportunity to continuing opening public spaces including beaches, parks, and restaurants with outdoor spaces.

I was also told by a local that Puerto Vallarta has opened up the beach and Malecon today (June 15th) and hotels are now at a 30% capacity.

Beaches in Nayarit remain closed. The state remains in the red for another week at least.

June 22nd Update: I highly recommend joining this Facebook group about Covid in Mexico. The groups members are both people who are currently in Mexico and those that are not, but want to know more about the reopening process.

Members are sharing photos, news articles, and general comments about what it looks like where they are in the country right now and it has been the most helpful resource for me tracking down information in the last week or so.

Otherwise, not many changes this week versus all of the openings which started last week. News states that several more states will change to orange next Monday, the 29th of June.

June 30th Update: Mexico City has changed to orange stating that if hospitalization goes back over 65% they will go back into the red.

On Tuesday the 30th, the Zocalo in downtown Mexico City will re-open. On Wednesday the 1st of July, restaurants will be able to re-open at half-capacity.

Other helpful information about the reopening in Mexico City can be found here.

July 20th Update: Today several states have been pushed from the orange back into the red zone. This means that they have fewer than 35% of their hospital beds available.

Those states include Jalisco, Tabasco, Baja California Sur, and Yucatan.

However, many state governors are not happy with this change, particularly the governors of Tabasco and Jalisco, who are arguing that they believe they should remain in orange and indeed will continue to operate as though they are in orange rather than red.

As of Sunday, July 19th, 2020, this is a map of the estimated active cases around the country by state. 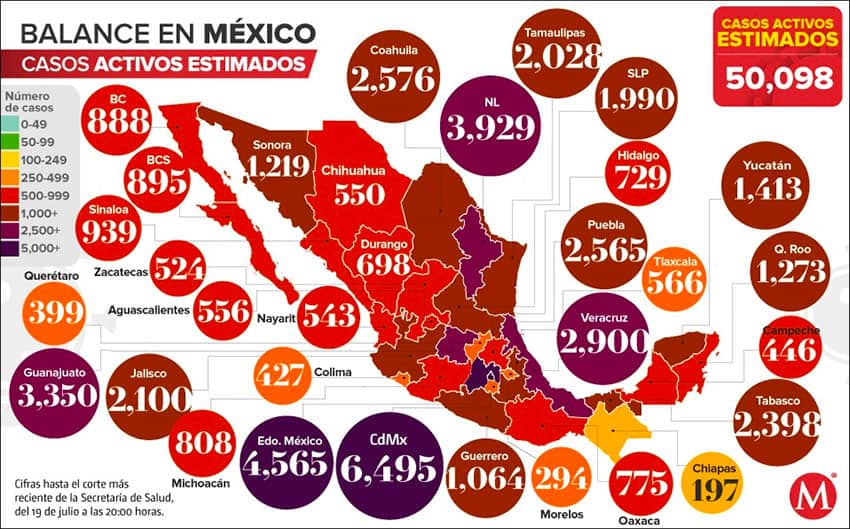 What Expats Around the Country are Saying

On June 8th, I published a video on YouTube talking about life here in Mexico City and what it looks like as the rest of the country contemplates reopening. I also spoke with a friend in Cancun, one in Puerto Vallarta, another in Merida, and finally one in Querétaro.

All of their experiences and the current situation in each location is discussed in the video below.

Is it Safe to Be a Tourist in Mexico Right Now?

Just because the country is reopening to tourism in Mexico doesn’t necessarily mean it’s the best option for you.

It’s important to know that cases are still on the rise here in Mexico. As of June 7th, 2020, there are currently just under 20,000 ACTIVE cases in the country.

Roughly a quarter of those cases are in Mexico City.

The next state with the most cases after the Mexico City metro area is Baja California. This is where Tijuana and Ensenada are located. Following Baja are Tabasco, Veracruz, Sinaloa, and Puebla.

The number of cases drops significantly from there going from around 5,000 total cases in each state to under 3,000 cases.

The states with the fewest cases are Colima, Zacatecas, Nayarit, and Durango.

You may have read that perhaps the numbers in Mexico have not been as accurate as other countries.

This means that while we are able to track to a certain extent, which states and cities seem safest, there is no real way to know for sure if the number of cases is in any way accurate.

« 10 Reasons to Visit Hoi An
Buses in Mexico: Everything You Need to Know »