If you are looking for that quintessentially English village, with stone cottages, thatched roofs, quaint churches and village pubs that haven’t changed in centuries, then the Cotswolds is the place for you.

The Cotswolds covers a large area of western England and includes the counties of Gloucestershire, Oxfordshire, Warwickshire, Wiltshire and Worcestershire.

This rural heartland of ancient market towns and villages sits in one of the most beautiful areas of the UK, and is the perfect place to really experience the best Britain has to offer.

The area is dotted with lakes, rivers, gardens, national parks, castles and palaces. You will find plenty of things to do from outdoor adventures to historical landmarks.

As the areas in the Cotswolds are so rural, you expect to find some of the freshest produce from local farmers and growers, from the field straight to the plate.

So, let’s dive in and discover the best places in the Cotswolds for visitors.

Best Towns in the Cotswolds

There are so many wonderful towns in the Cotswolds worth visiting, these are some of our absolute favourites. 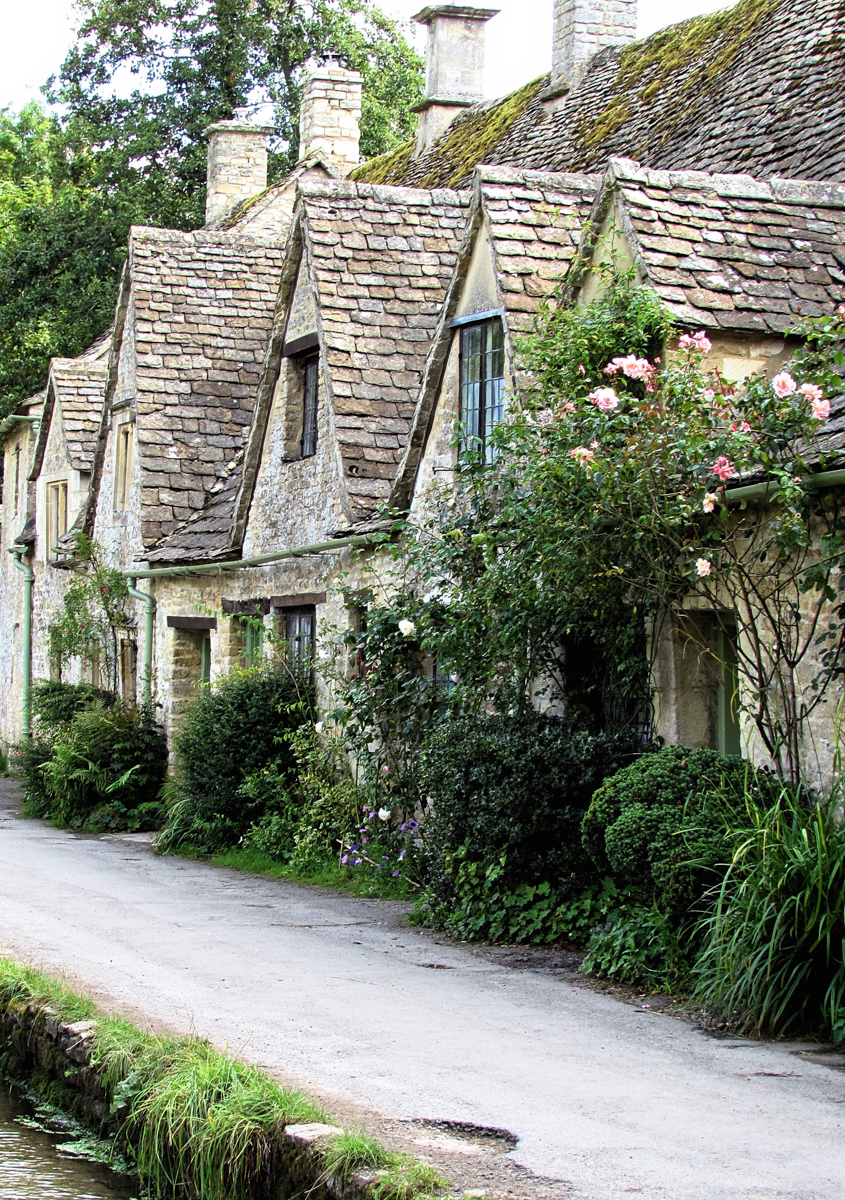 Beautiful towns in the Cotswolds.

Chipping Norton really is one of the most beautiful towns in the Cotswolds, and if you don’t believe me, just take a look at the list of residents who call it home. From royalty to former Prime Ministers, TV presenters, writers and playwrights, this town is a who’s who of British high society.

This vibrant town filled with shops, pubs and cafes is actually the highest town in Oxfordshire and sits atop a hill that used to house a Norman castle. The town has had a weekly market since the 13th Century and later was an important wool trading town from the 15th Century.

Places to see in Chipping Norton include the Almshouses; a row of eight cottages built in 1640 to home eight widows, Bliss Tweed Mill, the Town Hall and St. Mary’s Church.

Stroud is a traditional Cotswold market town overlooking the Five Valleys in Gloucestershire. It is known for its steep, cobbled streets, bookshops, tea rooms, galleries and farmer’s markets.

The many textile mills pay tribute to the town’s industrial past and it’s possible to take guided tours of these old buildings.

Stroud Farmers Market, open every Saturday, is considered one of the best in the whole of the UK and should not be missed. Here you can shop for locally produced cheeses, honey, cider and meat.

The town has many green areas, museums and wonderful restaurants serving up local specialties. Stroud is definitely one of the best towns in the Cotswolds to visit thanks to its old-world charm and stunning location. 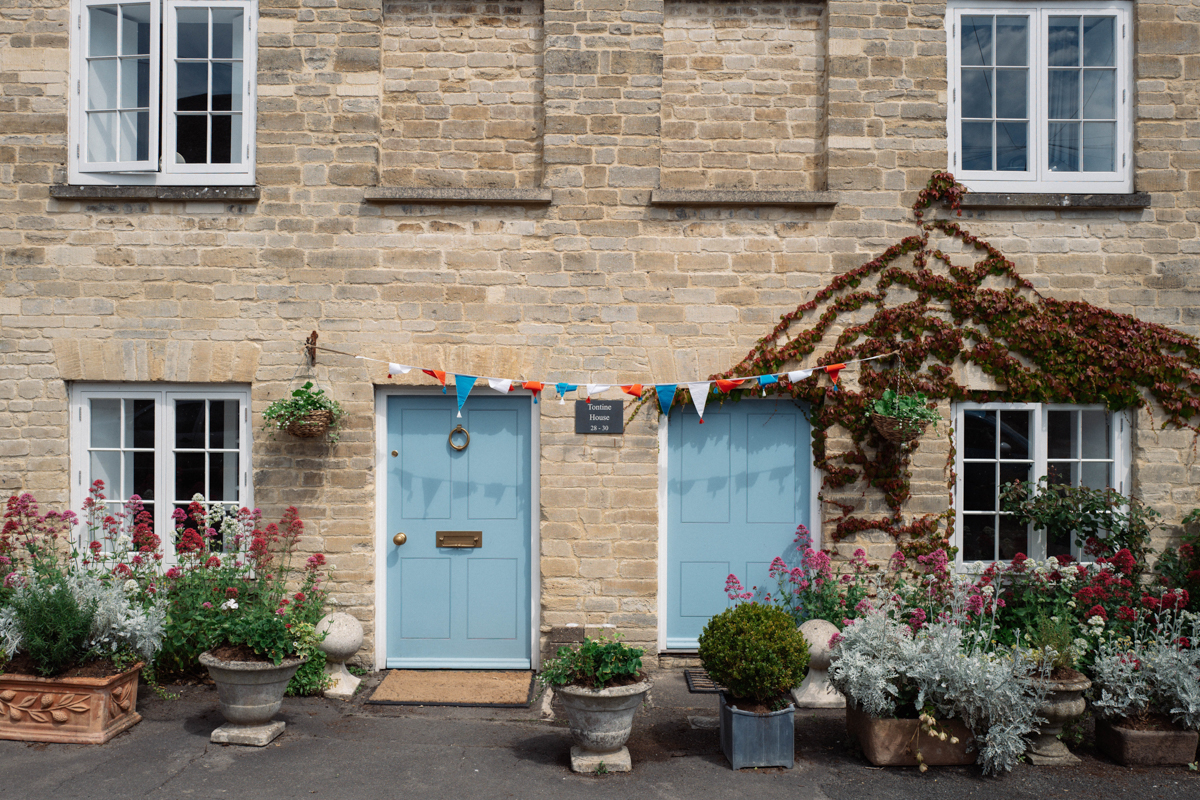 Towns in the Cotswolds.

This village in the Slad Valley of the Cotswolds was once home to cherished British writer Laurie Lee and he is buried in the churchyard here.

The area was popularised by Lee’s bestseller Cider with Rosie which mentions many Cotswold towns and villages across the Slad Valley.

The rustic old pub The Woolpack Inn on Slad’s main thoroughfare sits opposite the church and is well worth a visit for its picture-postcard views down the valley.

4. Bourton on the Water

Bourton on the Water is colloquially known as the “Venice of the Cotswolds” thanks to the charming River Windrush running through the village. It is famed for its five stone bridges that date back to 1654.

Bourton has been voted one of the prettiest villages in England time and again and it’s easy to see why. Set within rolling hills, pastures and farmland, this Cotswold village looks like it has come straight from a postcard.

The river is the perfect place to relax, with many great pubs, cafes and restaurants along the banks. It’s also a great place for a picnic.

There are plenty of visitor attractions in Bourton such as the quaint model village, Birdland rare breeds farm and gardens, the Cotswold Brewing Company and much more. 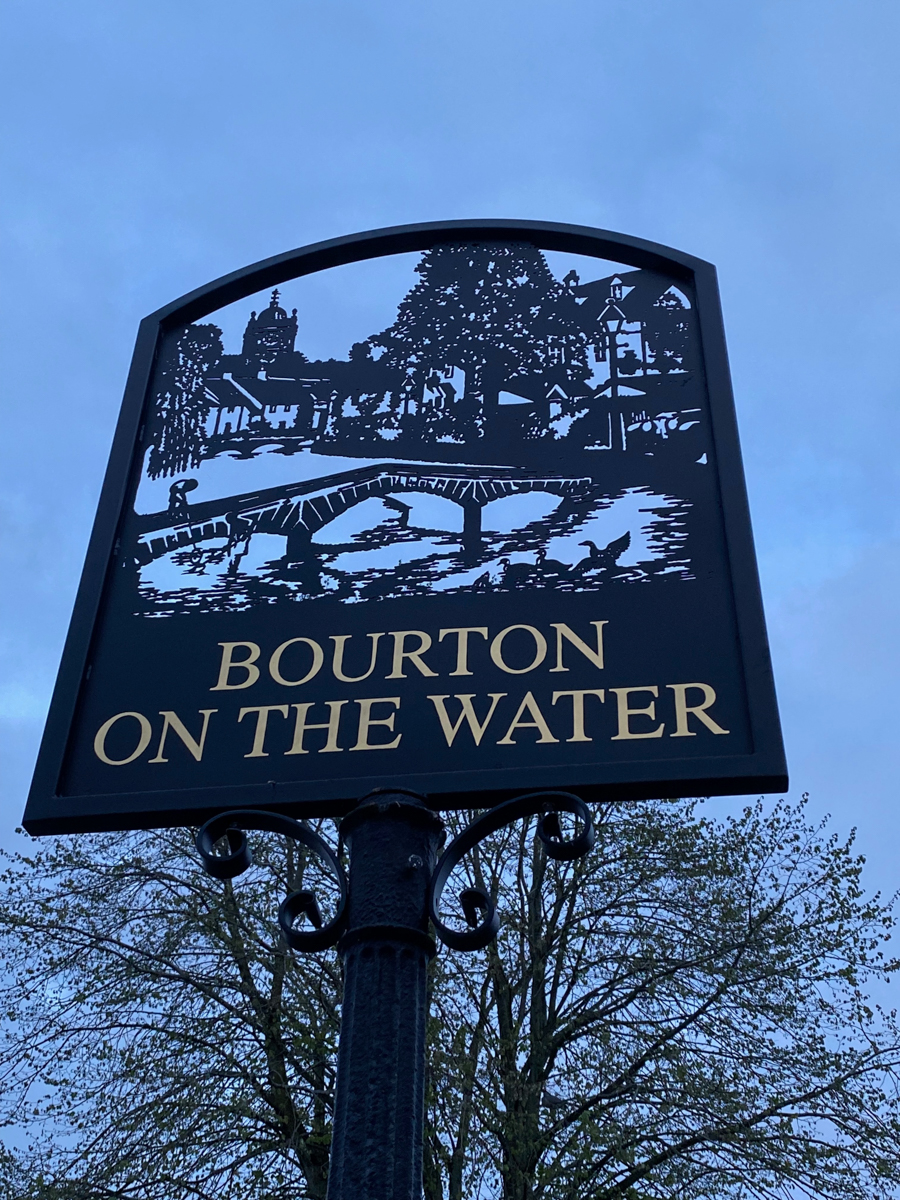 Bourton on the Water, Cotswolds.

British poet and social commentator William Morris described Bibury as “the most beautiful village in England”, and it’s not difficult to see why. This picturesque Cotswold village lies a few miles from the “Cotswold Capital” of Cirencester.

Discover the weavers’ cottages at Arlington Row. These beautiful stone houses date back to 1380 and were converted into residential living spaces in the 17th Century. One of the cottages is even available to let as a holiday rental.

The Saxon Church of St Mary dates back to 899 making it one of the oldest in the country. The beautiful stained-glass windows date back to the 13th Century, and the architecture inside and out is well worth exploring.

Cirencester is thought of as the capital of the Cotswolds thank to its proximity to some of the most stunning towns and villages in the region. This vibrant market town dates back to Roman times and is packed full of fun things to do.

On the outskirts of the town, you will find an archaeological site with the largest Roman amphitheater in the UK. The site dates back to the 2nd Century and could house up to 8,000 spectators!

You can find some of the best restaurants in the Cotswolds here serving a variety of cuisines from locally reared meats to Mediterranean, Asian and more. There are many traditional tea shops, pubs and cafes set amongst the town’s stone buildings and cobbled streets.

Winchcombe is one of the finest Cotswolds towns nestled in green pastures beneath a series of rolling hills. It’s a great base for setting off on country walks, before returning to one of the town’s many old, timbered pubs.

Winchcombe is a great destination for cycling. Whether you prefer a gentle cycle around the town, or would rather get off-road and hit some of the bridleways and tracks in the surrounding area of natural beauty, two wheels is a great way to explore.

The town centre is filled with interesting boutique shops selling a range of locally made handicrafts, second-hand books and local produce. There is a farmer’s market on Thursday mornings and on the third Saturday of the month. 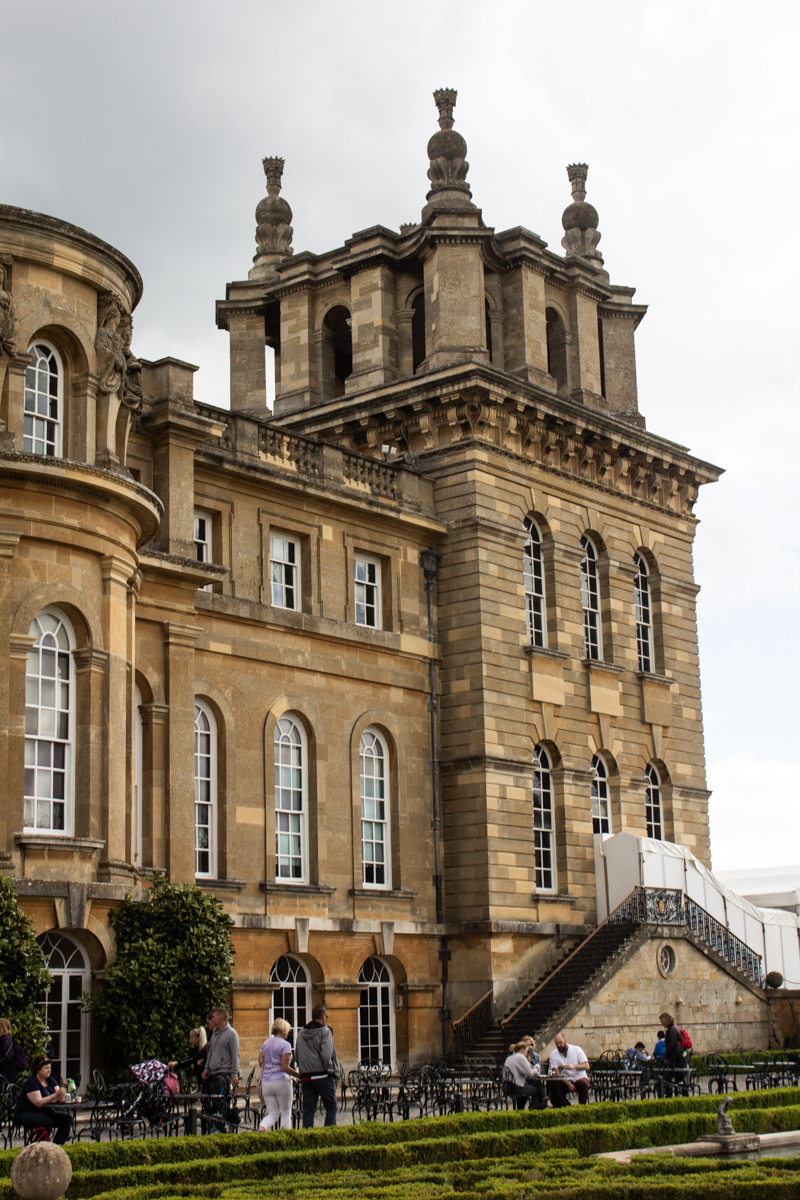 This beautiful Georgian town is situated on the eastern edge of the Cotswolds, not far from all of the wonderful things to do in Oxford and next to Blenheim Palace; the birthplace and former home of Sir Winston Churchill.

As you would expect in such a beautiful old town, there are plenty of places for refreshment from centuries-old pubs and taverns to tea rooms and restaurants.

Most people miss out on Woodstock and head straight for Blenheim Palace, however, this beautiful Cotswolds town is definitely worth a visit on its own merit thanks to its charming stone buildings dating back to medieval times.

Another market town on the scenic Windrush River, Witney is located in one of the nicest areas in the Cotswolds and dates back as far as Saxon times.

The Norman church dates to the 12th Century and there has been a market in Witney since the Middle Ages. The pleasant High Street is dominated by the 18th Century Town Hall and is host to lots of different shops and cafes.

The town hosts several festivals each year from the Witney Carnival to the Witney Feast Food Festival. 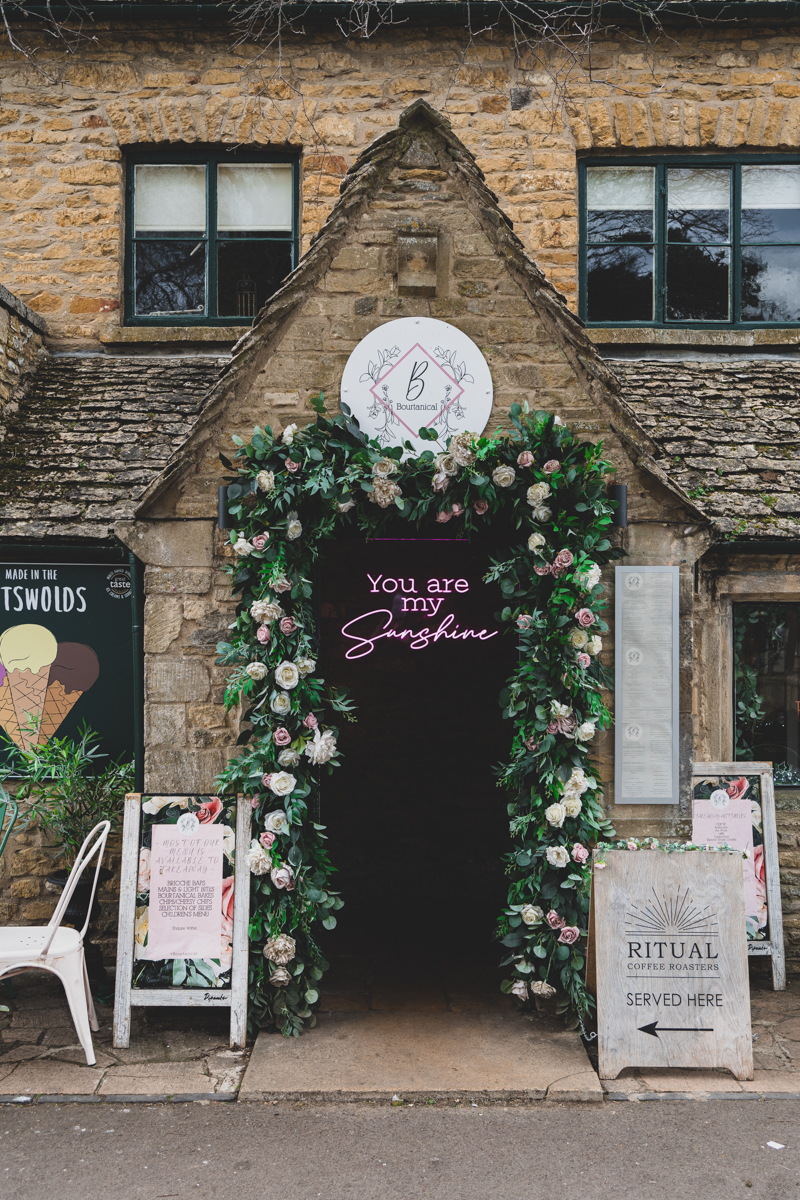 Pubs in the Cotswolds.

Painswick is one of the best-preserved towns in the Cotswolds and hasn’t changed much in centuries. It has been bestowed the moniker; Queen of the Cotswolds and is set within some of the region’s most scenic countryside.

The town prospered thanks to the wool trade and you can see evidence of the old mills around the town. The town’s post office is located within the oldest building in England!

One of the main attractions in Painswick is the Rococo Gardens; a replica 17th Century garden famed for its flamboyant character. The beautiful St Mary’s church is nestled in amongst 99 yew trees and is also well worth a visit.

Marshfield is located at the southern end of the Cotswolds close to the historic town of Bath. One of the primary reasons to visit this quaint Cotswold town is thanks to Marshfield Farm Ice Cream (which is available across the Cotswolds, but where better to try than where it is made)?!

Even more famous are the Marshfield Mummers who put on a world-famous folk performance at 11:00 every Boxing Day (the day after Christmas). The Mummers’ folk plays date back as far as 1141 and have been entertaining guests from around the world for centuries.

The town is steeped in history with every building on the High Street dating back at least 100 years. The old school house is a prime example of the Georgian architecture that can be found across the town. 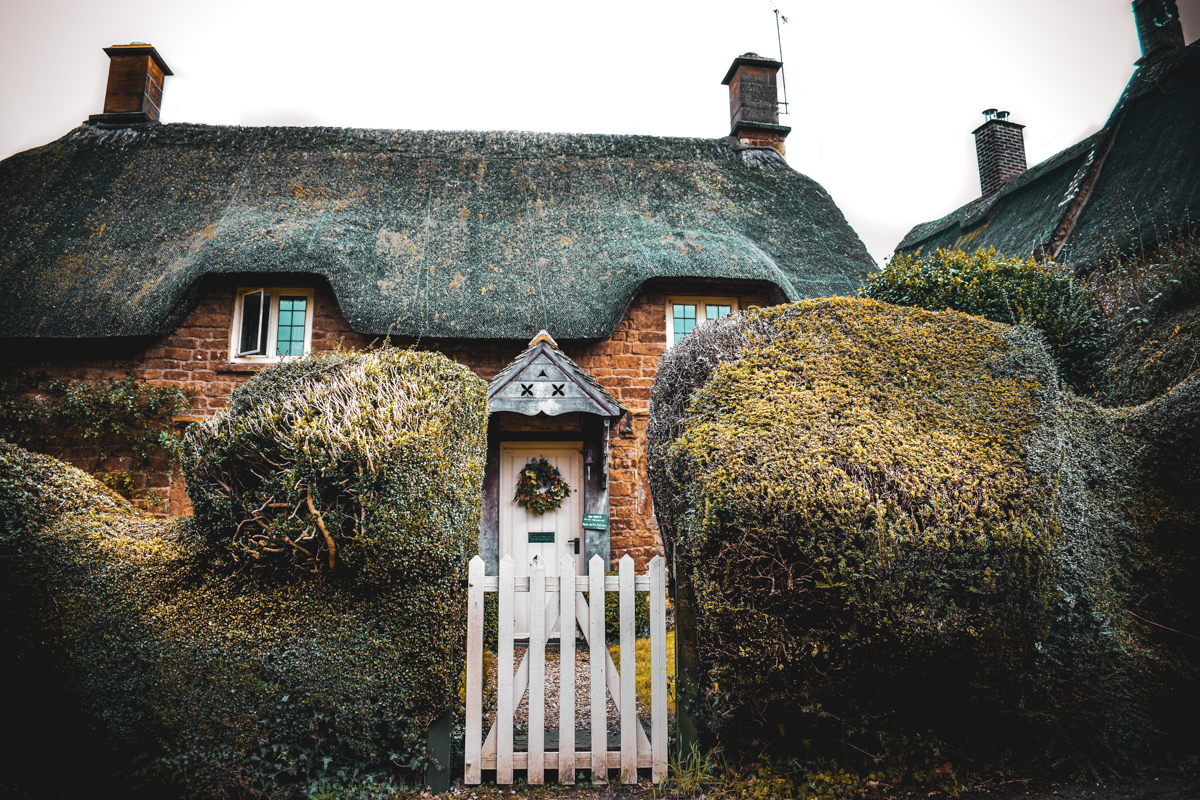 Cottages in the Cotswolds.

The charming town of Tetbury is considered an area of outstanding natural beauty and the nearby Highgrove Estate is the home of Prince Charles, Prince William and the Duchess of Cornwall.

There is plenty do to in Tetbury from visiting Highgrove, which is open to the public on selected dates, or the Elizabethan manor Chavenage House which has been used on film sets from Poldark to Lark Rise from Candleford and other period dramas.

Tetbury also has a wonderful selection of gardens open to the public throughout the year. The Goods Shed Arts Centre is housed in a converted railway building and hosts live music performances, markets and other events.

Tetbury is definitely one of the most beautiful towns in the Cotswolds and should be on everyone’s bucket list when visiting the UK.

Snowshill is famed for the National Trust Manor and Gardens of the same name. This area of outstanding beauty overlooks the Severn Valley and is the perfect example of England’s bygone eras.

Marvel at the ancient stone-bricked cottages with their grey slate roofs and visit one of the beautiful open gardens in the village.

There are plenty of great walks with stunning views across the valley and to nearby Broadway. It’s possible to take the ancient road from the village to Snowshill Manor and Gardens. 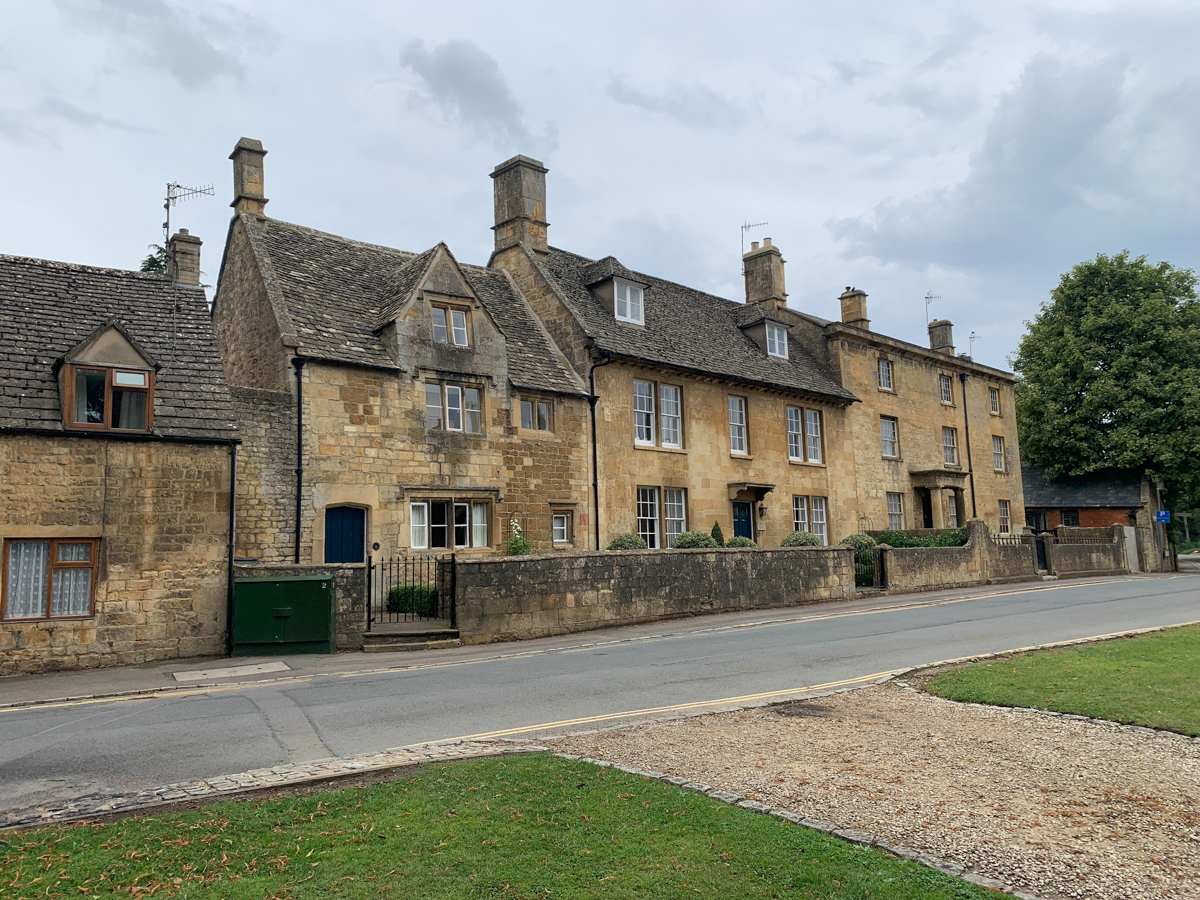 Towns in the Cotswolds.

This northern Cotswold village is home to a large array of galleries, artisan shops and rustic old pubs. It was a favourite haunt of poet William Morris and retains the same charm it has had for centuries.

For incredible views across the Cotswold countryside take a trip up to the Broadway Tower, a 200-acre estate with a large 18th Century brick tower and viewing platform.

The views from the top of Broadway Tower are simply breathtaking and you can spot herds of deer, rare birds and miles-upon-miles of tranquil countryside.

This jewel of the Cotswolds has a bustling high street with plenty of shops, cafes and restuarants and makes the perfect base for exploring the wider Cotswold area.

Is the Cotswolds Worth Visiting?

The Cotswolds truly is one of the most picture-perfect places in the whole of the UK. It’s also one of our favourite romantic weekend getaways in the UK.

This land of gentle pastures, rolling hills, and rivers is dotted with many of England’s prettiest towns and villages.

There is plenty to do from nature walks to house and garden visits, ancient churches and castles to the homes of Prime Ministers. No trip to the UK is complete without discovering these beautiful places in the Cotswolds.