Seoul has some 23 million people living, working and playing in it. That is by far the biggest city I have ever been to, and while I may not live in Seoul, the short trip north has made it an ideal weekend destination for Luke and I.

There is so much to love about big cities – the variety of food on offer, the number of clothing boutiques, book stores and coffee shops. One thing I love about Seoul is the amount of green space at your disposal. There are so many parks and gardens to visit, full of fascinating sculptures, places to picnic and plenty of room to throw a Frisbee.

Most of these places are easily seen on your own, but if you want to get more information or you’re only in the city for a short time, you might want to consider taking a few different tours of Seoul to learn even more about each place.

Before 2005, the area that is now Cheonggyecheon was covered over by a highway, but as the city quickly urbanized, the local government realized they were destroying much of the city’s early history and leaving little green space for the residents to enjoy. So, the revitalization project began. What exists now is a place for a perfect streamside stroll. There’s a lovely fountain at the plaza where most people were congregating. Buskers reserve spots in the shade of the many bridges to provide you with a soundtrack while you walk. Bring a book and let your feet dangle into the refreshingly cold water.

Smack dab in the center of Seoul is Namsan Mountain, on top of which sits Namsan Tower. It was pretty cloudy the day that Luke and I went (we walked through a thunderstorm), so we skipped the tower. Instead, we wandered through the expansive park stumbling upon the Botanic Gardens, meandering along leafy paths and climbing up lots and lots of steps. It’s a great place to head for a hard, hilly workout or to simply stroll casually. 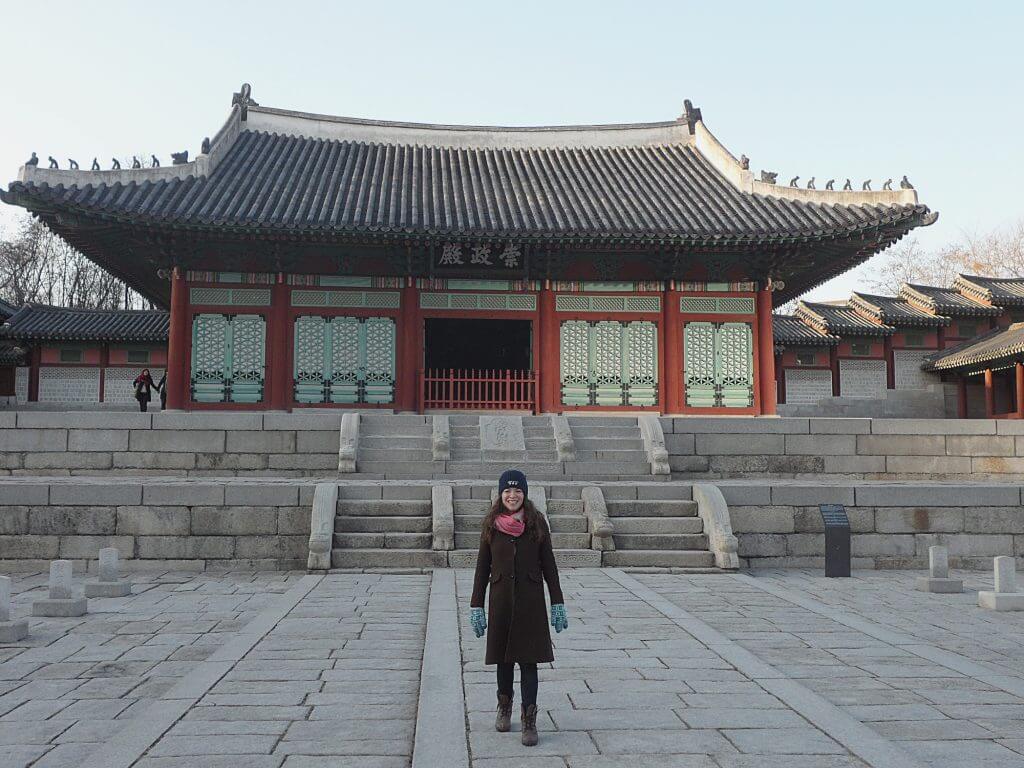 This stunning palace is home to one of my favorite hideaways in the city – the Secret Garden. We opted for the guided tour through the garden to learn a bit more about what we were looking at, but if you’re not into that you can grab a map and go it alone. It’s a separate ticket you have to buy when you arrive, so be sure to ask for it at the ticket booth.

Korea is a beauty-obsessed country in many ways. There are makeup stores, plastic surgeons, and skincare shops on every corner of Seoul. If you’re looking for a day of unique and, quite frankly, wonderful ways to treat yourself, you should definitely check out the best beauty treatments in Seoul.

Home to the 1988 Olympic Games, Seoul’s impressive stadiums are surrounded by greenery. I don’t know what it is about sports complexes, it’s like you can sense the hard work and achievement that took place there. The park was once surrounded by a fortress wall, but now you can follow it’s path along well manicured lawns or opt for the alternative route around the sculpture park where you can check out over 130 different sculptures.

This gem of a view point only opened to the public in 2008 due to it’s proximity to the Blue house, the President’s home. Bring your passport – the main section of the wall is a military zone and requires you to check in with a passport or Foreign Resident’s card. You can’t take any photos, except in a designated areas but the views back over Seoul and the surrounding area are immense. It was the first time Luke and I were able to grasp the vast scale of Seoul. We were in awe. It’s a decent ascent, so bring plenty of water.

Myeongdong is Korea’s shopping capital. It’s where all the high-street stores are, where the big Korean make-up brands and funky dog and cat cafes, best street food and dessert shops are based. It’s full of bright neon lights, it’s always packed with people – it’s the Korea I always imagined, and it’s a great place to get a sense of the city and it’s people. 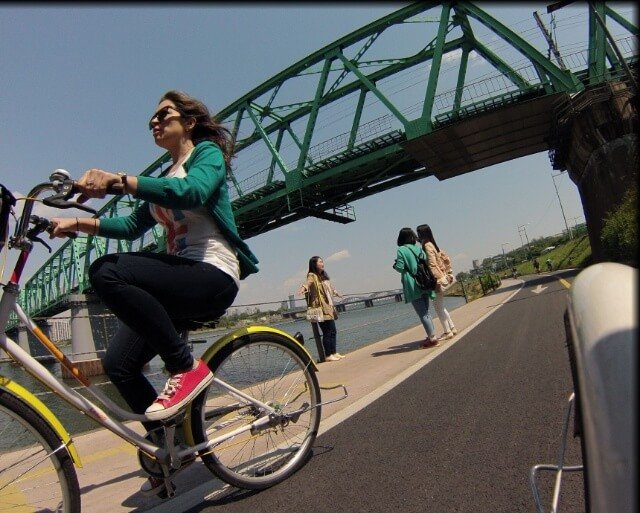 The last of the five palaces in Seoul, it’s much smaller, much less grand than it’s counterparts. Maybe that’s why it’s my favorite. Tucked off a busy main road, behind a museum and signposted with only these itty-bitty little path signs, sits this unsuspecting little gem. Gyeonghuigung literally means Palace of Serene Harmony and that’s exactly what it feels like. Very few people were there while we wandered through the doorways, explored the paths that the kings once took, looked out over their views of the city.

Go to the DMZ

The DMZ, or the demilitarized zone, is the area between North Korea and South Korea. You can visit the DMZ by taking a tour from Seoul. It’s an easy day trip and a very eye-opening look into the relationship between the two Koreas. The tour takes you through a set of tunnels which were used during the Korean War (they’re very low and very narrow, even for someone has short as me!).

You then stand on the South Korean side of the border and look straight over to North Korea. There are soldiers marching and it’s a very strange experience. The tour guide takes you into the UN building which technically straddles the two countries and you can stand in North Korea for a second.

The whole thing is quite touristy and dramatic in my opinion, but I still learned a lot and highly recommend it if it intrigues you like it did me.

I’m not sure if this is even still considered Seoul, but it’s certainly worth the trip on the subway. About an hour north of the central bus terminal is one of the most picturesque places to explore the fall foliage of Korea. You can rent a bike or go it by foot, but definitely make your way around the entirety of the lake.

Inwangsan is probably the best free view of the city that you can get. The hike itself is a little tricky – you need to follow the path up a set of steps and over the wall (don’t carry on along the wall like we did and end up surrounded by barbed wire). Once you get there though, you’ll be so glad you did it. It’s about 45 minutes up to the top and nothing too strenuous, so don’t worry if you’re not all that into hiking, it’s mostly steps all the way to the top.

The shrines for all of the Joseon Dynasty Kings are here, a very sacred place in Korean history. You can only come on a tour, so be sure to check their website for tour times and arrive at a time when a tour is conducted in the language of your choice. It’s a beautiful park to visit, especially during the Spring and Autumn. If you time it right, around May, you can book in to watch the festival which honors the kings and their spirits.

Seoul’s famous fish market is the best place to sample some of Korea’s best seafood as fresh as it gets. Wander the market and choose your favorites, then take them upstairs to one of the restaurants and have it expertly prepared. I highly recommend the Sannakji, or baby octopus, it’s a Korean delicacy.

Feeling thirsty at the end of a long day sightseeing? Check out the best craft beers in the city.

Now it’s your turn. Have you ever been to Seoul? Or a city that is really big? What have you loved about it?