Laos is a fascinating country and during the 30 days we spent there last year we did a lot of moving around. We wanted to see as much of the country as we could. This meant we spent quite a lot on transportation, which was more expensive than say transport in Vietnam or Cambodia.

We also splurged on a few expensive excursions – an elephant sanctuary and a three-day hike. They were both completely worth the price tag and I would definitely recommend getting out and seeing the country this way.

We made up for those splurges in accommodation and food costs, which were significantly cheaper than some of the other countries we had visited previously.

This budget breakdown is for two people for 30 days in Laos. I kept very detailed notes of what we were spending (which was sometimes annoying, but also pretty helpful) and I’ll lay it all out for you below. 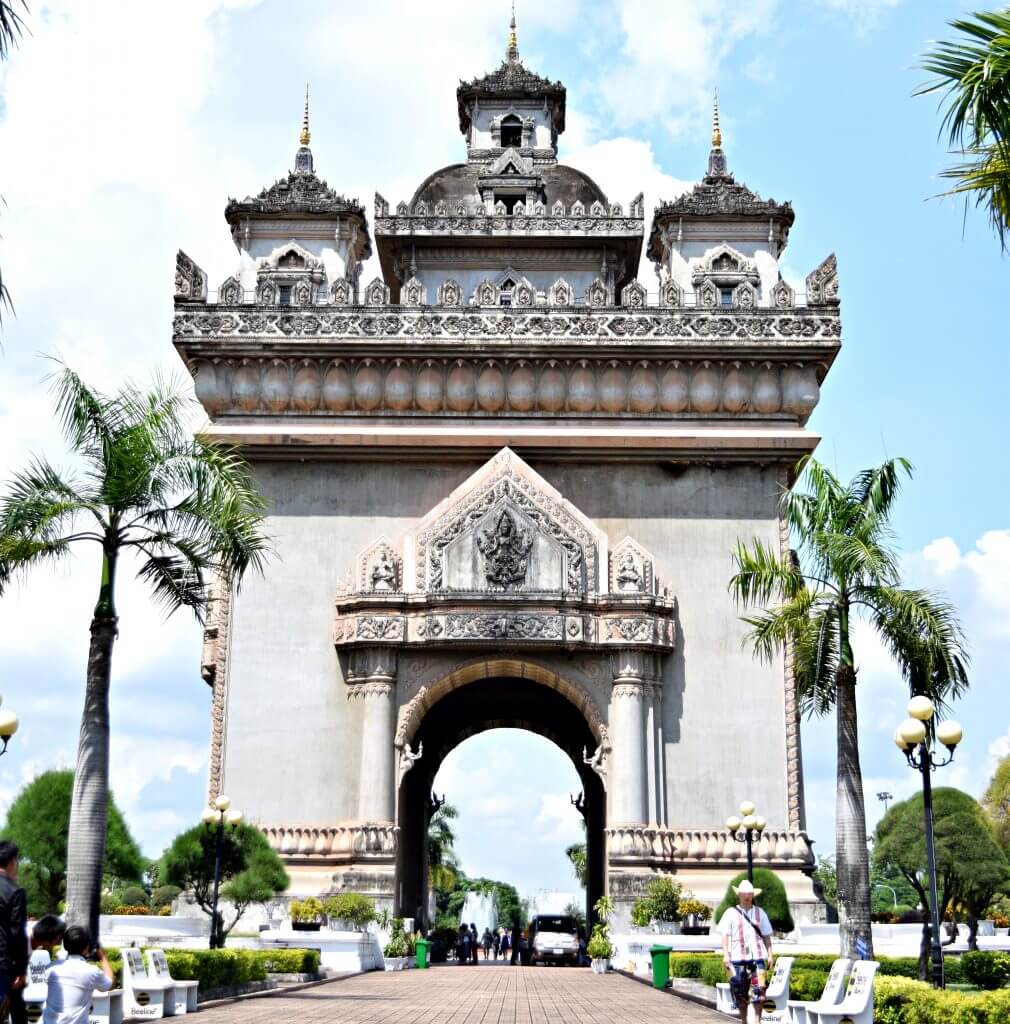 How Much Does it Cost to Travel Laos?

That includes absolutely everything from accommodation, food, water, transportation, activities and souvenirs.

It’s also good to note that you won’t be able to get Kip before entering the country nor will you be able to exchange it for anything once you leave the country. ATM’s are in every major town, but not in the smaller ones, so try to stock up if you know you’re going to be away from the hubs for a few days. I also don’t remember being anywhere that accepted card (maybe the bigger hotels in Vientiane or Luang Prabang), cash is definitely king. 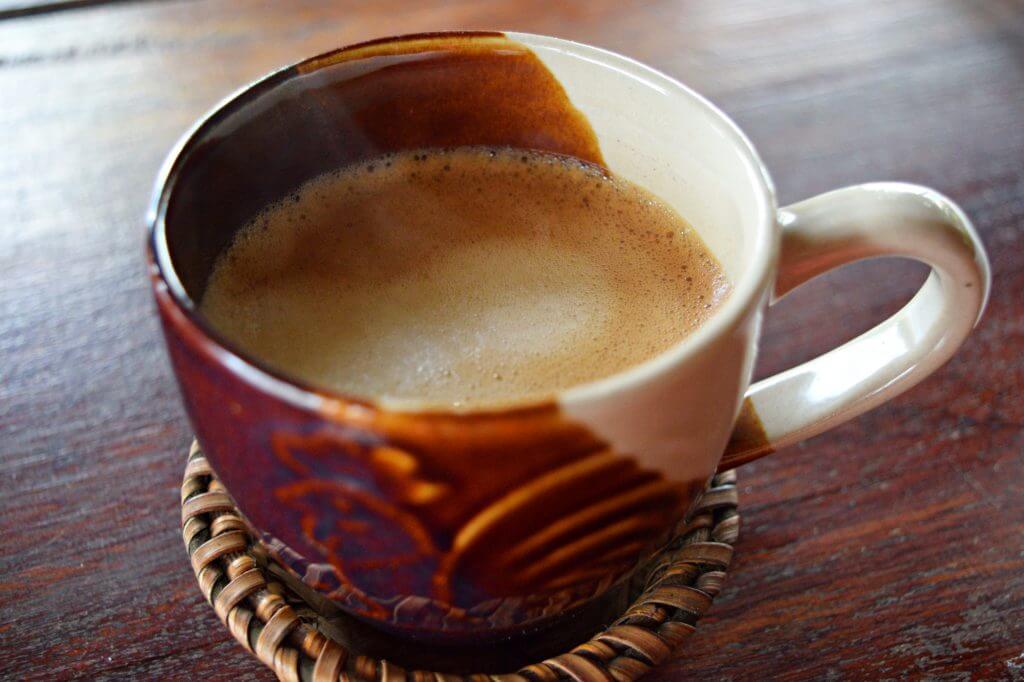 How Much Does Food Cost in Laos?

I would say Laos was one of the more challenging places for food if you’re a picky eater. Thankfully we’d been on the road for almost five months by the time we arrived in Laos, so we were pretty used to having rice and pork for breakfast.

We spent a total of 679,000 Kip ($84) on breakfast. Most of the time we either had eggs with bread or eggs with rice. There were times, usually when we were at bus stations, where we didn’t have time or we didn’t know what was around, and we had soup or grilled meat for breakfast. It was surprisingly easy to get used to (I discovered that grilled chicken and rice is delicious any time of day).

We spent a total of 1,124,000 Kip ($140) on dinner.  Obviously the most expensive meal, we usually headed to a night market (the ones in Luang Prabang and Vientiane are especially fantastic). We would pick different things from different vendors and piece together a meal to share. It always included sticky rice which comes in a cute little woven basket. We tried different kinds of fish, sausages, and chicken with spicy rubs. We usually avoided restaurants mostly because they were much more expensive than the street food.

We drank a lot of freshly made juices and strong Laos coffee. Whenever there was a mango stand we bought a bag of it. We tried different desserts and candies and we would buy whole bundles of baby-sized bananas and eat them in one sitting. In total we spent 322,000 Kip ($40) on snacks. 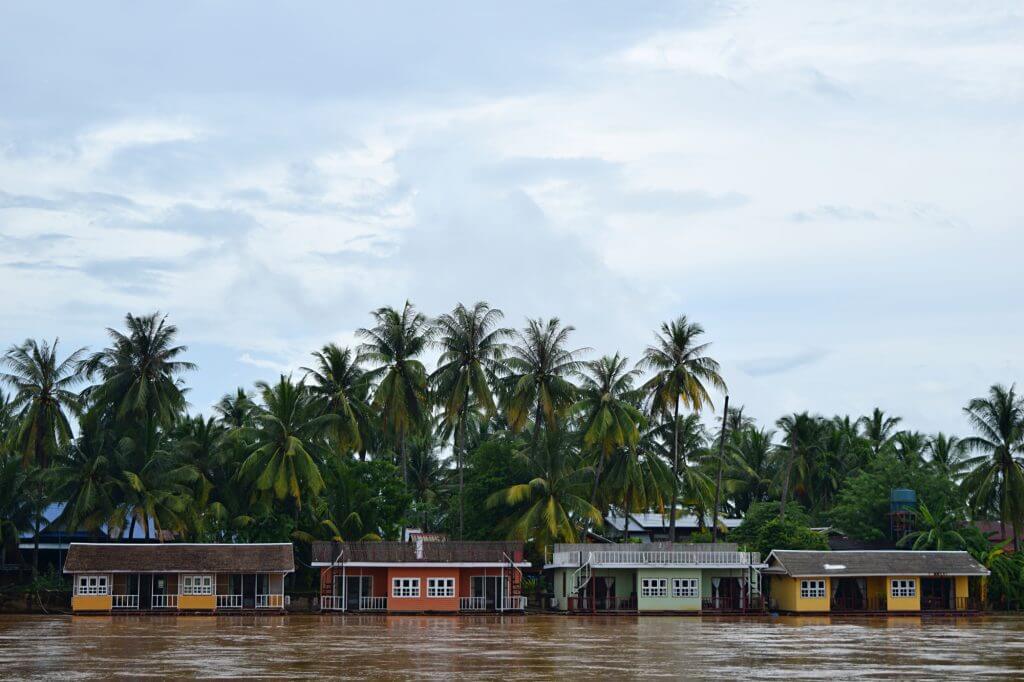 How Much Does Accommodation Cost in Laos?

In total we spent 995,000 Kip ($123) on accommodation. We always had a private room, we almost always had our own bathroom, we had double or queen sized beds, and sometimes breakfast was included (mostly not though).

How Much Does Beer Cost in Laos?

Beer was definitely a splurge for Luke and I. We enjoyed a few beers each night after a day of sightseeing and we figured that into our budget from the very beginning.

Laotians also make their own rice wine, very similar to that of the Vietnamese. It’s like incredibly disgusting vodka, but if you are invited to drink it with the locals, you should at least accept the first drink so as not to seem rude. We never paid for this in Kip, only in hangovers (of which we paid a lot). 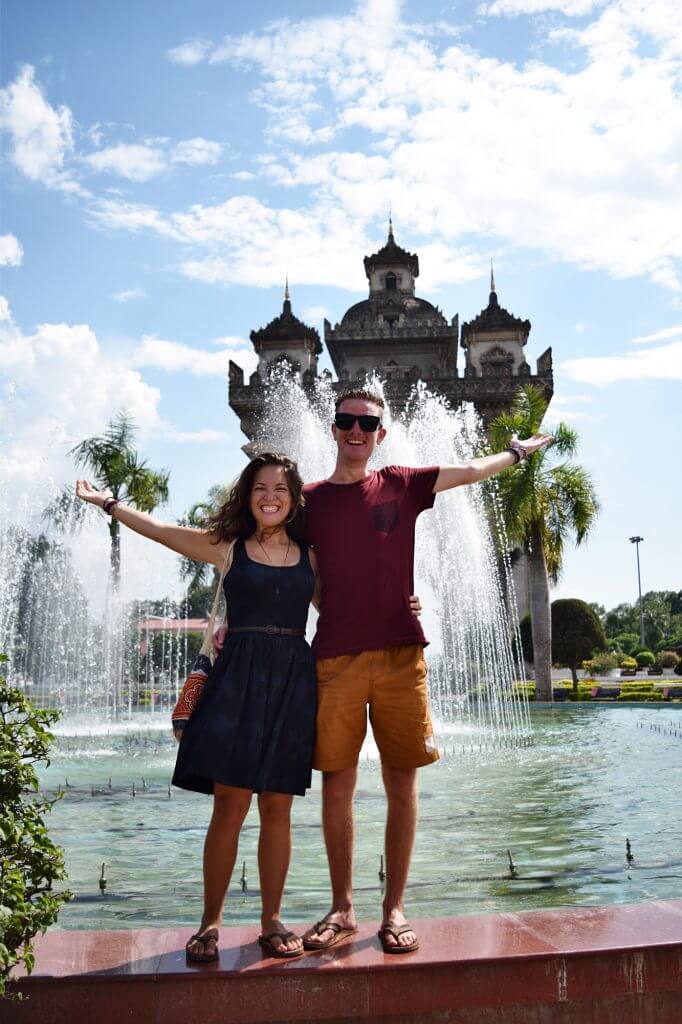 How Much Does Water Cost in Laos? 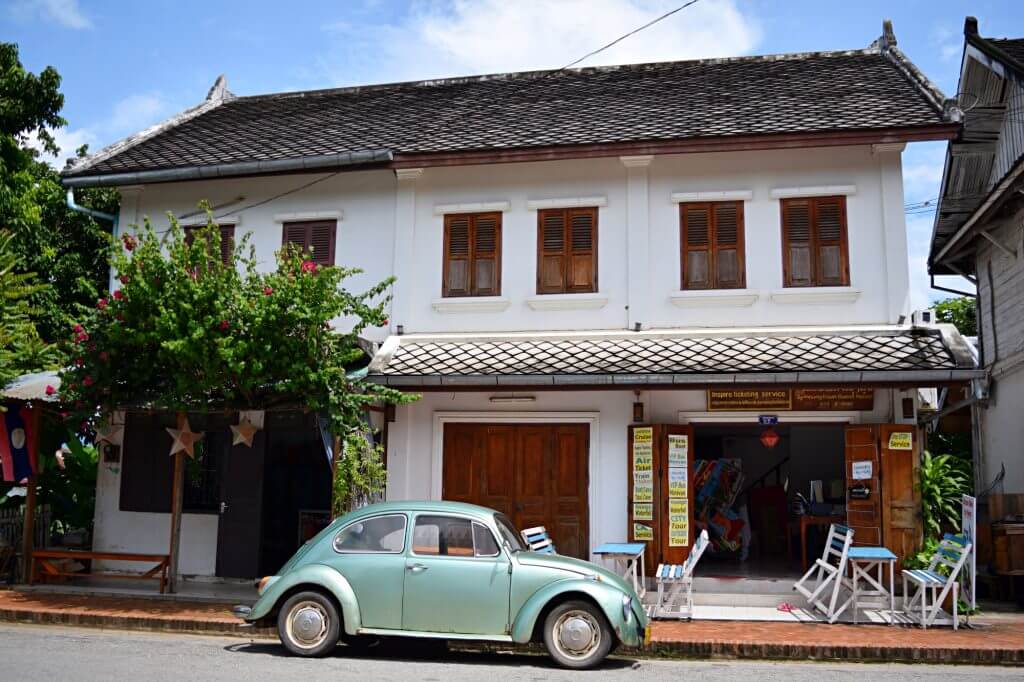 How Much Does Transportation Cost in Laos?

Like I mentioned above, transportation was definitely one of our biggest expenses. There are no combination tickets like there are in Vietnam. We paid for each ticket at the bus stations before setting off. In total we spent 2,641,000 Kip ($327) on transportation in Laos.

In next week’s post I’ll break down exactly where we went during our 30 days, but we took a lot of buses, tuk-tuks, and boats during our month. We also rented bicycles several times and a motorbike once. This also includes what we spent on fuel when we rented the bike.

Transportation is hit or miss in Laos. The buses are run by the government, they have no air-conditioning (and sometimes you can’t open the windows). The night buses require you to share a bed with someone – luckily we were traveling as a pair. I have however met people who booked both “seats” when they were traveling solo and still ended up with a bunkmate, so just beware of that if you are traveling alone. 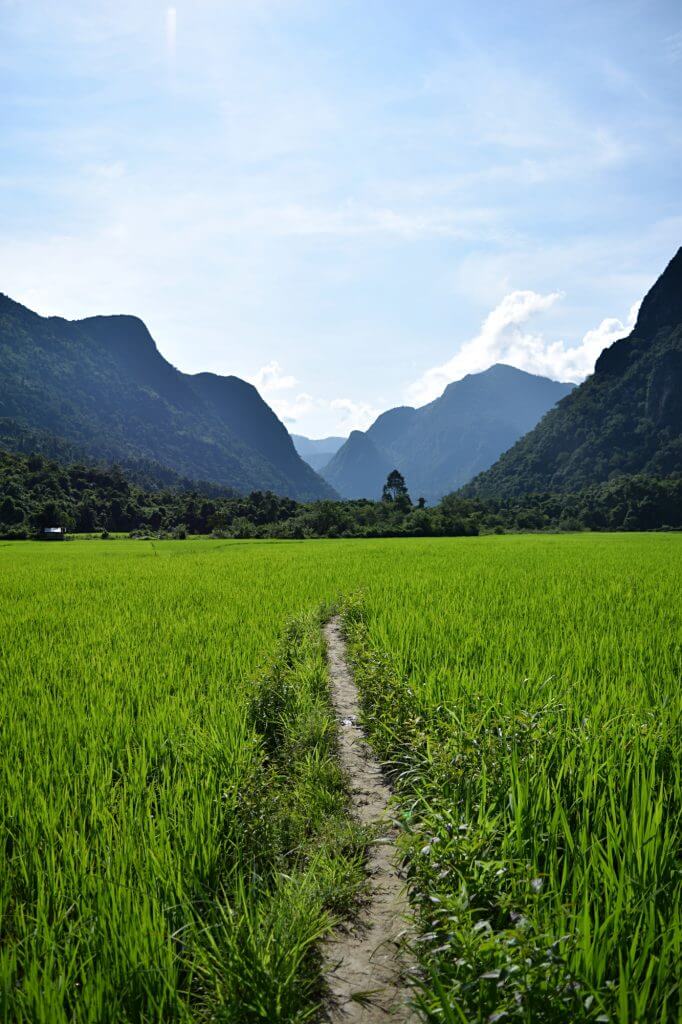 We went on a three day, two night hike in Luang Namtha. For two days we hiked, and for one we kayaked/rafted. It was an incredible three days. We booked it through a company called Discovering Laos which is right on the main street in Luang Namtha. Our guides were incredible (and all local) and we ate some of the best Laotian food of the entire trip during these three days.  That trip cost us 1,400,000 Kip ($173). That was for the two of us and included everything we needed for three days and two nights.

We also went to an elephant sanctuary called Elephant Conservation Center. We paid $430 ($215 each) to stay here for three days and two nights. This includes all your meals, two nights of accommodation, transportation to and from the bus station and a donation to assist with the elephant conservation. It was a magical three days and we learned a lot about Asian elephants.

Laos is a very cheap country to travel. You can certainly do it for cheaper than we did. Opt out of the nightly beers and the constant snacking and save yourself over $100. You could skip the expensive hike, but it was one of my favorite parts of visiting Laos.

You could also save by visiting fewer places and spending more time in the ones you do decide to stay in. Moving around is definitely a budget breaker in Laos – unless of course you have your own transport. Buying a motorbike and exploring the country on your own is a very popular option here. You could probably save yourself quite a lot of money, especially if you’re able to resell it at the end of your trip.

Have you ever been to Laos? What was your favorite splurge while you were there?

[…] friend. That’s a backpacking Laos guide for you, based on my trip in Laos. If you want to know how much is a 30 day budget in Laos, read Laura´s […]