But here I am. Still afloat, still writing, and still pushing forward without having to supplement my income with any part time in-the-flesh work.

It was hard. It’s still hard. Sometimes I wonder if next month it’ll all just drop off and all I’ll be making is $30 in Airbnb credit. 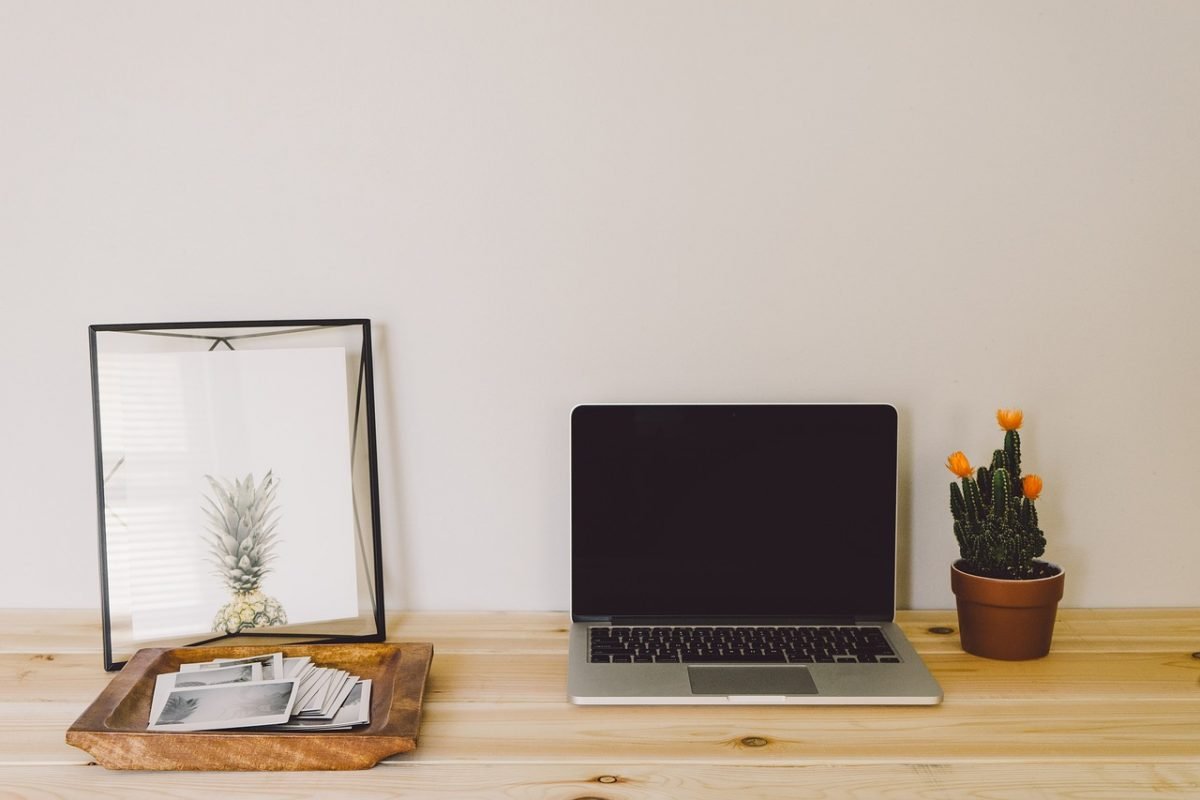 How Much Am I Actually Earning?

It fluctuates, though. It depends on how much pitching I do for freelance writing gigs and whether there is a big project on with my copywriting company or not.

In January, I had a goal to be making at least $2,000 a month by July and I managed to do it three months early. Is it steady income? Definitely not. But I’m learning to be okay with that.

It was never really all about the money anyway. Sure, I need to make enough to live, but this whole location independence thing, for me at least, was about finding the balance. It was about being able to work from anywhere, whether that’s Mexico, New York, Costa Rica, or some other random place I eventually end up. 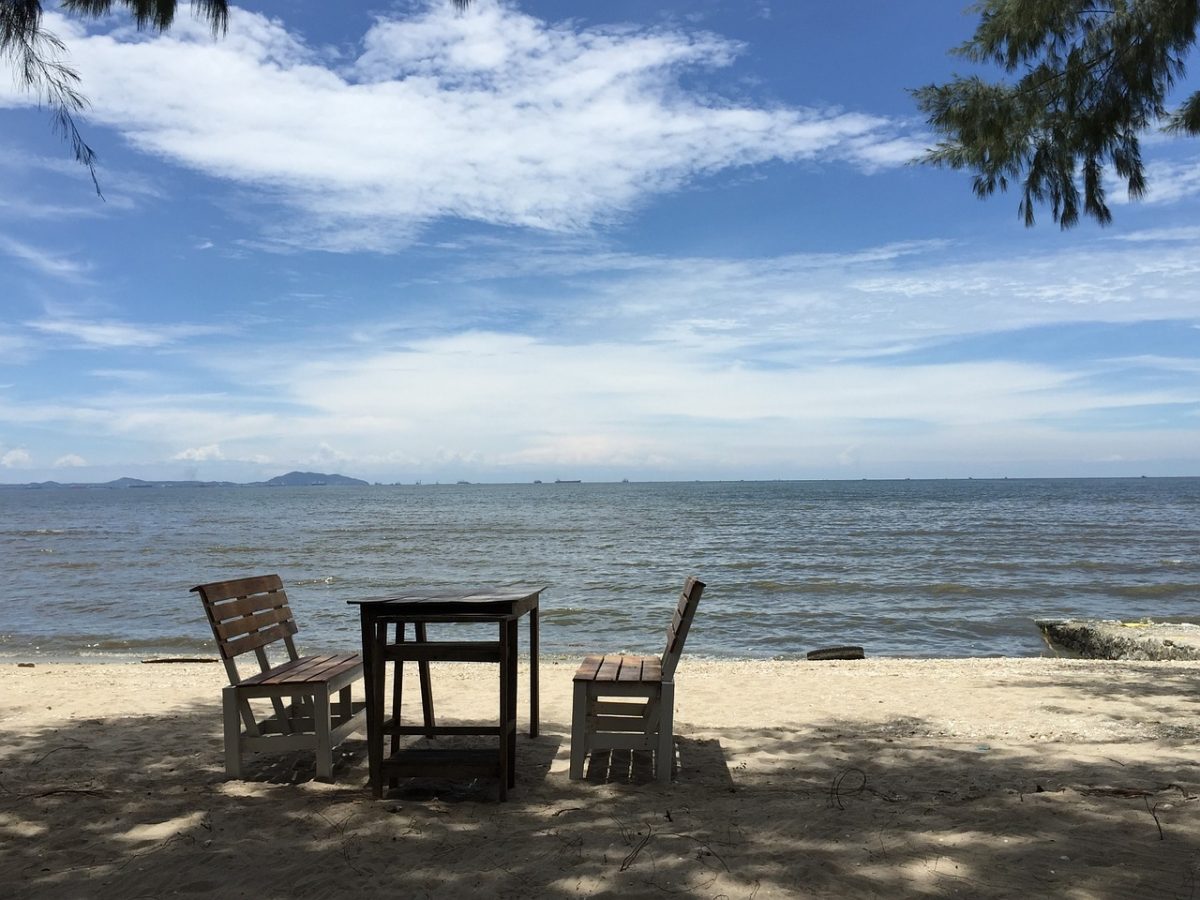 The Perks of Being a Digital Nomad

After spending a year working away on my laptop around Mexico, I’ve learned a lot about myself and how I like to work. There have been plenty of lows, but the highs make it so worth it.

I make my own schedule. My boyfriend Luke works weird hours as a soccer coach and I can work around that. It means we can spend mornings together and when he’s off on a random Friday afternoon, I can be too. When my parents came to visit last month I was able to take a week off without having to ask anyone’s permission and I could work in the mornings or evenings answering emails without having to be chained to my phone.

I can have the mornings to read books, exercise, go to the grocery store, go for a walk around my neighborhood or simply sleep in. I’ve found I work better in the late afternoon and so that’s exactly what I do.

I can work from anywhere. Duh, I mean, isn’t that why people do this in the first place? In the last 12 months, I’ve worked from my bed, on the beach in Isla Mujeres, at a bar in Tulum, from a cafe in New York City, and on a tiny little airplane tray-table after the person in front of me reclined their seat ALL THE WAY.

I’m spending the entire month of July traveling around Costa Rica and parts of Mexico and I’ll be able to take my work with me then, too.

I can say no to things. You know when you work for a company and your boss walks over to your desk at like, 4:45 and asks if you can complete something before you go home? You can’t really say no. You text your friends and tell them you’re going to be late for drinks and you get on with it. I get to say no to projects I’m not into, things that I don’t think are worth the payment, or things that I simply don’t have time for. It is by far one of the most liberating things about working for yourself as a freelancer.

In reality, though, girl’s gotta eat and I hardly ever say no to work unless it is for pennies or I think it’s unethical. But just knowing that I CAN say no if I wanted to is good enough for now.

I get to write every day. And I’m actually being paid for it. If you’d have told me that in under a year I’d be able to completely drop the whole social media management thing and make a full time living off of writing, I would have never believed you. I just thought it was going to be impossible, that there wasn’t enough money in copywriting and freelancing. Well, there’s plenty of it to go around.

From a pretty young age, I had this thought that I’d love to be a writer, but it was one of those things that I never really thought would actually happen. A combination of the fact that I don’t believe I’m truly talented enough along with the honest truth that it was easier not to try at all, meant that it was an uphill battle from the beginning.

Who knows how long this will last. Who knows if this is a long-term lifestyle or if I’ll have to supplement my income in the future, but right now, I am literally living my dream. 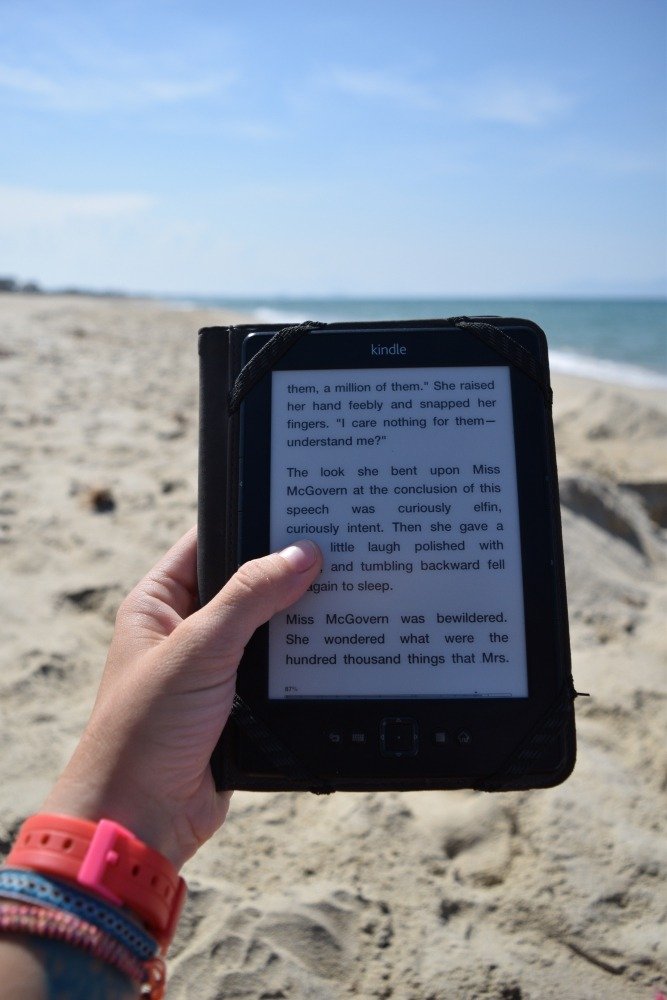 I hardly ever get to do this, though.

The Downside to Being a Digital Nomad

Okay, living my dream is obviously AMAZING, but it’s not perfect every single day. In fact, it’s very rarely perfect, but life would be boring if it were perfect, don’t you think?

I am literally ALWAYS at work. I have an office in our apartment which has been a godsend. I can close the door at night and feel separated from my workspace. But in all honesty, my phone is always with me, I’m always checking my emails in case a job has come through, and balancing all of the freelance stuff with trying to grow this blog has meant I’m never not working. Even when I’m traveling I’m thinking about how I can create content, how I can take better photos, how I can share my experiences with al of you in a way that is helpful and interesting.

I mentioned above that I get to work from anywhere. I think sometimes that’s just a nice way of saying you’re working from everywhere. While the people around me are lounging on their towels reading the latest best seller, I’m there replying to emails and writing copy for a random website that I’ve never heard of. It’s not actually that glam.

If I don’t work, I don’t make any money. If I take a week off from pitching for freelance jobs or accepting copywriting work or I ignore my blog for a week, I don’t make any money. While the long-term goal is that this blog will begin to sustain me more and more, right now that simply isn’t the case. When I’m not at my computer, I’m not making money. There are no paid vacations for freelancers, no long weekends or national holidays. Right now if I want to make a steady income I have to consistently sit down at my computer every day.

International banking is a pain in the ass. Most of my freelance clients are either American or British-based. I live in Mexico. One of the companies I get a lot of work from likes to pay me by check. They mail these bizarre paper objects to my parent’s house. Every month is some new issue with trying to deposit checks virtually, e-signatures, calling my bank, having my card blocked if I use it to buy something like a plane ticket to Cancun. I feel like I call the bank or my credit card company or my clients constantly just so that I can get my money and use it on whatever I damn well feel like using it on. 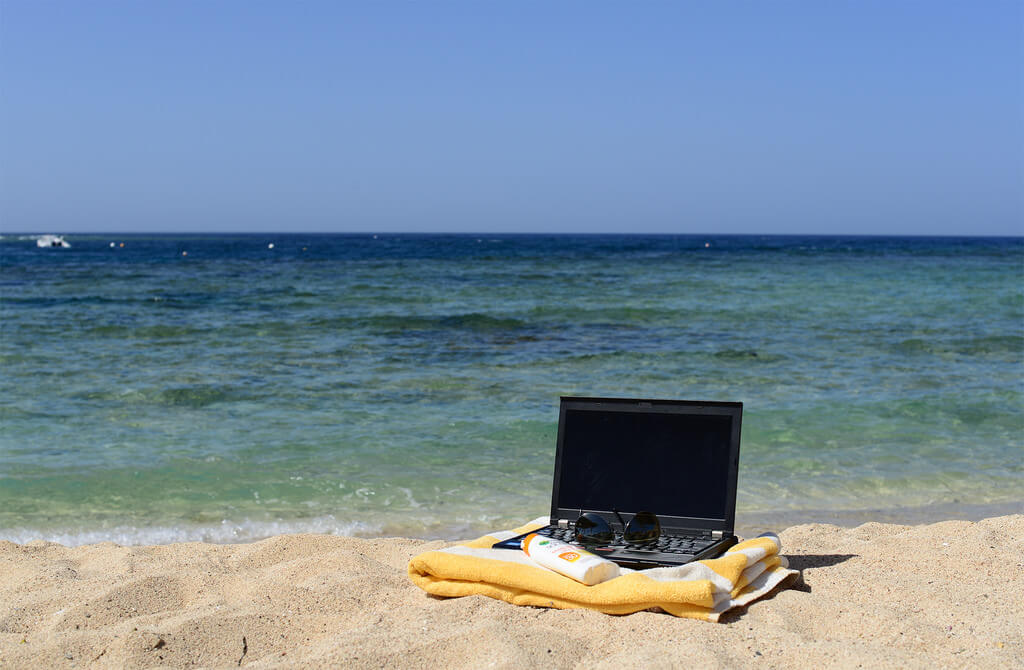 As this post goes live I’ll be somewhere in the jungles of Costa Rica. I’m leaving my laptop at home and traveling with only a tablet, a phone, and a camera for two weeks. It’s the first time in 12 months that I won’t have my laptop and the thought of it is giving me heart palpitations.

But I think it’s good. I want to travel lighter, I don’t want to risk anything happening to my laptop during the Costa Rican wet season, and I want to see if I can work a little bit less while still keeping up a decent income stream. Everything that I need to do for my clients can be done on my phone (isn’t technology grand?).

As for the year ahead, I’ll be staying in Mexico for a little while longer. I haven’t finished exploring, haven’t eaten nearly enough mole, and I want to give myself more time to build up a steady paycheck.

I plan to spend the next few months really working on my blog and its subsequent social media. I feel like I’ve neglected it since January and I want to get back on the proverbial horse.

This year I’ll be moving around more than before. I want to spend weekends in different parts of central Mexico and get out to see more of the south in the states of Oaxaca and Chiapas. I still have tons of places on my Mexico Bucket List that I need to get to.

I’m also not 100% sure if I’m going to carry on with my income reports every month. Do you guys love them? Are they helpful? I feel like, at the moment at least, they’re pretty repetitive. Let me know in the comments if you want to keep seeing them here on the blog and I’ll go from there.

What a year it’s been! Here’s to many more months of sustainability and seeing the world.

Hello Laura, i am 19 years old, i am from Mexico city and i absolutely love to travel, your blog is really helpful and it keeps me in the traveler mind, since i am a student. I am always looking for ways to travel with as little income as possible because i believe in the kindness of people, and so i am now searching for ways to get to Russia for the summer, i haven't really tried this before so i am a little nervous on doing so, could you give some advice and some words of inspiration so i can archive this goal

What an amazing year! You are such an inspiration! Just curious, is this income in pesos or USD? I visit your blog religiously! Thank you!

Hi Idalia, Thanks so much for reading, it means a lot to me! The income is in USD :)

Congratulations on a fantastic first year as a digital nomad! Wishing you many more years of success and happiness!