I’ve been toying with a few ideas about how to make these income reports more helpful for all of you. Thanks to some inspiration from fellow DN, Leah of the Sweetest Way, I’ve come up with a few changes that I hope will make these even more helpful for you as I move forward in my quest for total internet domination. Er, I mean, running an online business.

August was an interesting month. I started a new project with a HUGE client that I’m super excited about, but I struggled massively with post-travel come-down and trying to get myself back into a routine. I felt burnt out by the end of every week and I needed to figure out a way to keep going at the pace I was going without losing my mind or turning into a coffee-fueled zombie.

I kept my expenses to a minimum this month mostly because I’ve been so focused on creating content for this blog and for all of my freelance clients. I slacked off a lot in July since I was traveling for most of the month, so I felt like I needed to make up for lost time (and income) but it meant I didn’t spend much money on self-learning or marketing.

I finished up with MailChimp this month. I paid for August, which was $15, but decided it was finally time to start taking my email marketing more seriously, so I signed up with ConvertKit. At the moment, I’m paying $29 a month. So far, I’m really happy with my decision. The customer service is absurd it’s so good. They literally sent me a personalized video (maybe I’m easily pleased?) to thank me for signing up. I love how easy it is to integrate into the blog, set up sequences, and ensure that I’m sending readers the right emails. I’m looking forward to spending more time this month delving into what ConvertKit has to offer.

I recently hired a writer for my travel fashion site, Collecting Labels. I was starting to feel super overwhelmed with keeping it going, but I knew I didn’t want to let it fall to the wayside. It has a great DA and receives a fair bit of traffic to certain posts. At the moment I’m paying $15 per article, but am hoping that more consistent posting will allow me to pay more in a few months time. If you’re interested in writing for the site, head over to the contributor’s page. This month I paid $45 for posts.

I’m really excited about a few new projects that have come my way this month and will continue to be part of my income until at least the end of the year.

I continue to work with a few copywriting clients that consistently show up in my inbox requesting work, which I’ve come to be thankful for, even if it’s not always what I want to be doing with my time.

This month I started a contract with Lonely Planet, which I’m still trying to wrap my head around (you can see my first piece here). It will now be a regular source of income for at least a few months to come. It’s travel writing and kind of a dream come true, to be honest. It’s the sort of work I always dreamed of doing when I started freelancing last year, but wasn’t sure I was capable of getting this early on. I also did a few other smaller jobs this month that brought this stream of income up quite a lot.

This month I earned $590 from freelance writing.

A few weeks ago there was a MOZ update which brought my domain authority (DA) up to 34. Since then I’ve been receiving a lot more emails about doing sponsored content. It also meant that I could start charging more than I used to. I also did some more work with SocialPubli this month that was pretty lucrative.

This month I earned $426 on sponsored content across my two websites.

I cannot believe how many people are finding my Youtube channel at the moment. It’s pretty cool to see this income stream grow slowly but surely. I’ve made a few videos this month, but my cost of living in Mexico City series continues to be the most popular.

I have hardly devoted any time or energy to affiliate marketing lately, to be honest. I decided last week to start going back through the Making Sense of Affiliate Marketing course I paid for earlier this year and it’s helped me get back on the horse so to speak and really start focusing on the future of this blog.

This month I earned $55 on affiliate marketing.

I set my membership back up recently and will be using ConvertKit to see if I can help people plan their travels or moves abroad.

This month I made $50 on Eternal Expat memberships 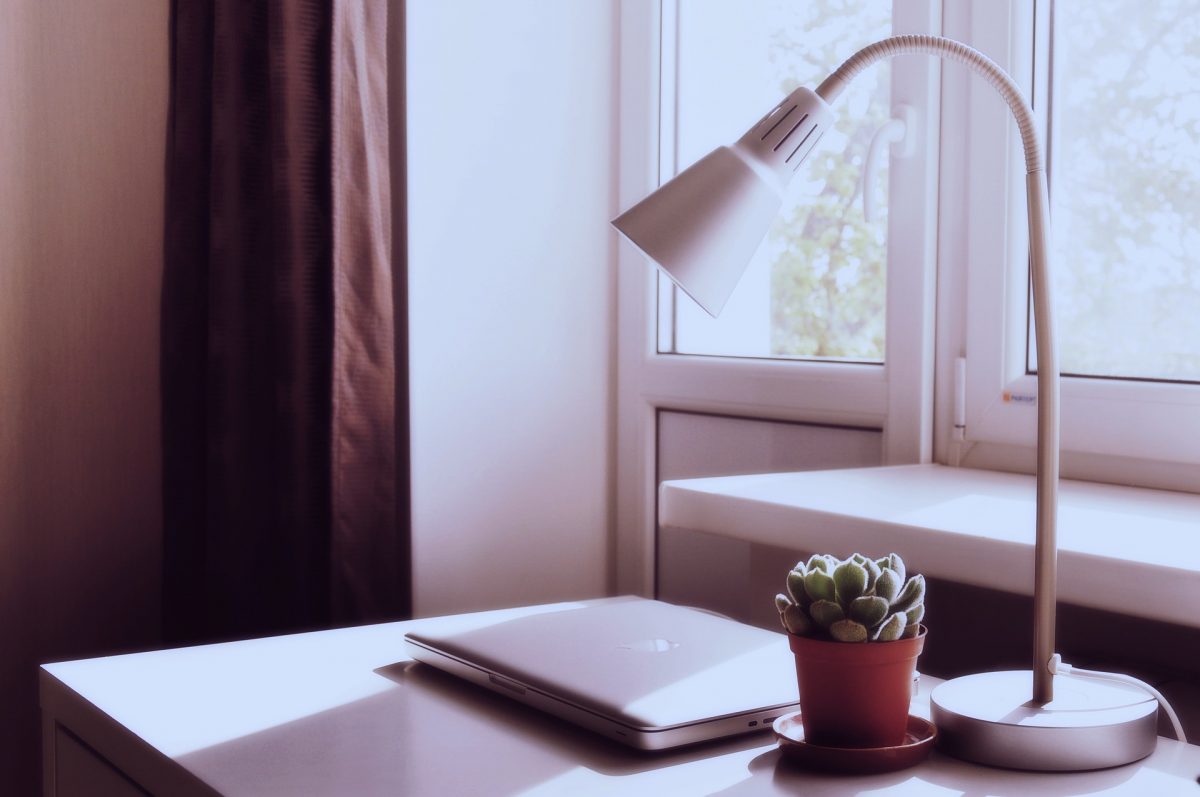 Holy crap am I tired. I’m literally exhausted after this month. It was like I was punishing myself because I took a bit of time off in July and dared to step away from the computer for more than 12 hours. I was so excited to get content created when I got back from Costa Rica and Oaxaca, but tons of copywriting work flooded in and instead of managing my time or saying no to a few things, I said yes to everything and worked longer hours than I’ve worked all year.

After two straight weeks of working seven days in a row and partying hard on the weekends, I lost it. I could barely keep my eyes open while I was sitting at my computer one morning and I realized that I was being a total jerk to myself. I realized that I’d been throwing myself into all of this work to make up for the fact that I fell below my $2k goal last month and I realized I live in constant fear that I’ll wake up one day and the emails and offers will stop coming so I better say yes to everything now and take the money while it’s there.

I also did something that I know is bad, but I couldn’t stop myself. I spent hours each week sitting on my phone comparing myself to other bloggers and freelance writers who are in completely different places in their journey than I am. I wondered why I wasn’t getting those jobs or why I didn’t have as many readers or Facebook followers or Instagram likes as that person because I love self-loathing apparently. It put me in a really bad place mentally and made me feel like I was never going to be good enough, so I let the blog go a little bit more than I should have. It was kind of like, well if I’m not going to be as good as them, why bother?

So last week I decided to put a stop the seven-day workweek and the endless internet scrolling. Last week I took the weekend off even though I could have done some work on Saturday. Instead, I read an entire book in bed. I’ve also started putting my phone on airplane mode as soon as I finish working for the day. I’m giving myself permission to relax and unwind at the end of a workday. I’m giving myself permission to be imperfect and to have a life outside of the internet, even if that means maybe I don’t make as much money as I think I should be making.

Over the last week or so I’ve been trying to figure out what it is I’m trying to achieve and setting out a plan for achieving that. I’m quickly burning out trying to hustle for a couple hundred bucks every single day of the week. I also want to start holding myself more accountable for reaching actual targets rather than just bobbing along with the same jobs every month.

My overall goal is to depend less and less on copywriting and focus more and more on this blog, my Youtube channel, and my freelancing clients.

If you want to read my previous income reports you can do so here. 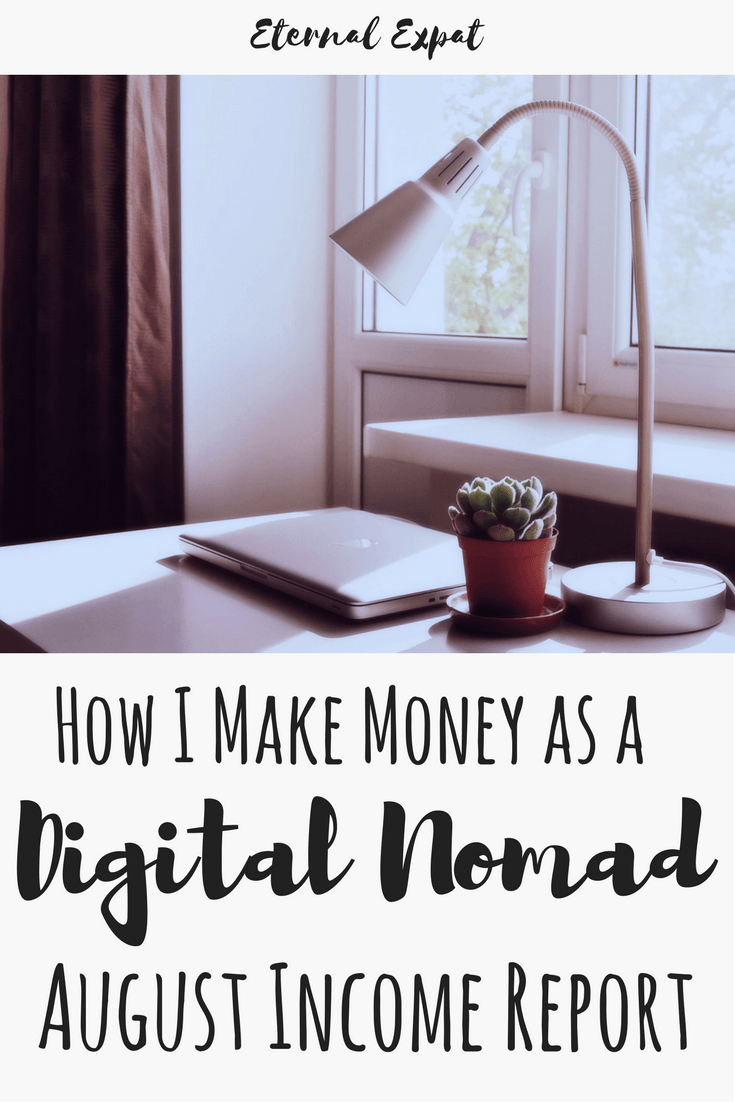 Loving your blog. There's a possibility that I'll need to become a "digital nomad" myself in a year or two. What skills would you recommend I work on in the meantime? I was debating between taking an advanced MS Excel class or a beginner's Adobe Illustrator. Do you mind if I ask what kind of work you do for Copypress?

Good list. I m working as a freelancer from home and looking for more ways to earn money.