I was in my apartment cooking lunch when I heard Luke in the other room.

“Whoa” he said as he came into the kitchen. He was telling me there was an earthquake before I could feel it.

Then it came with a bang.

Although we’ve had a few earthquakes in Mexico since I moved here last year, this one immediately felt different. I turned off the gas hob, slid on my flip flops and ran outside without even grabbing keys or closing the door. I heard glass shatter behind me as I left my apartment and made my way down four flights of stairs to the parking lot.

I didn’t always react this way to earthquakes. Back in 2011, I was living in Christchurch, New Zealand when a 6.3 magnitude earthquake shook the city and its people, killing 183. I was frozen in place as I watched apartment buildings around me sway, watched glass shatter, and watched the pavement crack in two.

Every aftershock after that, of which there were many, I froze again and again. I was paralyzed with fear. I didn’t go into a doorway or outside or under a bed. I simply stood where I was until the earth stopped shaking.

There are lots of arguments for the right thing to do during an earthquake. You’re safer inside, some say. Get into an open space, say others. I recently read advice that said to get near an interior wall because they’re the sturdiest.

You can read all of the advice you want, prepare in every way possible for what is inevitable in the Ring of Fire, but you never know how you are going to react when that moment comes. There’s no warning, no time to prepare or change your reaction, you simply do what your body and mind tell you to do. 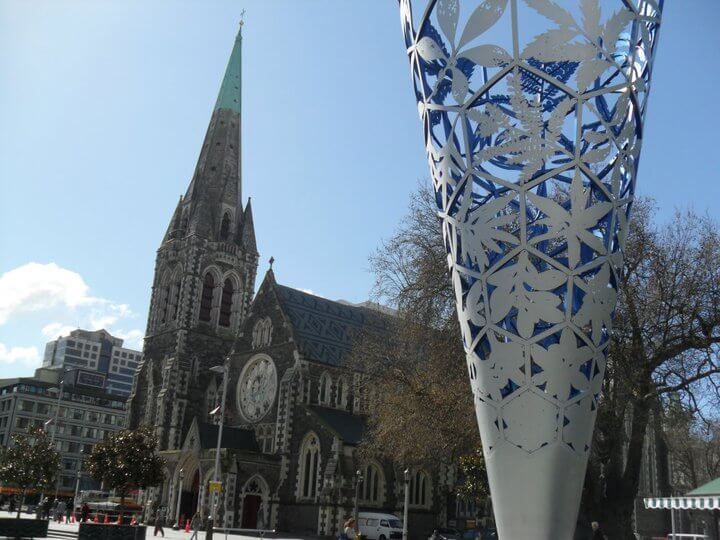 Christchurch, New Zealand only a few days before the devastating earthquake in 2011.

It’s strange because it feels almost wrong. You know there is still so much to do and yet, you need to pay your bills, fulfill your responsibilities at work, and support the people closest to you.

For me, that’s why continuing to shed light on what has happened and what continues to happen is so important. It’s why in my most recent Youtube video, I urge people not to cancel their trips, because Mexicans here want to get back to normal, too. 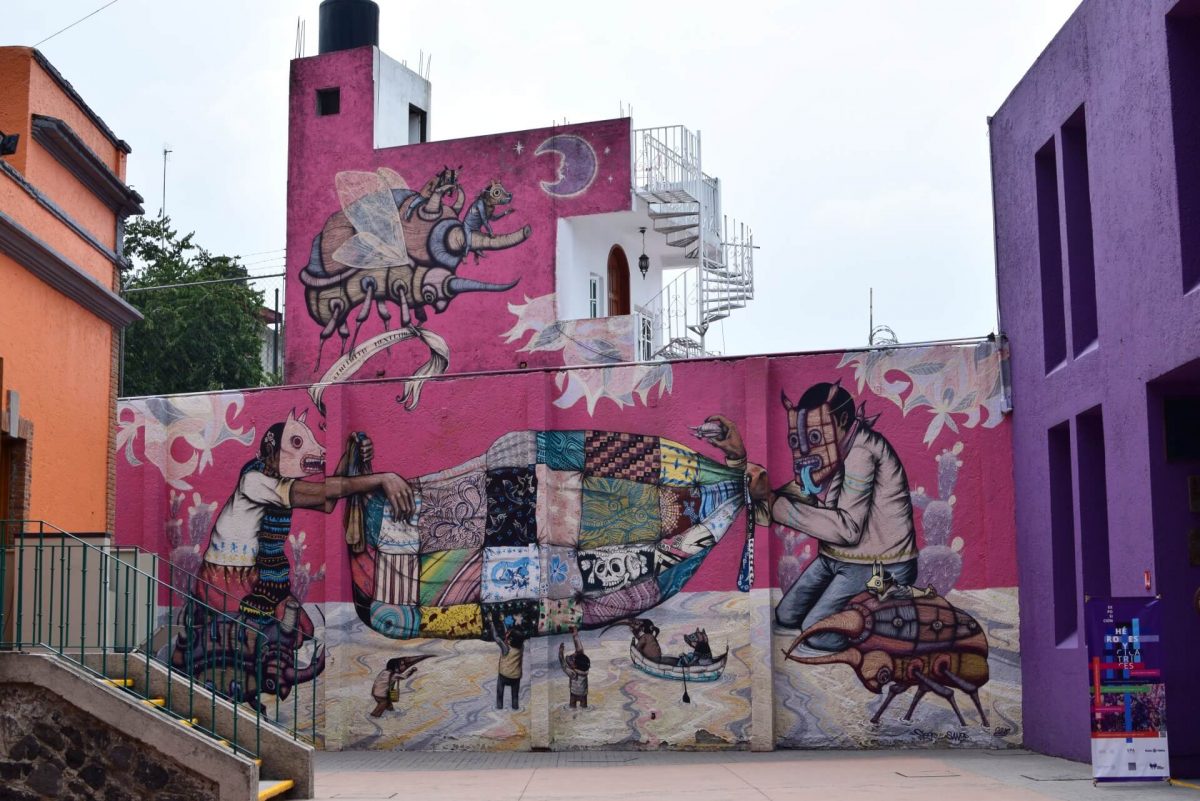 The Need for Tourism After Natural Disasters

The earthquake in Christchurch happened on February 22nd. I stayed in the city for several months after that working with the city council, helping businesses and building owners around the city. I spoke on the phone to people who were losing their livelihoods, who were sinking money into their business, who were angry and sad and sometimes just wanted to give up.

I watched as Christchurch went from a bustling city with tons of tourists and backpackers to almost a ghost town. People asked me what there was to do there or why they should stop there on a trip through New Zealand and I didn’t really have an answer. Because they need you? Because these people are the kindest and most generous people you’ll ever meet? Because without your tourism dollars these businesses and tour companies and beautiful bed and breakfasts may not exist in a year or two?

And that’s sort of what happened. I check up on the city every few months. I loved reading about their shipping container mall. But it’s not great. It’s certainly not “back to normal.”

So, here I sit in my apartment in Mexico City and I fear the same. Although the city’s people are still here and fighting, I worry about the patronage at my favorite restaurants, about the historical sites and museums that rely on visitors to stay afloat. I worry about the tour companies that need the hoards of American and Canadian and European and Asian tourists to spend their Dollars and Euros and Pounds and Yuan.

The same is true of everywhere that has these problems. Considering a trip to Florida, or Houston or the Caribbean? These places NEED YOU. 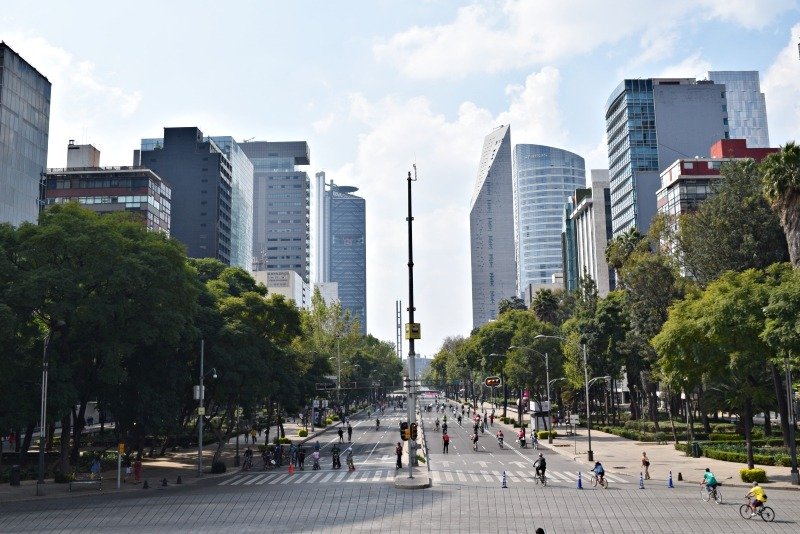 I can’t tell you that for sure. Just like I can’t tell you if Florida will have another hurricane next year or if Puerto Rico will be open for tourism in the next few weeks or if something bad will happen anywhere else.

It’s possible that there could be another earthquake. Of course it’s possible, Mexico City sits right on the cusp of the Ring of Fire alongside LA and San Fransisco and Japan and Hawaii. Would you visit those places knowing that they could have an earthquake at any moment?

Structural engineers have been checking hotels and restaurants, schools and offices for the last week and they will continue to do so until they’ve all been given the yes or no. The city will have to move forward from there.

But know that hotels all over the city have been given the green light and they would love nothing more than for you to spend a few nights. I recently received an email from one of my favorite boutique hotels in Mexico City, Chaya B&B. The building they are in has been inspected and is ready for you. There’s a really awesome burger place right downstairs and next door is a huge market where I head almost every weekend for mouth-wateringly good barbacoa tacos.

All I know is that I love this city and I would hate to see it suffer. I truly believe it is one of the most amazing cities I’ve ever been. If you skip out on Mexico City during a trip to Mexico, you’ll miss out on a wealth of Mexican history, a fascinating metropolis, and meeting some of the most resilient, kind, warm, and welcoming people that I’ve ever been lucky enough to get to know.

Thank you for writing this. I agree with everything you said and just knowing that there are kind people everywhere you go no matter what is truly a blessing. :)

Wow, that must have been scary for you being in the earthquake! Glad you are okay. Living in Florida, I can tell you that we WILL have another hurricane- and one after that and again and again. That's just what happens here. But everyone will rebuild to the best of their abilities and yes, tourism dollars are vital to the local businesses. The Smoky Mountain communities had the same problem after last years fires. I am hoping Mexico City bounces back quickly!

Mexico City truly is amazing. The people are so welcoming and kind. I just visited this past August and it was one of the best experiences of my life. I wish I can live there and I hope I can make that come true once I graduate uni. Thanks for sharing!