La Marquesa is about an hours drive from Mexico City, just across the border into Mexico State. The official name of the area is Parque Nacional Insurgente Miguel Hidalgo y Costilla, but you won’t catch anyone calling it that. This national park is simply referred to as La Marquesa. It’s the perfect place to head if you want to escape the bustling city and simply enjoy a little bit of nature. 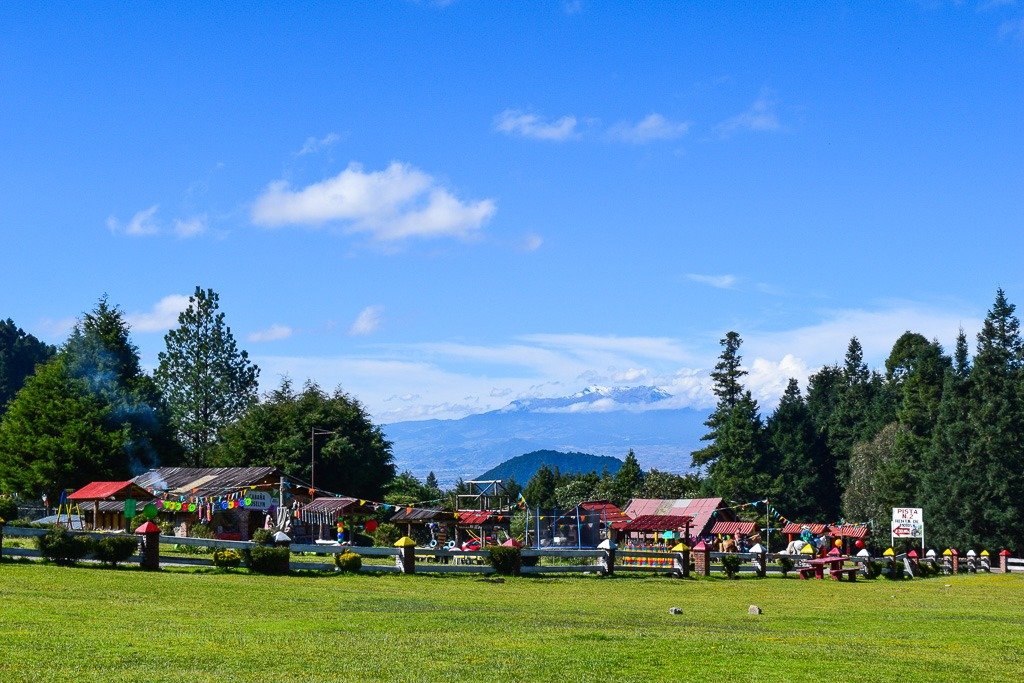 How to Get to La Marquesa

The easiest and quickest way to get to La Marquesa from Mexico City is to rent a car. It’s straight down the Toluca highway (there’s a toll) and you can choose which ranch or park area you want to stop in.

I always use Expedia if I want to rent a car in Mexico. I’ve found it to be the best price around and it has all of the reputable companies on there. You can easily pick it up from the airport or from a location just outside the city center so that you can totally avoid the traffic of Mexico City.

Another option is to take the bus from Mexico City to La Marquesa, but it only stops in one place and you need to make a careful note of when the buses return to the city because it only runs in either direction a few times a day. Get yourself to Obersvatorio metro station (the end of the pink line). You’ll see a big bus station called Autobuses Foráneos. Don’t go that way, go to the other side of the bus station where there is a small bus stop. Look for the bus that says Caseta/La Marquesa. It goes all the way to La Marquesa and stops in an area where you can enjoy plenty of good and still do some walks around the area.

A third option is to hire a taxi for the day. You can do this either near the cathedral where the Turibus double-decker goes from or from the side of the Hilton Hotel. Expect to pay anywhere between 1,000 and 1,500 pesos (between $60 and $80 USD). You can also take an Uber, but I’m unsure of whether or not you’d be able to find an Uber back to the city. 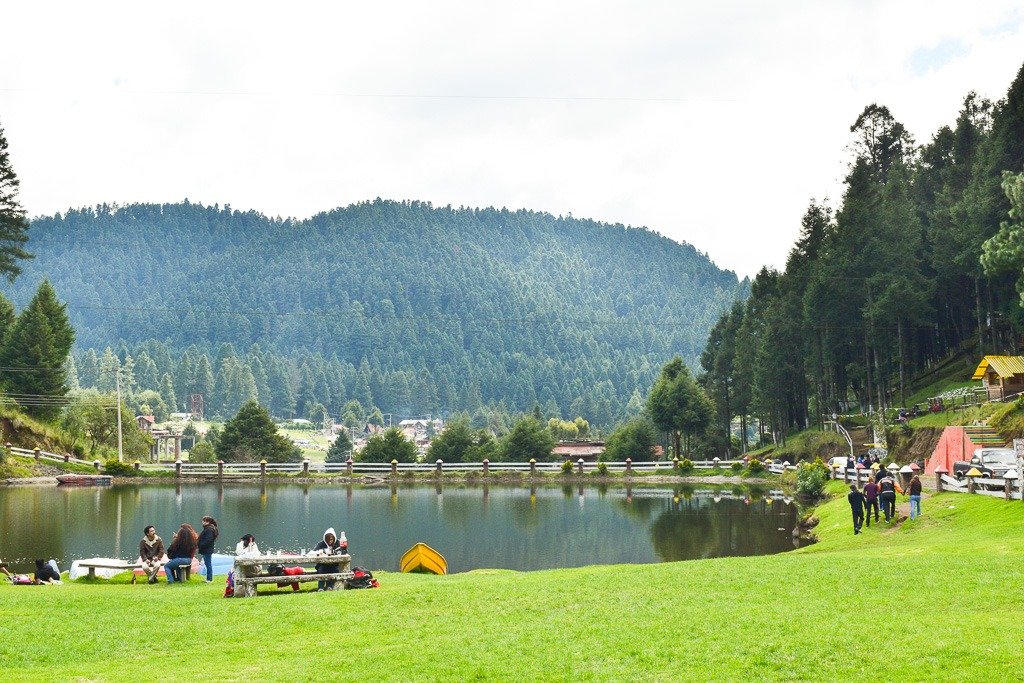 You can rent a canoe and hang out on the lake or go for a walk through the forest. There are picnic tables everywhere, too. 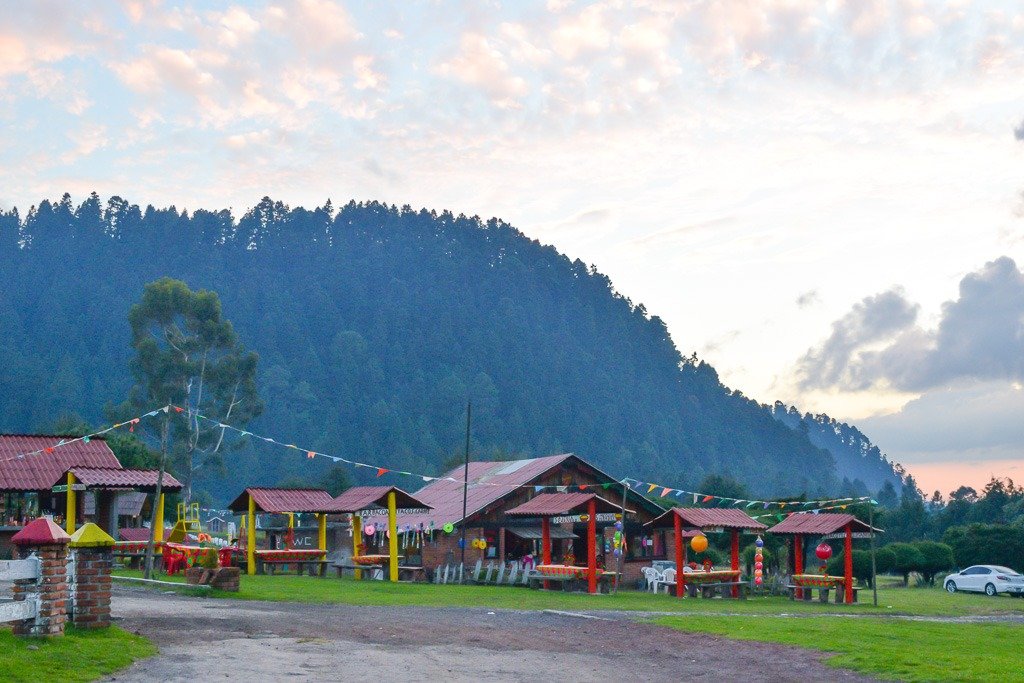 There were small restaurants all over the place – it was hard to choose which ones to eat at!

What to Do in La Marquesa

The national park is full of small ranches. It’s the stuff from movies. It’s what you comically imagine Mexican ranches to be like. There are little boys with cowboy boots and hats too big for their heads. Most city dwellers head to one of these ranches to ride quad bikes, eat amazing food for very cheap, ride horses, hike through the mountains, and even ride a zip line in some areas.

There are also trails around the national park where you can walk. It’s not too steep anywhere and if you go during the dry season (October-May), you can easily walk the trails in sneakers. If you head to one of the ranches you can hike up and then ride one of the concrete slides to get back down. You can pick up a surprising amount of speed!

There are a few ranches that are more popular than others. When I went, I went to the Recreation Center Valle del Potrero. The other well-known one is called Centro Recreativo Valle del Conejo. Both are on the same road and are well sign-posted as you come into the national park area. 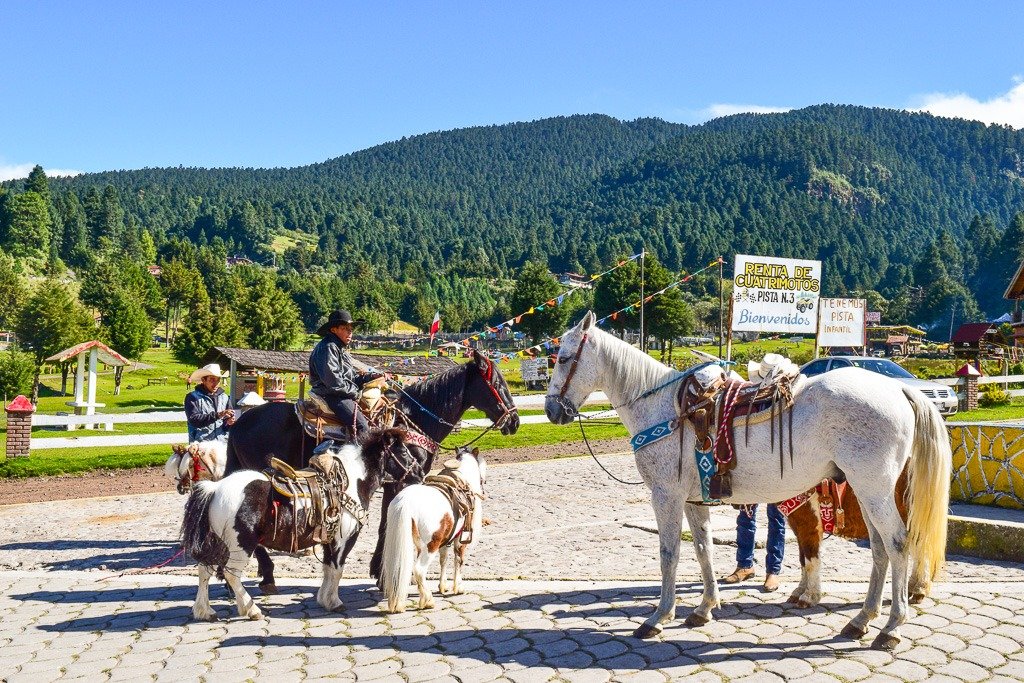 You can ride horses along the trails for a small fee or just take photos of them like I did. 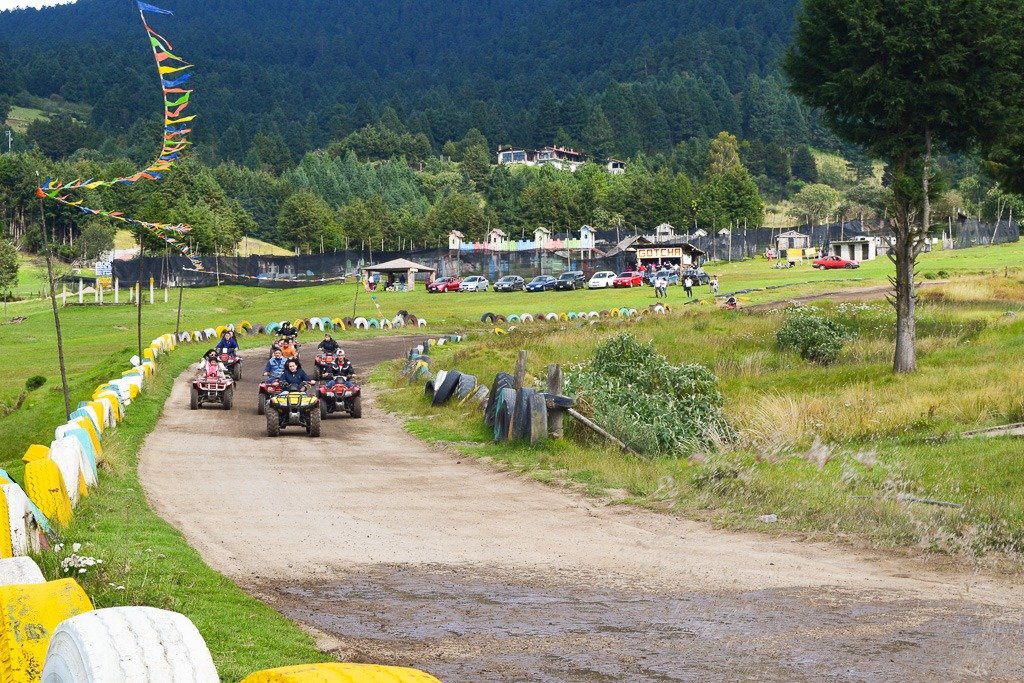 We rode quad bikes, which was the first time I’ve ever done it. It was kinda scary, but also pretty fun!

What to Eat in La Marquesa

The food in this area is so delicious. Everywhere you stop you’ll get handmade blue tortillas, green chorizo (chorizo verde), and delicious cafe de olla. The main dishes of La Marquesa, and two that I really recommend you try, are the local freshwater trout and the rabbit. Everything will come with piles of tortillas and deeply flavorful sauces.

All of the ranches have little locally run restaurants, so try to support a few of them while you visit. They are run by local people who are often native to the land and have been making this sort of food for generations. 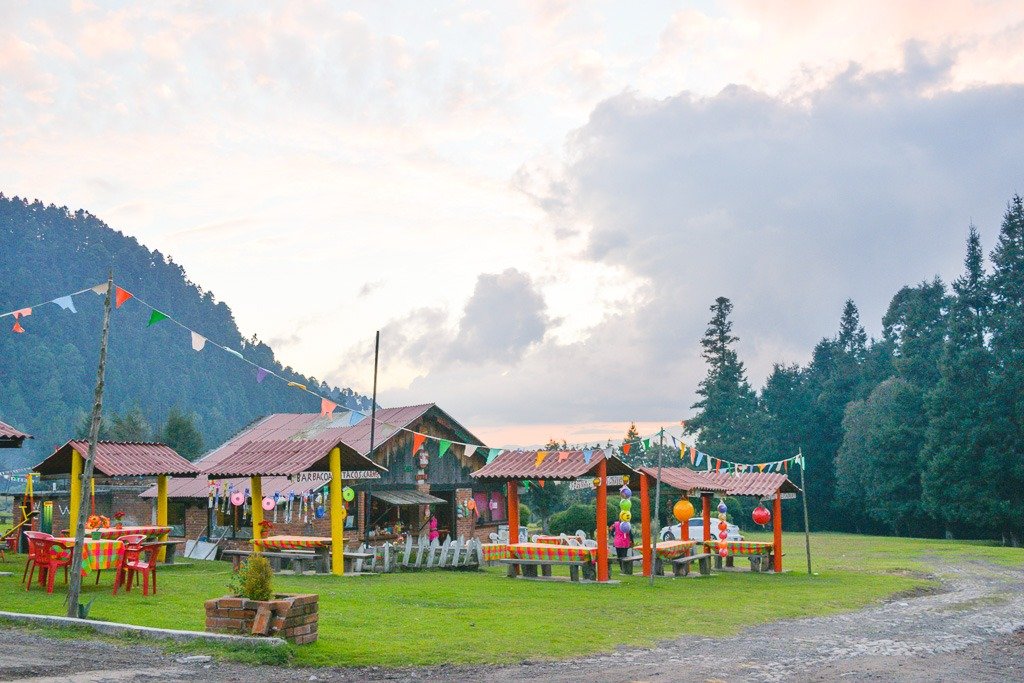 This restaurant served up some delicious rabbit and their tortillas may have been the best I’ve ever had. 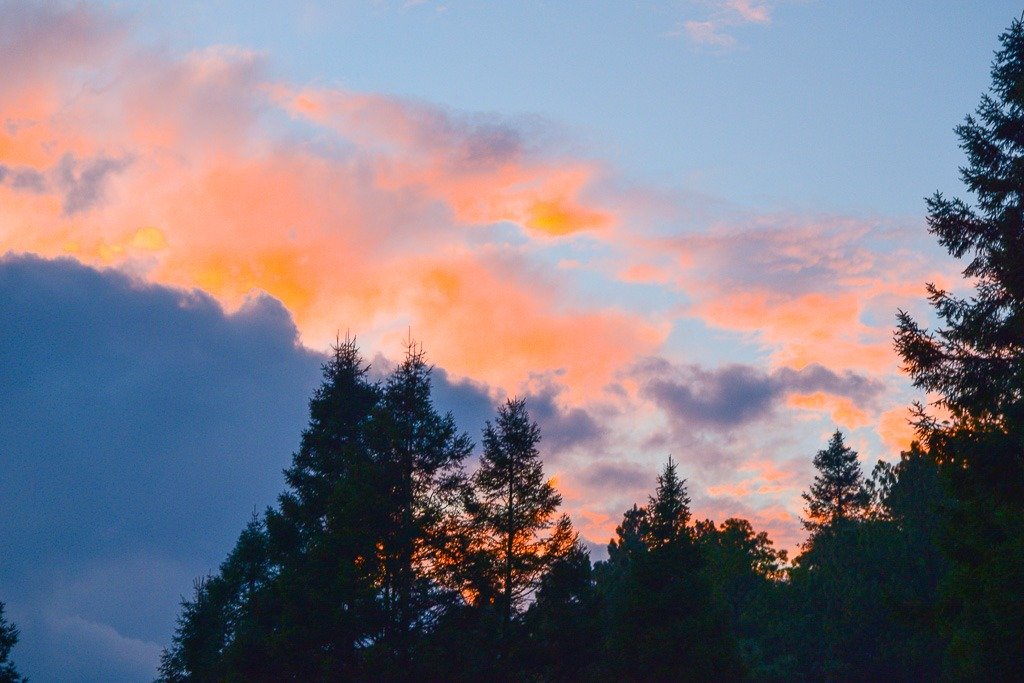 The sunset wasn’t bad either. 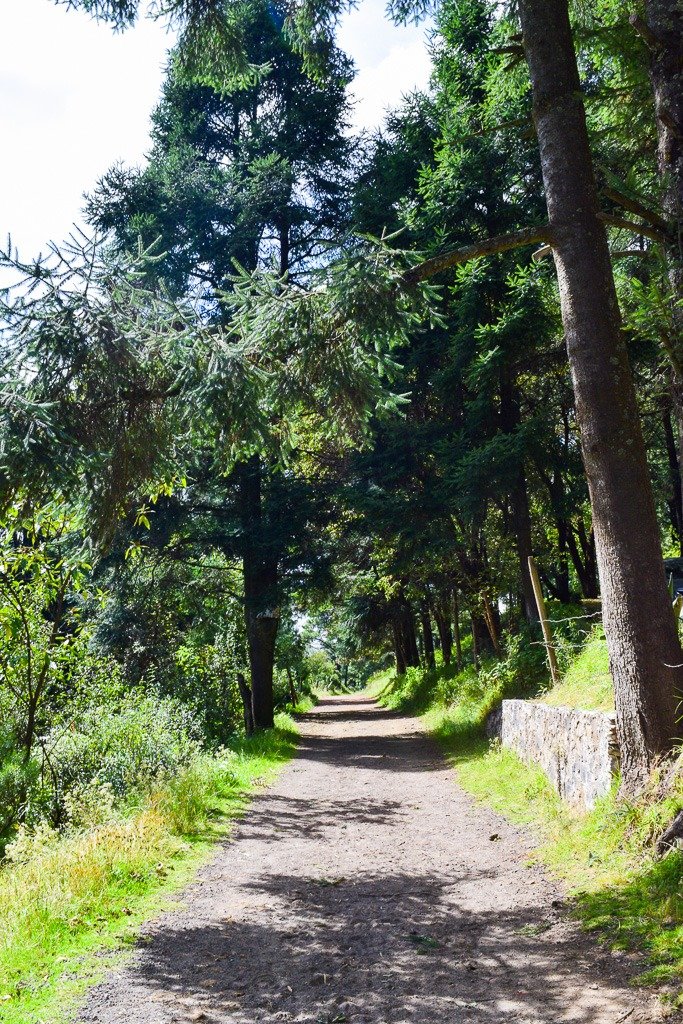 I really enjoyed just being around nature and out of the big city. It’s amazing how close it Mexico City it is and yet how serene it is! 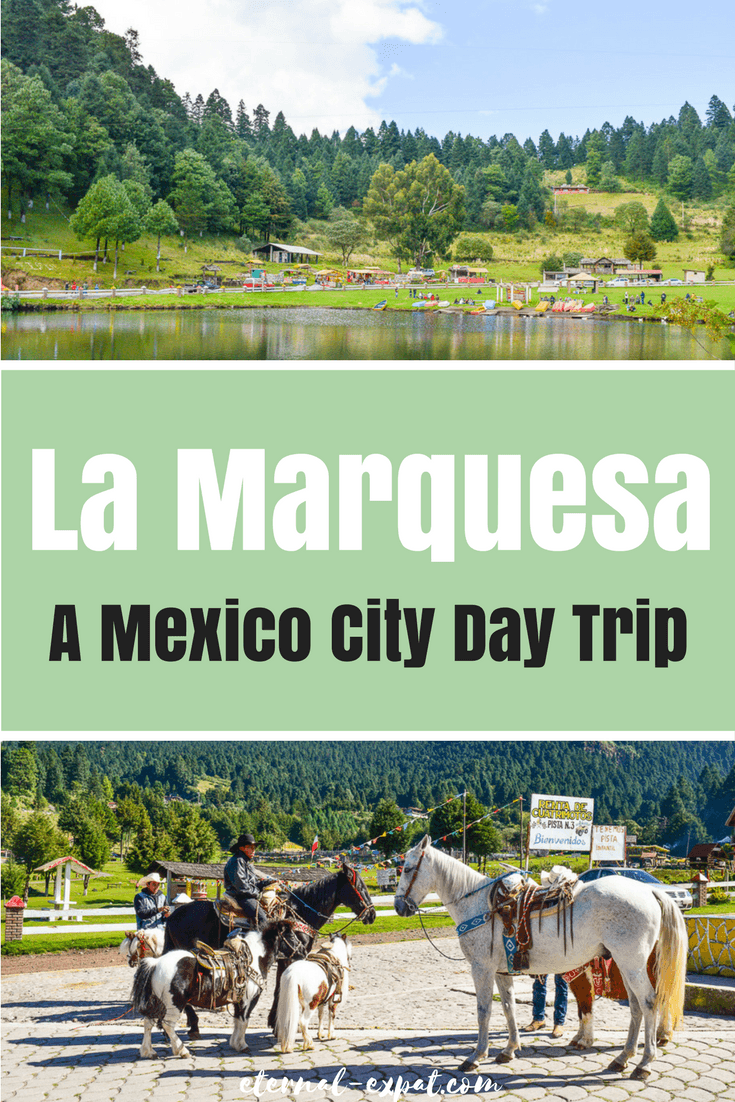