Skip to Content
There are so many unusual things to do in Mexico City, I discover something new every week. It’s one of the things I love about living here. I get to know off the beaten path Mexico City spots while also enjoying the things that are firmly on the beaten path (which I also highly recommend – it’s all about balance!).

8 Off the Beaten Path Mexico City Things You Don’t Want to Miss!

Want to see more Meso-American ruins but don’t have time to get to other parts of the country? Besides the amazing Templo Mayor in the city center and the incredible pyramids of Teotihuacan, there is one other set of ruins that are definitely worth your time while you’re in Mexico City, but for one reason or another, get left off of people’s itineraries. Cuicuilco is located next to the city’s university campus near Coyoacan. It’s not a huge site, so you can probably tack it onto a day of exploring Coyoacan if you wake up nice and early.

The thing I love about it is the shape – it’s totally round. I’ve never seen a site like this anywhere else in Mexico. There are a few plaques around the site and on some days you can grab an English speaking tour guide, but don’t count on it. Simply go to wander around and see a little slice of incredible history. There’s a museum on-site as well if you want to see some more of the artifacts that have been excavated from the site.

How to get to Cuicuilco: You can either take an Uber from Coyoacan (or anywhere in the city for that matter) or you can take the Metrobus on Insurgentes to the Villa Olímpico stop. It’s a good addition to a day out visiting the UNAM campus, too. You can walk along Insurgentes from the campus to get to the ruins.

I only recently learned about this absolutely amazing place. It’s crazy actually because it’s only a few miles from where I live. It’s an apartment complex, but it’s one of the most architecturally interesting places I’ve ever seen in Mexico City. A few searched on Instagram of Quetzalcoatl’s Nest will yield colorful and unique photos. It looks like a Hobbit world created by J.R. Tolkien, but it’s actually a place where people live.

It was dreamt up by architect Javier Senosiain. You can read all about the thought process behind it on his website. You have to get permission to visit since it’s a private apartment complex, but simply contact them through the architect’s website. Alternatively, you can actually stay in one of the apartments during your trip to Mexico City. One of them is available on Airbnb with eight beds and a steep $250 per night price tag. If you are visiting with a few friends, it might be very much worth your while.

This is one of my favorite places to escape to in the entire city. Located inside the enormous Chapultepec Park (which happens to be the largest park in the Western Hemisphere) is this tiny little garden on the other side of the castle. Look for the smaller war memorial along the King’s Way path. It looks almost like a stage facing the path. Just to the left of this is a small maroon sign that points you to the Audiorama.

The garden is almost completely surrounded by tall bamboo trees. Choose one of the reclining benches or grab a book from the pile (they’re all in Spanish). Then just sit back and listen to the relaxing classical music that plays through the surround-sound speakers. 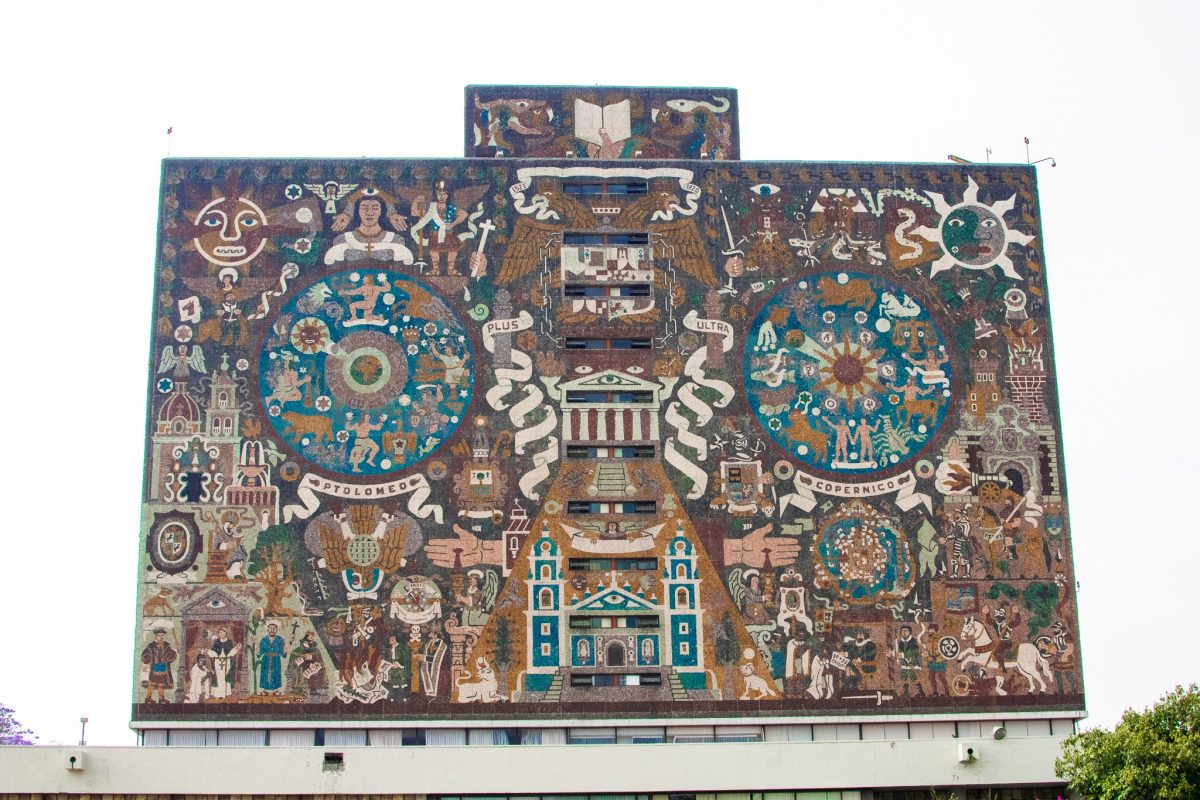 The library at UNAM – the picture simply doesn’t do it justice (it was cloudy and rainy when we went).

UNAM is the country’s single public university with campuses all over Mexico. However, the main campus is located just south of the city center not far from Coyoacan. While it may seem like a weird idea to visit a university campus, there are a lot of draws to visiting this part of the city.

If you want to see some of the most stunning public art in the city and something that most tourists totally skip out on, get yourself down to UNAM and visit the area around the park, Las Islas. From here you can see the murals painted on several of the buildings as well as the incredible mosaic on the university’s public library.

How to get to UNAM: I suggest taking the metro to Coplico, which is the stop just before Universidad. Coplico is much closer to the library. If you make the mistake of getting off at Universidad like I did, simply walk through the campus to the other side. It will just take a little bit longer. You can also get to the campus by taking an Uber or hopping on the Metrobus along Insurgentes and getting off at Ciudad Universitaria.

This little off the beaten path Mexico City site is only a small one, but well worth adding to your Mexico City itinerary if you’re already planning on visiting the Biblioteca Vasconcelos (a stunning public library here in Mexico City). They’re within walking distance of one another. The gazebo-esque structure is not something you’ll see elsewhere in Mexico City. It’s said to have been a gift from China although other sources claim that it was gifted to Mexico City by a Sheikh. Either way, it’s a beautiful structure well worth a visit and a few photographs, too.

Did you know that Leon Trotsky sought refuge in Mexico after he was exiled from Russia? He was helped by his good friends Diego Rivera and Frida Kahlo. His home while he was here is in the same neighborhood as Frida’s Blue House Museum. You can visit them both in one day. If you don’t know much about Trotsky or his relationship with Frida and Diego, I highly recommend going to the Frida Kahlo Museum first. You can a really interesting peek into their relationship and there is a lot more information in English at the Frida Kahlo Museum.

Leon Trotsky’s house has been kept almost entirely as he left it. It’s a little bit eary, but really interesting if you’re a bit of a history buff.

A little bit of a trek outside of the city center (although not as much of a trek as Teotihuacan), is the Planetarium. It is a huge complex that is a nice off the beaten path sort of trip, especially for kids. It’s one of my favorite sites to explore in Mexico City during the rainy season (June-early October). You can easily get there by taking an Uber. The area isn’t packed with tourists and after dark it can empty out pretty quickly, so just be sure to visit earlier in the day. 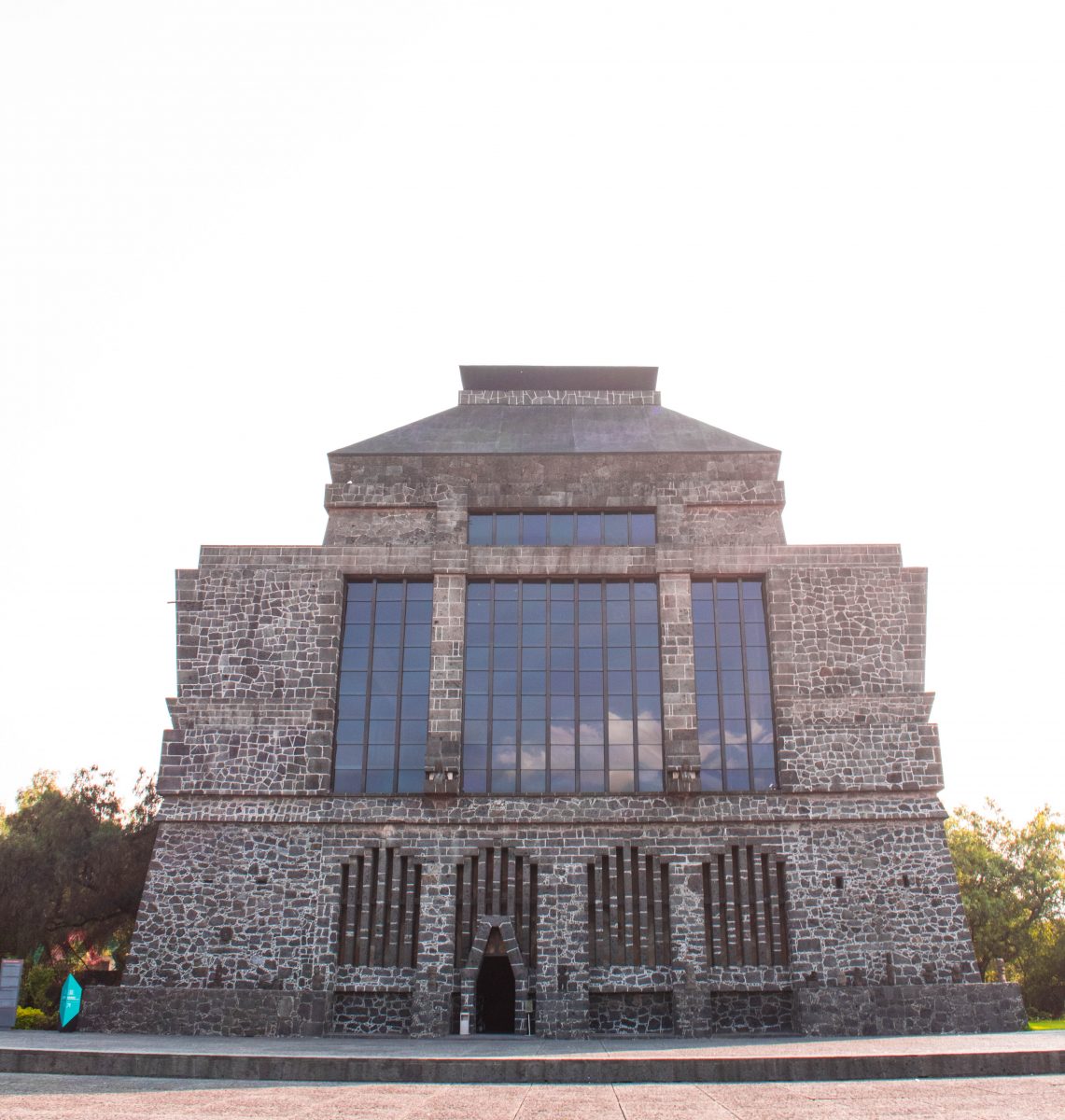 Another often neglected museum that I highly recommend adding to your itinerary is Museo Anahuacalli. This museum was the dream child of Diego Rivera and unfortunately, he died before the building was finished, so he never got to see his architectural dream completed. It’s one of my favorite buildings in the city, but what’s inside is pretty great, too.

The museum houses Diego Rivera’s private collection of pre-hispanic art. There’s everything from sculptures discovered at Teotihuacan to pieces of wall that were found around the Yucatan. There is pottery and paintings and mosaics on every floor. It’s a good-sized museum that you can see in just over an hour. Be sure to get to the rooftop while it’s still daylight so you can get a nice view back over the city.

Get My Mexico City Guidebook! 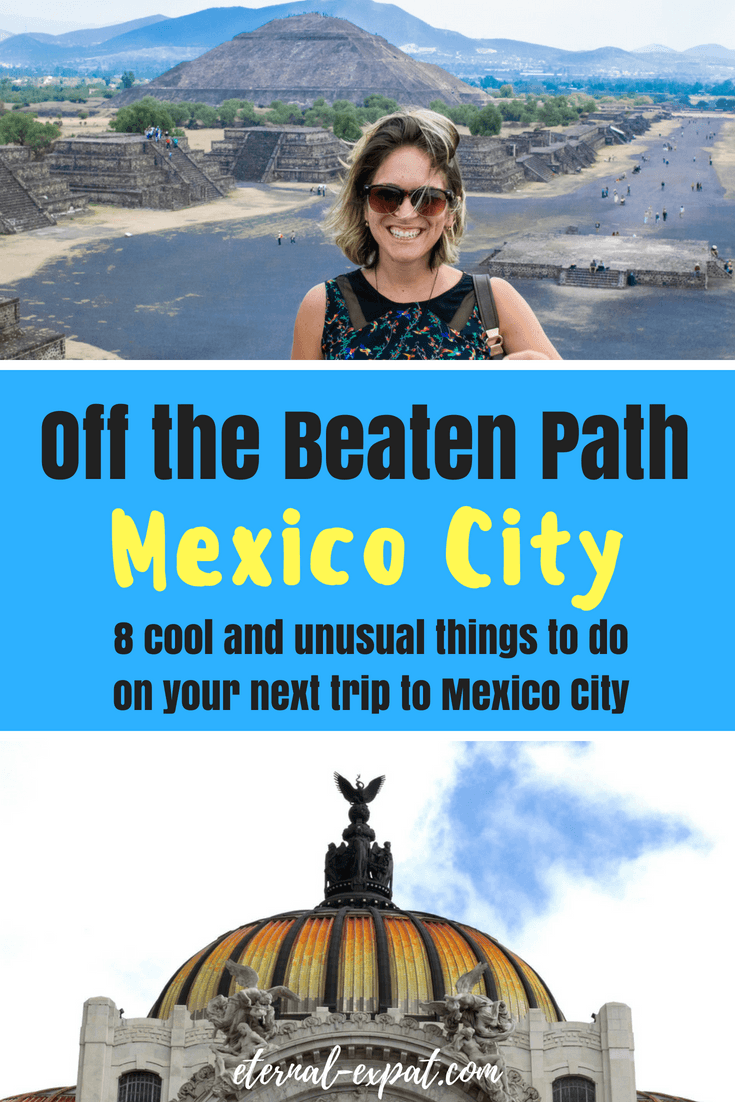