I never really thought about using a VPN before I moved to Mexico. I’d heard of people using them, sure, but I didn’t think it was something I really needed as a blogger or as a regular internet user.

I knew that a lot of people use a VPN in China where lots of websites are blocked so that they can use Facebook and Youtube, but nothing is blocked here in Mexico, so I didn’t give it a second thought.

I also knew that a lot of digital nomads use them to protect their security on public wifi. But I didn’t really consider why I, a freelancer who works from home, would need a VPN in Mexico?

Then more and more of my friends who are digital nomads here in Mexico City kept talking about it. I did some research, I fell into a black hole of YouTube videos to be precise, and I can confidently say I’ll never go back. It’s not just about watching TV shows from back home. It’s about your online security. It’s about protecting your privacy, your personal information, your passwords, and pretty much anything else you do on your phone or computer.

What is a VPN?

VPN stands for Virtual Private Network. It basically means that you are protecting your information from the eyes of others. When I first learned that this was the main use for a VPN, I was intrigued. While I’m not exactly doing anything earth-shattering over here, I am interested in keeping my privacy on the internet and anywhere else for that matter.

A VPN allows you to surf the web and work on any internet – be it in a cafe, at an airport, or in your apartment building, in total privacy. All of your data is encrypted and your location remains anonymous (and is in fact completely different to your actual location). While mildly patronizing, this video gives a great explanation in very simple terms of how VPNs keep your information private (and why this should be important to you!).

A VPN also allows you to “change your location” by using servers in different countries. This is how people in Chine are able to use Facebook, Google, and YouTube. For you, it probably means now that you live in Mexico, you can’t watch TV from the UK or the US quite as easily.

If I go to the Bravo TV website, I can’t watch Real Housewives of New York City (don’t just me) while I’m here in Mexico. But with a VPN, I can use an American server, which tricks the website into believing that I’m in the US. Now I can stream all of my favorite shows from different countries around the world without any problems! 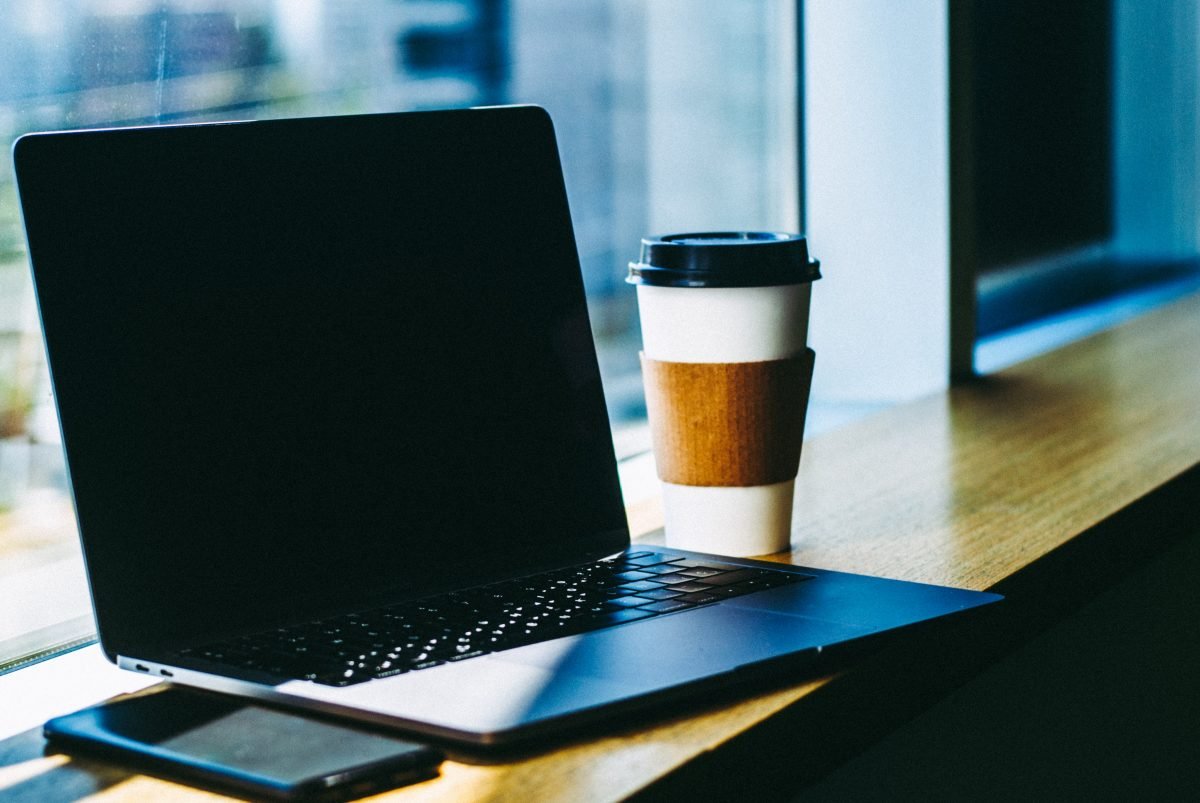 What are the Benefits of Using a VPN in Mexico?

There are so many more benefits to using a VPN than I ever imagined when I first started using one. The more I learn about keeping my privacy online, the more I wonder why the heck I didn’t get one years ago. I don’t want to get too technical, although it is pretty fascinating, so I recommend reading up on it, I do want to tell you about why I think using a VPN is super beneficial both here in Mexico and elsewhere.

The three main benefits of having a VPN in Mexico in my opinion are:

However, when you use a VPN, all of that information is encrypted. They can’t see where you are (because you are now sending them a totally different IP address) and they can’t see what you are searching for because it has been locked up by the VPN company.

It also protects you while you’re on public Wifi. Say you’re in a cafe on their open wifi checking your bank details. A savvy hacker who is also using that wifi can access the information that you are typing into your phone. However, if you use a VPN, that information is unavailable because it is being blocked and encrypted by your VPN provider. That really blew my mind and I’ve been using a VPN on shared WiFi ever since.

I use the VPN on both my laptop and on my phone to keep my information private, especially my banking apps. But I’m also hyper-aware of keeping my privacy all across the internet now, including my location and passwords when I use social media apps. 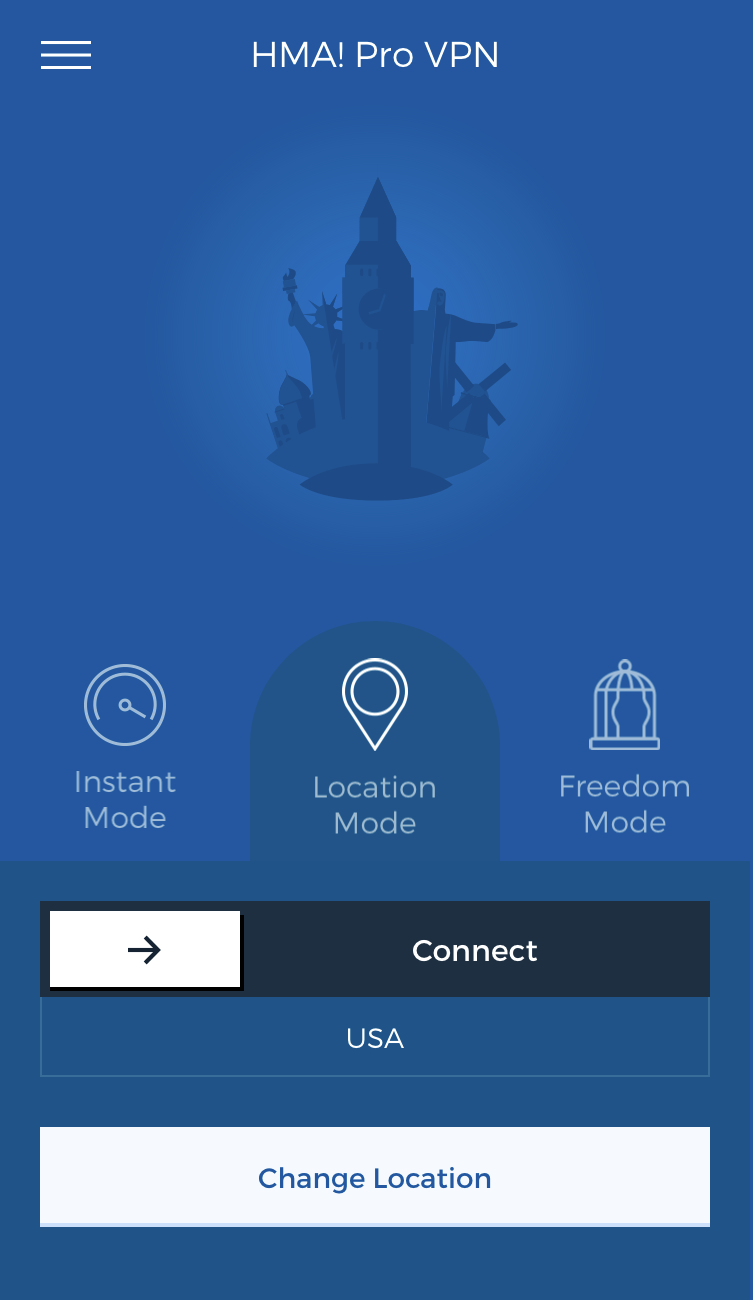 My current VPN, HMA! allows you to change the location so that I can watch TV and stream things on YouTube that I otherwise wouldn’t be able to do here in Mexico!

Watching your favorite shows from back home

The main benefit for expats in Mexico, though, is that you can keep up with all of your favorite shows, news channels, and other websites back home without any problems. Let’s face it, television in Mexico leaves a lot to be desired. And while I love a telenovela as much as the next gal, after a few hours of shouting and slapping and crying, I need to watch something else.

Whether you want to watch HBO, Hulu, Bravo TV, or live sports events from around the world, you can simply change your IP address location before turning on your VPN and suddenly you’ll be able to do exactly as you wish. While some websites, especially larger companies like Amazon, are savvy to the VPN and often do not let you watch anything unless you disconnect from the VPN, there are still plenty of sites where you can watch your favorite shows without a problem.

I had no idea this was even a thing until I signed up with HMA! VPN. Now I can’t stop checking flight prices in different countries! Basically, it has to do with currency exchanges, taxes, and what is called dynamic pricing, which is basically the idea that airlines and price comparison sites are able to see a lot of information about you: what sort of computer you’re using, where you are located, and then they create a price based on this.

However, if you use a VPN, you are able to block that information and therefore see the base prices of those flights. I’ve done this now twice in the last few weeks and in one case shaved $10 off the price of a flight (the flight was only $170 to begin with). In the other case, the price was the same regardless of where I changed my location to. It seems to work better on flights that are more than three months from the time of looking. 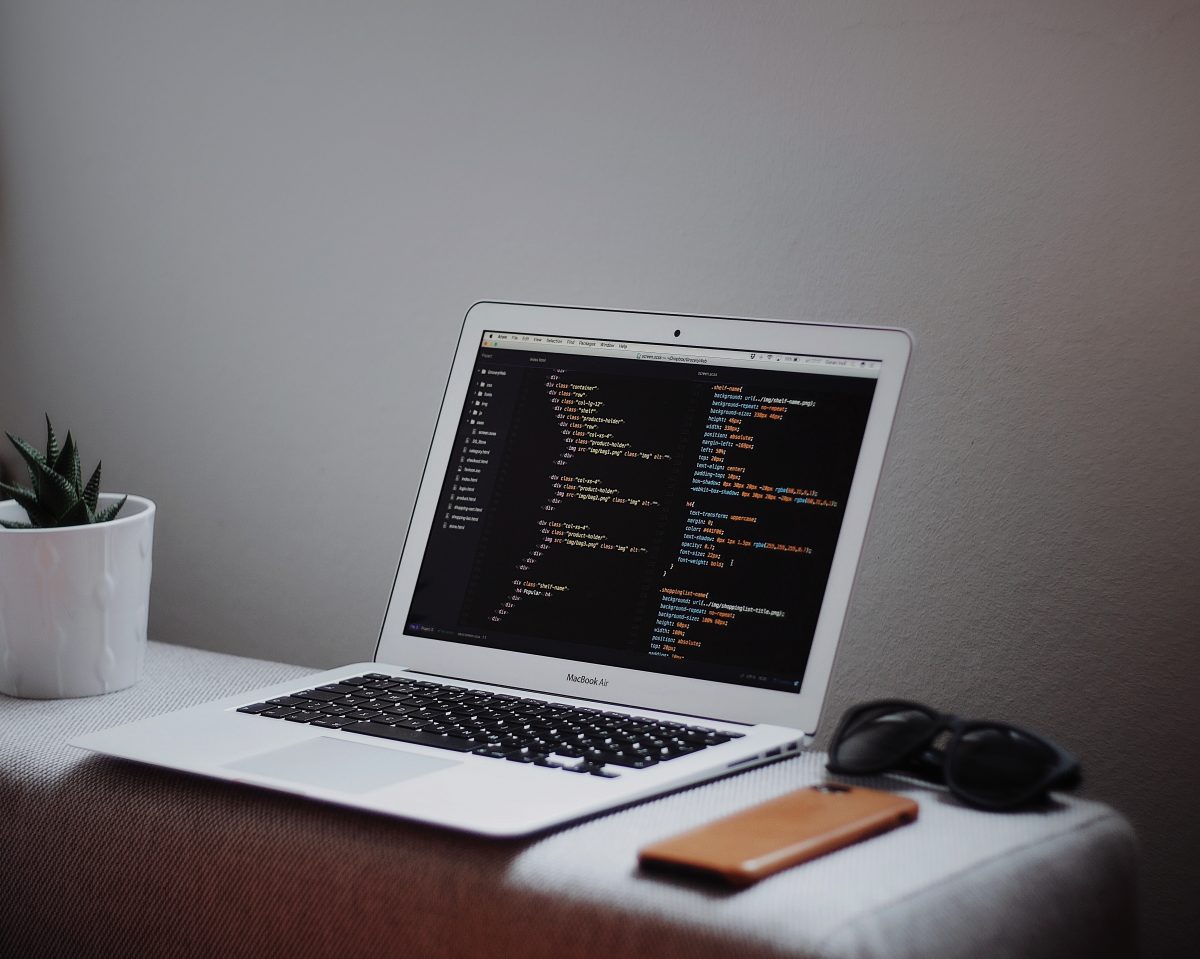 The Best VPN for Mexico Expats

I’ve only ever used two VPNs before and finding the right one can seem pretty overwhelming. There are what seems like hundreds of different VPN companies out there and some are definitely better than others. It’s important to consider two main things when you are looking at a VPN: 1) where you’ll be using the VPN most and 2) where you want it to believe that you are most often.

Assuming that you are reading this article because you want to use it in Mexico, I really recommend HMA! VPN. It is very user-friendly and I say this a someone who is not particularly tech-savvy. However, it’s not just good for those that want to watch TV abroad, it truly protects you from all that I mentioned above.

Not only that, but no matter where you’re from, you’ll likely be able to find an IP address on their system that matches one that you want. This was a big draw for me, because I don’t just want to watch US television, I also like to keep up to date with other news and shows from other countries. They have servers in more than 280 locations in over 190 countries. That’s all but five countries! 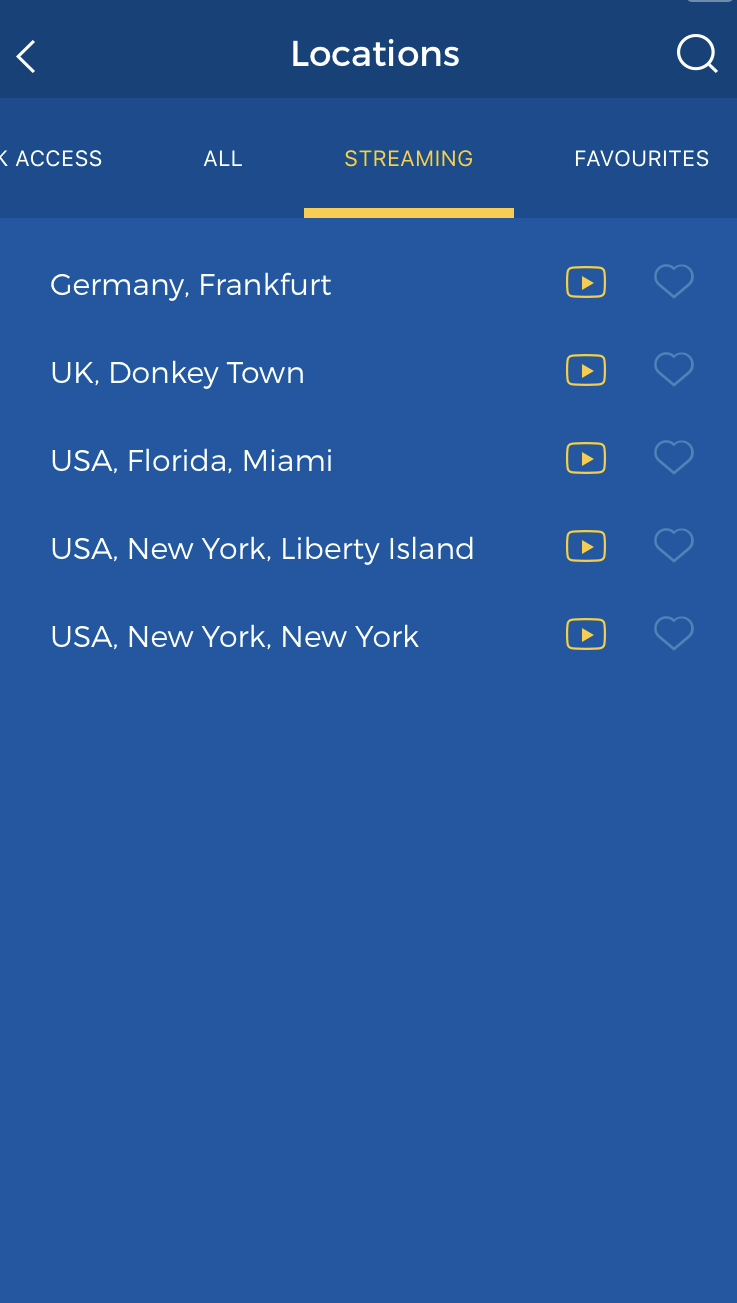 There’s even a section where you can find the best servers for streaming video – this is such a handy feature.

I’ve been using HMA! VPN for about 3 weeks now and I’ve watched TV from the US and I’ve streamed live television from the UK. I also used it for my business by changing my location to different English speaking countries around the world to see where my blog ranks for different keywords. I’ve used it on my phone when I log into my online banking apps and when I make purchases. They even let you know which of the locations inside that country are best to use for streaming video, which is a huge help and not something I’ve seen on other VPNs.

There’s a handy feature which they call the “kill switch” which I really like. If you are using the internet in a public space like a cafe or coworking space, and the VPN for any reasons loses connection, you will be cut off from the internet. This is a particularly great feature if you are doing anything like making a purchase and entering in your credit card details, if you are checking your banking, or using any other password-protected websites.

HMA! have been kind enough to give me a discount code for all my readers. If you sign up for a 12-month subscription, you can get 20% off using the code LAURA.

When you head here to the downloads page, you’ll be prompted to buy now. Once you click the buy now button, you’ll be taken to the payment page. There you’ll see a little box to tick that says “Got a promo code?” Tick that box and you will then be able to type in LAURA. Hit apply and you’ll be paying $67 for the year rather than $83! 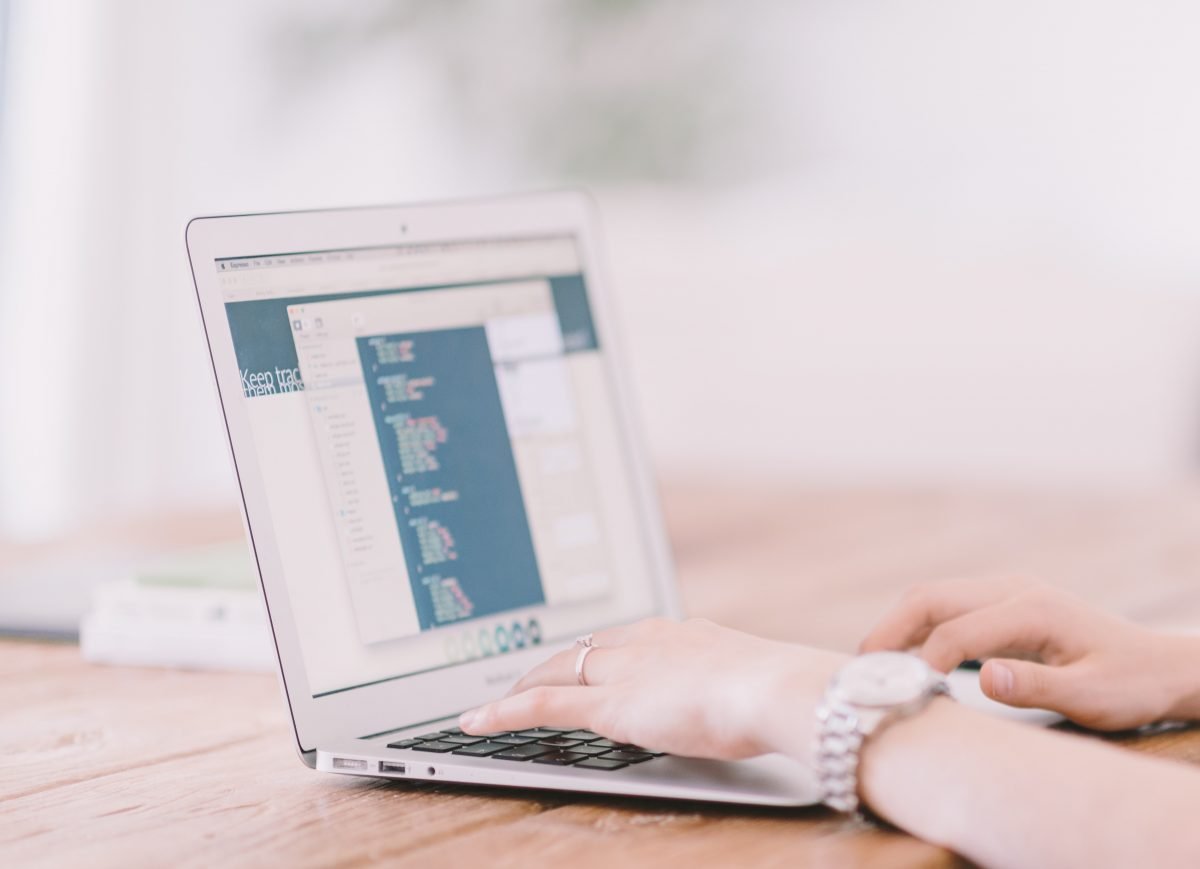 Tips for Getting the Most out of your Mexico VPN

While I’ve only been using the VPN for a few weeks now, I do have a few tips based on my usage that I think will help if you are using a VPN for the first time. 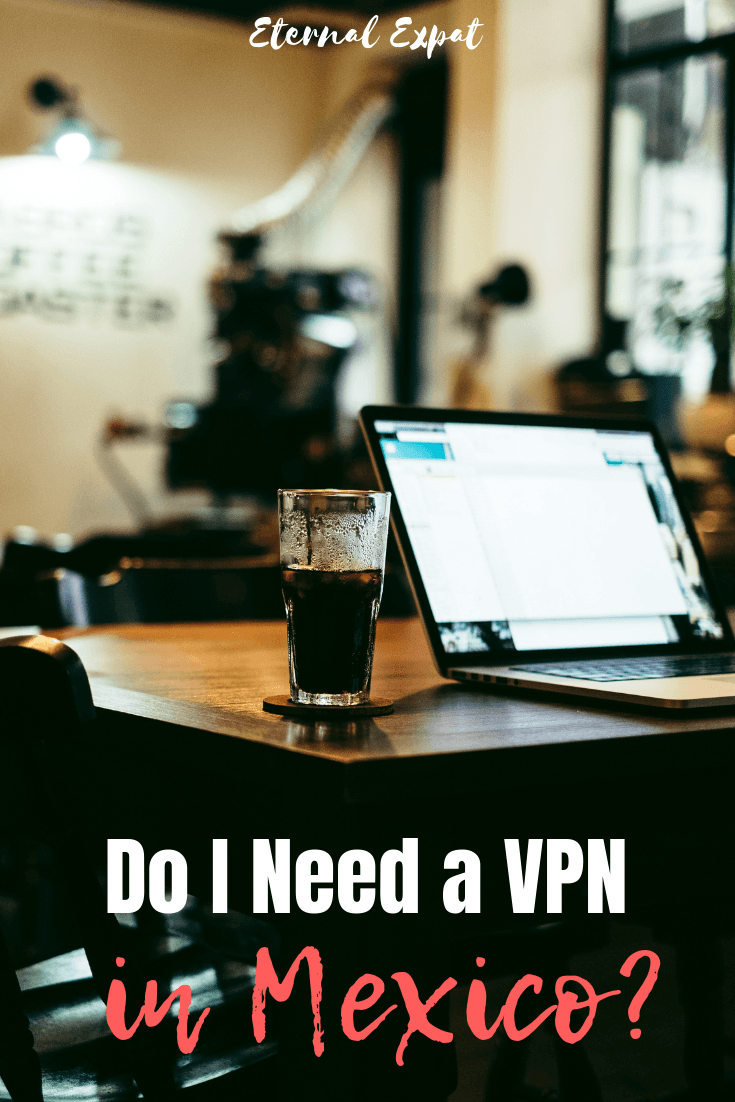 This post is in paid partnership with HMA! VPN