The vast majority of my European travel was due to me living in Germany and having fast access to every country.

Europe is a decent size, but even Venice Italy was a mere six-hour drive away from where I was living. Having so many tourist favorites within driving distance made living in Germany one of the best experiences of my life!

My experience wasn’t that of a usual expat though, I was stationed in Germany while I was in the U.S. Army. I met numerous expats from many other countries while I was there, and we seemed to share a lot regarding adjusting to German culture. It was difficult and while there were struggles, I loved every bit of it!

Let’s say you’re looking to be an expat in Germany, where do you start?

How to Prepare for Living in Germany

Like all good adventures, it should start with some planning and preparation! No trip should be made without some foresight, let alone living abroad for more than a few months. So, what’s first on the preparation list?

Read: What to Wear in Germany 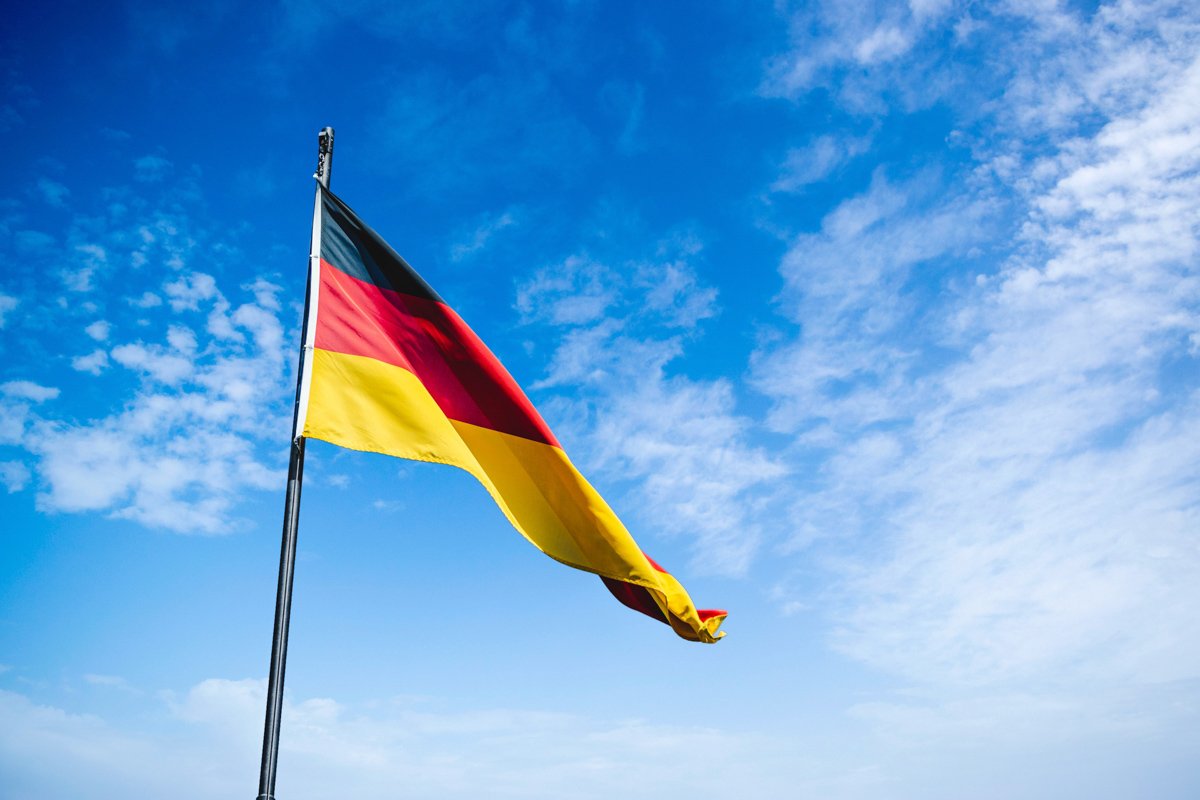 This almost goes without saying (because it’s kind of what you’re doing now), but there’s a little more to it.

Part of researching the destination is also organizing all the information you find. Get a handy folder or binder for any documents and maybe invest in a flash drive to store any digital info. While the information will be handy, the truly valuable finds that you’ll want to keep are the resources you found.

2. Visa’s and how long you’ll be there

Immigration in any country you visit is something you should be informed on.

It wouldn’t be very nice to get kicked out of a country when you’re just getting settled in. In the case of Germany, you’re allowed to stay in the country (U.S. citizens) for a total of 90 days before a visa is required.

If you’re coming from somewhere else, I recommend researching the current immigration regulations for your country but imagine the restrictions will be similar. 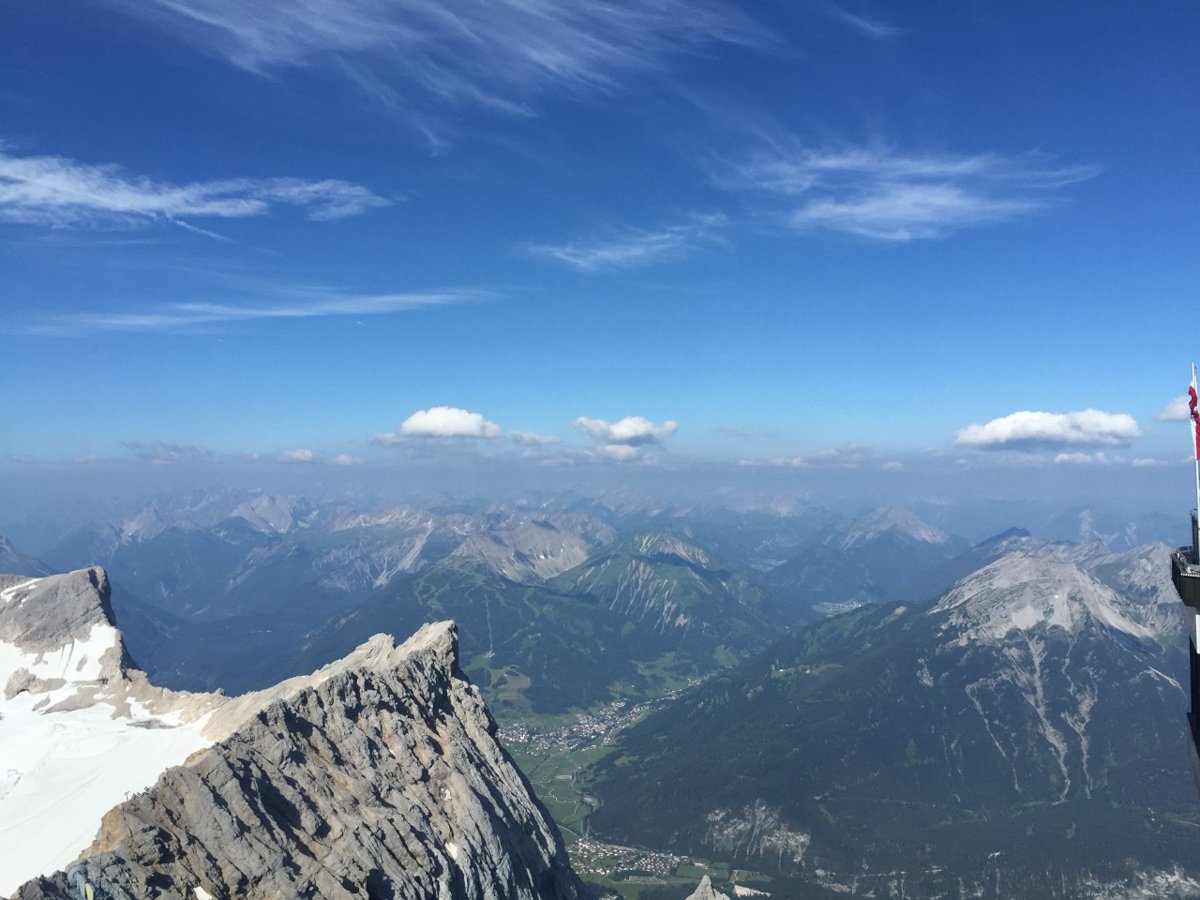 3. Where you’ll be staying

I was fortunate enough to have numerous resources and help for finding a temporary home in Germany.

Not everyone who reads this will be military though and a truly in-depth guide to German housing is something beyond the scope of this paragraph. I can only recommend a solid resource to get you started and mention that you should start hunting well in advance!

4. Getting a driver’s license/familiar with local transport

Depending on where you’ll be living and how long you’ll be staying, the transportation options will differ.

I purchased a car in Germany since I wanted a certain level of freedom while I was there and loved to drive to hiking trails. However, if you’re living in even a decent sized city, there will more than likely be reliable public transportation.

All the places I’ve been in Germany, it was noticeable how good they are at creating affordable ways to get around once a city got big enough.

If you do plan on getting a car, be prepared for the German driving test which has its difficulties, but was well within reach for any capable person.

All of the expats I met in Germany already had a plan for how they would support themselves before getting there. It would be a little silly to move to another country with no clue on how you would pay for food. For me, the military was my employment and kept me fed.

Not surprisingly, a lot of the expats were developers and programmers who accepted employment outside of their homeland and used that to fund their lives in Germany.

What you plan on doing for money depends on your skillset and preference, just be prepared to have some form of income. Also, have savings just in case! 5-6 months of living expenses in advance will ease a lot of worry. 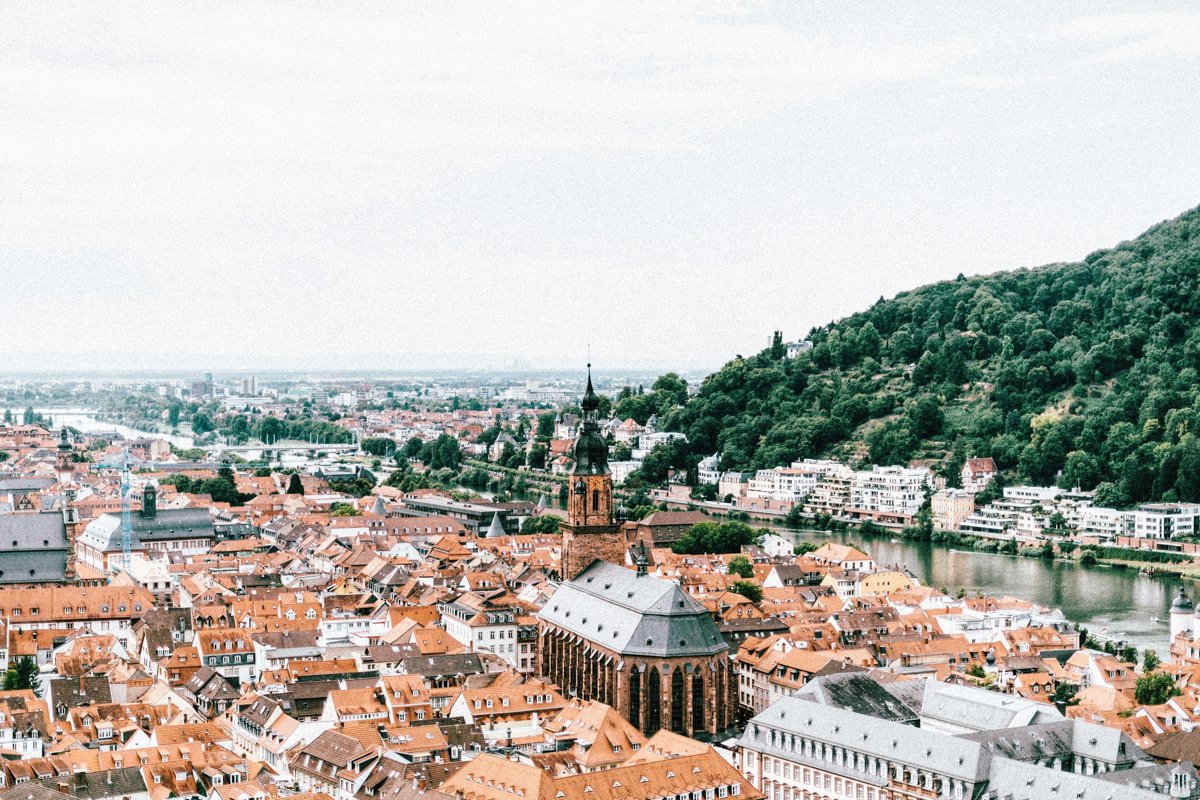 Like most places, living in Germany comes with it’s ups and downs.

There will be things that may seem easy to understand and you’ll have no issue with, but there will be a few head scratching moments. Being confused is normal and I don’t think anyone would be 100% comfortable in a new country.

Thankfully, there are some things to be aware of that may make the transition easier!

A great aspect of living abroad is picking up a second language.

You may not become proficient in the language right away but being immersed helps many people become functional speakers in under six months. Don’t stress though, after three years in Germany I never once struggled to communicate.

While my German was decent, most locals knew enough English to bridge that small gap of communication.

If you want to get a head start (as most expats do) then even starting with a simple learning app like Duolingo can help you acclimate before you even get there. 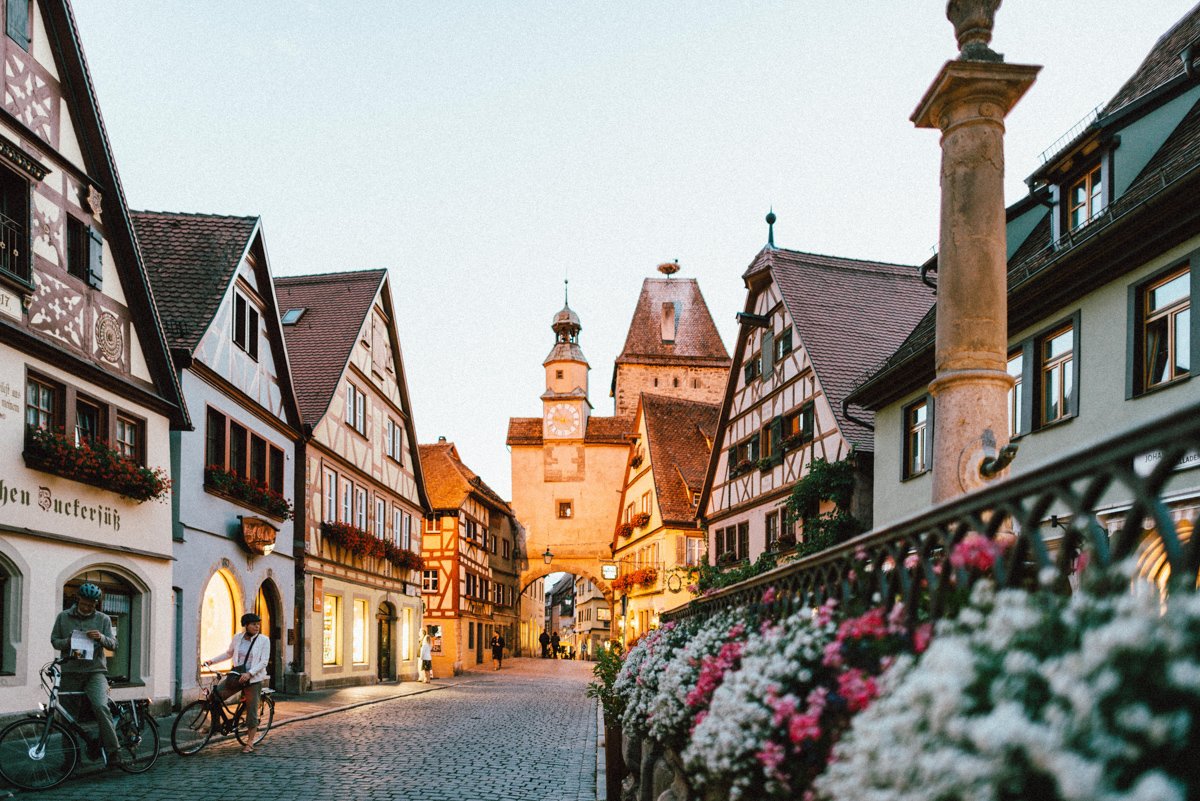 A lot of German etiquette is similar to what you’ll find anywhere. Be polite, show up to places on time, and shake hands when greeting new people.

Also, expect greetings to be a bit more formal than you may be used to. If it’s your first time meeting a group of people, a very polite introduction is given that’s like what you’d find at a job interview. The introduction isn’t that intense, but people are more considerate of learning about each other.

While a lot of etiquette is similar to what is expected in the U.S., something that will throw you off is the perceived German “cold-shoulder”. The first thing I noticed when being on the economy in Germany was how reserved most people are.

For a comparison, when I was in Peru, people were much more open about emotion and showed a lot of excitement for things. Germany is the exact opposite; they may be completely happy and satisfied but don’t tend to jump in joy about it.

This is obviously situational, if you ever go to a fest in Germany, you’ll notice that beer and music tends to negate the usual calm exterior.

Just be polite and follow the lead of others is the best advice for visiting Germany. Don’t overthink it and showing you have honest intentions will be enough. The rest of social etiquette is in how you speak, which will be picked up when learning the language.

Read: Observations of an American Expat in Britain 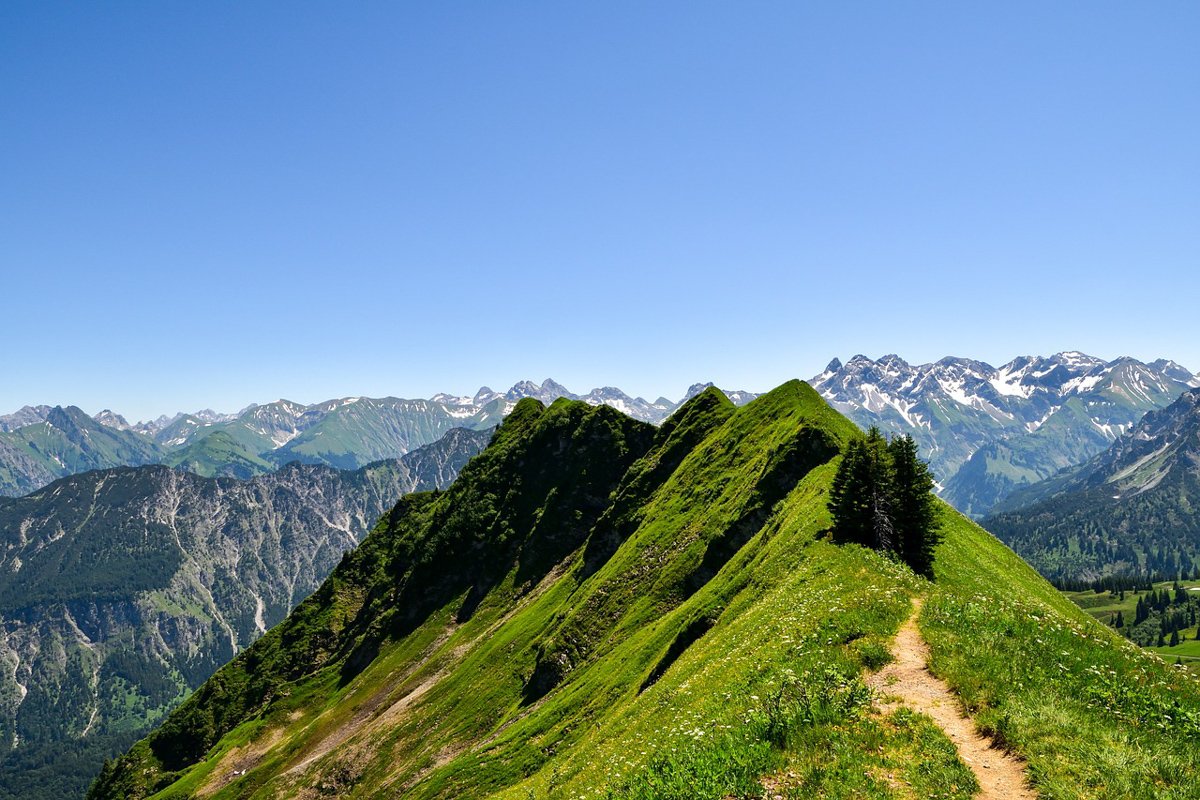 Common things to Do While Living in Germany

Germany is a country with a long history and there are so many amazing things to see! I spent almost every other weekend traveling to another small town or some castle, and I barely left the Bavaria area.

What you’ll find entertaining will undoubtedly be a little different than my interests. But I do want to point out some common things to do in Germany since sightseeing helped me acclimate.

Read: A Comprehensive Guide to Berlin for First Timers

Hiking is a major part of German culture and if you really want to spend some time with the locals, look for hiking groups! If you are an experienced hiker and want to try something tougher, Germany’s highest mountain Zugspitze in the Alps is a challenge that you’ll love!

You can also find tons of lakes in Germany that have hiking and walking trails around them that you won’t want to miss.

There are an estimated 20,000 castles in Germany and no I’m not exaggerating! You’ll never run out of cool hilltop castles while you’re in Germany and will stumble on them frequently. Just make sure you don’t miss some of the best ones like Neuschwanstein! 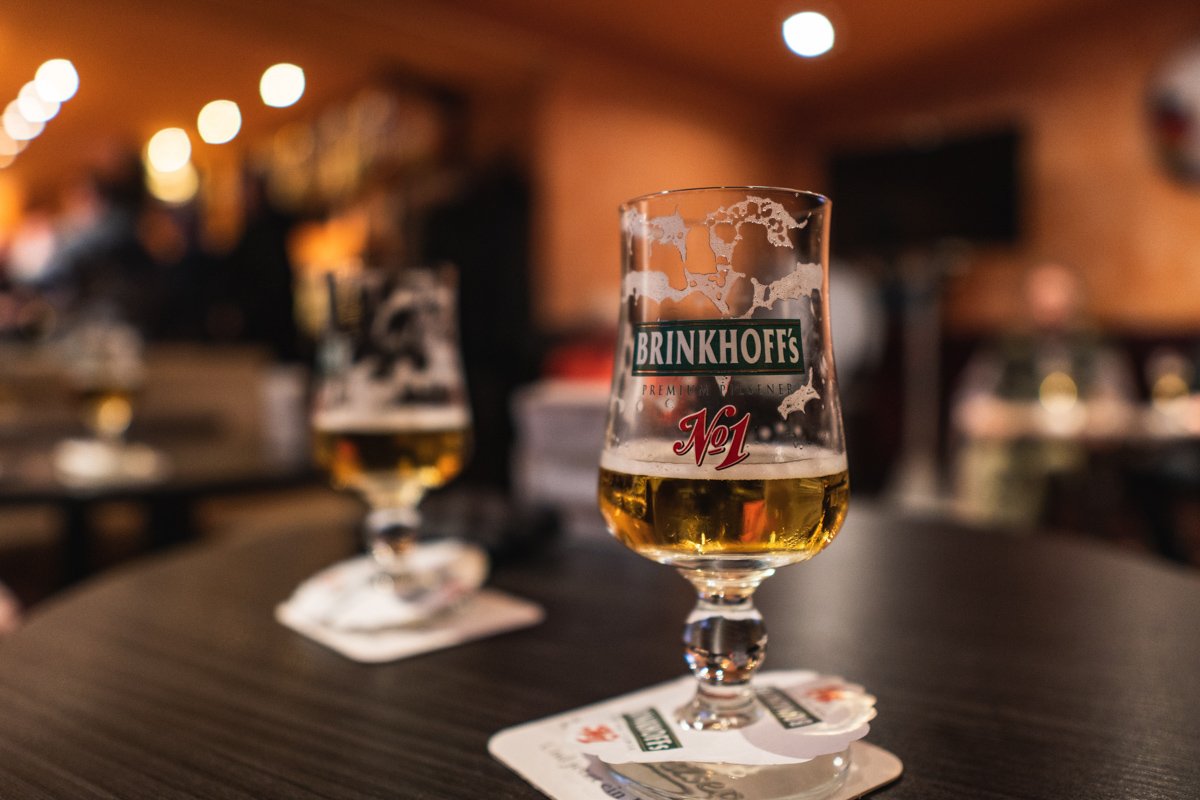 Throughout the year, multiple festivals are held around the country.

The famous Oktoberfest is a treat and will be an exciting event, but there are more than just that one. If you live in a semi-large city, you’ll more than likely have one (or more) pop up during the year. So, keep an eye out for when the ones near you are scheduled, because you won’t want to miss them!

Obviously, this isn’t something to do if you don’t drink alcohol, but Germany is well known for its beer.

I’m a fan of lighter beer, but you’ll find all kinds of ales in this country! Most of the beer tastings I found were from local breweries or pubs (not surprising), just be on the lookout for postings!

Germany won’t have all the same stores you’re used to. Doing some preliminary research for the area will help identify where groceries, clothing, and other consumer goods can be bought.

There is a hefty sales tax in Germany as well (19% to be exact). So, don’t be surprised at the oddly high price tags since the tax is added to the ticket value.

But, if you’re not a citizen of Germany, you may be able to get a VAT refund for certain purchases! This is very important for expats in Germany, because 19% added tax is A LOT of money over time.

Please check out resources for what can be refunded and save all receipts!

Aside from the taxes, much of German shopping should be familiar. Just be prepared to bring your own shopping bags! 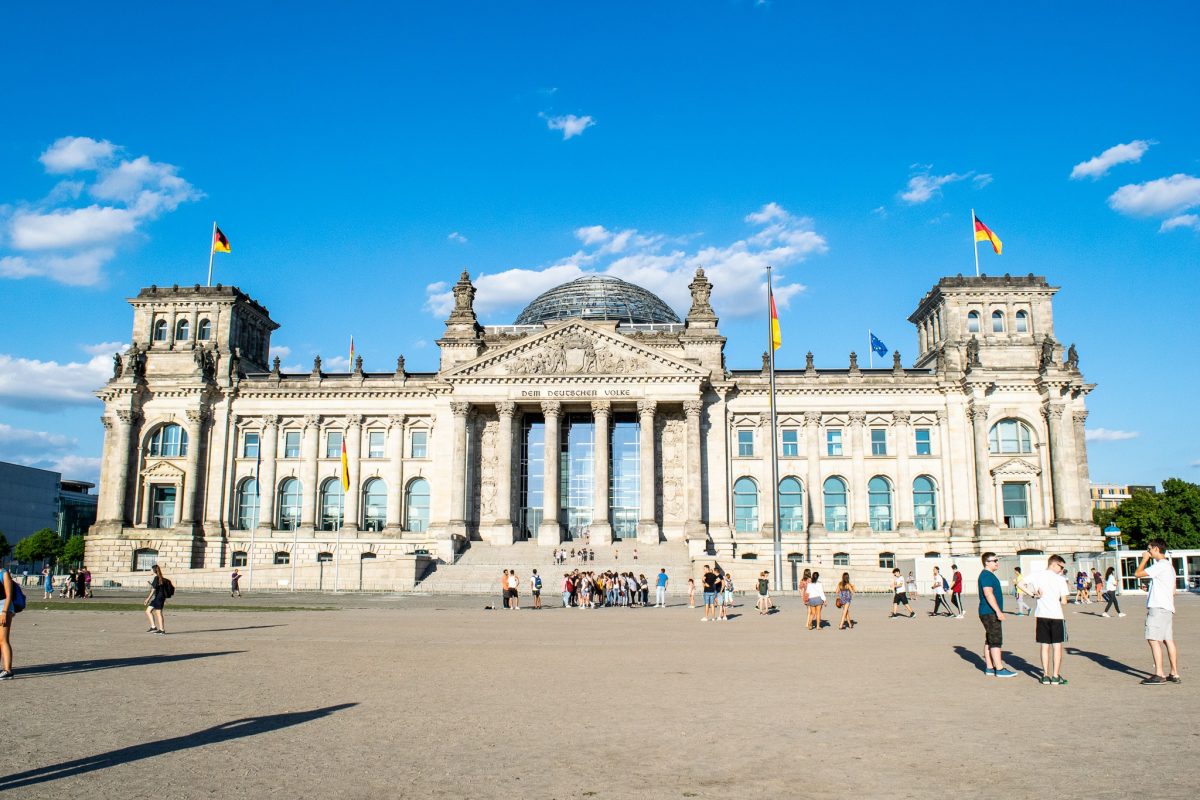 Traveling and exploring in Europe were some of the most memorable moments of my life.

However, with all highs come lows, and you’ll find yourself at low points being so far from home. It’s not the easiest to cope with but the struggles can be overcome, but there will be downsides, nonetheless.

Stay in touch with family and friends.

It’s the 21st century and we’re fortunate to have numerous ways to stay in contact with those we care about. Having those people will always help when beating through the tough moments, but as a brave expat, I’m certain you’ll be able to find the sunlight on your cloudy days!

About the Author: Casey LaClair is a 27-year-old travel enthusiast. Having a career in Satellite Communications and pursuing a degree in Computer Science, most of his time is spent hunkered over a keyboard. This love of technology, mixed with a desire to travel, led him to create Viraflare to spread his joy of travel and help others find their way on the road.