Whether you are spending a month, a week, or a few days in this amazing country, having a Cambodia itinerary is a great way to ensure you don’t miss the best of this country.

I get a bit of an ache in my heart when I think of Cambodia.

Not only because of its hugely tragic past, although incredibly heart wrenching in so many ways, but also because of the fact that I’m no longer there right this very moment.

I fell in love with Cambodia.

The people are kind, they’re funny, they love to tell stories and listen to them, too.

For people who have been so utterly crushed by their government, their smiles are bigger than the richest people I know. They are genuine and trusting and happy. It made me so happy just being there.

It’s also an incredibly beautiful country. There are rainforests, waterfalls, mountains, rivers, and islands that feel like utter paradise. It’s also home to the most incredible cluster of historical architecture that I’ve ever seen (here’s how we spent our time at Angkor Wat).

We spent 30 days in Cambodia and I could have easily spent 30 more.

I know many people can only spend a week in Cambodia or perhaps you only hop over from Thailand to visit Angkor Wat, but if you have the time, I urge you to stay a little while longer.

The only thing that didn’t keep me coming back for more was the food. Most of the time it just tasted like disappointing Thai food, but when we did have good meals, they were absolutely divine.

If you want to know how much we spent, check out my full breakdown for the cost to travel Cambodia here.

Cambodia Itinerary: Choose Your Own Adventure 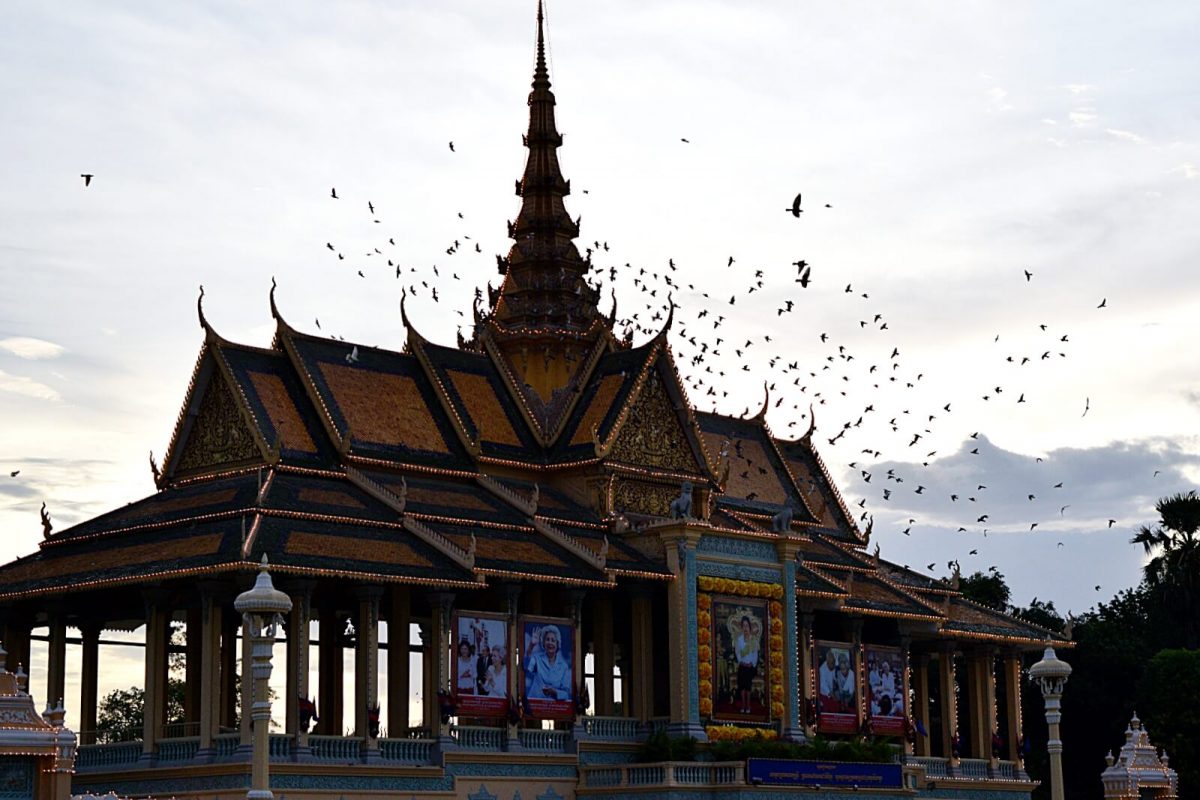 We spent a lot of time in Phnom Penh. Despite most people’s disdain of the capital city, I fell for it.

Sure it was dirty, it was a little bit rough around the edges, but it just felt right.

I felt comfortable there immediately, whether that’s a credit to the people or the fact that I like a grungy city, I don’t know. But I enjoyed our time here.

We stayed mostly in the backpacker area along Tonle Sap River.

We found loads of hostels on Street 172 and all were less than $12/night for a double room.

We ate lots of street food, tried a baby duck egg (tasty, but hard to enjoy), and we visited a few of the main attractions.

We hired a tuk-tuk driver for the day (he claims to be the only blue tuk-tuk in the city).

He took us out to Choeung Ek, also known as the killing fields.

It was hard-hitting, especially after having visited Tuol Sleng Prison the day before.

Luke and I thought it was really important to learn about the history of Cambodia, especially during the time of the Khmer Rouge. It’s difficult to stomach and horrible to see what we can do to each other as human beings.

Recommendation: If you want to learn more about the history of Cambodia’s government as well as get an idea of what’s happening there now, I highly recommend reading Cambodia’s Curse

I got through it in only a few days and it really made me see the country and it’s people in a different way while I was there. 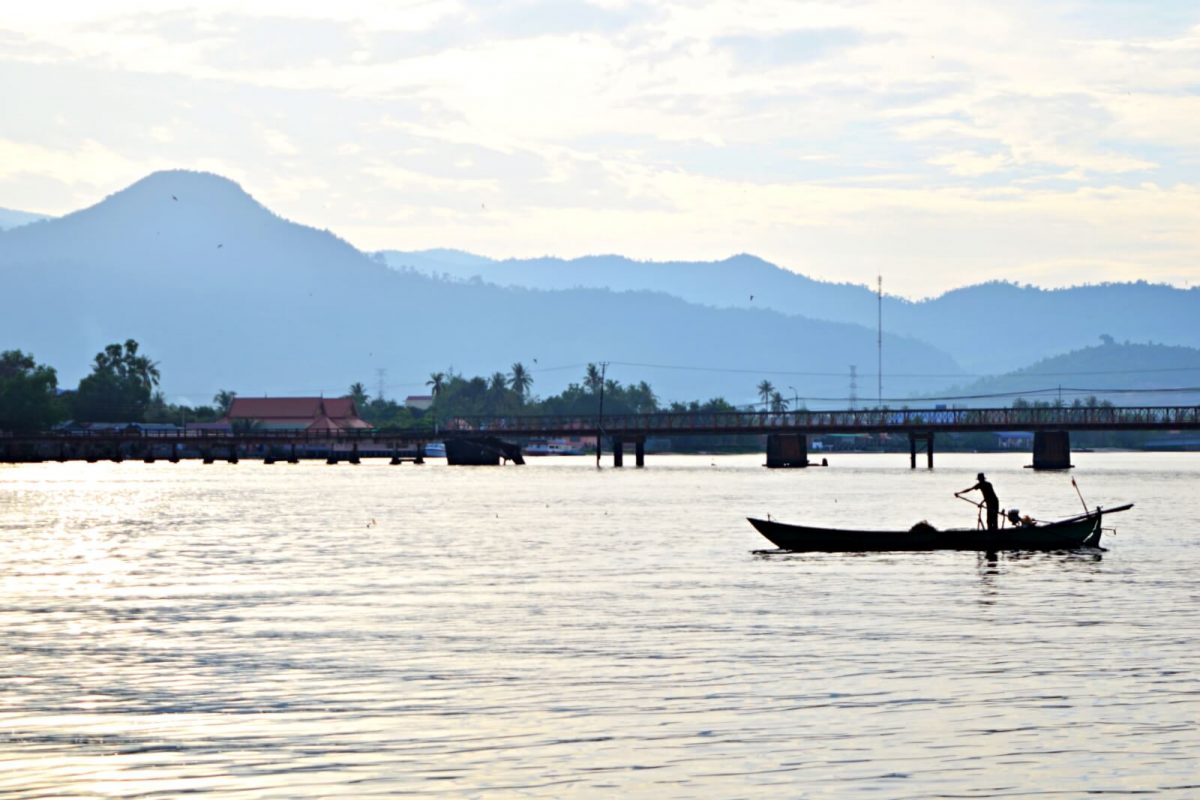 You probably don’t need that much time in Kampot, but again, I fell in love.

Also, after going so quickly through Vietnam, I just wanted to slow it down a little bit. We decided to spend more time in less places during our 30 days in Cambodia. Kampot made it easy to want to stay.

We rented bikes most days from our hostel and rode across the river.

We spent a day hiking up Witch Mountain, another day taking a tour of Bokor National Park.

On the third day, we took a motorbike to explore the pepper fields. There is a surprising amount to do in the area.

Mostly though, I just enjoyed sitting at a local bar and chatting to expats about what it’s like to live in Cambodia. I was seriously considering never leaving. 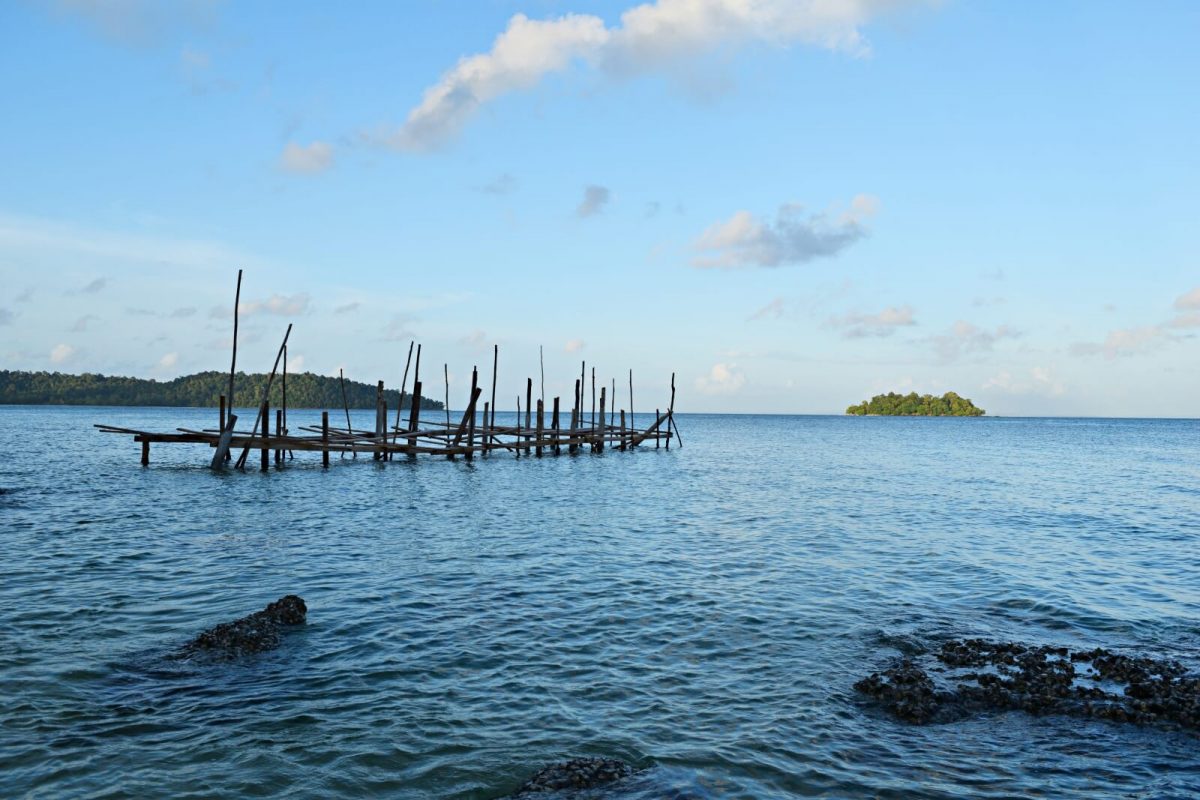 We didn’t really mean to spend a week on Koh Rong, but I got a stomach bug for a few days and laying in a hammock looking out over the ocean really helped ease the pain.

We literally didn’t do anything. We slept in, we read on our balcony, we drank fresh juice and we swam in the ocean when the sun was setting (I’ve totally become one of those people who can’t stand the midday sun).

We went on one day trip.

Everyone and their brother run a daily boat trip which includes snorkeling at a nearby island, fishing and grilling said fish, and laying on a beach on a different side of the island.

I thought I was going to drown because the current was so strong, you couldn’t see a damn thing below the surface and I didn’t catch a single fish. The secluded little beach, however, was worth it all.

There are actually tons of Cambodia beaches that I wish we had more time for.

Although I would probably skip Sihanoukville, I would have loved to check out Koh Rong Samloem and some of the other coastal areas of the country.

Alas, my stomach had other plans and I didn’t really mind spending a week laying on the main beach in Koh Rong every day. 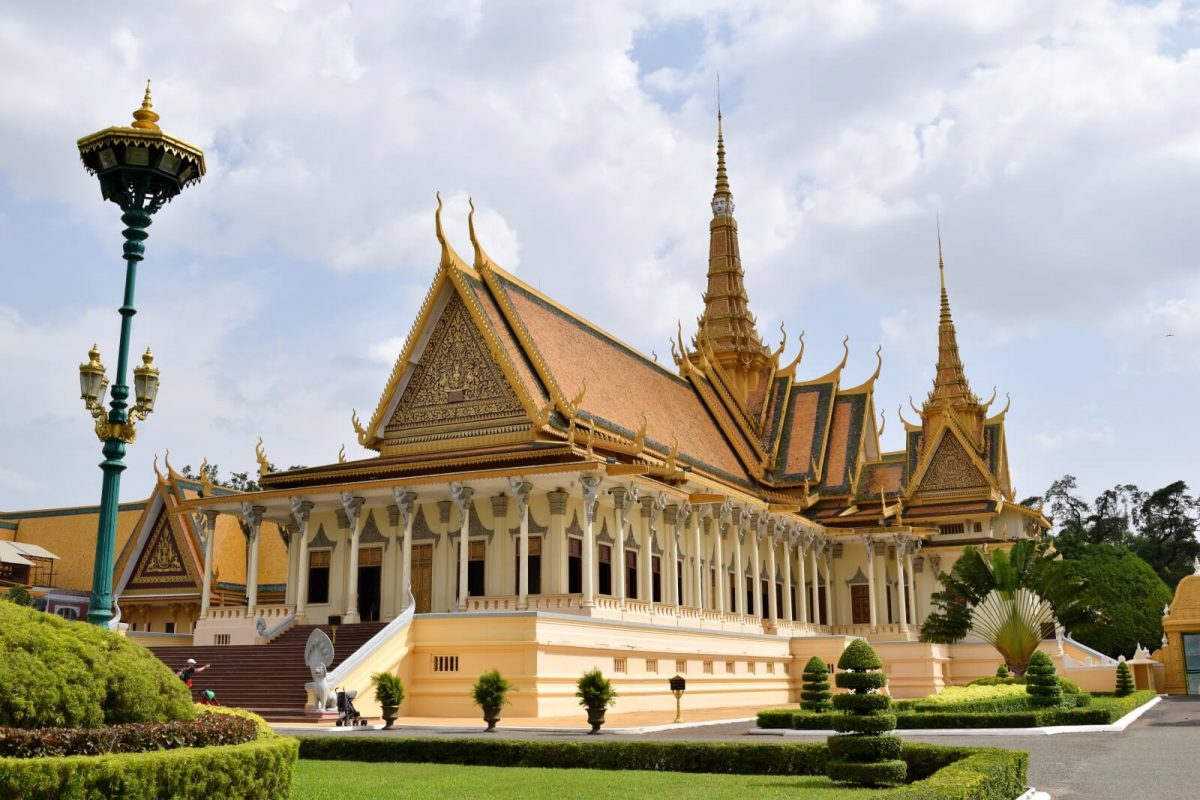 In order to head North, we had to make a short stop in Phnom Penh again.

We checked out a charitable restaurant called Friends that helps local kids learn trades like hospitality and cooking as well as English. We also visited the Royal Palace.

I loved the architecture in Cambodia, so seeing the palace up close was really exciting. Just know that women need to be covered up – shorts/skirts to the knee and arms covered to the elbow. 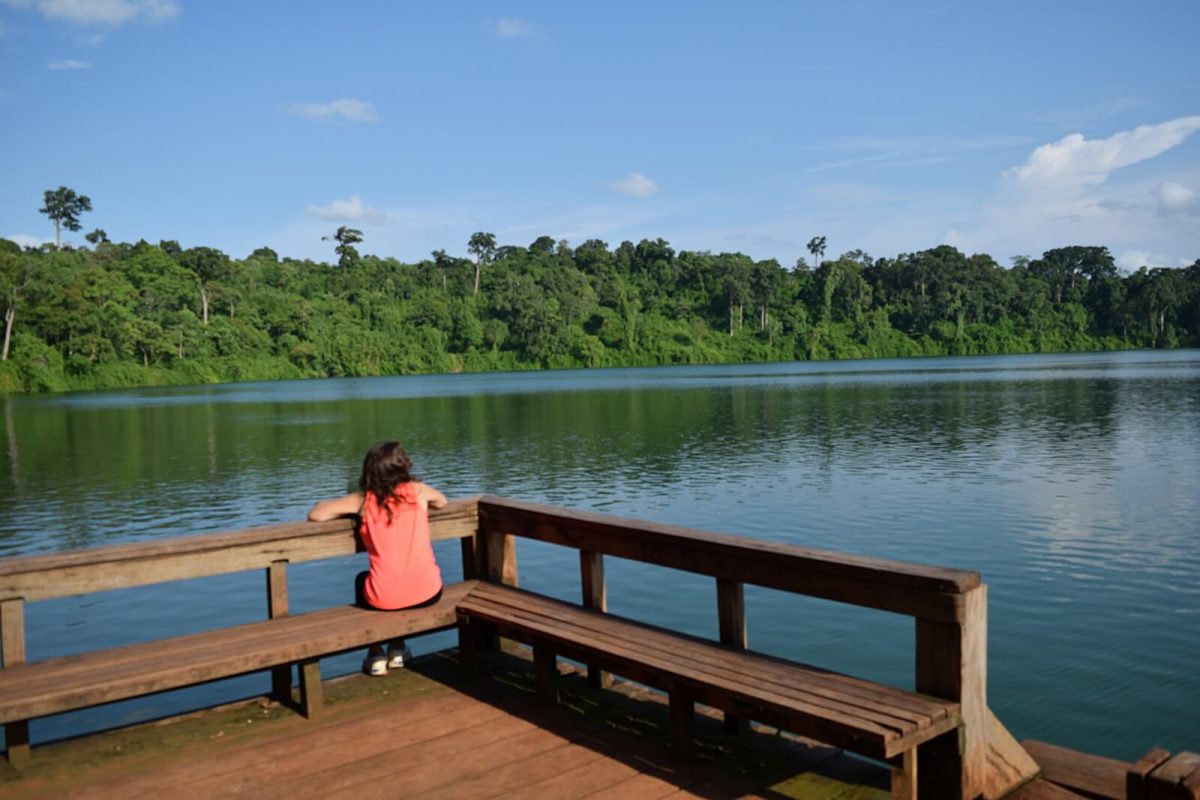 Really we were only there for three days.

Two of the days were spent traveling there and back. It was a 10-hour journey from Phnom Penh to Banlung and another 8 hours from Ban Lung to Siem Reap.

It was totally worth it.

The waterfalls were breathtaking, the crater lake was perhaps one of my favorite places in all of Cambodia, and it was the most authentic and delicious food we had during our 30 days.

We stayed at Banlung Balcony. It was $5/night for a double room which included breakfast. They had bicycles as well as motorbikes to rent and a top quality on-site restaurant and bar (with happy hour every night). 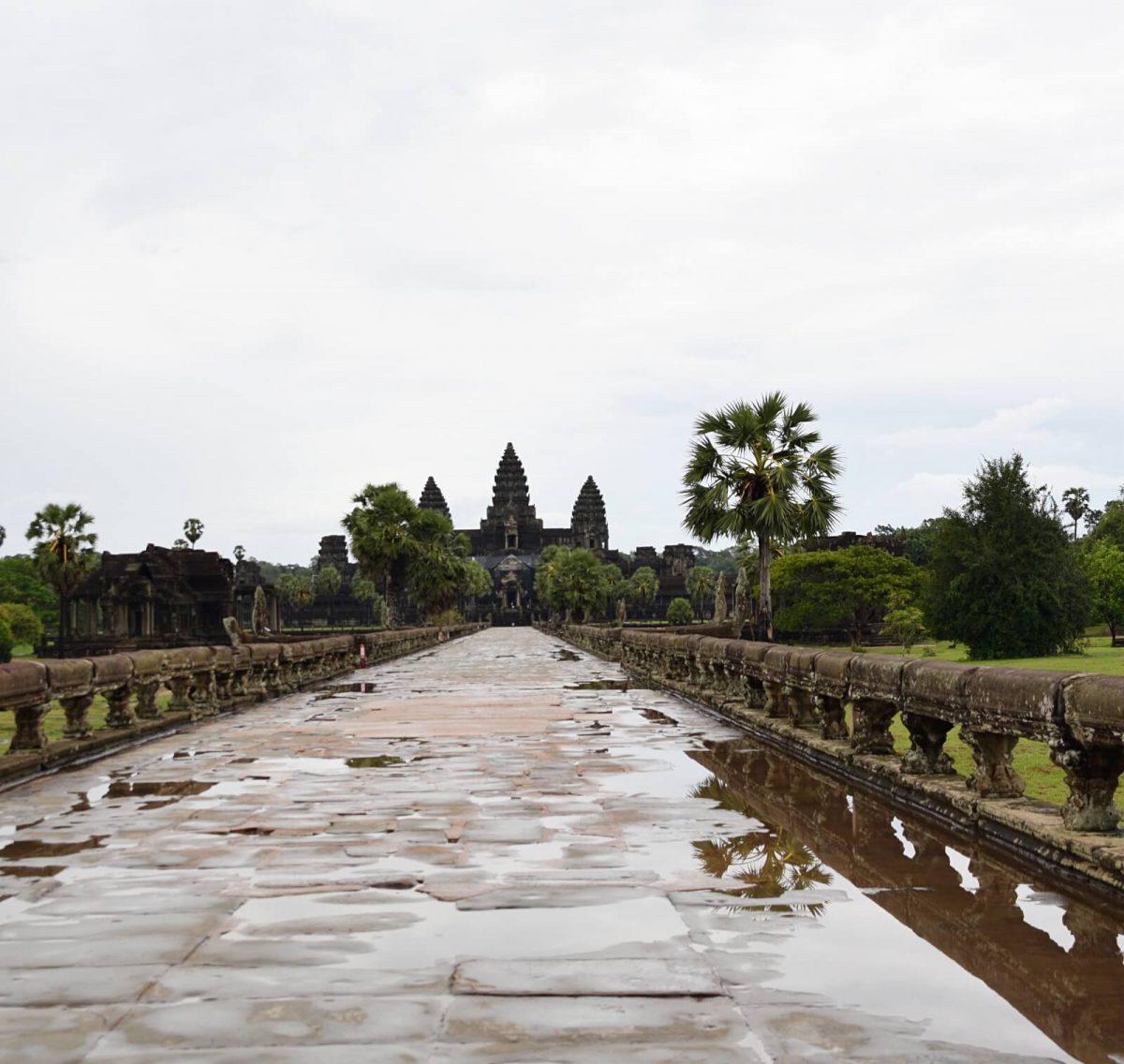 This completely deserves it’s own post and I will eventually write one (edit: I did, you can read it here).

We bought the 3 day Angkor park ticket which meant we could go three times over a seven day period.

We did one on, one off and by the end we were absolutely shattered. We got up for sunrise all three days we went, experiencing it at a different site each time. We hired a tuk-tuk driver once and rented bikes twice.

It was magical. It was like being a kid wandering through Disney for the first time, but it was better.

I appreciated it far more than I did the Magic Kingdom when I was 10 years old.

There is so much history there, so much spirituality. You don’t have to be a religious person to feel the significance of these sites.

Siem Reap itself is an interesting mix of tourist traps and wonderful charity organizations.

There are people doing great work to help the disadvantaged here and we tried to spread the wealth as much as we could while we were there.

I don’t think we truly understood the value of our tourist dollars until we saw their direct impact here in Siem Reap.

By the time we crossed the border I was ready to move on, but I was sad to say goodbye to the people of Cambodia.

Of all the countries we visited on this trip, Cambodia is the one that changed me the most.

Check out this great post from the Traveling Weasels for a complete guide to visiting Angkor Wat. 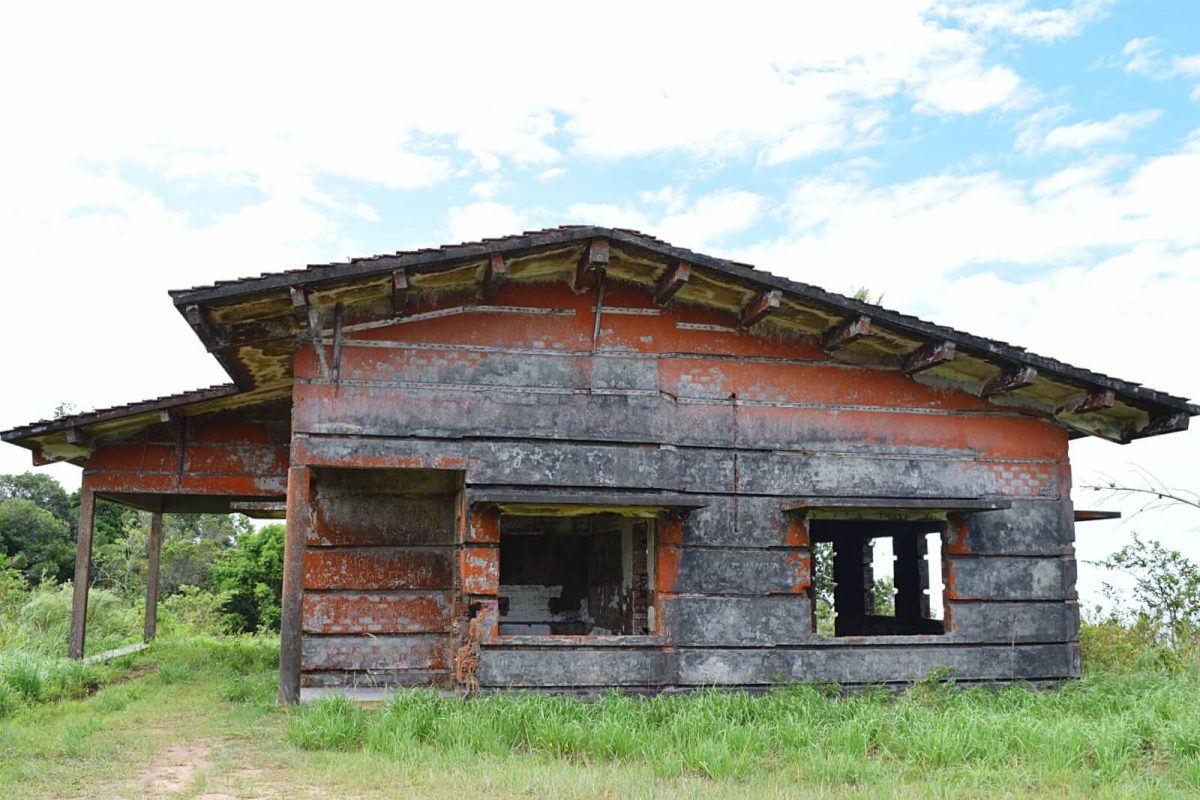 Things I Would Do Differently in My Cambodia Itinerary

Thanks for sharing your experiences. We arrived SR 2 days ago and will be leaving in 2 more days. Have 30 days total to explore Cambodia so your tips are much appreciated. I think we will be heading to Sianoukville(?) area next for a few days to chill.

Awesome! Check out some of the islands while you're there, they are SO beautiful!

Thank you for reassuring me that Phnom Penh can be a great place with an open mind! I will be heading there next week, and am constantly deterred when I tell people I am going there. I also really really enjoyed Siem Reap, and especially Angkor Wat!

I'm glad I could help, Cassidy! It's a really great city if you look beyond it's exterior. It's full of really great food (especially the night market) and the people are incredibly kind. Enjoy it!

Wow! A month in Cambodia is really a long time. I've only been to Siem Reap and Phnom Penh for less than a week. Did you manage to visit Philippines as well on your SEA trip?

Yes! I spent about 10 days diving in Puerto Galera and a few days either side in Manila. So much more to see though, I definitely want to go back soon!

I'm so keen to get to Cambodia sometime soon. It looks amazing! A month sounds like a good amount of time to explore the country :) Love this post. http://www.travelmatters.co/

Thanks so much, Sophie! A month is definitely a good amount of time to see a lot - it's SUCH a beautiful country. :)