Studying abroad back when I was in college completely changed my life. It was when I really got the itch to travel. It’s when I realized how simple it could be, how inexpensive it could be, and how enjoyable living in another country truly is. I’m excited to share this guest post from Lewi of Move Your Life Abroad about how studying abroad helped him live a life abroad for over 4 years!

Like many people in their final year of high school, I had no idea what I wanted to do once I finished.

It was time to pick a major, find a respectable University to attend and kick-start the career that I would theoretically do for the rest of my life.

To be honest, the whole thing scared me.

I wasn’t passionate about anything in particular and it was stressful thinking that whatever I chose, I’d be doing for the rest of my life.

All I really knew is that I wanted to travel. And not only travel but live amongst other cultures and experience different ways of thinking.

In the end, I decided the best way to address these thoughts was to take a GAP Year in France, learn how to speak French and travel around Europe.

This would give me a once in a lifetime experience and potentially help me discover what I wanted to do for the rest of my life.

After a bit of research, I found that the easiest way for me to move overseas and earn money while I was there was by applying for a working holiday visa.

I didn’t know it back then, but that was when my epic journey began. 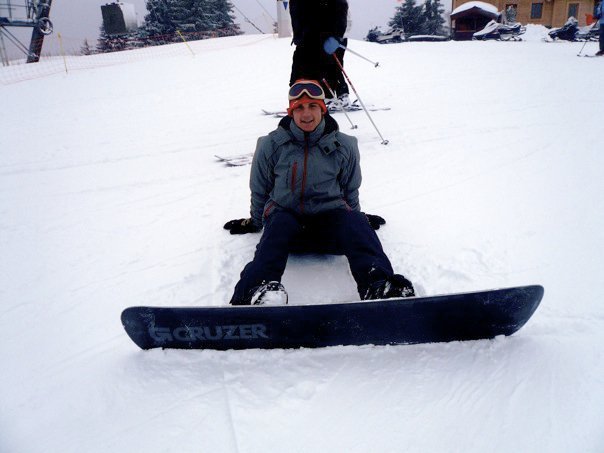 After 6 months of dreaming, I’d finally arrived in France and was ready to experience new and exciting things.

At first, I was petrified. I was 18 years old, could barely speak any French, had almost no money and no idea what to expect.

Thankfully, my year in Bordeaux was even better than I expected.

I was able to explore several European countries, snowboard in the French Alps, learn how to speak French and find a way to earn a living.

Originally I was only going to stay for 6 months until my French course was finished, but I was having such a great time that I decided to stay for another 6 months.

I didn’t start University in Australia until the end of the year so I had no reason not to!

Once again before I knew it, the year had ended and I still wasn’t ready to leave…

The only problem was that my visa was due to expire at the end of the year, so I had to look at different ways that I could stay longer.

Since I was going back to Australia to start University anyway, I thought that it might be possible for me to study in France.

And you know what, it turns out that studying in Europe is a lot easier than you’d think. In fact, if you want to spend a decent amount of time living abroad, a study visa will likely be your best option.

So before I knew it, I was studying the degree I intended to do back home, in the city of ‘love,’ Paris!

Living in Paris was a completely different experience to living in Bordeaux. The people were different, the city was bigger and there were historical sites all around me.

I was blown away by how amazing everything in Paris was. It honestly felt like I was living in a movie.

And to top it off, whenever I wasn’t studying or working, I was exploring the historical parts of Paris and learning about this amazing city. It really began to feel like home!

I lived in Paris for a year until I was given the opportunity to study abroad for a semester in London.

The great thing about going to University in Paris, was that I was able to take a semester out to study abroad

Yes… Even though I was already technically studying abroad, I was able to study abroad again!

My semester in London was a completely new experience to what I had been used to. It was the first time that I’d lived overseas in an English speaking country.

Between studying during the day, exploring the city in the afternoons and traveling on the weekends, life was pretty busy.

Living in London certainly ignited my passion for living abroad and I wasn’t ready to go back to Paris and stay there for the next 2 years while completing my Business degree.

While I loved living in Paris, I wanted to keep moving around and experience different places. That’s why I moved abroad in the first place…

I didn’t want to get stuck in the one place for too long. I wanted to see the world! Living overseas allowed me to interact with other cultures and see parts of the world that I never knew existed.

So after a bit of research, I learned that it was possible to change Universities and move to Monaco!

Living On The French Riviera 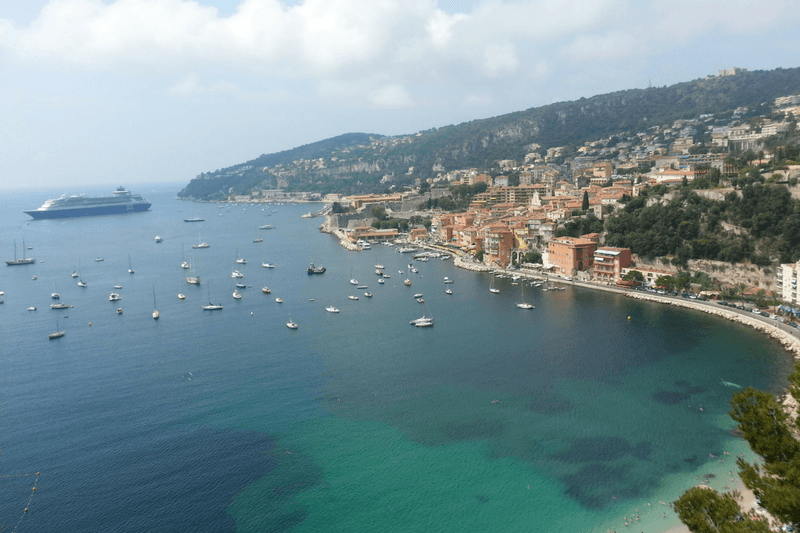 You might be thinking, wait a minute, how did an international student working part-time afford to live in Monaco?

And the truth is, I didn’t.

Monaco was far too expensive for me to live in at the time. I mean it’s one of the most expensive places in the world. Instead, I lived in Nice, France, one of the neighboring cities about 30 minutes away.

I didn’t want to take the train to University every day so instead, I bought a second-hand motorbike.

This was one of the best purchases I ever made. I would ride my motorbike along the winding roads of the French Riviera every day on the way to University and I honestly felt like I was in a James Bond movie.

These winding roads also had their problems though.

One unfortunate day, I fell off my motorbike and really hurt myself. I didn’t have any insurance and couldn’t afford to go to the hospital, so I lived in pain for a few weeks until I healed. The moral of the story is make sure you buy travel insurance!

There was a completely different vibe along the Riviera compared to anywhere else I had lived. After all, it was a holiday destination, so naturally, everyone was more relaxed and friendly.

During summer, people from all around the world would come to the French Riviera to relax on the beach, eat delicious ice creams and party with celebrities at some of the best nightclubs in the world.

Can you blame them?

However, the winter months felt like living in a Ghost town. There was no one around and there was nothing to do. This forced me to spend time traveling and snowboarding in the Alps whenever I had the chance.

Finally, in 2015 I finished my degree, graduated and returned to Australia.

How Did I Afford To Do All Of This?

One of the most common questions people ask me after I tell them I studied abroad for more than 4 years is: how did you afford to do that?

I’m not going to lie and tell you that it was easy. In fact, there were a few times when I had less than 100 Euros in my bank account.

I remember one particular time in Paris where I only had 10 Euros to my name and I wasn’t getting paid until the following week.

The only way I could survive was by having a diet that consisted ENTIRELY of plain baguettes for one whole week. To be honest, it wasn’t too bad. Like I said earlier, if you’ve ever been to France you know how great the bread is.

The way I made money is not a big secret.

Throughout my whole time studying abroad I was always working. I found that the easiest jobs to find were in bars, restaurants, and cafes.

I had a total of 5 different jobs while studying abroad and while some of them were difficult, most of them were great and they financed my life overseas for 4 years.

When I first arrived in Bordeaux I had no experience and had never worked a day in my life! I was only 18 years old, fresh out of high school and only had $500 in my bank account, but I made it work.

There are so many ways to earn money abroad that you really shouldn’t let that hold you back.

Why Am I Telling You This Story

The whole reason that I wanted to share my story of studying abroad with you is to show you that it isn’t as hard as you think.

If you really want to move abroad, all that’s required is a little research.

Studying abroad changed my life. Instead of going to University in Australia, getting my degree and falling into a corporate job that I didn’t enjoy, I took a risk and studied abroad.

And you know what, more than 6 years have passed since I first studied abroad and I’m still living overseas to this day.

I’m not in France anymore but I’m living in South America. After learning Spanish in Guatemala for a few months I’ve moved to Ecuador where I’m currently residing.

Not too bad when you think about how much the course of my life changed from one decision that I made when I was 18 years old.

That is the power of studying abroad!

If you’re interested in learning the exact process to follow so that you can study abroad for as long as you want, I’ve created a step-by-step cheat sheet that you can follow.

If you have any questions or need any help with studying abroad or moving overseas, let me know in the comments section below. I look forward to hearing from you!

Lewi is the founder of MoveYourLifeAbroad.com. For the past 6 years, he has been traveling and working his way around the world. He is extremely passionate about travel and loves sharing his knowledge with others because he believes everyone should have the opportunity to live abroad. In his spare time, he enjoys having a few cheeky beers with friends and riding his bicycle around town.