Isla Holbox is an island that I thought I would fall head over heels in love with (here’s why I didn’t). After coming home and looking back through my photos though, I realized I was being a little bit harsh on this little sandy paradise.

It’s absurdly beautiful, there’s no doubt about it. This guide to Isla Holbox will help you plan your trip and ensure that you have the absolute best possible time (and not spend an absolute fortune in the process).

A Guide to Isla Holbox, Mexico 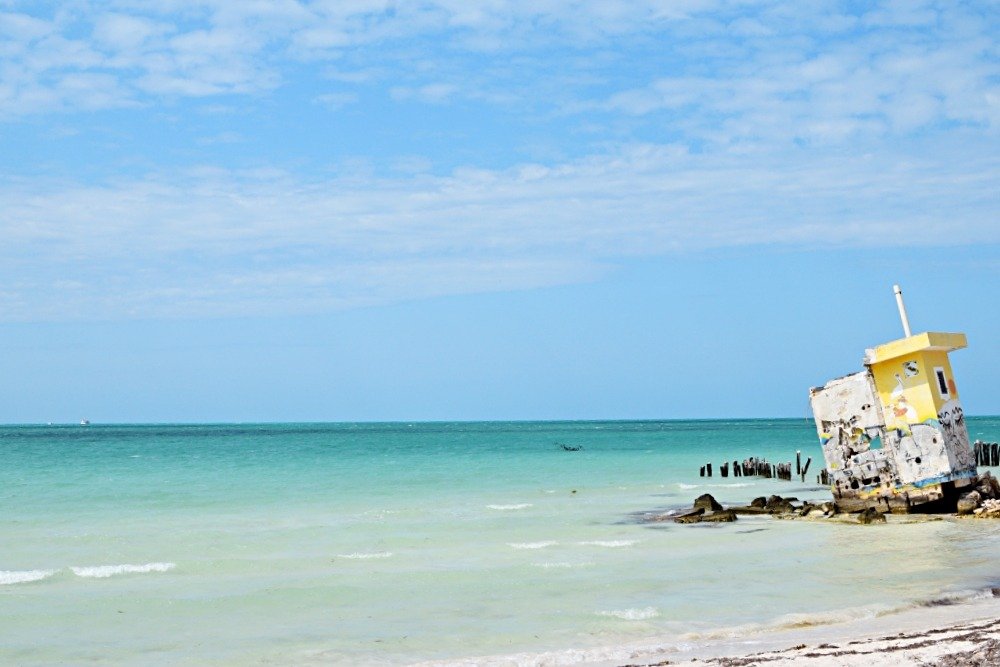 What You Need to Know About Isla Holbox, Mexico 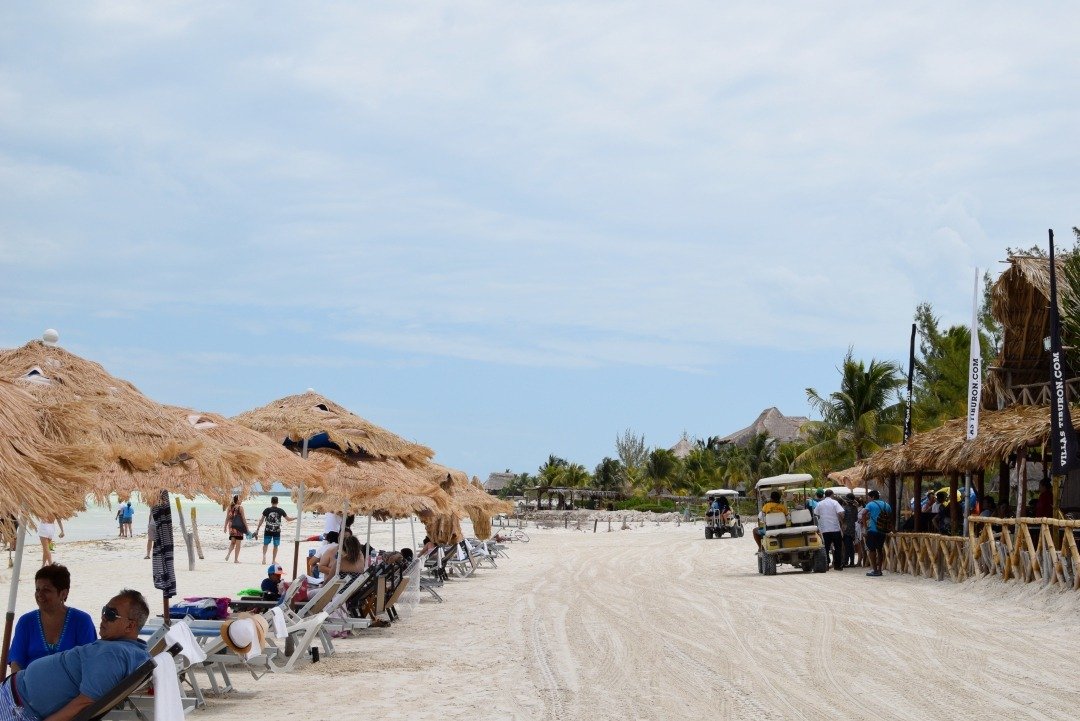 How to Get to Isla Holbox

There are a few ways to get to Isla Holbox. Most of them require you to get yourself to Chiquila.

Bus: There are buses between Cancun and Chiquila, Playa del Carmen and Chiquila, and Merida and Chiquila. They don’t run very frequently, but you can check their most up-to-date times on the ADO website. If there are only a few of your traveling, this is probably the cheapest option.

Car: When I went, we rented a car in Cancun and drove. It was the quickest and because there were four of us, it was also the cheapest option. You can park your car in one of the many private parking lots. We paid 100 pesos per 24 hours that the car was parked there which was the exact same price no matter where you looked. It was perfectly safe when we returned (look for Don Patricio’s place if you want a recommendation). Also, consider that there are tolls along the road between Cancun and Chiquila that you’ll have to pay.

Private Taxi: If you’re feeling particularly spendy, you can simply hire a taxi to take you from the Cancun Airport to the ferry terminal in Chiquila. Most quotes I saw were about $50 USD each way.

Hotel Transfer: Depending on which hotel you book with on Isla Holbox, they may organize a car or van to pick you up from Cancun. These are usually an additional fee and hover around the same price as a private taxi.

Ferry: Whether you come by bus, car, or private taxi, you’ll have to get yourself a ferry ticket and hop a ferry to the island. There are two ticket windows for two different ferry companies: 9 Hermanos and Holbox Express. Both companies charge exactly the same – 120 pesos per person. Simply pick which ever one is leaving next. The journey takes about 30 minutes.

Air Taxi: If you want to go directly from Cancun airport to Holbox and you are traveling with four or five people, hiring an air taxi actually isn’t that expensive. The air taxi company, Aerosaab, offer direct flights from Cancun to Holbox for up to five people for only $700. 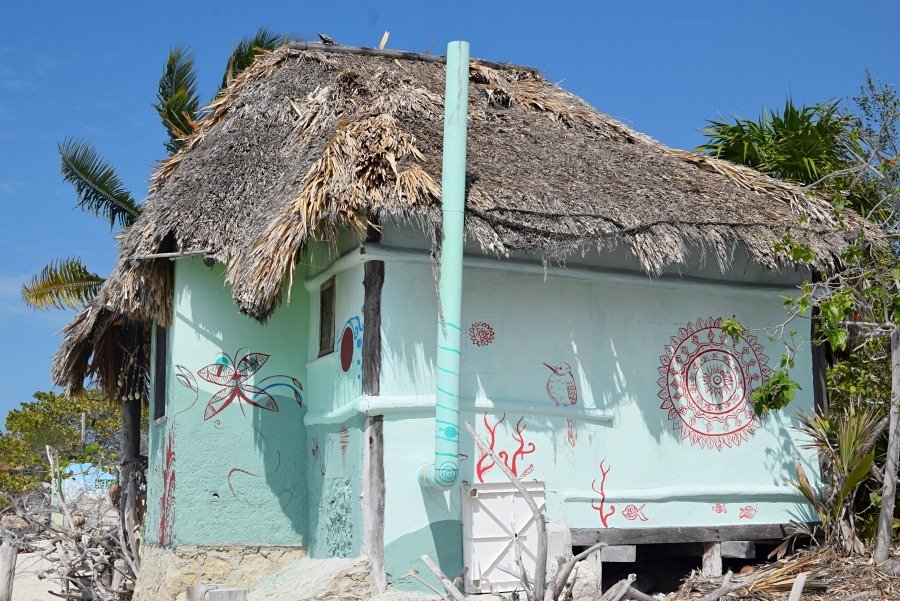 Where to Stay on Isla Holbox

I highly recommend booking your hotel well in advance, especially if you are coming during peak season. I went in April over the Easter holiday and I booked our hotel back in February. Already, most of the most recommended places were sold out for the dates I wanted.

DO NOT show up to Holbox without booking a place to stay beforehand. This is not the sort of place where you can find a last minute bargain, you will either end up paying an eye-watering amount or you’ll be back on the next ferry to Chiquila. 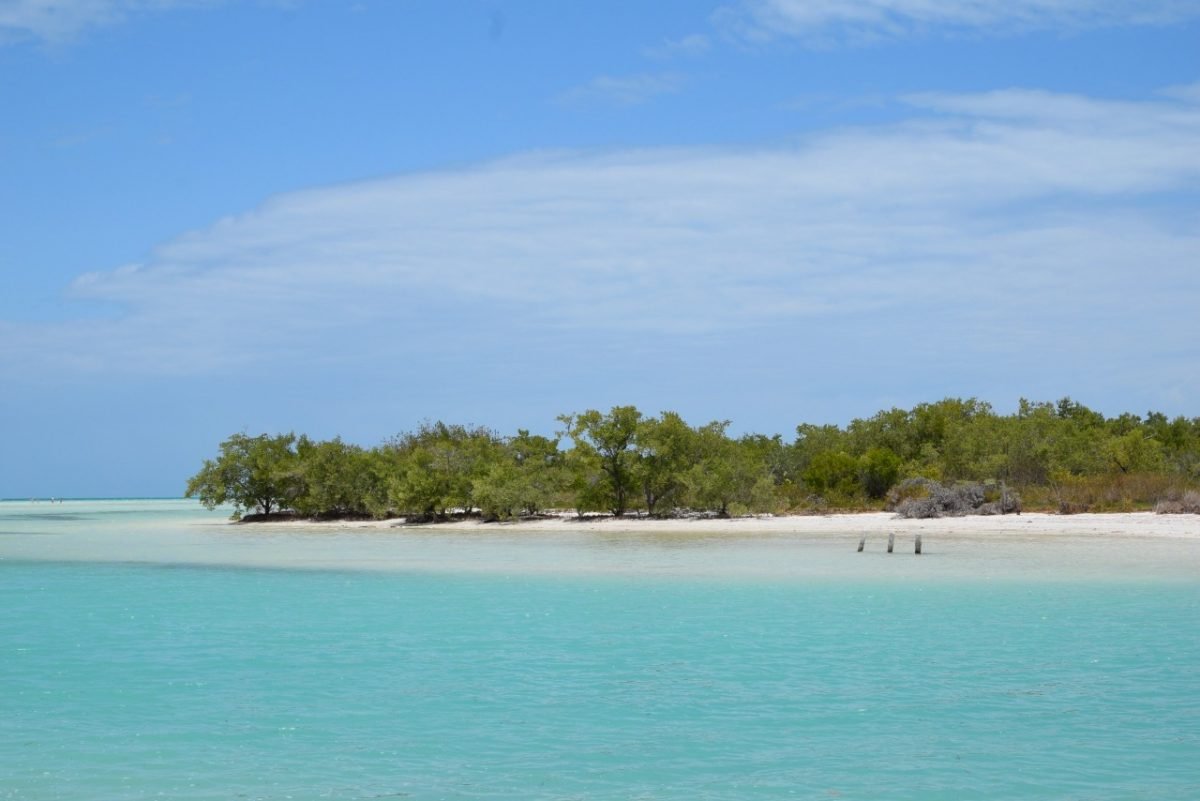 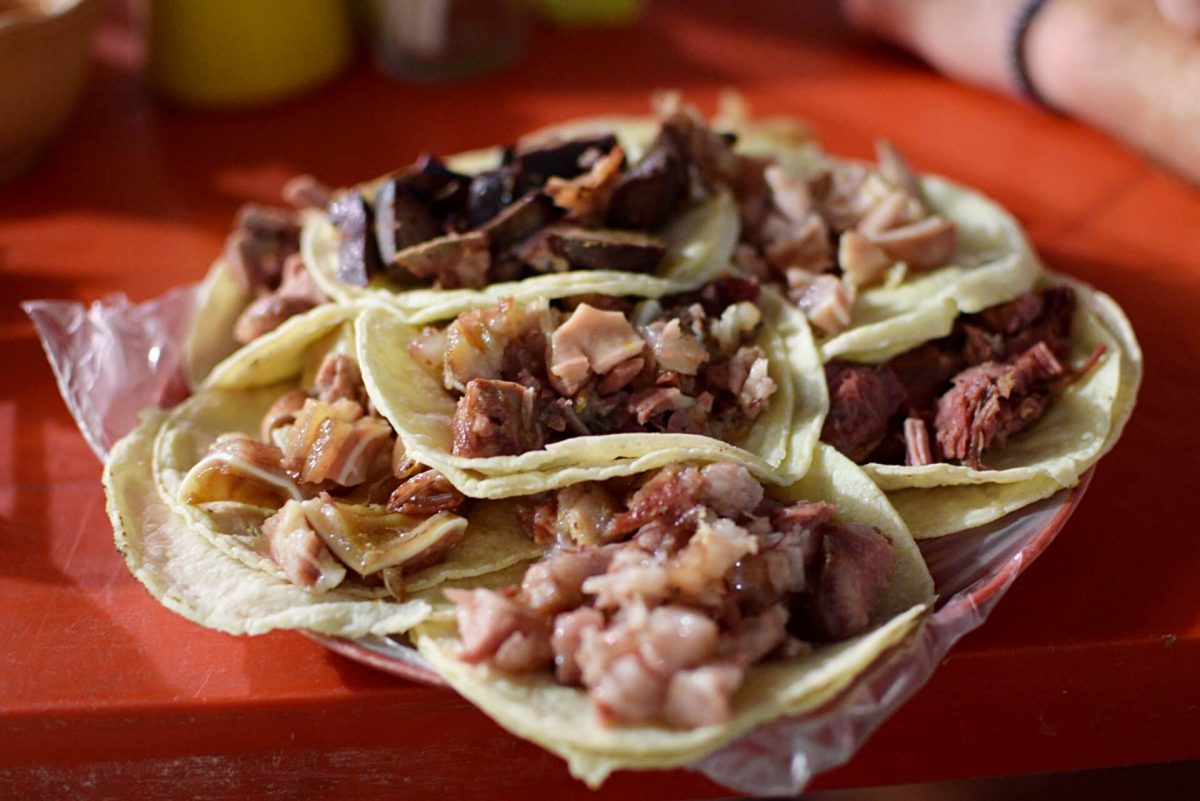 Where to Eat and Drink on Isla Holbox

There is so much amazing seafood to be had on Isla Holbox. Some of the best places I ate were just little pop-up restaurants along the beach with plastic chairs and a red tarp over the top to protect you from the searing midday heat.

I literally had the best ceviche I’ve ever eaten while I was on Isla Holbox. Head to the HOLBOX sign along the beach. Right in front of it is a bunch of red tarps and tables. Order the mixed ceviche. You’re welcome.

I also loved all of the street vendors that set up at night around the main square. There are some awesome tacos, greasy burgers, and a few delicious fried seafood options, too. It’s by far the cheapest option when it came to eating after dark.

If you want a budget option where you can still sit down and enjoy a few beers, I recommend Taco Queto. Their tacos were really tasty, especially the local specialty, chuleta (pork chop). It’s slightly more expensive than the tacos on the street, but the quality is a lot better and they have a ton of options.

El Encuentro was one of my favorite bars that we went to. Look for the little chalkboard sign on the main street and head up the stairs to this funky rooftop bar. They always have live music on once the sun sets, the beers are ice cold, and the bar snacks are salty and delicious.

I went here on my first night and I absolutely loved it. They make a mean michelada (beer with salt and lime) and the service was great. They had a live band on and everyone was up and dancing in the street. It was such a perfect welcome to the island and I would definitely recommend checking it out in the evening when they have a band playing.

This is another great taco option. They do some seriously good fried fish tacos and both locals and tourists wait for a table at this popular budget option.

Looking for a good beachside restaurant? Villa Mar is a great place to have a late lunch or to sit and watch the sunset with a cocktail. They do a whole grilled fish which makes your mouth water when it arrives. They also have tasty calamari, fish tacos, and a few octopus dishes, too! 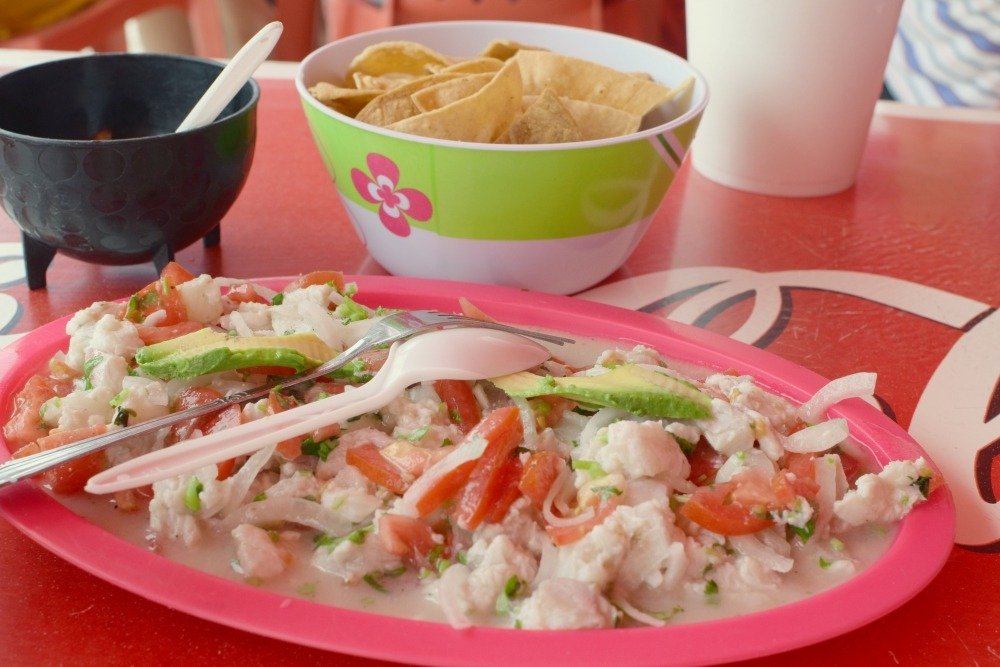 What to Do on Isla Holbox

For the most part, Isla Holbox is about the opposite of doing something. It’s such a laid-back place you’ll love simply laying on the beach and getting your fill of endless seafood dishes (just me?). But there are a few fun things to do in Isla Holbox that you won’t want to miss.

Rent a Bike: This was my absolute favorite day that I spent on Isla Holbox. I rented a bike for $10 and road around the whole island. I stopped when I was hungry or thirsty or needed to cool down in the ocean. I parked it up and walked to the very tip of the island where I spotted pink flamingos and walked out to an enormous sandbar. I highly recommend spending a day riding bicycles around the island.

Learn to Windsurf: The island is the perfect place to learn to windsurf or to practice your trade. The water is really shallow in parts and the wind isn’t too crazy, just crazy enough. I saw tons of people out there having a blast (and also falling over a lot).

Hang with Whale Sharks: I put this here because I know it is one of the most popular activities to do in Isla Holbox, but I highly recommend doing your research on how this activity affects the whale sharks before you sign up to take part. The tours are roughly $100 per person and they should be booked at least 6 months in advance because they book out very quickly.

Rent a Kayak: This is a really great way to see more of the island. You can hire a kayak from a few different places around the island and take it through the mangroves and have a peek at the islands resident flamingos.  Most places that rent out kayaks also rent paddle boards.

Go Snorkeling: The water is so amazingly clear, it’s such a great place to go snorkeling. Most hotels and tour companies will rent you a snorkel and goggles for the day. You’ll also find that most shops sell snorkels for an inflated price. You can go right off of the shore or book on with a snorkeling tour. 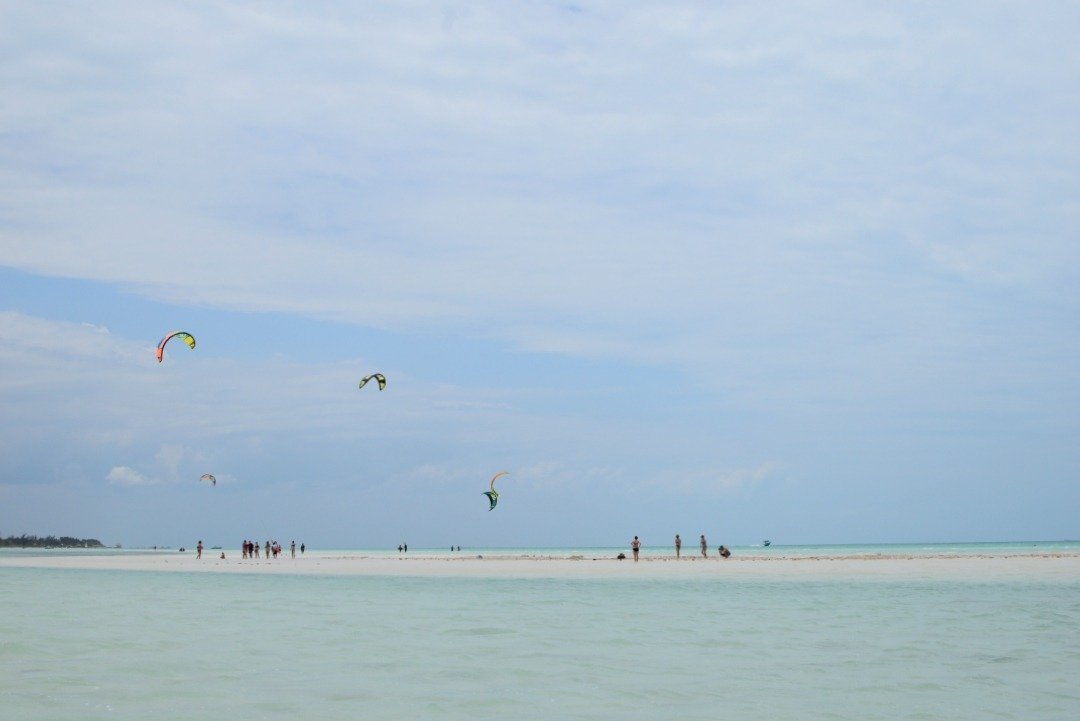 How to Get Around Isla Holbox

There are a few ways to get around this small island if you want to travel further afield than the small town. 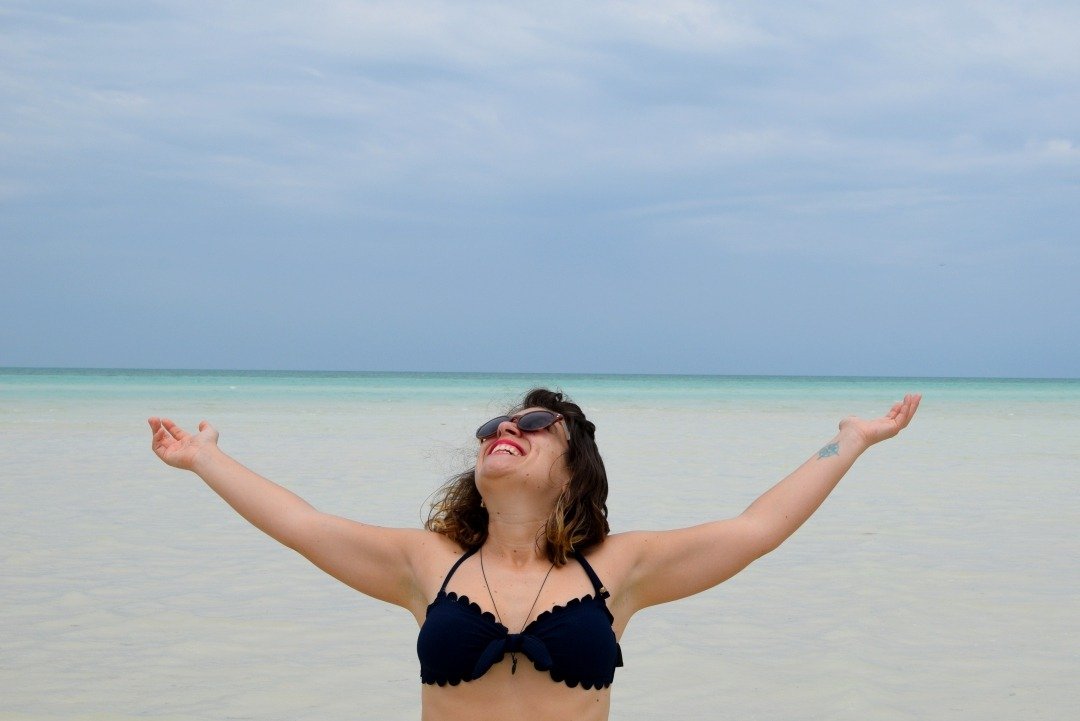 Is It Worth It?

Isla Holbox is a special place, there’s no doubt about it. But, it’s also expensive. It’s the most expensive place I’ve been to in Mexico (and that’s coming from someone who’s been traveling around the country for over a year!). Getting there isn’t cheap, the accommodation isn’t cheap, the food and drink aren’t cheap, and during the summer it is wildly overcrowded. 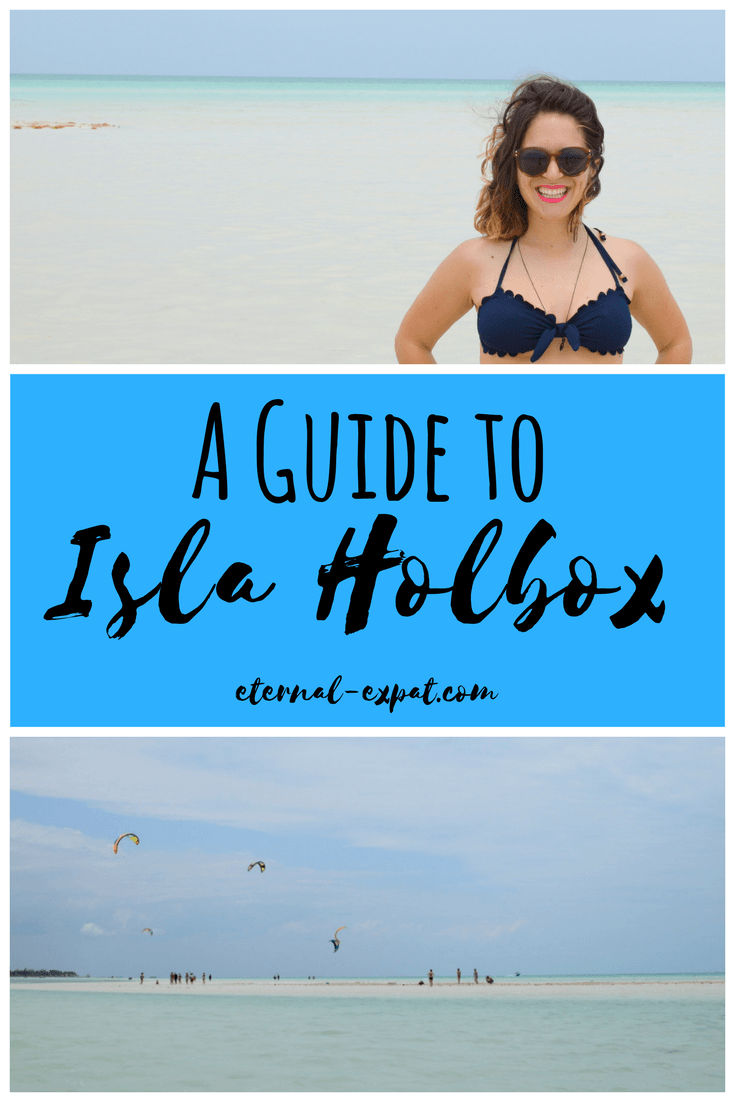 Thank you for your tips. I have visited some few years ago in Mexico through the help of Oscar Cancun Shuttle Service. I have learned some great experiences. Hope my next visit will more memorable.