15 Things You Must Do In New Zealand 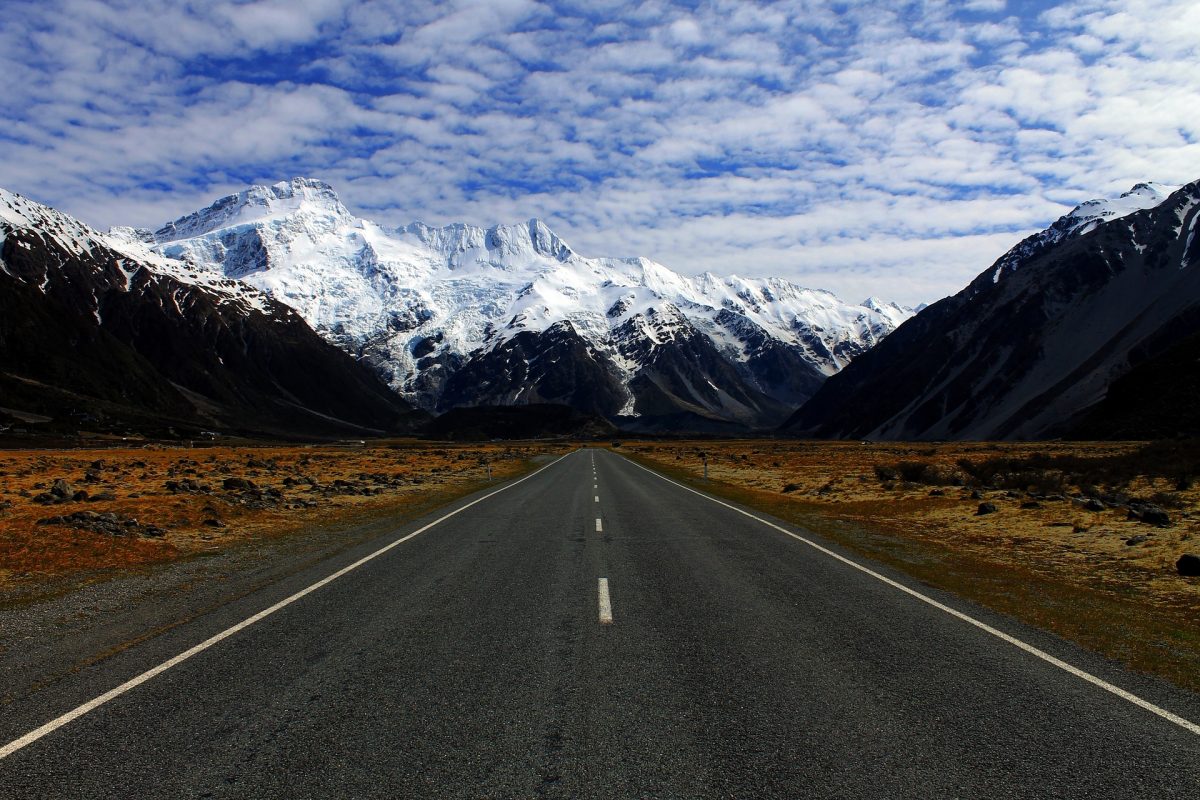 New Zealand is undoubtedly one of the most popular backpacking destinations in the world. With a reputation for friendly people and unmatched natural beauty, it’s no wonder that it seems to call to people from all over the world.

One of the best ways to get around the country is to take a road trip in a campervan or pack your rental car with a tent. It’s not only a really affordable way to travel New Zealand (which is notoriously expensive), but it’s also such a great way to slow down and really explore the countryside.

As you do your research, you’ll no doubt be forming a New Zealand bucket list in your head and most of the places on this list should be on it! Just make sure not to rush through. It can be tempting to want to do and see everything in your short trip to the country, but it’s worth taking your time, exploring, enjoying the beauty and perhaps planning to come back again in the future. Alternatively, you can get yourself a Working Holiday visa and spend the whole year working and living and traveling around the North and South Islands.

We may as well check this one off the list early on. New Zealand has become very closely associated with the Lord Of The Rings and Hobbit films, based on the novels of JRR Tolkien. There are so many places in New Zealand where you can explore the sets that were used in the film. Not far from Auckland, you can actually wander around the beloved fictional town of Hobbiton, which has been left much as it was during shooting. You’ll feel so tall! 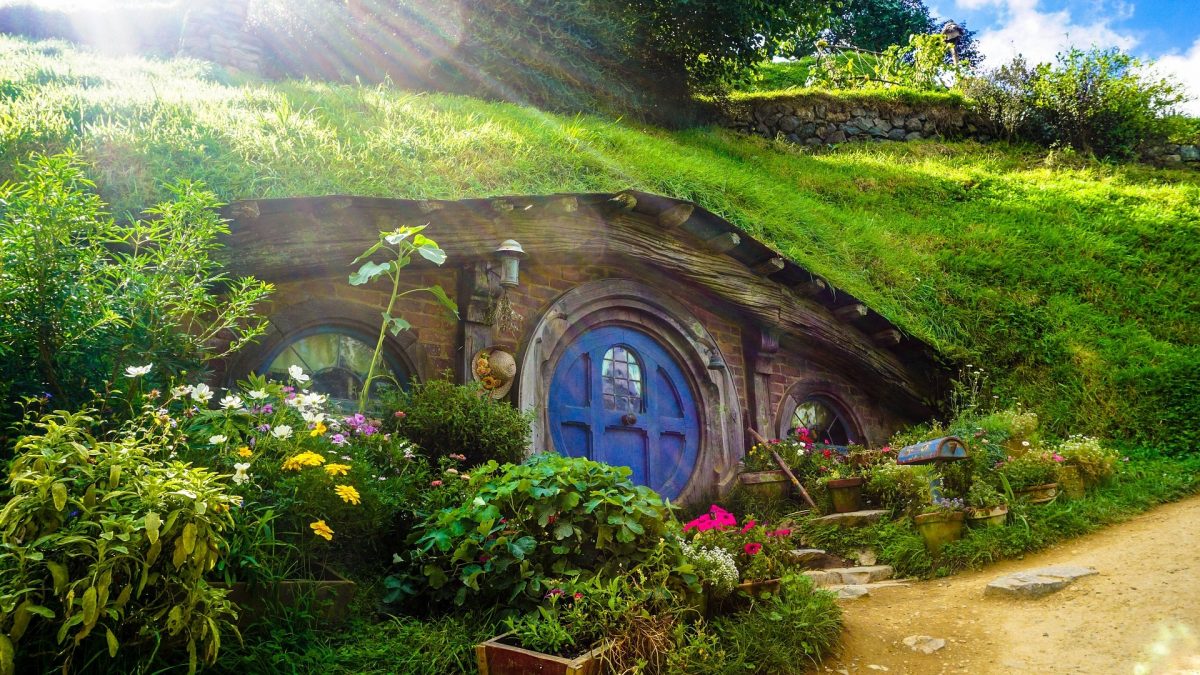 New Zealand is home to countless famous hikes, but Milford Track, around Milford Sound and the gorgeous Fiordland National Park, is perhaps the best of all. It’s also one of the most popular, ranking Milford Sound as the top tourist attraction in New Zealand, so be sure to book your huts in advance and get your name on the list as soon as registration starts. Competition is stiff! If you’re not much of a hiker, but still want to explore the area around Milford Track, this article also talks about how you can go sea kayaking around the fjords. 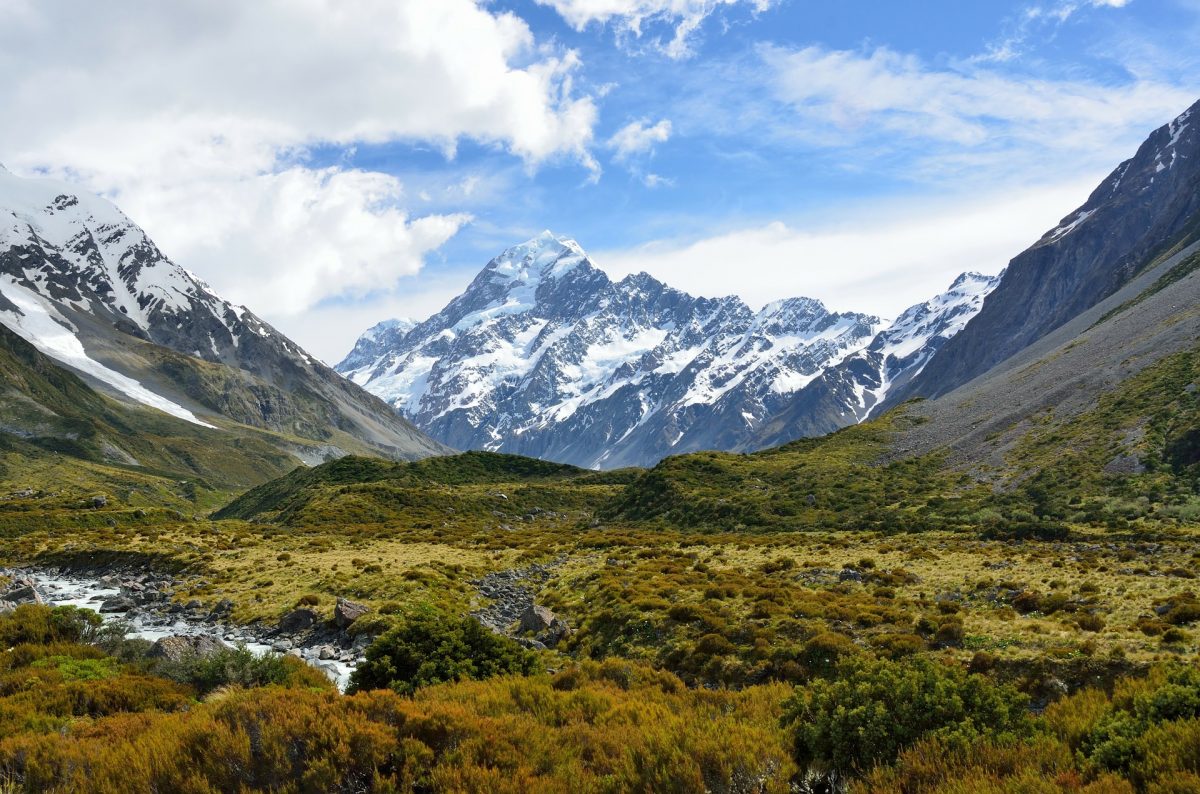 3. Sail The Bay Of Islands

There are so many things to do in the North Island of New Zealand, and sailing the Bay of Islands really can’t be missed in my opinion. Nearly 150 islands are dotted around this legendary bay, making for incredible exploration. Whether you rent a sailboat, hitch a ride on one of the ferries that leave from Auckland’s main terminal, or charter a boat for the day, exploring the islands by sea is definitely one of the best ways to see the area. Some of the islands have campgrounds and others have luxury hotels. There are excellent seafood restaurants and a few small huts where you can have the best fish and chips you’ve ever eaten. For something a little bit closer to Auckland (only half an hour by ferry), you can always check out the wineries on Waiheke Island instead. 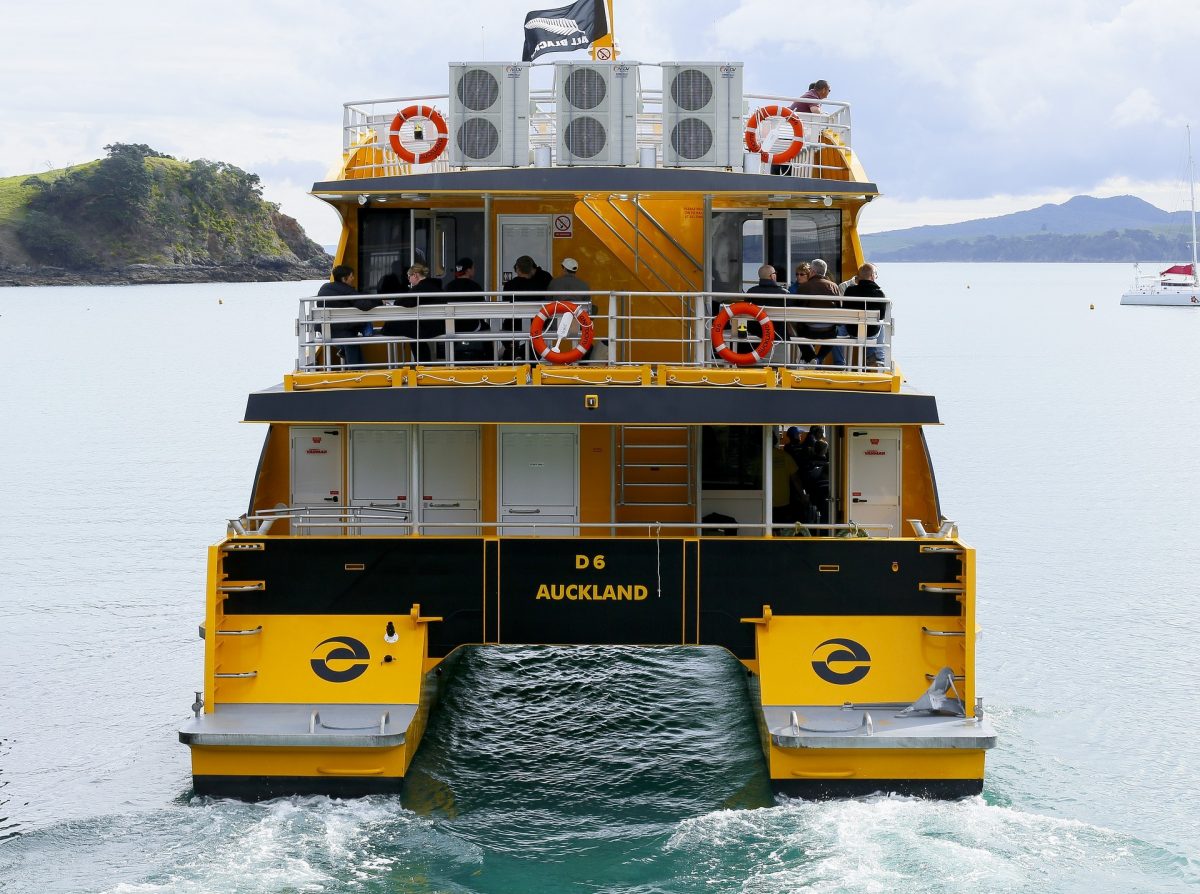 These astounding caves are located in Waitomo on the North Island, and they shouldn’t be missed. You can literally boat through the caves observing bioluminescent life forms hanging from the ceilings (like something out of Avatar). Some tours also include absailing or caving as part of the day out, so be sure to check before you book so you don’t end up in a harness when all you really wanted was to row in a cave. 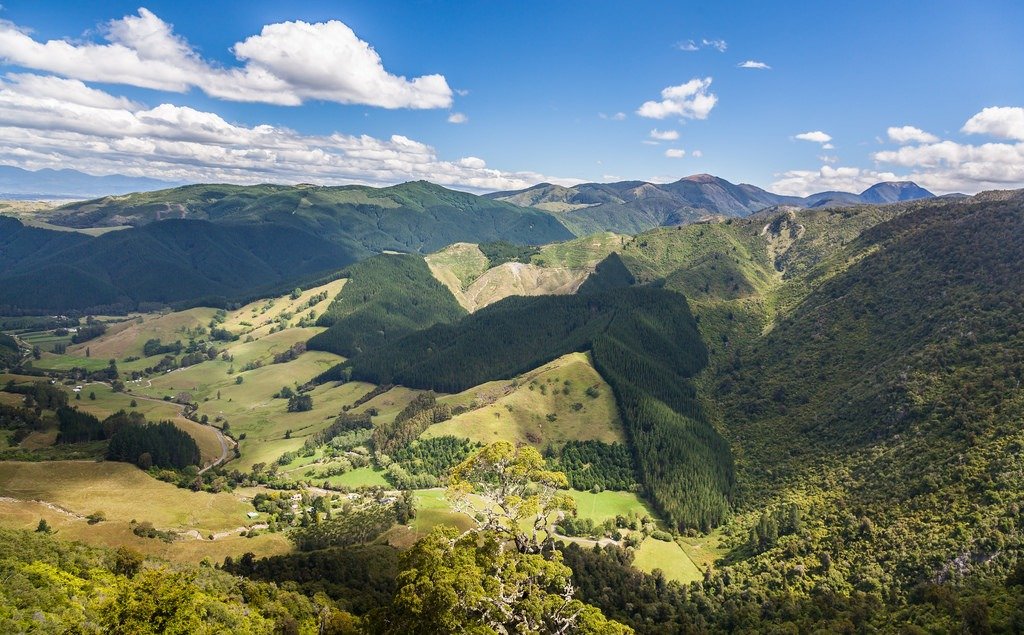 Kahurangi is another national park in New Zealand and according to some locals, it’s the most impressive of all. Toward the northern tip of the South Island, it’s a really popular place to go hiking. Spend the night camping near Tasman Bay and get an early start so that you can enjoy all that the park has to offer. You can also take tours in the area that include kayaking around Abel Tasman, sky diving over the national park, or caving through a huge network of underground caves.

Some are surprised to learn that there are actually several skiing opportunities around New Zealand. Of course, you’ll need to visit during the proper time of year, which is actually summertime in the northern hemisphere. Broken River, outside of Christchurch on the South Island, is a great place to go if you want to avoid the partying (and massive expense) of Queenstown skiing. 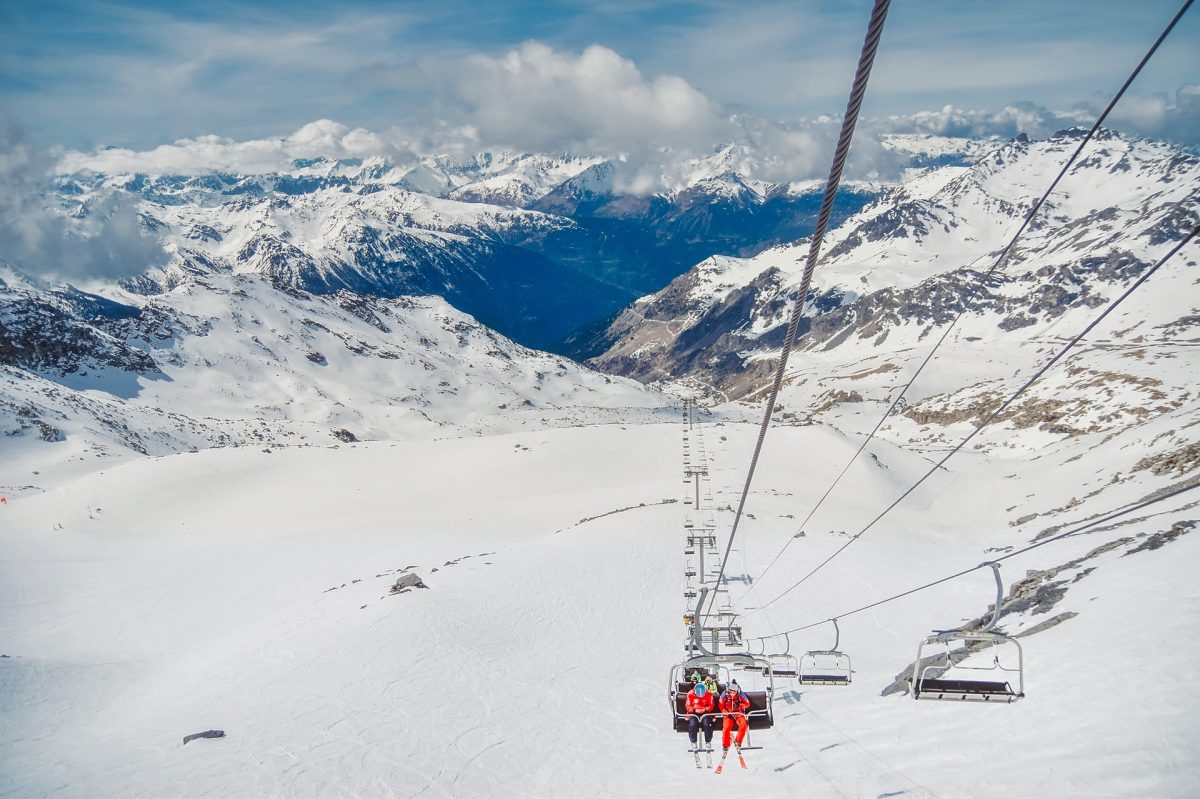 This is an activity that was invented in the 1950s when someone attached a jet engine to a boat – seriously. It’s a little safer than that article makes it sound, but it’s a thrilling, wild sort of adventure unique to New Zealand. A bus takes you along a windy road where you literally feel like a gust of wind will send you and all of your fellow passengers into the ravine below, but when you get to the dock and pile into the boat you’ll be so happy you made the trip.

There’s a strong volcanic element to New Zealand’s landscape, and nowhere is it more evident than Rotorua. You’ll smell it before you see it. But it’s not just about the smells, there’s so much to do in Rotorua. This is a region where you can see craters and geysers, and even take a dip in natural hot springs. It sort of gives you a different perspective on the powers of Earth as a geological body. It’s also packed with history for the Maori people, so be sure to stop into some of the villages while you’re there(with permission of course) . 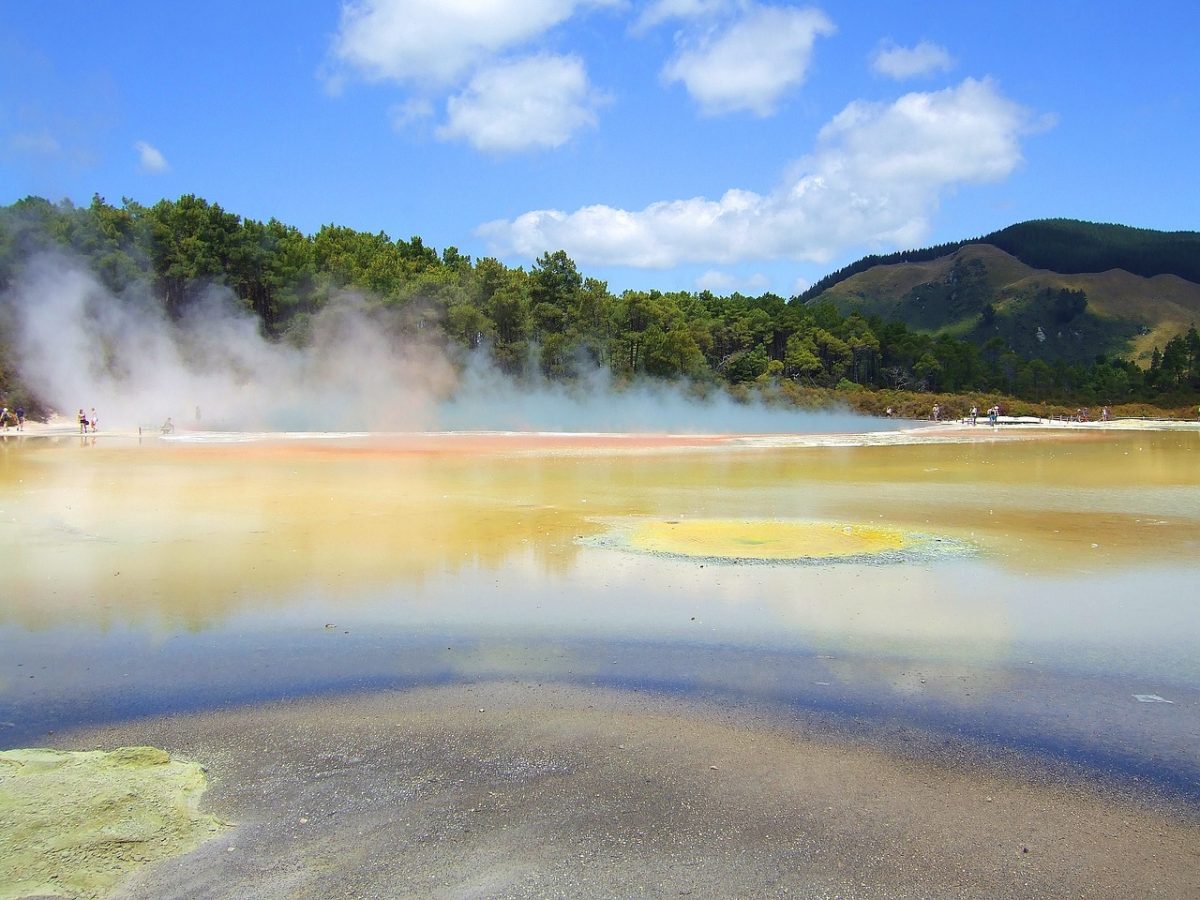 SkyCity is an Auckland skyscraper that is home to tons of Auckland entertainment. It’s probably known best for the enormous casino inside. Real-money gaming in New Zealand can be a little bit tricky in general. Online activity is not permitted if the operator is based in New Zealand, so local operators are few and far between. But this is the best chance in the country for in-person casino gaming, which can be a nice break from nature and adventure.

This is just another of the dozens of incredible hikes that is worth your time on a trip to New Zealand. Mount Taranaki is in Egmont National Park on the North Island. It’s actually a volcano (don’t worry, it’s not active), and offers a tremendous vertical hike that is doable even for those without climbing or mountaineering experience. The mountain itself is incredible and the views of the surrounding park from the summit are unrivaled. If you don’t feel like doing the whole vertical hike, there are several short and easy hikes around the base of the mountain that give you incredible views of the peak. 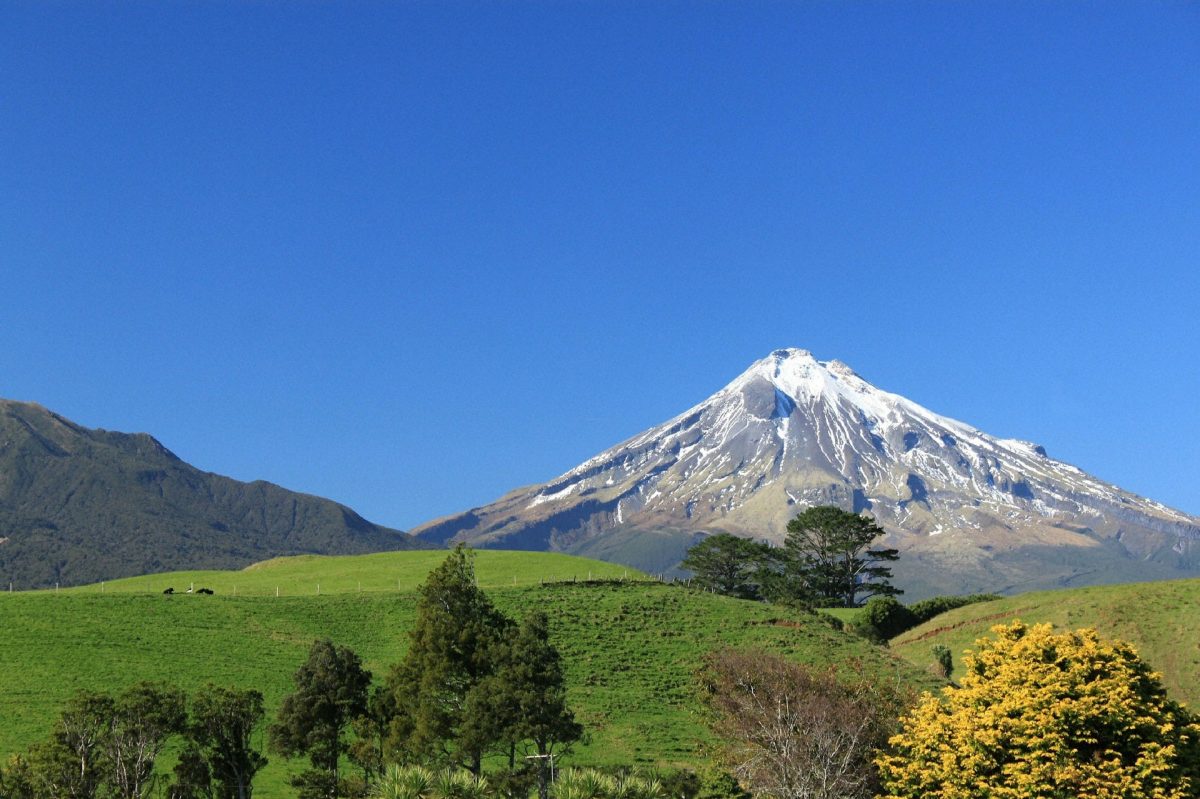 The New Zealand national rugby team – known as the All-Blacks – is quite literally one of the most successful franchises in the history of sports. You’ll get entirely wrapped up in the thrill of the game, even if you don’t know anything about rugby (trust me, I didn’t!). You never know how the schedule will line up, but if you get the chance to see them play while you’re in the country you shouldn’t miss it.

Condé Nast Traveler, in listing the best beaches of New Zealand, certainly made New Chums sound like a unique paradise. Evidently, it requires that you hike an hour through a palm forest and then wade through a shallow lagoon. You’ll be rewarded with a secluded, pristine stretch of sand and water. New Zealand often makes you work for those special places, but man-oh-man is it worth the trip. Be sure to check the tide tables before heading out on the hike, you don’t want to get stranded or have to swim through that lagoon on your way back! 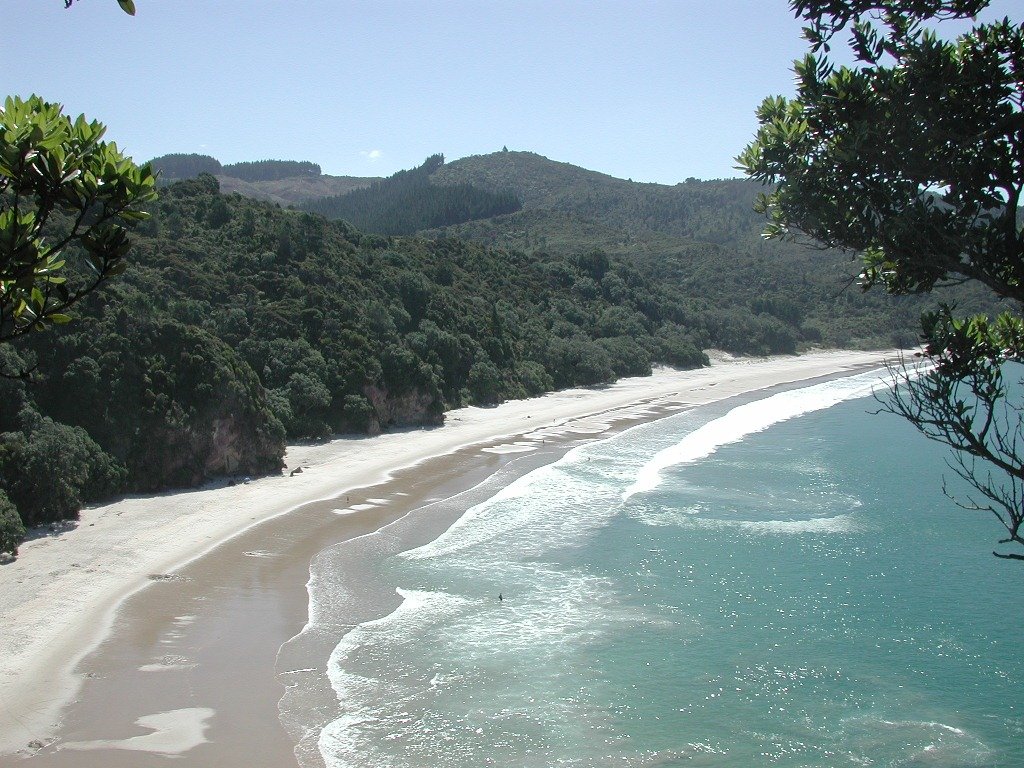 This is something like New Zealand’s version of Stonehenge, only it appears to be entirely natural (rather than man-made). Its claim to fame is that the Dalai Lama named it a spiritual center of the universe. You’ll feel like you’ve entered into Narnia as you wander around these huge stones. It’s a popular spot for people who like to free-climb.

The Maori people native to New Zealand are famous for their unique culture and traditions. If you want to learn more about their culture and even enjoy a hangi (a meal cooked under the ground or in thermal pools – so tender!), you can visit an authentic village and get to know their customs, which is pretty fascinating if you enjoy learning about ancient cultures. 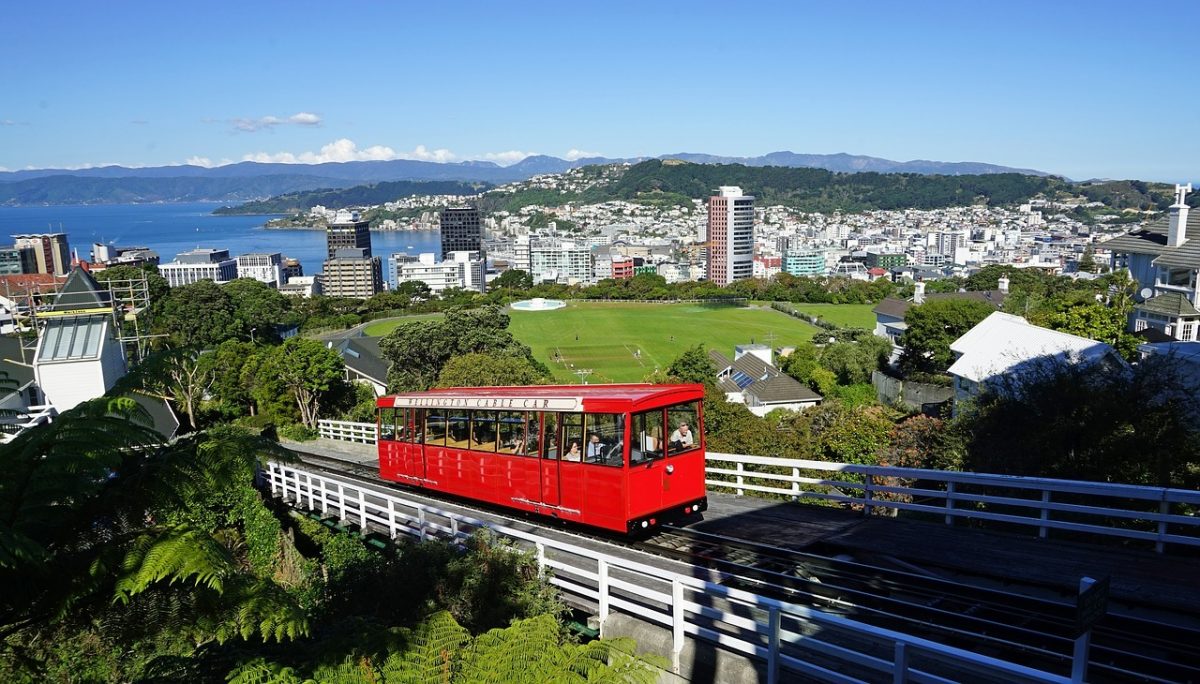 I’ll close out with a fairly traditional tourist attraction, but one that still shouldn’t be missed. The city of Wellington is a very picturesque place where you should plan on spending a day or two if you can. It has great museums, a beautiful waterfront, and tons of great restaurants. One of the best ways to see it is by taking the old-school looking cable car up to the Botanic Gardens where you can truly get an idea of the area’s postcard prettiness. 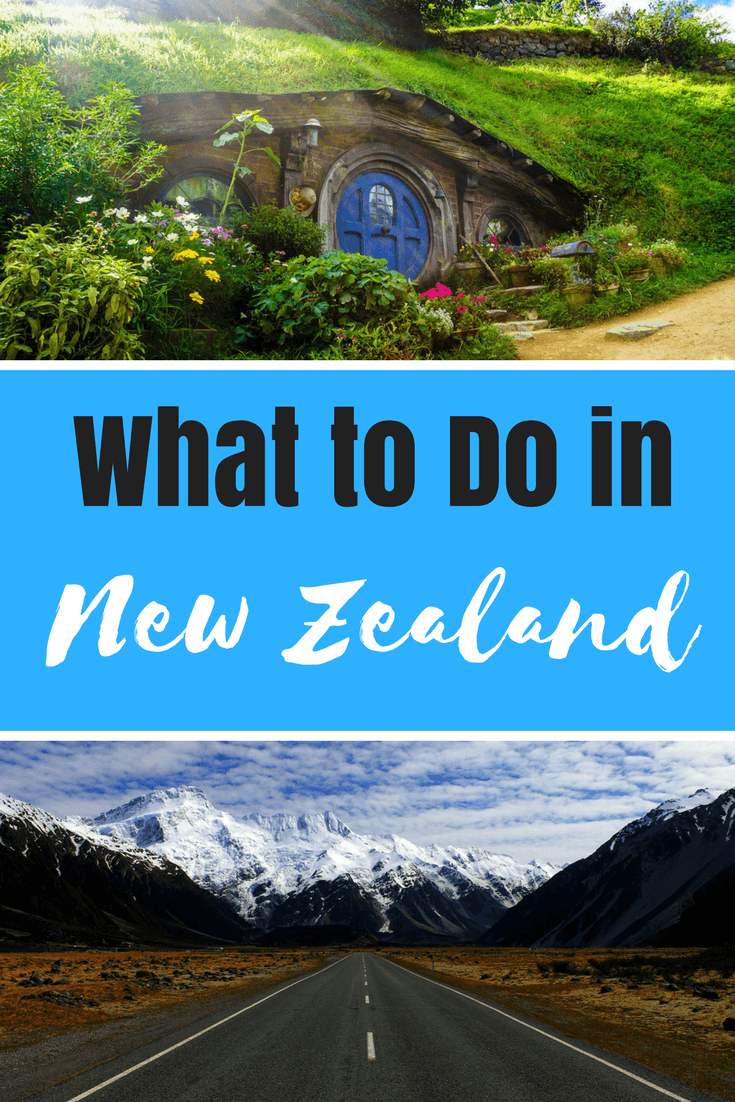