Wondering what the deal is with tipping in Mexico? I’ve been living in and traveling around Mexico for over three years and I’ve learned a few things about tipping in Mexico City as well as around the rest of the country. Hopefully, this little guide can help you in any situation where you wonder whether or not to slip someone a few Pesos.

Whether you’re thinking about traveling to Mexico City, Tulum, Oaxaca, or further afield, the rules are generally the same when it comes to tipping in these different situations around Mexico.

Get the latest information all about travel to Mexico straight to your inbox for FREE!

Do You Tip in Mexico? 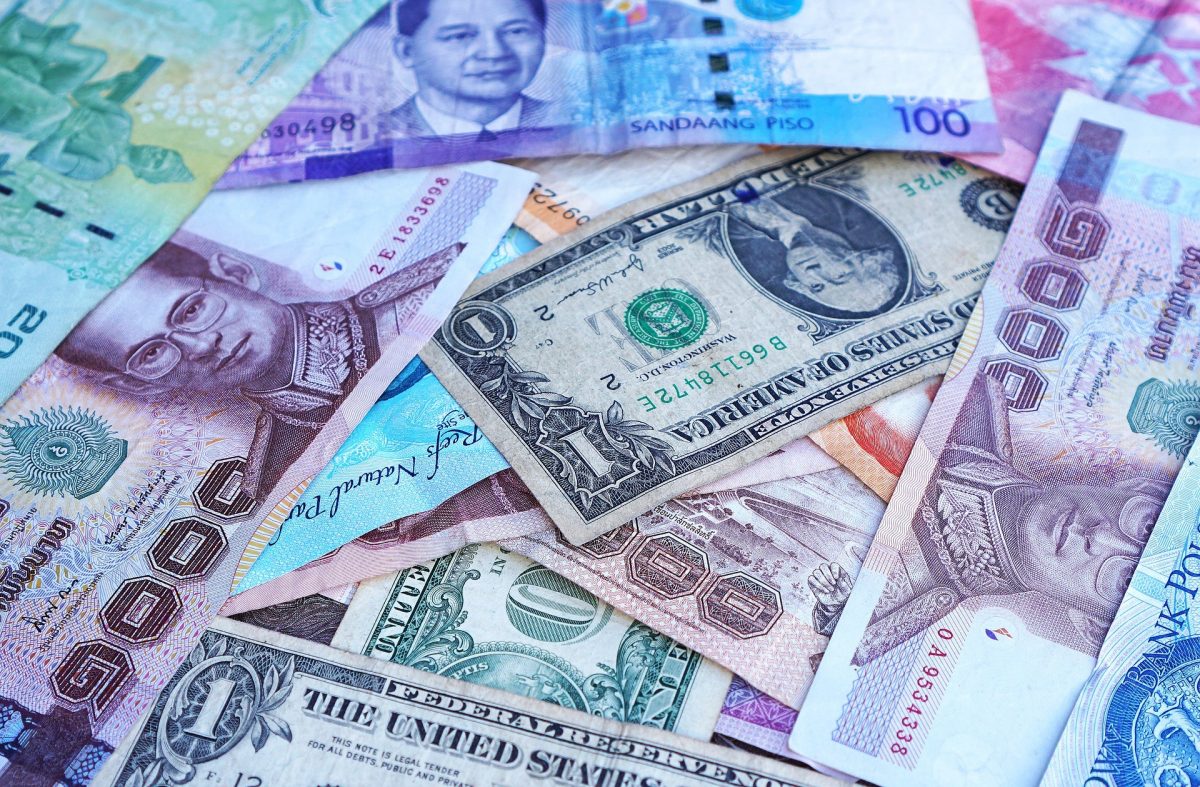 Do You Tip in Mexico at Restaurants?

When you think of tipping, the first thing that usually comes to mind is tipping at a restaurant. While tipping didn’t use to be part of the culture in Mexico, it is now expected in tourist areas as well as at nice restaurants in most of the cities around the country.

I’ll talk about tipping at all-inclusive resort restaurants below.

It’s totally not necessary to tip at food stalls, taco stands, or other street vendors in Mexico, but if the food is awesome and there’s a place where you were able to sit down and eat your food, I usually leave a few pesos or tell them to keep the change after I’ve paid.

The food is so cheap at these stands and the people that work them work so hard, so I think it’s a nice gesture to give a bit more. Some stands have tip jars where you can put something if you really enjoyed it, but you shouldn’t feel obligated. 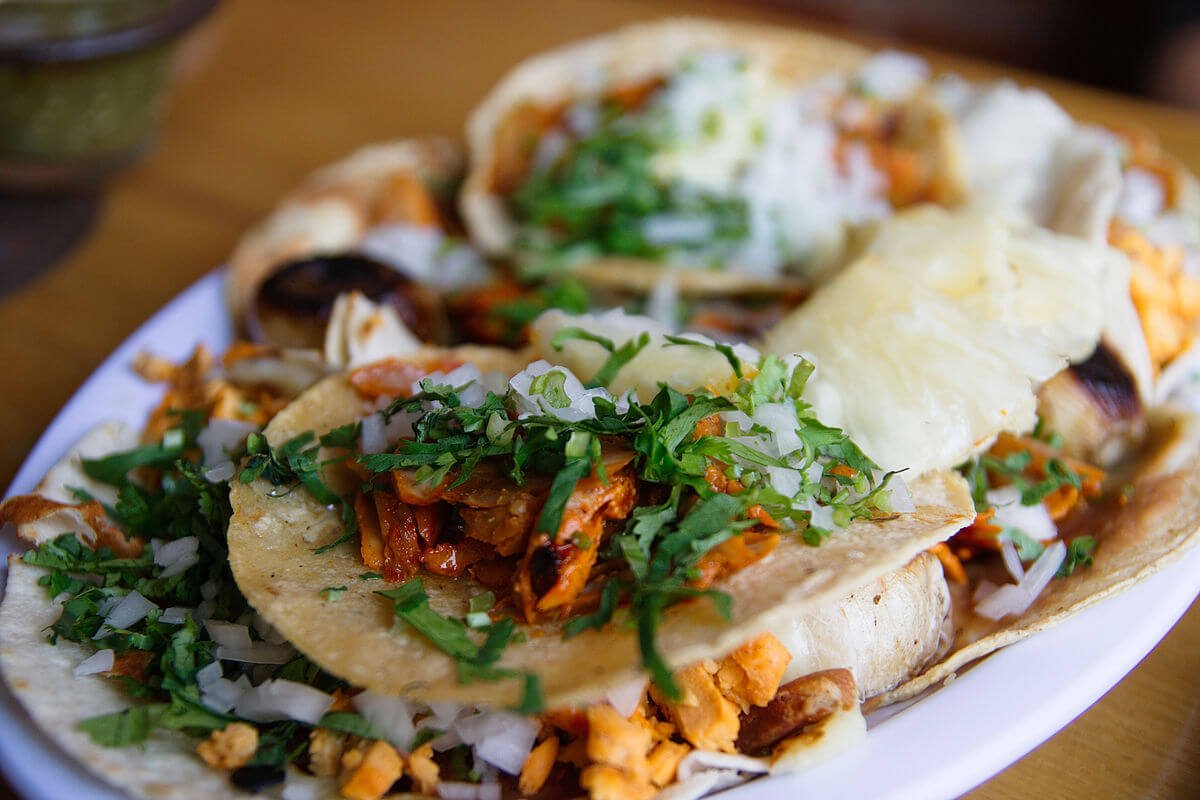 If you’re staying at a hotel rather than an Airbnb, you may consider leaving a tip, especially for the maid. I’ve stayed in several hotels in central Mexico, but none have had tip envelopes like they often do in tourist destinations like Cancun and Playa del Carmen. If you enjoyed your stay and your room was cleaned each day, you should, by all means, consider leaving anywhere from 20-25 pesos per night’s stay as a tip for the cleaner.

Almost every gas station in Mexico has an attendant who pumps your gas for you. Many of these guys usually work solely for tips, so whatever you can give is great. I usually give between 5 and 10 pesos depending on how much fuel I’m getting. If they clean your windows or assist you in any other way, I tend to lean more towards 10.

Should You Tip Bathroom Attendants?

Most public bathrooms in Mexico have attendants who keep the toilets clean, refill the toilet papers, and give you paper towel once you’ve washed your hands. They work solely on tips, so I usually leave between 3 and 5 pesos for them.

If you go to the supermarket to buy any groceries, there will most likely be someone ringing you up and someone else bagging. Most of these people are quite old or very young and they work solely for tips. When I do a weekly shop and fill my cart, I give them 10 pesos for all the bagging. If I just pop into the store for a few items, I usually give them between 3 and 5 pesos depending on what I have in my wallet.

If you plan on driving during your trip to Mexico, you’ll likely find yourself at a red light where a man with a bottle and a rag will want to wash your windows. If you don’t want them to wash your windows, politely show them the back of your hand and shake your head. If you are happy for them to give your windows a clean, you should be prepared to offer them a few pesos for their work. It’s not a set price, simply whatever you feel like offering. 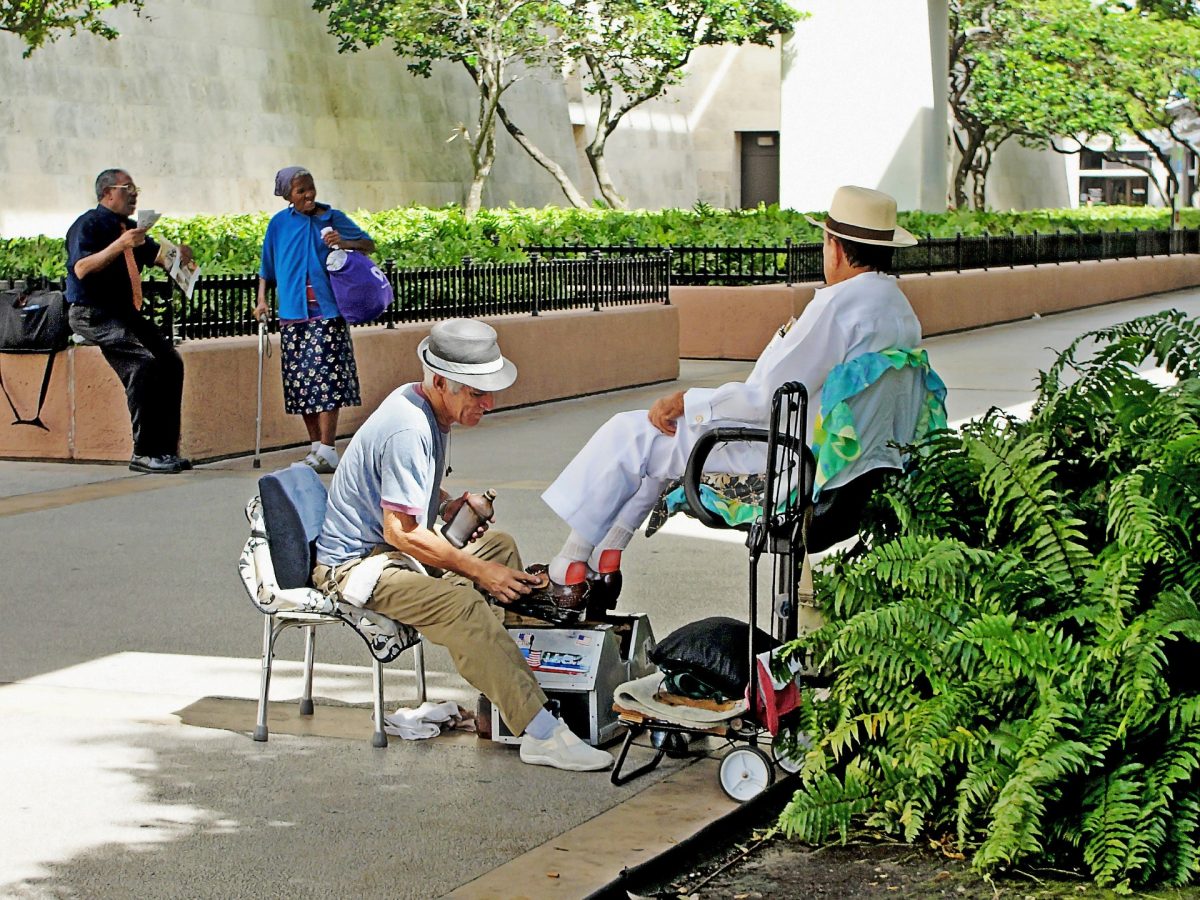 There are tons of shoe shiners around most cities in Mexico. If you have a pair of leather shoes you want shined up, you’ll pay a very small fee to have them done. It’s customary to add a few extra pesos on top of the price as a thanks.

One of my favorite things about living in Mexico City is all of the buskers. If you’re sitting at a restaurant somewhere in Mexico and it has outdoor seating or an open front, you will no doubt have buskers coming up and playing a few songs for you. It’s not required, but I always give at least 5 pesos. I’ve seen Mexicans give up to 20 for really exceptional music.

Tipping at All Inclusive Resorts in Mexico

If you’re staying at an all-inclusive resort, confusingly, your tips are not included. When you go down to your daily buffets, there will likely be waiters and other staff bending over backward to help you. Shockingly, they’re not doing this because you’re awesome. They’re doing it because they want you to tip them.

If you want to enjoy this sort of service for your entire trip, most people recommend tipping a small amount at the end of each meal. If you felt like the waiter you had really went above and beyond, consider leaving about 100 pesos or about $5 dollars as a tip to thank them for your service because you may not have that waiter again tomorrow. 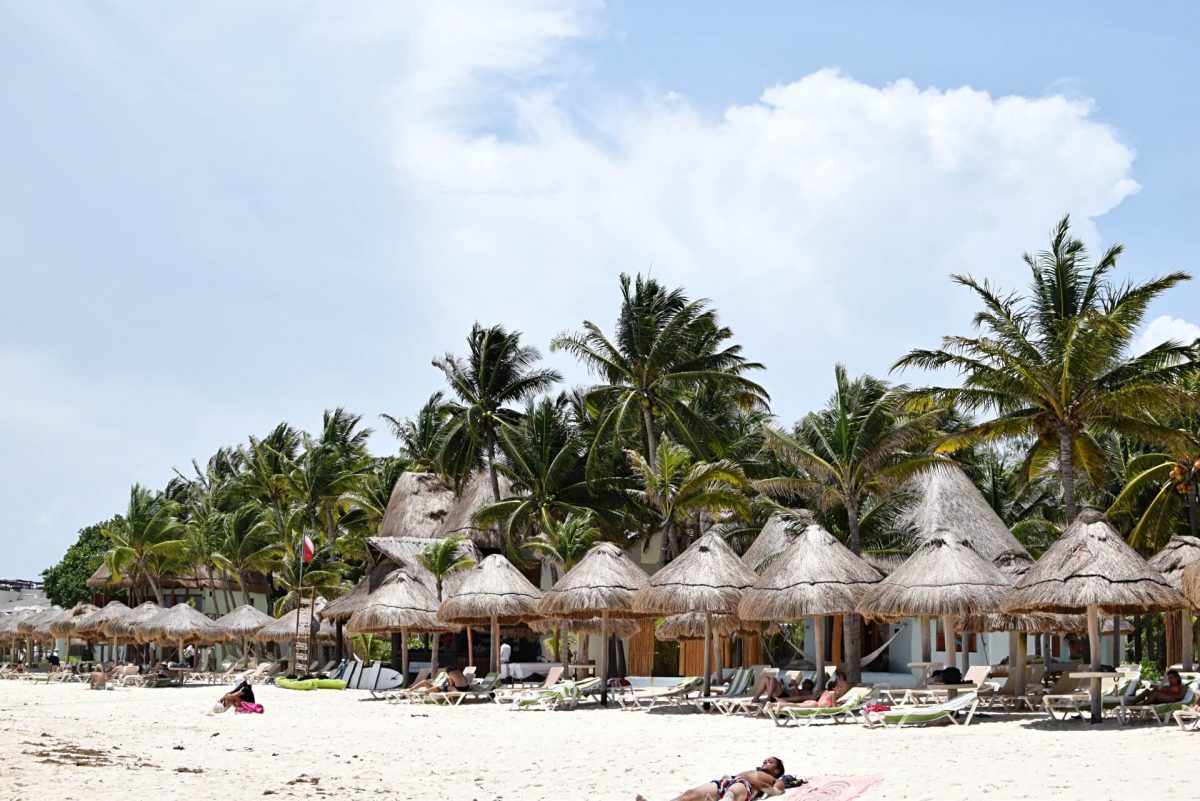 Tipping in taxis is pretty unheard of. You now have the option to leave a tip on Uber in Mexico. Once your ride is complete, go back onto the app and you can leave 10, 15 or 20 Pesos for the driver. It’s not required, but it’s always a nice way to encourage really great Uber drivers. I would only consider tipping if I was going to or from the airport and I had a lot of luggage, but even then many Uber drivers will not accept your tip.

Tipping Your Tour Guides in Mexico

Like in most countries, tour guides love tips, but it’s not a requirement. On every tour I’ve taken in Mexico from Oaxaca to Mexico City to Tulum, guides will stand outside the van once the tour is over and will happily take tips from you, but do not feel obligated unless they really were great tour guides.

I’ve seen people tip up to 200 pesos for a day tour (roughly $10). I usually give them 50 pesos if I felt that they were a good tour guide and I really enjoyed my day, otherwise I usually skip out on the tip.

Should You Tip Your Airbnb Host?

While I’ve never done this before, I have a few friends who like to leave a small gift for their Airbnb host. This is a nice gesture that I would love to adopt as I travel around Mexico even more. As a foreigner in the country, the idea of leaving something small that comes from the US or the UK is a nice way to share your culture with them and thank them for their hospitality. If you are traveling and don’t have something small from home, you can always gift them a bottle of mezcal! Of course, if you didn’t enjoy your stay, you probably wouldn’t want to leave anything.

A Final Note About Tipping in Mexico

Tipping in Mexico is still a relatively new custom, so only give when you feel it is deserved. Tipping in Mexico City as well as in resort areas around Mexico is definitely more popular than in less touristed places. However, do not feel pressured to tip or to give extravagantly simply because you are a tourist, but know that in many of the above situations it is expected. That being said, a small tip means a lot to many of these tourism and hospitality workers. They earn very little here in Mexico and if they are living in expensive places like Mexico City or the Riviera Maya, every peso counts. Give generously when you feel it is warranted.

If you have any other questions about traveling Mexico, check out the Mexico section of this website or send me an email and let’s chat! 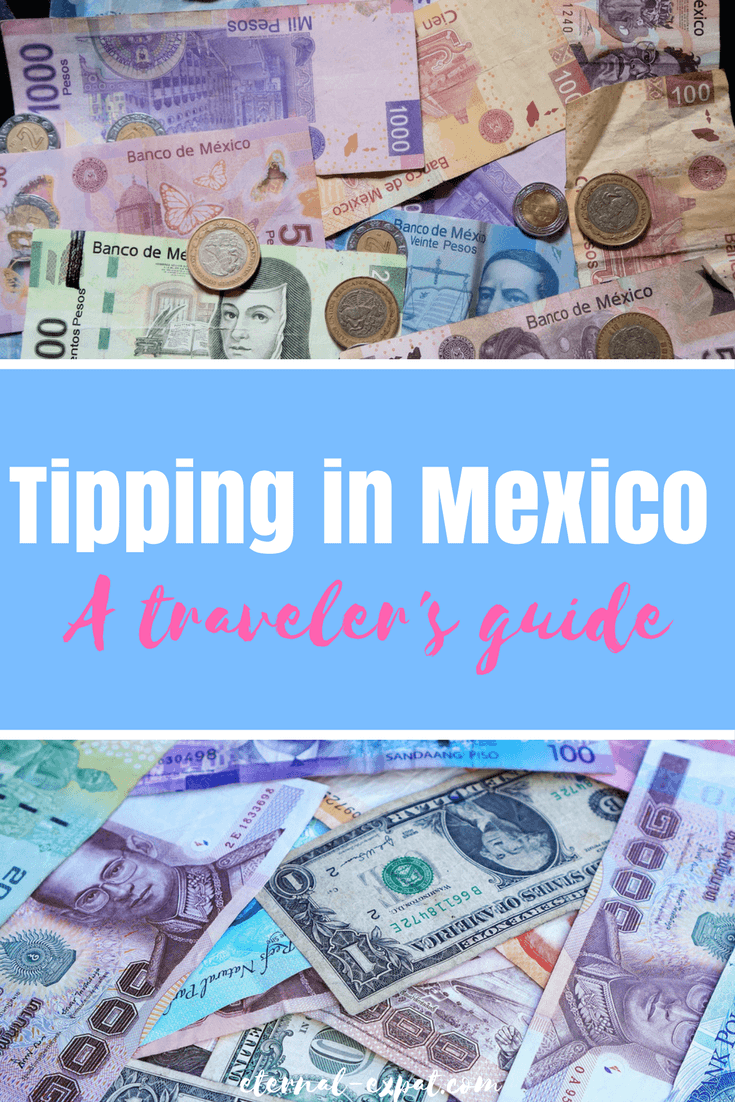 Thank you, What words should I learn for your next topic, Laura.

Is it possible to convert currency at the Mexico City airport so that I can have "tip money" available. My Mexican Currency that I am taking is all in 500 peso denominations.

Yes, there are plenty of exchange places inside the airport which give pretty good exchange rates.