229shares
The Mexico City metro is one of the cheapest and quickest ways to get around the city. The metropolitan area of Mexico City has over 20 million people driving, taking the bus, using Ubers and taxis, and of course, taking the Mexico City subway.

While I try to avoid the subway during rush hour when it’s incredibly busy, I do like taking it on weekends when it has slightly fewer people.

Safety on the Mexico City Subway

The Mexico City often gets a bad rap. I’ll admit, it’s certainly not the cleanest, the newest, or the nicest looking (or smelling for that matter), but with some street smarts and common sense, you can easily and safely take the metro during your trip to Mexico City.

As a woman, one of the things I love about the Mexico City subway are the women-only cars.

Simply walk to the end of the platform where it says damas or mujeres and you’ll be able to sit in a quieter car and won’t have to worry about any harassment issues that you could face if you go into the other cars (though I’ve never had this happen to me, it’s something to be aware of).

I’ve also never had any problems with pickpockets or snatch-and-grab situations, it’s important to know that this sort of thing does happen occassionally (just like it does on the NYC subway and in other busy cities in the world).

My biggest tip for guys is to ALWAYS keep your phone and wallet in your front pocket and to keep your hand in your pocket. This is the tip that gets shared across expat groups in Mexico City and is what Luke does whenever we ride the subway. 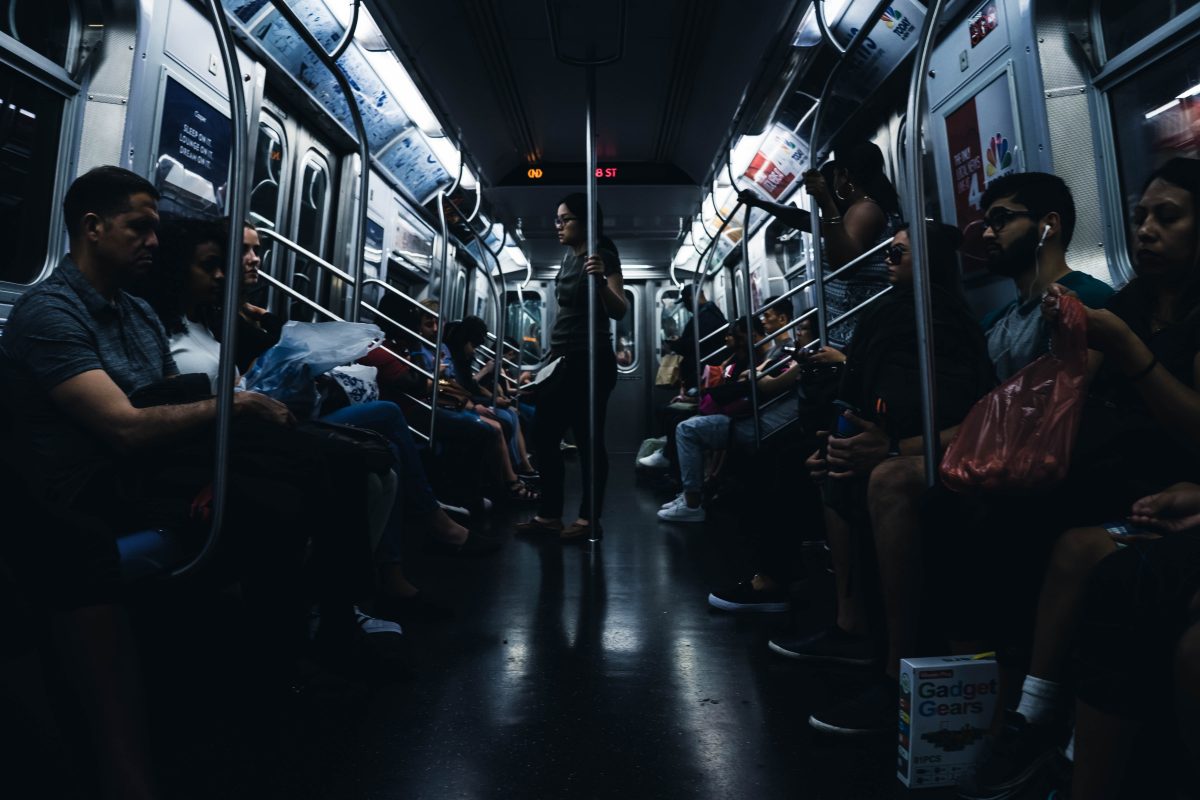 Ladies – keep your things inside a purse that is zipped and keep that purse on your lap.

I always loop the strap of the bag around my arm and then put it on my lap. If you do want to take your phone out to use it, just be aware of your surroundings.

A friend recently warned me against using my phone if I’m sitting next to the door because he saw someone doing exactly that and when they pulled into the next station a guy grabbed the phone and ran off the subway before he could do anything about it.

I don’t tell these stories to put you off going on the subway.

Unfortunately, these sorts of things happen in cities all over the world, Mexico City is no different. That doesn’t mean it’s dangerous or that you should avoid these places, it just means you have to be more aware of your surroundings.

I’ve been using the Mexico City metro for the last two years and I’ve never felt unsafe, threatened, or even at risk of having something stolen.

Buying a Ticket For the Mexico City Metro

One of the reasons that the metro is one of the most popular modes of transport around the city is because it’s so cheap. One ticket costs only 5 Pesos (which is roughly 23¢). You can change as many times as you need to without having to purchase the ticket – so as you can imagine, getting across the city is incredibly affordable.

You can buy single tickets at any metro station. Simply get in line at one of the windows labeled taquillas or boletas. Give them your money and tell them how many tickets you would like (for instance, give them 20 Pesos and ask for cuatro, por favor).

If you plan to take the metro several times, I recommend buying tickets in bulk because the lines at stations can get very long.

If you’re going to be in the city for more than a week, you may want to purchase a metro card. Metro cards cost 10 Pesos to purchase, but you only need one between a group of people, so if you are traveling with two or three people, you can share it. 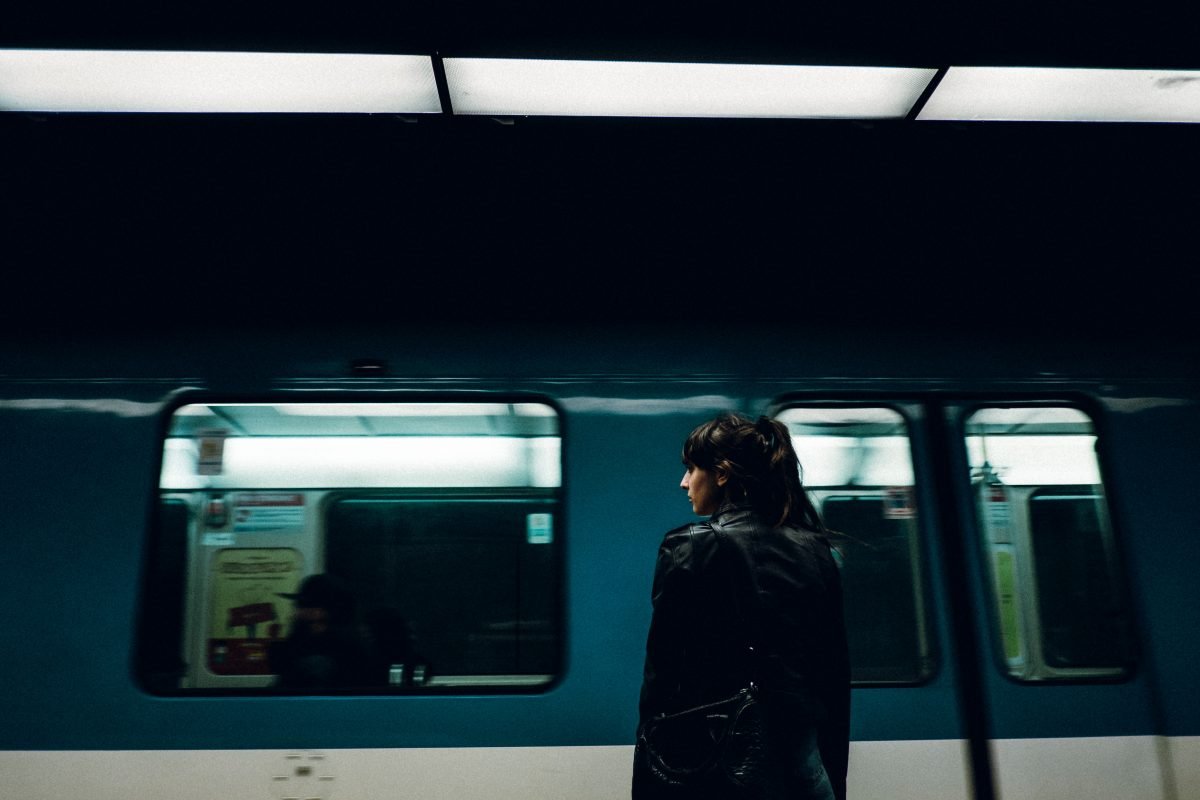 To buy one of the re-useable metro cards, you can simply ask for a card, una tarjeta. Just make sure you don’t go to one of the windows that says solo boletas. These windows only sell tickets.

You can top up these cards with up to 100 Pesos at a time, but once it’s on there, you’re not getting it back, so be sure to think about how many trips you’re actually going to take before you top it up with money.

It’s also worth noting that you can only pay with cash – no one is going to accept card as payment at ticket counters in the metro stations.

When I first got to Mexico City I downloaded Mapway for Mexico City. In my opinion, it’s one of the best apps for using the Metro in Mexico City. You can get an overall view of the subway map or you can plan your route to find out exactly where to change stations.

My only caveat is that the time it says it’s going to take to get from one station to the other is almost always wrong. The Mexico City subway isn’t exactly the most on-time subway network I’ve ever used. How to Change Stations on the Mexico City Metro

Changing stations on the Mexico City metro is relatively simple. It can seem confusing at first and in some stations, the colors don’t correlate the color of the line that you are looking for.

Once you get off of one train, you’ll follow the signs for the line that you’re looking for – make sure you know which direction you want, because sometimes they are on opposite sides of the station.

One of the biggest things you’ll need to know when you ride the metro and when you change stations is that in order to know what direction you want to go in, you need to know the two stations at the end of each line.

For example, if you are at the Zocalo metro station, which is the blue line 2, you can either go west towards Cuatro Caminos station or you can go south to Tasqueña station. If you want to go from the Zocalo to Ermita station, you’ll want to get on the train that’s headed towards Tasqueña.

This is why having an app like Mapway is a good idea. In my experience, a lot of the stations don’t have a ton of metro maps to consult, so you’ll need one of your own.

The main changing stations on the Mexico City metro that you’re likely to pass through while visiting Mexico City are Tacuba (orange and blue), Hidalgo (blue and olive), Balderas (pink and olive), Tacubaya (pink, orange, and brown), and Centro Medico (olive and brown).

Taking the Metro to and From the Mexico City Airport

Taking the metro from the airport is really easy, especially if you’ve packed light. While some websites tell you that suitcases aren’t allowed, I can assure you that no one will stop you (but I don’t recommend taking the metro if you have a huge suitcase, it’s a huge hassel).

The Mexico City airport is on the yellow line, line 5. The stop is called terminal aerea. If you are heading into the city center, I recommend taking the line towards Politécnico.

You’ll change stations at La Raza, which is the olive line, line 3. It’s a long walk between the two lines, about 10 minutes. You’ll then take the olive line towards Universidad.

If you are staying in the Centro Historico, you’ll want to get off at Hidalgo.

If you are headed towards Roma or Condesa, you’ll probably have to change at Balderas to the pink line. Head towards Observatorio and depending on where you’re staying you may want to get off at Cuahtémoc, Insurgentes, or Sevilla stations.

Check with your hotel, Airbnb or hostel about the nearest station.

If you would rather take an Uber, check out this post about using Uber in Mexico City. 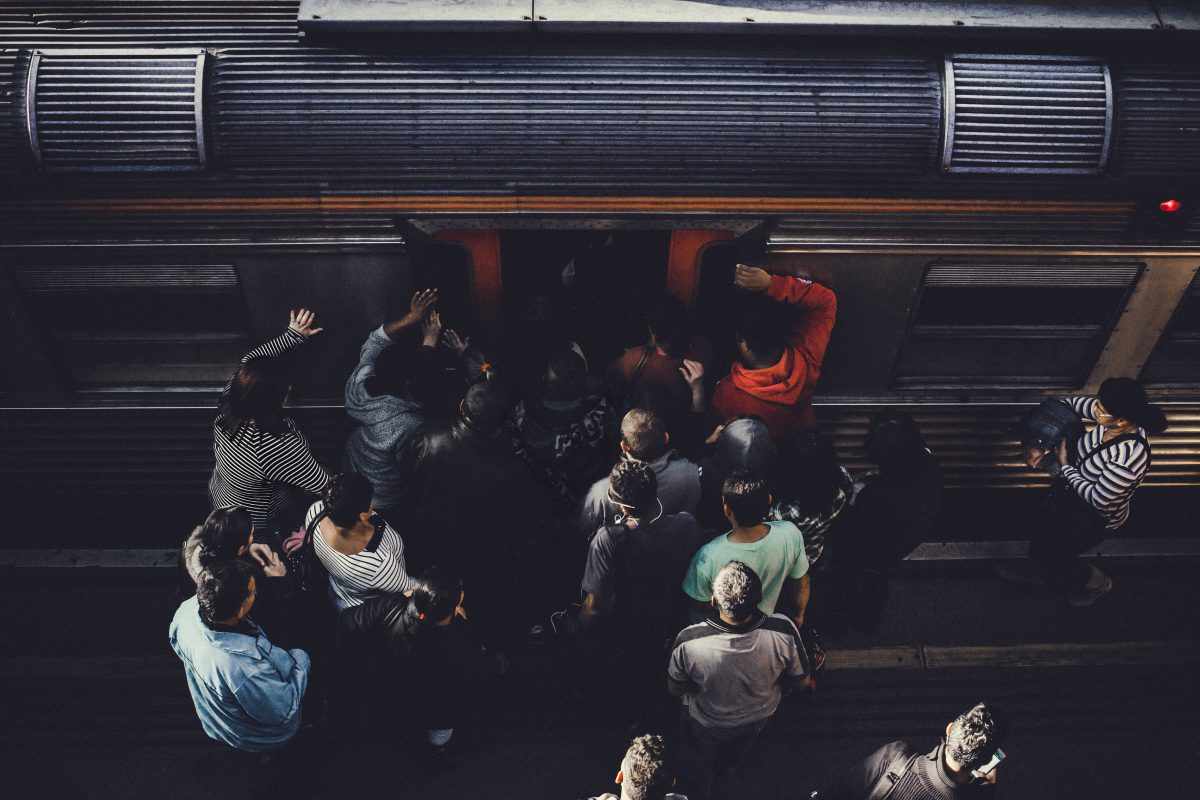 Now that you know how to keep your stuff safe, buy a ticket, top-up a card, get through the barriers, and go in the right direction, you should probably know a few things about actually riding the metro.

Like I mentioned above, there is a women-only car (which also includes children who are riding with women), which I highly recommend using if you are a woman traveling solo on the metro.

Something else you should probably know about the metro is that when it’s busy, everyone stands by the doors. You may have to push your way onto a car, but just head towards the center of the car and you’ll have plenty of room to stand comfortably.

The reason everyone congregates around the door is that the doors don’t stay open for very long.

There isn’t really time for everyone to get off AND THEN let everyone else on, so it all ends up happening at the same time.

Don’t be offended if you get pushed or shoved, there’s no harm meant by it and while most people I’ve encountered on the metro are very polite, sometimes there’s no time to apologize because you gotta get off before those doors close!

Be sure to hold onto something. The subways can sometimes stop suddenly between stations and if you’re not sitting, you can end up falling into other people at best, falling on your face at worst. 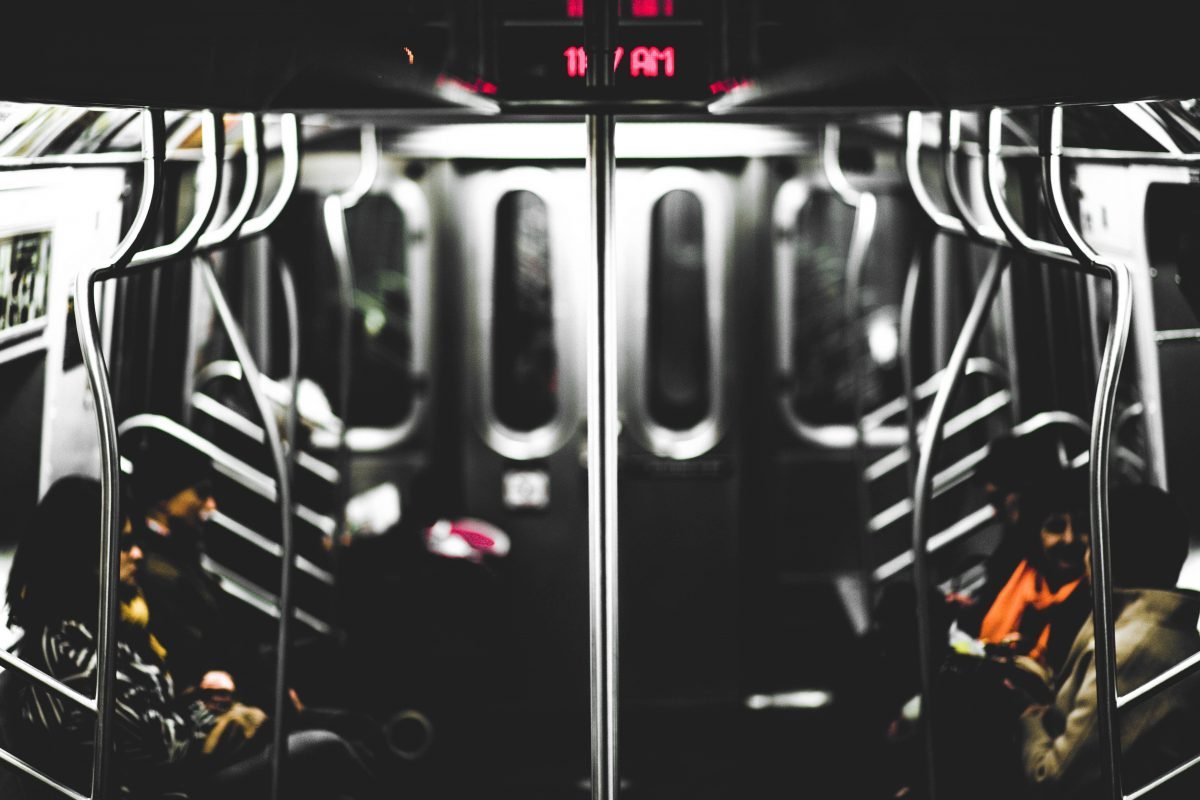 There are vendors that walk up and down the cars throughout the day selling pretty much everything.

Some have speakers playing loud music selling CDs, other people are selling candy or chewing gum. Some people sing or do magic tricks. There are often small children walking around asking for money.

The metro can get pretty hot, especially at peak times, but even when the cars are nearly empty. Some have windows, but others are stiflingly warm. It’s 5 Pesos, guys.

Don’t forget to give your seat to older people or pregnant women, especially on really busy cars.

I know this is probably an obvious one, but you’d be surprised how many young people aren’t paying attention. You’ll also notice a lot of people give up their seats for moms or dads with young children.

My last tip is simply to be nice. Don’t get stressed about how busy it is.

You can always get off at the next station and do a loop around – it costs you nothing but a little bit more time. If you get easily stressed around large crowds, you don’t share well, or you’re not budget conscious, the metro may not be for you.

GET MY MEXICO CITY GUIDEBOOK!

Heading to Mexico City Soon? You may find these other posts helpful! 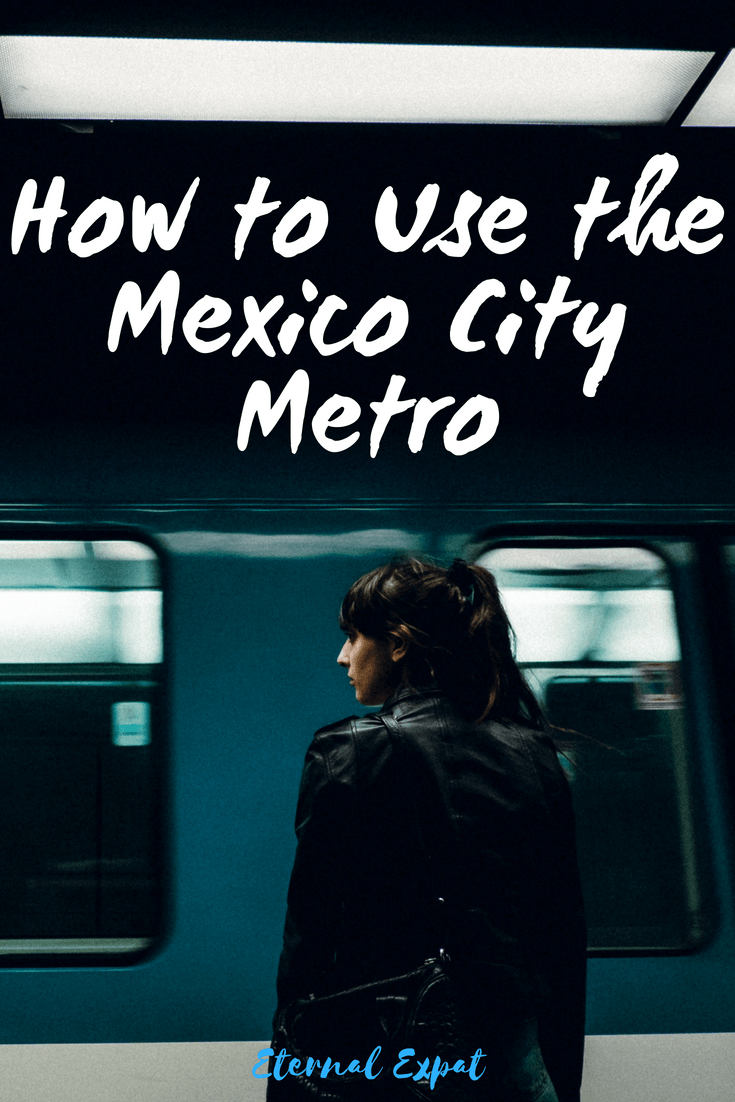 « Life as an Expat in Mexico City: June 2018 Edition
Working to Travel: The Best Online Jobs for Travelers »