Thoughts on 8 Years Abroad and What Home Means 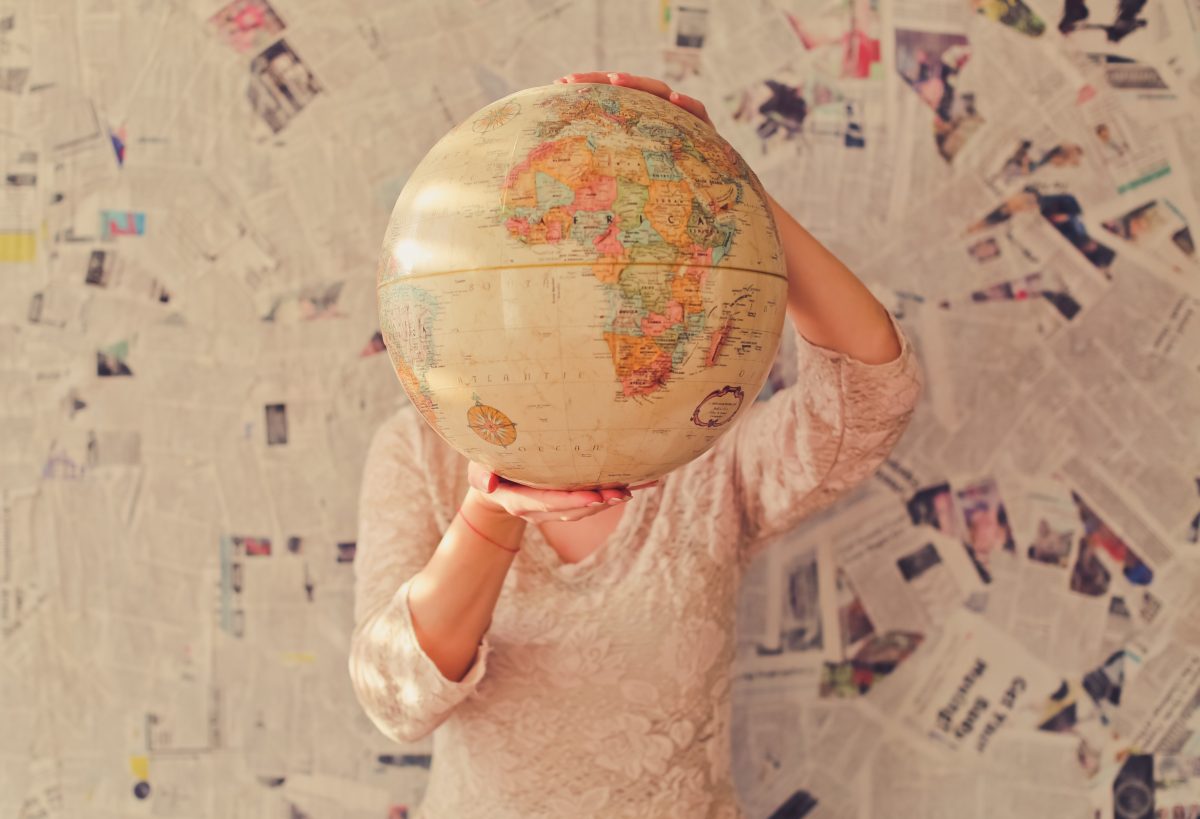 It’s sort of obligatory as a blogger to commemorate these sort of milestones right? Two years as a digital nomad, two years of living in Mexico City, looking back over the year, and yes, living abroad for 8 years.

But that actual milestone was well over a month ago. I moved abroad on September 2nd, 2010. It passed like any other day. I was massively stressed because I hadn’t been working much over the summer and I was only back in Mexico City for a week before I had to head off to New York for a conference.

I figured I’d just let the milestone pass without talking about it because what’s 8 years compared to 7 or 9?

But then I was talking to a new friend the other day about this whole journey I’ve been on in the last 8 years. We were recording a podcast episode (you should listen to her first season, Strangers Abroad Podcast. It’s one of the most beautiful travel podcasts I’ve ever listened to).

It’s a story I’ve told countless times, one I nearly have memorized, with pauses for the inevitable reactions of those hearing it for the first time. 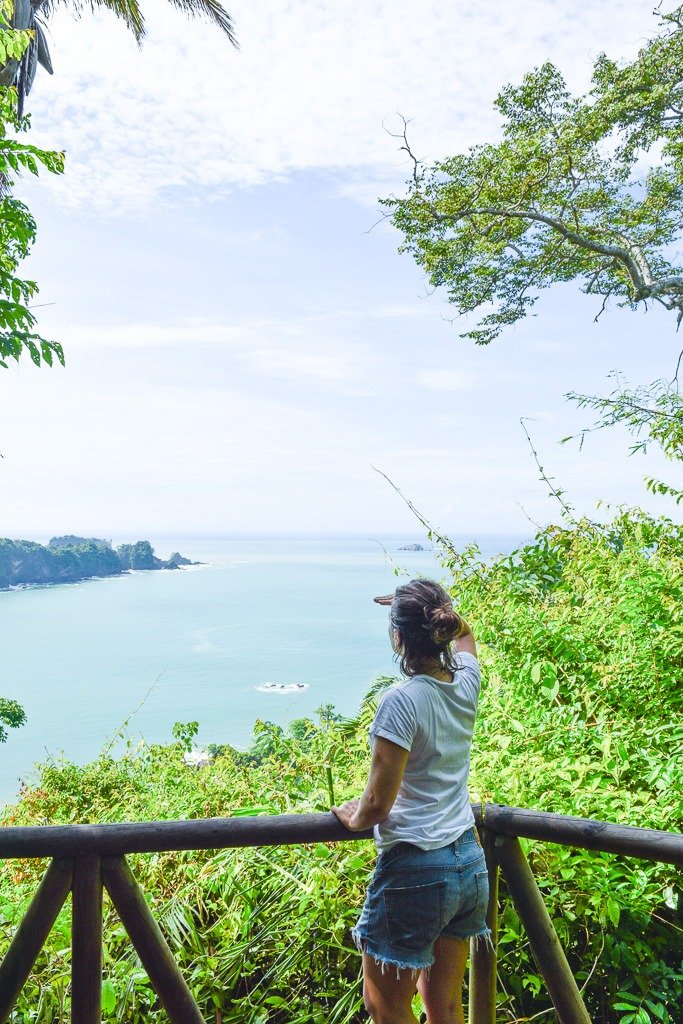 I don’t mean this to sound like it’s not a big deal. I know for many people moving abroad feels enormous. It feels scary and exciting and very much like a big deal.

For some people, it’s not only a big deal, but it’s also a necessity. They leave their country and move to new ones not because they want to, but because they have to. I remind myself constantly, especially as I get older, how lucky I am to move around the world because I can, because I want to, because I have that choice. I do my very best not to take that for granted.

Why I Left in the First Place

For those of you that are new here and don’t know the quick version of why I moved abroad in 2010, let me recap for you.

We’ll have to start the story in 2008 when I studied abroad as a junior in college. I went to Switzerland, to a smallish city called Saint Gallen. It’s about an hour east of Zurich.

A few weeks into the semester, I met a guy from the UK. We hit it off. We spent all of our free time together and almost all of the time when we weren’t free for that matter (we both failed a class and had to make up the credits the following semester…).

When Christmas rolled around and my semester in St. Gallen was over, we said dramatic, teary goodbyes.

This was before smartphones, guys. We couldn’t just text or send Whatsapp messages. We emailed each other, we skyped, we sent snail mail and silly packages filled with candy and long, soppy letters.

We agreed that when we graduated in 2010, we’d meet on neutral territory. We chose New Zealand for ease of visas. We both got the year-long working holiday visa.

And so on September 2nd, 2010, I got on a plane to Auckland, New Zealand to meet up with this boy.

It Was Only For a Year

The funny thing is, we had no real intention of living abroad forever. Although, considering the fact that we aren’t from the same country, one of us was going to end up living abroad anyway.

The trip was only meant to be for a year. As a 22-year-old, I had every intention of living in New Zealand for 6 months, then spending 6 months traveling around South East Asia.

I was going to go to the UK and do a masters. I had my application ready, I had recommendation letters from professors and previous employers. I had loan information filled out.

But then we thought, why leave? Let’s stay in New Zealand for the whole year. We were having so much fun. We were traveling every weekend, we had well-paying jobs compared to the crappy pay we got as college students.

So we applied for the working holiday in Australia. I fell in love with Sydney. I ignored the fact that I hated my job, that I didn’t have that many friends. The beauty of that city makes you do that.

We stayed there for two years. When we ran out of visa options we were devastated.

We could have made that our forever home. It’s a sentence we’ve uttered many times over the years.

But thank goodness we moved on. This adventure was far from over.

The Year That Changed Everything

When I was talking to my friend the other day, she asked me what living in Korea was like.

It was the best and worst year of my life.

I’ve talked about how to get a job in Korea and the best type of jobs in my opinion.

Korea was hard. The culture was so incredibly different. I often found it difficult to accept things that were totally normal like grown men passed out in subway stations covered in vomit or being told “don’t question, just do” when I thought a certain teaching method was outdated and straight up harming the students. 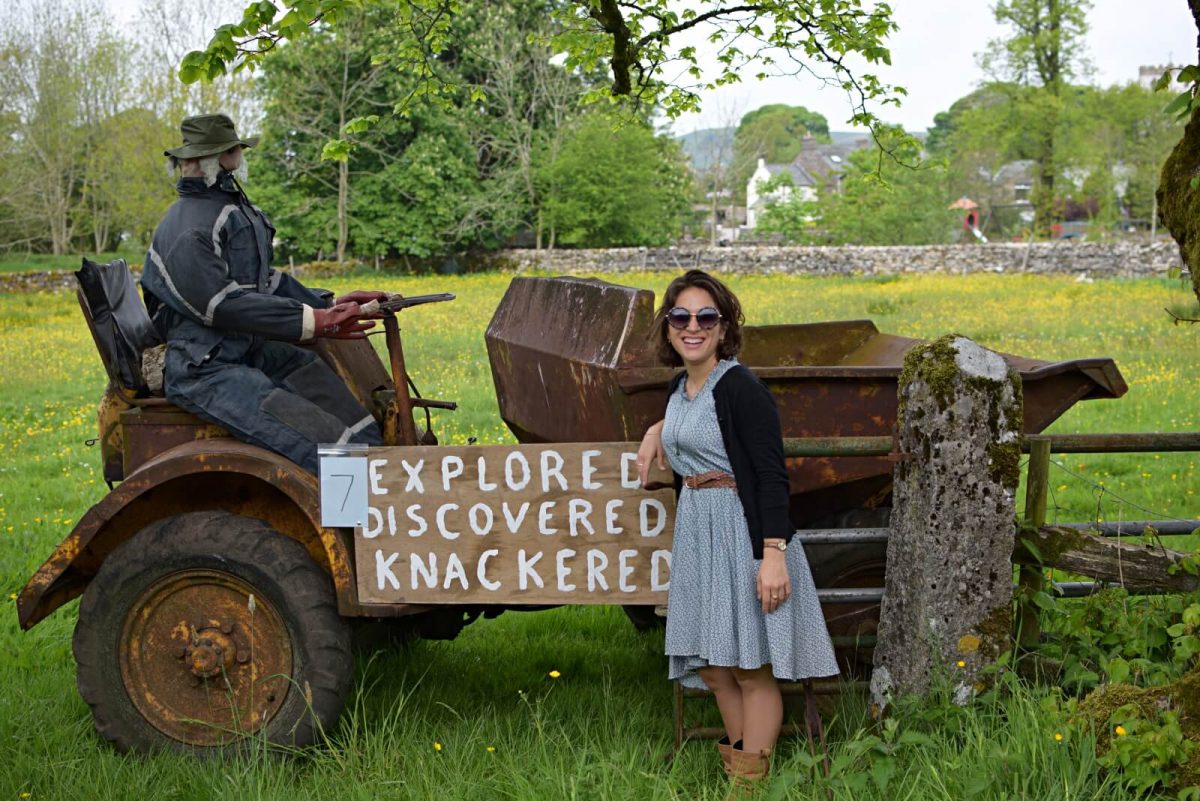 It was difficult to immediately stand out as an outsider. To have people completely ignore you because they didn’t think you’d be able to understand them.

But it was also wonderful. It was wonderful to meet such kind people. I lost count of how many times Luke and I were whisked away by complete strangers because we had to see this view, we had to try this drink, we needed to enjoy this home-cooked meal. People wanted us to see how wonderful their country and culture were and we definitely did that.

Living in a country that was so difficult, that pushed me so far out of my comfort zone changed my life.

I’m so much more confident than I was before I lived in Korea. I know what I want my life to look like more than ever. Korea was the driving force in me going full-time as a blogger and freelance writer. It gave me the courage to finally just do it because what’s the worst that could happen? 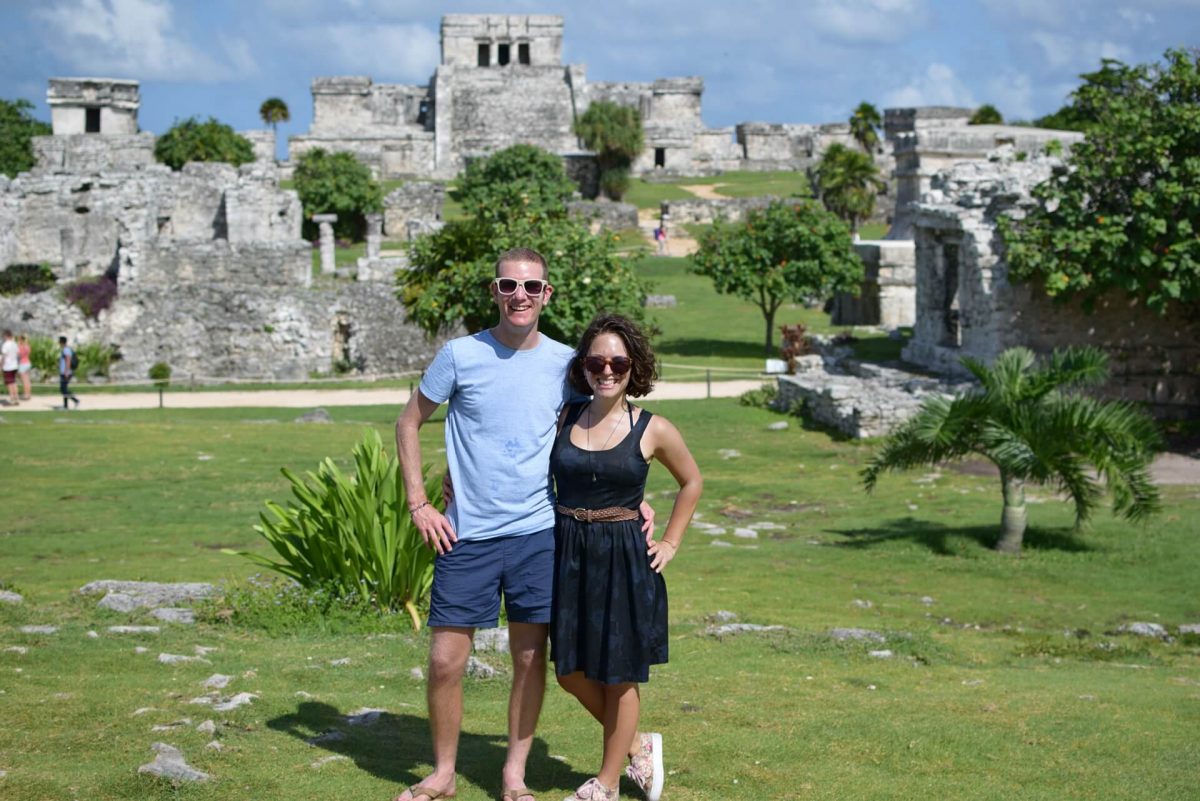 The main topic of the podcast that we were recording was about home and what that means. She asked me if I feel like I’m “going home” when I land back in New York. I paused because, well, what if my parents hear?

My initial answer was no, because well, it doesn’t really feel like I’m coming home. My parents live in a different house, in a different city to the one I grew up in. My siblings are spread across the country with families of their own now. My friends are quite literally all over the world. And while I love visiting everyone and catching up, spending quality time and being there, there’s nothing about New York that makes me feel like I’ve come home.

“Where is home then?” is the inevitable follow up question.

It’s not that simple. At least not for me.

I’ve met people over the years, other expats or travelers, who say that they arrived in X country and they just felt like they were home.

The idea that that might never happen to me was anxiety-inducing. Was I doing it wrong?

“As soon as I landed in Mexico for the first time, I just felt like this was the place that I was meant to be.”

It’s something that someone said to me last year and it really struck a chord with me.

I’ve never, ever felt like that about a place I’ve lived. I didn’t land in New Zealand and think, yup, this is the place I should be. Didn’t happen when I landed in Australia, didn’t happen in Korea or the UK or Mexico. It’s never happened in a country that I’ve traveled to even briefly.

Well, yes. When I wrote that post last month about getting off the plane and it feeling like home, I wasn’t lying. When I unpacked my stuff and got under the covers in my bed, it felt right.

But does that make somewhere home? Routine? Comfort? Ease? A comfy bed that you sleep in night after night? Then, sure, I’ve had A LOT of places that feel like home over the years. But I have a feeling that’s not what most people mean when they ask me where home is. 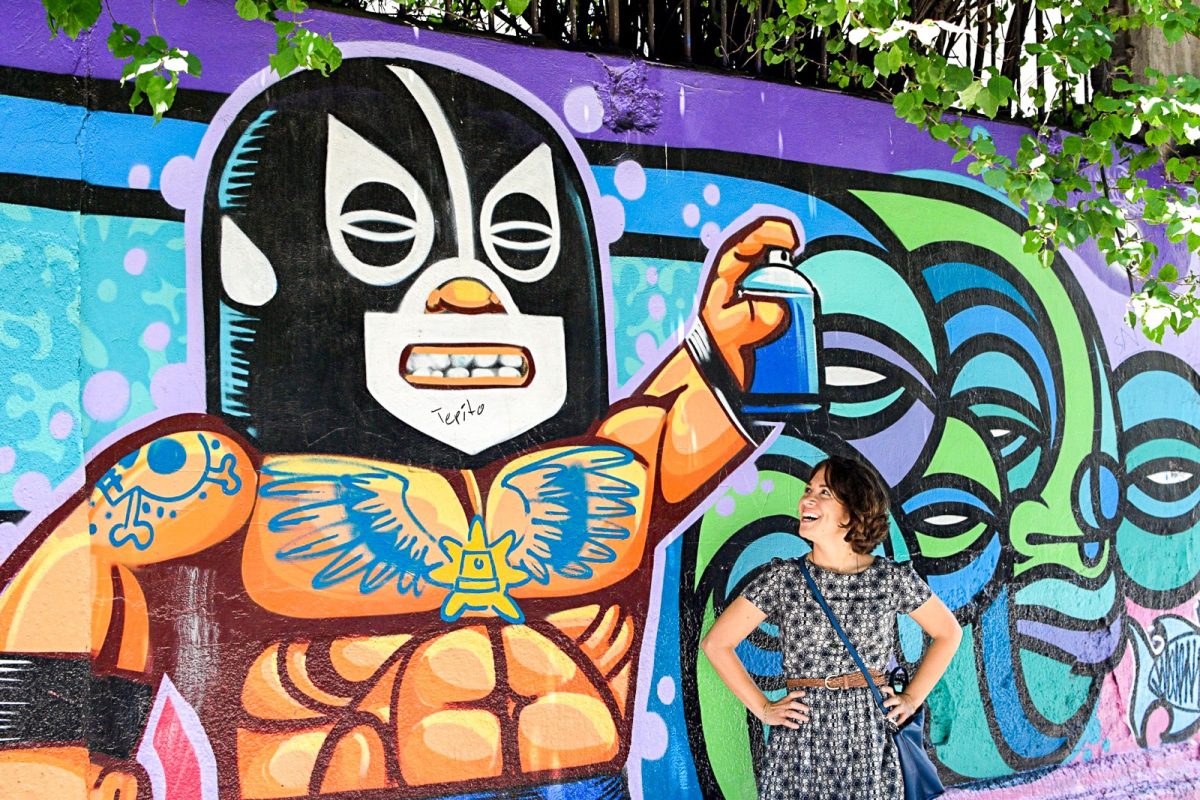 The older I get, the more experiences I have, the happier I become in my own skin, the more I appreciate the decisions I’ve made and the person I’ve become, the more I realize that home isn’t really that important to me.

It’s a word that travelers use to try to find some sense of stability I think. It’s a word that is tossed around SO much in the travel blogging sphere as well as amongst travelers that you meet if you’re on the road for any length of time.

It’s a question that I’ve been asked so many times that I was convinced that I needed an answer. The thing is, the answer really isn’t important to me. It’s a question people ask for themselves as much as out of a curiosity for my life.

It’s not something that keeps me awake at night. It’s not something I dwell on or worry about. I will continue to revisit my family back in New York and anywhere else that they end up, just as they visit me wherever I end up. I’ll follow friends across the world and they’ll follow me. I’ll move to a new country several more times, I have no doubts about that, but their permanence in my life doesn’t weigh on me.

After two years, I am perfectly content to stay put, but that’s exactly the sort of sentence that gets my skin itching.

Where’s the fun in that?

I love this country. There are certainly other cities and states that I could happily live – Oaxaca, Puerto Escondido, Merida, probably Guadalajara or Chiapas.

I don’t actually believe those things. In fact, the older I get and the more I move around, the more I travel, the more I realize that this word, home, it’s just a word. It’s a word that makes us feel content and comfortable and like where we are is enough.

So I’ll stay here, in my apartment, my home, until I move on to somewhere new.