Skip to Content
New Years in Mexico City isn’t exactly the party you may imagine it to be. It’s not really like New Years in New York or London or Sydney. Although the city is doing more and more each year to bring tourists to the city center, it’s still more of a family affair amongst the locals.

That being said, there’s still plenty of ways to have fun on New Year’s Eve in Mexico City. I’ll give you some insider tips on where to head for a good night out, what you’ll see if you head to the main square (zocalo) and what sort of traditions are around at this time of year that you may want to partake in.

For the biggest party of the night, head to the Angel of Independence. The road is closed here, there are tents set up with music, and you can see the fireworks from here, too. There are different DJs and stages all down the road – it really is a great party.

There are a few things you should be aware of if you plan to visit the Angel on New Year’s Eve in Mexico City. First, it is insanely busy.

It usually starts just after lunchtime (2 or 3pm) and goes on well into the new year. Look for signs and information posted along Paseo de la Reforma around the 29th and 30th of December which will usually give you the rundown of the events for the entire day on December 31st.

You can enjoy the music and fireworks display from the surrounding streets if it starts to feel too busy. If you want to enjoy it from one of the surrounding balconies or rooftop restaurants, be sure to call ahead and make a booking. Some you’ll find along the street are the St. Regis and the Marriott Reforma.

Like in any crowded place, use common sense. Men should keep their wallets in their front pockets. Women should use cross-body bags with zippers and keep your bag near your front in very busy places.

Don’t bring too much cash with you and leave valuable things like expensive cameras and most credit cards at your hotel (I usually only ever carry one at a time). 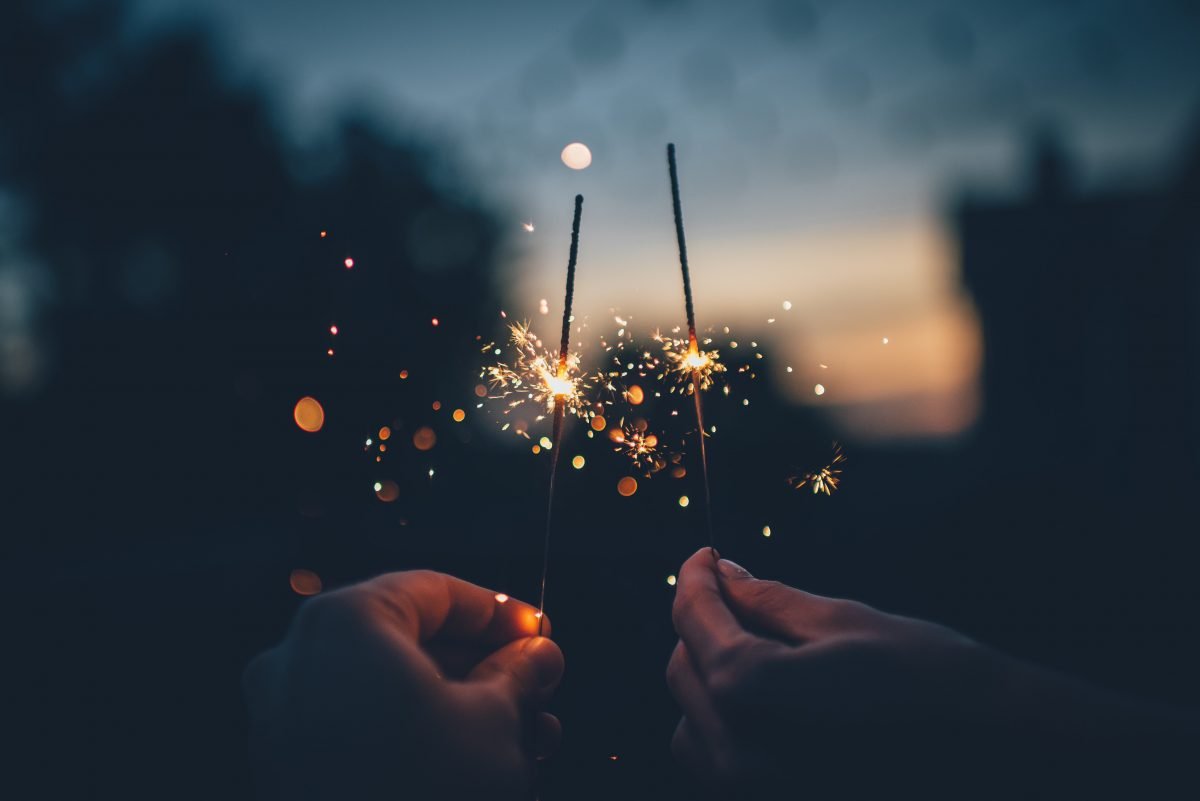 After midnight, traffic will be crazy.

Do not try to get an Uber or a taxi, it will be nearly impossible and even if you do, you’ll be sitting in gridlock traffic for ages. Walk away from the action toward Roma or Condesa – it’s only about 30 minutes to each neighborhood.

It’s worth noting that there used to be a big celebration in the Zocalo. There’s no word on whether there will be more things going on there in the future, but for the past few years, the main celebration has taken place around the Angel of Independence.

Read: Uber in Mexico City – Everything you Need to Know

Where to Go After Midnight on New Years in Mexico City

This is when the party really gets started in Mexico City. If you want to go to a club, you will NEED to contact them in advance and possibly leave a deposit before you go (same goes for restaurants or bars you want to get into before midnight). Prices vary from free (for women at least) up to 1,000 Pesos or more depending on who you know. This usually includes certain drinks once you get into the club.

Places to contact if you want to get into a nice club after midnight are:

If you aren’t big on clubs, you can still enjoy plenty of partying after midnight on New Years in Mexico City. My favorite place to head is Tamaulipas in Condesa. It’s a street full in different bars like the Black Horse, Wallace Whisky Bar, and for those that love to dance, Pata Negra.

Grab some late-night tacos from Tacos El Greco or El Tizoncito to finish off a good night. 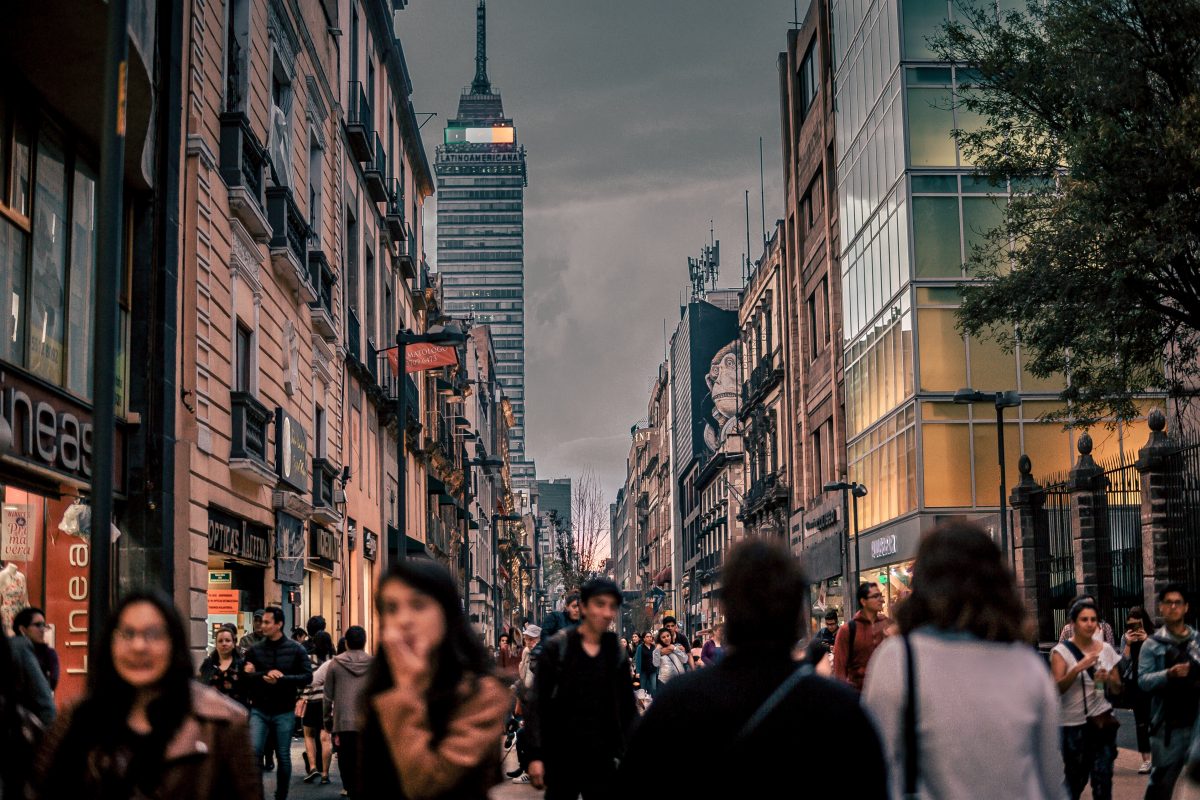 Where to Celebrate New Years in Mexico City for Non-Partiers

If you don’t want to listen to loud music and you want to avoid big crowds, but you still want to enjoy New Years in Mexico City, celebrate as the locals do – make a reservation at a restaurant in Mexico City and enjoy a decadent buffet.

Note: Do not use Opentable to make reservations for New Year’s Eve dinner. Almost all restaurants use a separate booking system for this night, so if you attempt to book, the reservation will confirm and then a few days later, it will fall through or be canceled by the app.

These are some of the best options for where to ring in the new year in a more relaxed, but still fun way:

If these are all booked out, try looking up some of the best restaurants in Mexico City and give them a call. Most good restaurants in the city will be putting on something for the festivities! 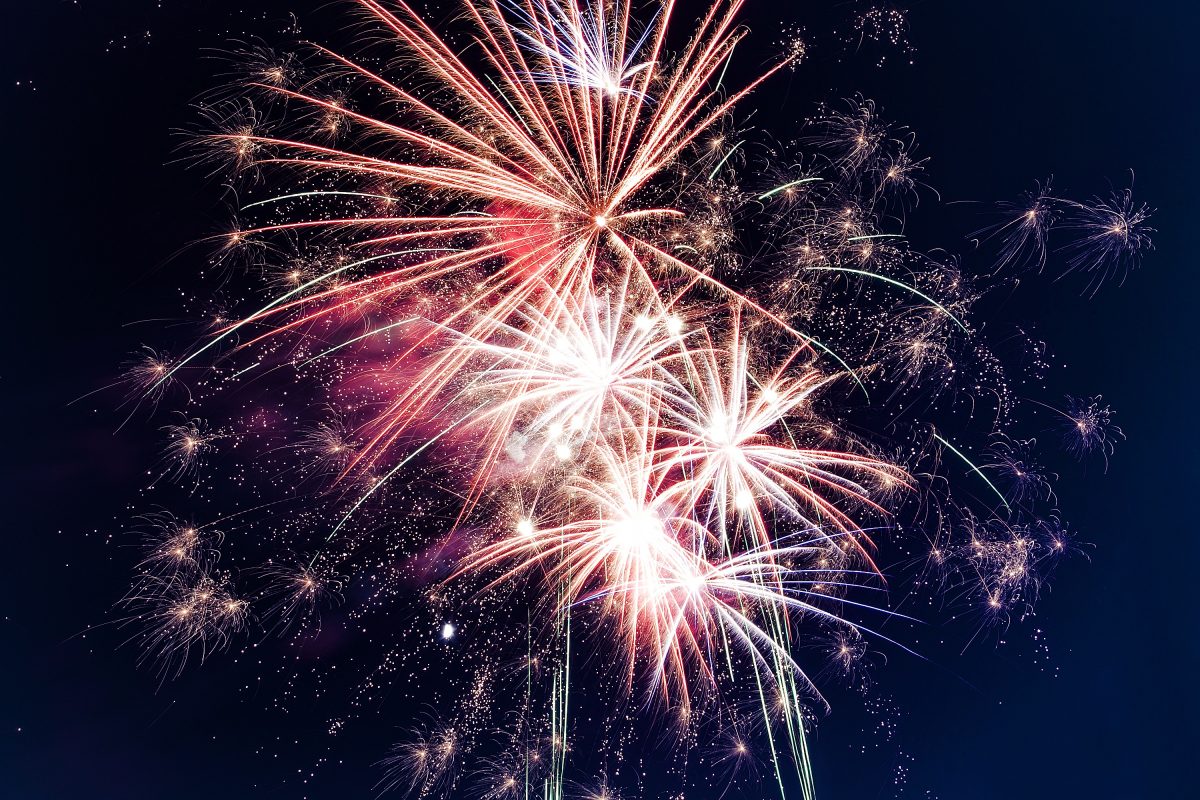 If you’re going to be enjoying the holidays in Mexico City, it’s always fun to get more involved and to learn about how the locals celebrate.

If you’re heading to Mexico City for Christmas check out my article on Christmas in Mexico City to get an idea of how Mexicans celebrate this huge holiday.

There’s a funny tradition in Mexico on New Year’s Eve that I’d never heard of until I moved here. Many people wear specific color underwear in hopes of different things in the new year.

For instance, red underwear is meant to attract love and passion in the new year. Yellow underwear will help you gain wealth and happiness.

In smaller towns and neighborhoods around Mexico, many people make a sort of scarecrow out of old clothes and stuffed with newspaper.

He is meant to represent el año viejo, the old year. They are usually burned at midnight and locals set off fireworks. If you are elsewhere in Mexico celebrating the new year, you’ll no doubt see these scarecrows sitting on street corners leading up to midnight.

Another custom you’ll most likely see, even at bars and restaurants around Mexico City, are grapes in your wine. If you eat a grape (or 12) at midnight, make a wish for every grape you eat. Those wishes will come true in the new year. 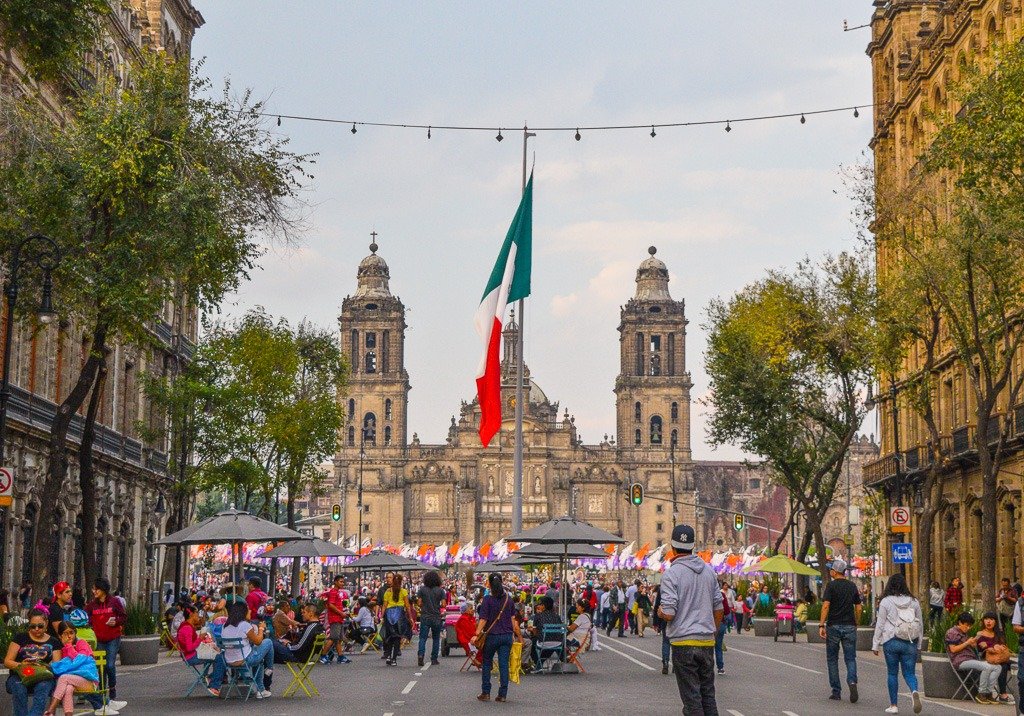 On New Year’s Day, most things are closed. Banks, government offices, and some museums will be closed. If restaurants are open, they likely will have different hours, opening later to accommodate for the late-night everyone had on New Year’s Eve.

Most tourist attractions are still open on New Year’s Day. You can expect major attractions like the Museum of Anthropology, Teotihuacan, and the Cathedral all to be open on January 1st.

If you’re still around on January 6th, you’ll be able to witness King’s Day.

It sort of marks the end of the holiday celebrations here in Mexico. Look for King’s bread, called rosca de reyes. It’s a sweet Mexican bread topped with candied fruits and always eaten on the 6th of January. 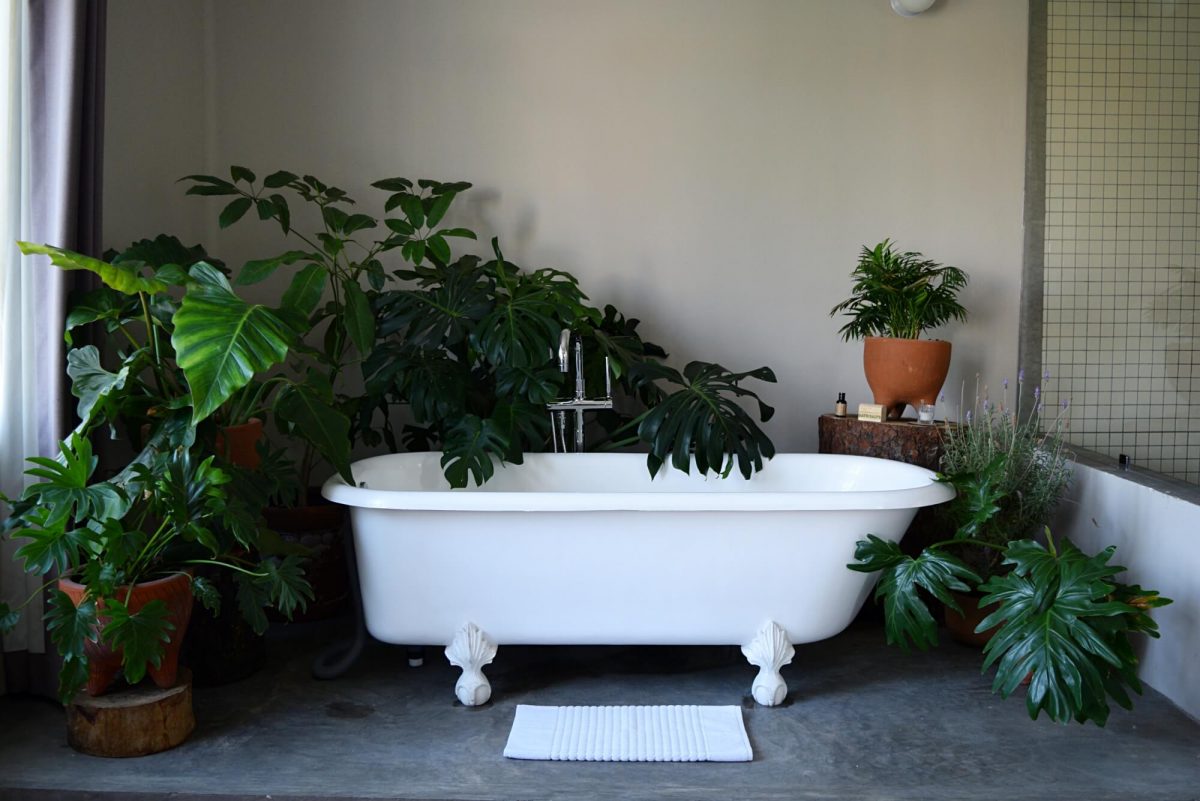 The most beautiful room at Chaya B&B

Where to Stay for New Years in Mexico City

Depending on what your plans are, you’ll want to try to stay as close to the action as possible. There are dozens of great chain hotels on Paseo de la Reforma which will make it incredibly easy to get to the party on New Year’s Eve. These are my favorites in that area:

If you prefer something smaller, there are some incredible boutique hotels in Mexico City. I have written comprehensive reviews on Chaya B&B in the Centro Historico, La Palomilla in Roma Norte, and Condesa Haus in Condesa.

I also recommend these if you plan to head to the clubs around Polanco and Las Lomas: 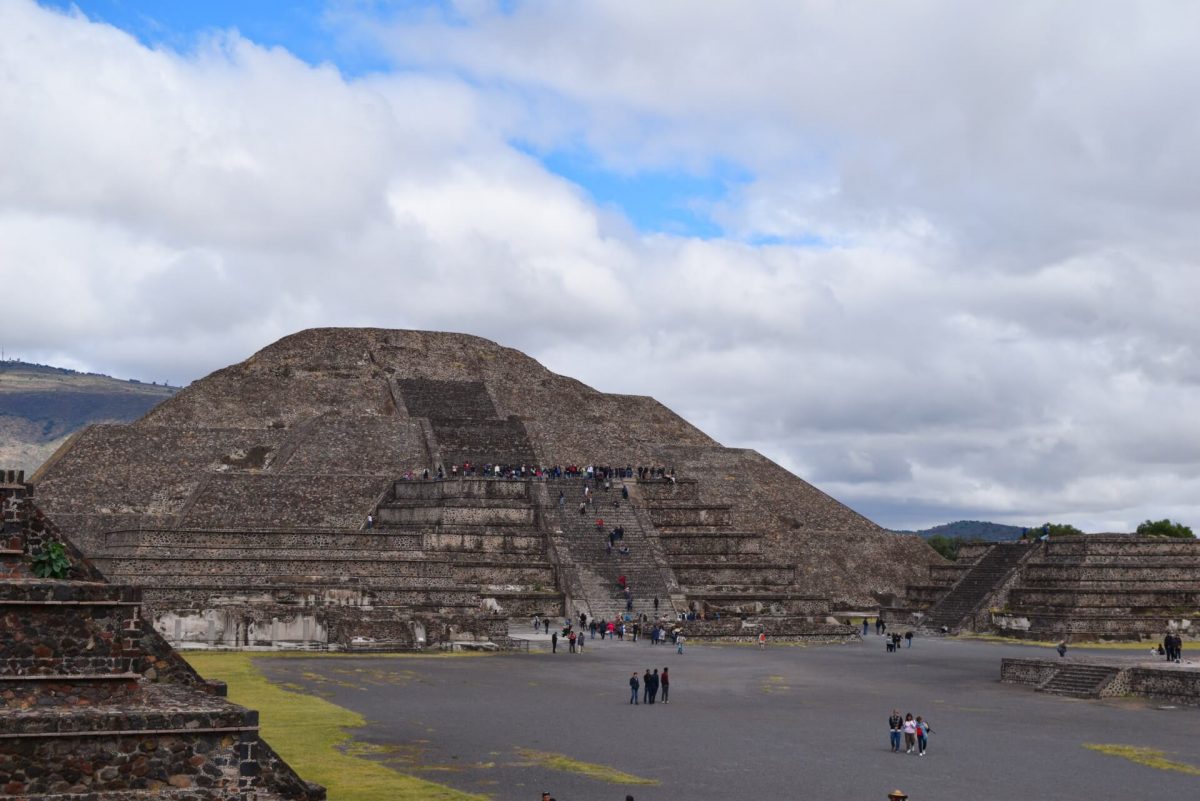 Get a Copy of Mexico City: A Travel Guide

Earlier this year I published the most comprehensive and up-to-date guidebook available on Mexico City. It covers the best street food, restaurants, boutique hotels, and under-the-radar things to do around Mexico City.

You can grab a copy here. 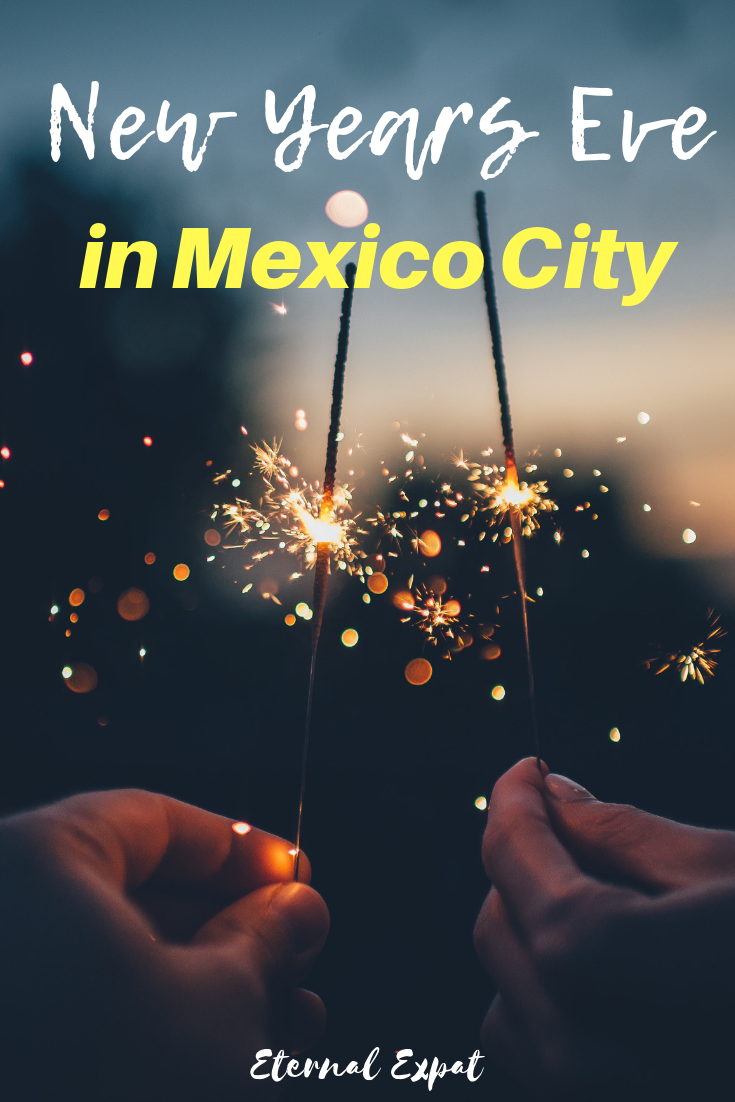 Are your prices for the hotel buffets in USD?

Yes, those prices are USD.