The best restaurants in Puerto Vallarta just might be some of my favorite in all of Mexico.

Just thinking back to all of the amazing food we had in Puerto Vallarta makes me want to get back on a flight.

Not to mention the warm weather, the perfect sunsets, and the plethora of craft beer on offer. Puerto Vallarta had some of the best seafood I’ve had in Mexico (until I went to Ensenada that is!) and I couldn’t wait to share all of my finds with you guys.

I was actually really surprised that when I searched for the best restaurants in Puerto Vallarta, there wasn’t much information out there.

One of my favorite reasons to come to a beach town in Mexico is for fresh seafood. I love a cold ceviche, a spicy fish taco, and trying new-to-me seafood dishes like octopus. There was definitely plenty of that on our trip to Puerto Vallarta.

The majority of the restaurants on this list are either located in the 5 de Diciembre neighborhood or the Romantic Zone. Both are chock full of restaurants and bars and it’s very easy to walk between the two neighborhoods which are connected via the Malecon (boardwalk). 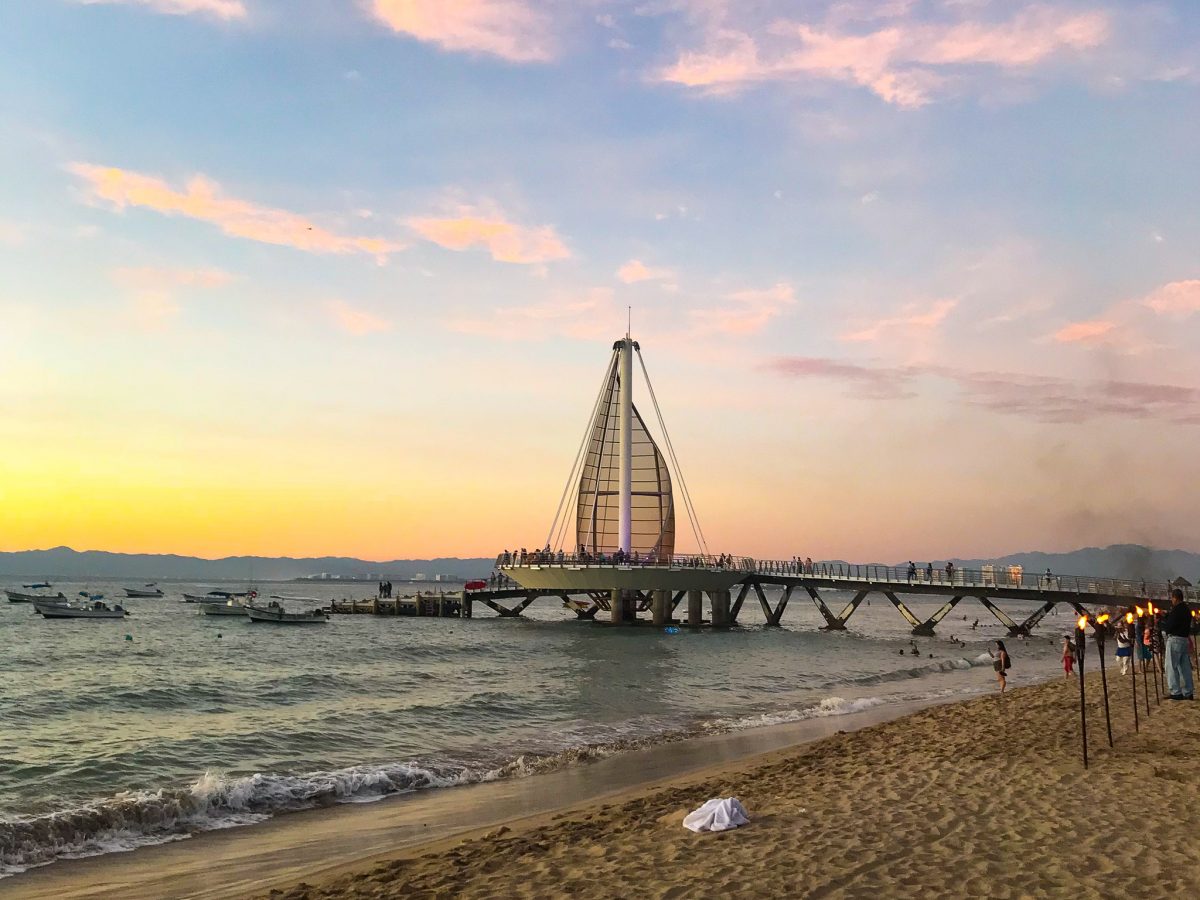 The sunsets in Puerto Vallarta were some of the best I’ve ever seen anywhere in the world!

Where to Eat in Puerto Vallarta

Pretty much every restaurant on this list is a budget-friendly seafood or taco spot.

I wasn’t consciously trying to avoid expensive restaurants, I just find that in Mexico, the best food is served close to the street in small family-style restaurants. That was certainly true in Puerto Vallarta.

My favorite restaurants in Puerto Vallarta usually had a street cart out front where the prep was done and none were too far a walk from the beach. Also, although all of these places are seafood restaurants, most had one or two options for people that don’t love seafood (not many were veggie friendly, though).

This was one of the first places we tried in Puerto Vallarta.

There are a few locations, but the easiest one to get to if you’re staying in the downtown area is located in the 5 de Diciembre neighborhood. It’s mostly a lunch spot and I highly recommend getting here early because the tables filled up quick, especially on weekends.

The only thing on the menu is burritos and the best one to start with is the marlin.

It’s smoked marlin wrapped up with a few different sauces and salads inside. It is piping hot and the smoked marlin to salad ratio made it so that it didn’t feel like too much (if you’ve had smoked marlin tacos before you know what I’m talking about).

It’s also a great option if you’re on your way to the beach – you can get a few of them to go and enjoy them with your feet in the sand. 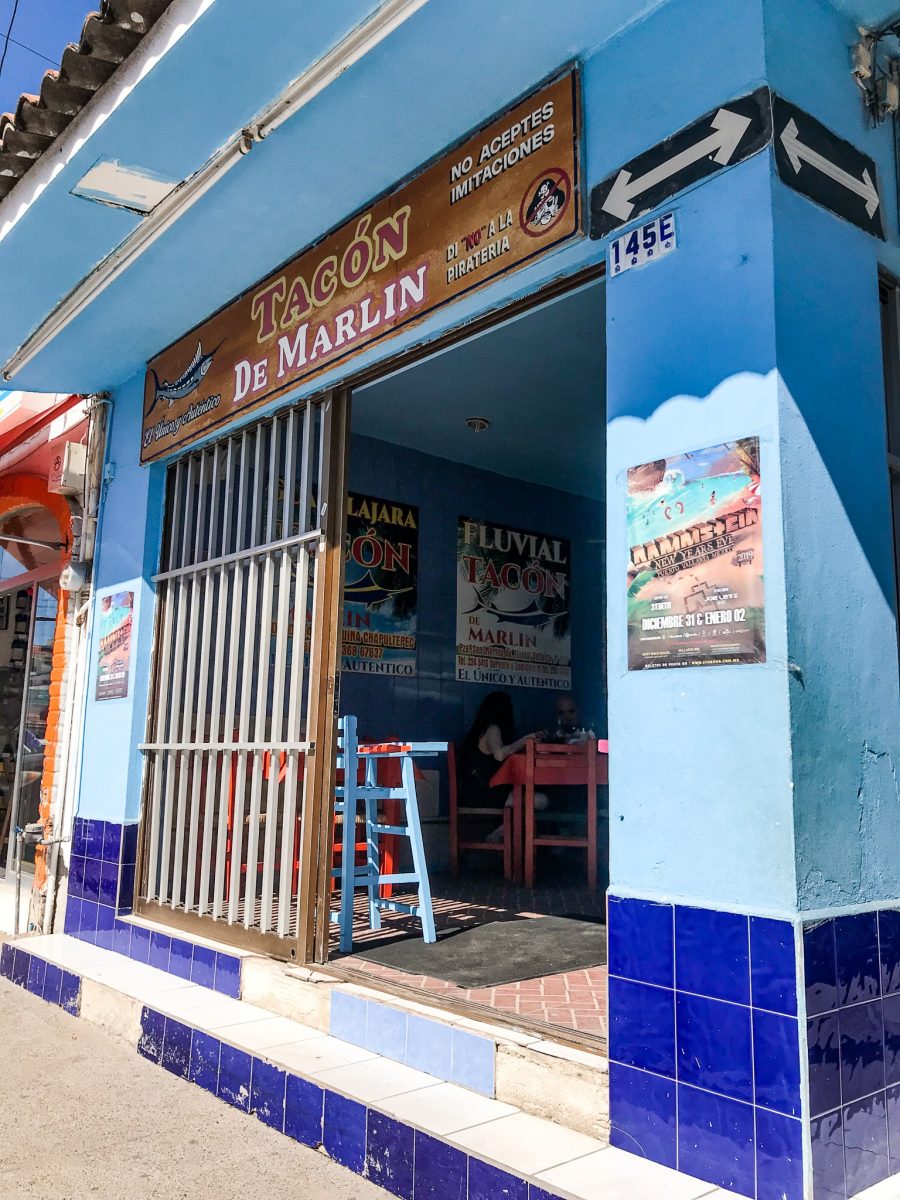 The outside of Tacon de Marlin

This is perhaps the most famous mariscos, or seafood restaurant in the romantic zone. The local food tour company stops here and when you search for seafood in Puerto Vallarta, this is one of the first ones to come up in Google.

For good reason – they’re churning out fresh ceviche, two types of fish tacos (fried or grilled) plates of whole fish, and plenty of other platter options.

They also have a fridge full of ice cold beer, which goes perfectly with a few of their grilled shrimp tacos. 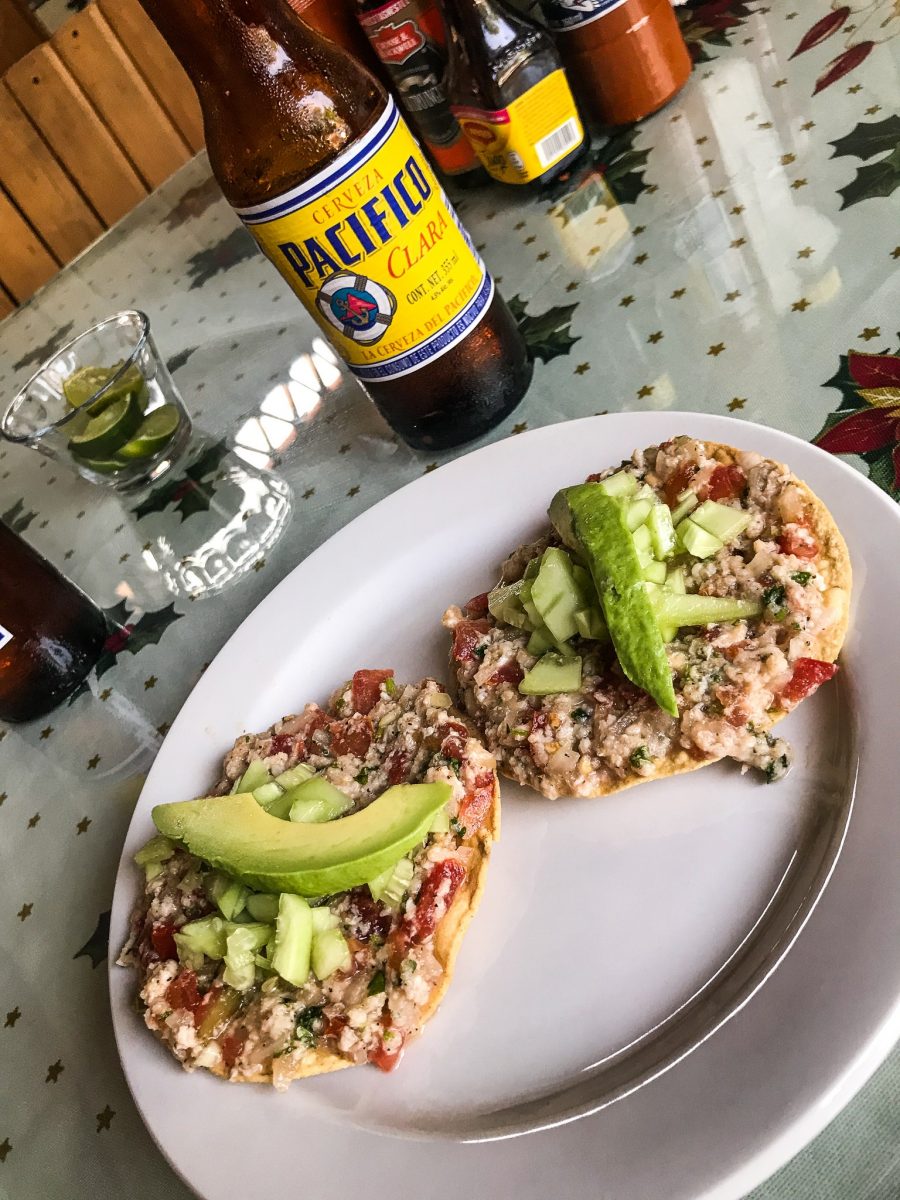 If you’re in Puerto Vallarta for long enough, you’ll probably notice that most mariscos restaurants in the city have pretty similar menus, but the preparation and quality and vary greatly.

I actually only ended up at Mariscos Cisneros because I tried to go to El Guero (above) and it was closed.

I’m SO glad that I stumbled upon Cisneros because the quality of their seafood and the way they cook their fish made it my favorite lunchtime spot in Puerto Vallarta.

The reason Luke and I ended up back here more than once was definitely their shrimp and octopus quesadillas.

I’m not usually a huge lover of cheese with seafood, but the flavor was just right. They cooked up the seafood with onions and poblano chilis and served it all with a few different sauces to choose from. 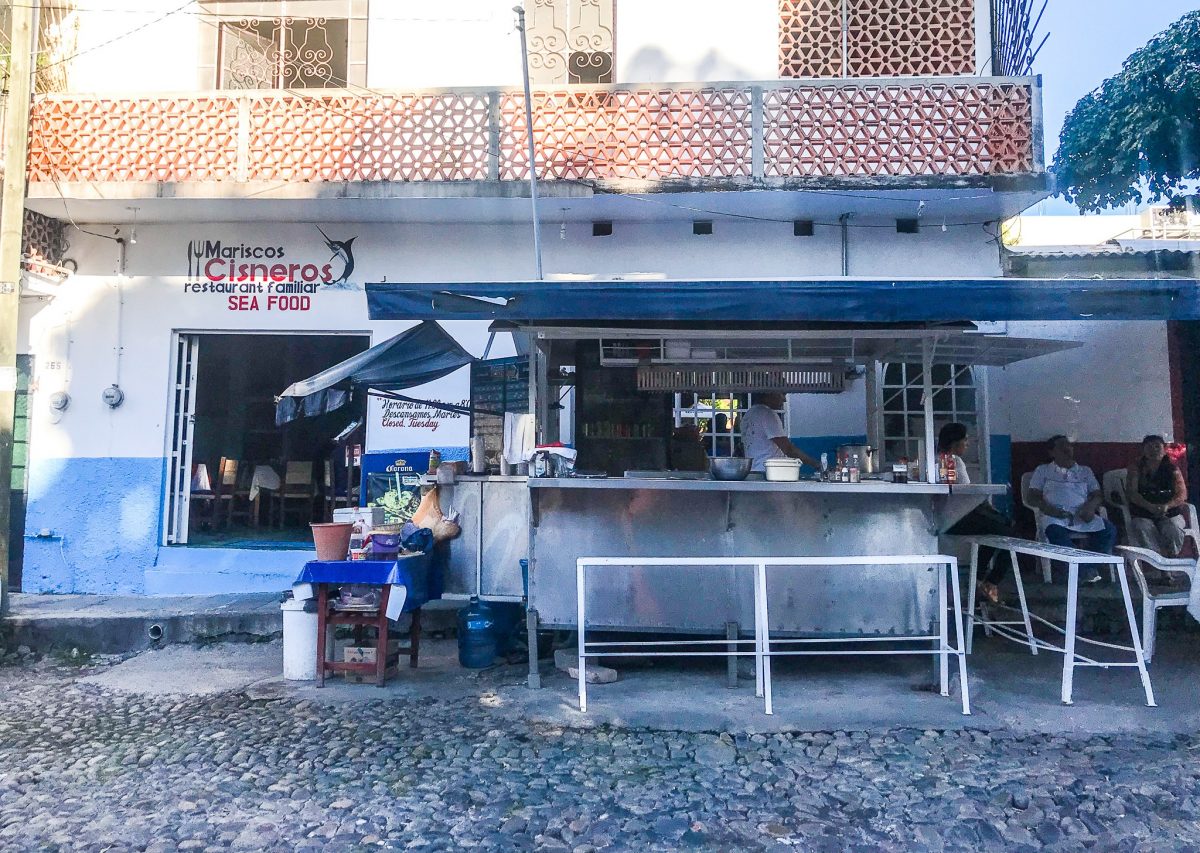 The outside of Mariscos Cisneros, a must visit when you’re in Puerto Vallarta (in my humble opinion)

If you’re staying in 5 de Diciembre you can’t miss out on this street stall.

They also have a restaurant inside, but the street stall outside is where everything is prepared.

I absolutely loved their aguachile, a spicy shrimp sort of ceviche dish. It was salty and fresh and served with plenty of avocado and tostadas.

They also made one of the best octopus tacos we had in Puerto Vallarta.

They simply cooked up the legs with a little bit of onion and a few spices and served it in a tortilla which you could then fill with sauces of your choice. It was simple, but really allowed you to enjoy the texture and flavor of the octopus. 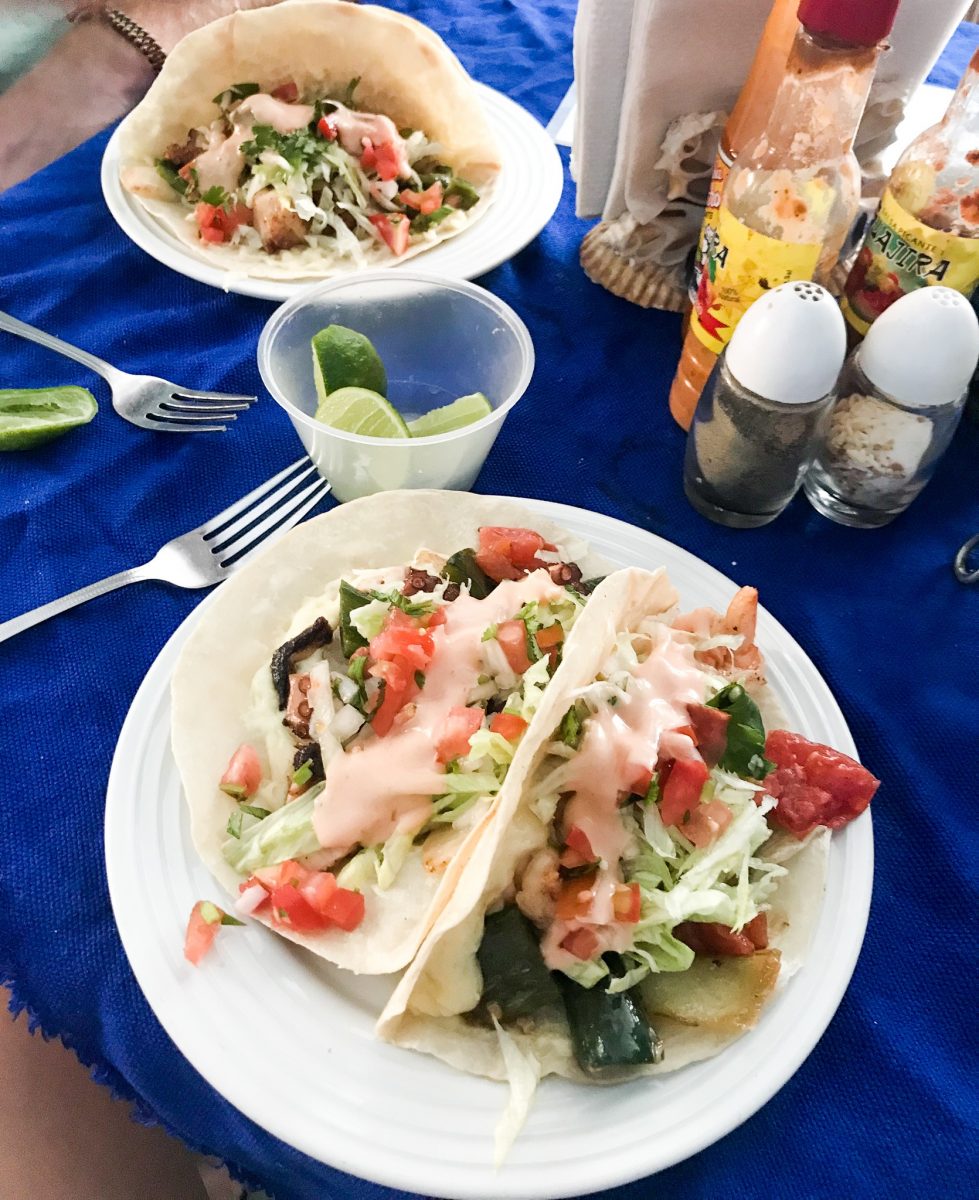 I didn’t get a chance to try this place, but everyone we met recommended it to us.

It’s similar to La Tia in that it is basically a food stand with a small restaurant. However, you can just as easily enjoy the fresh seafood streetside.

Most people told us their favorite things here were the fish tacos and the ceviche. They also have a nice selection of shrimp and octopus options on the menu. 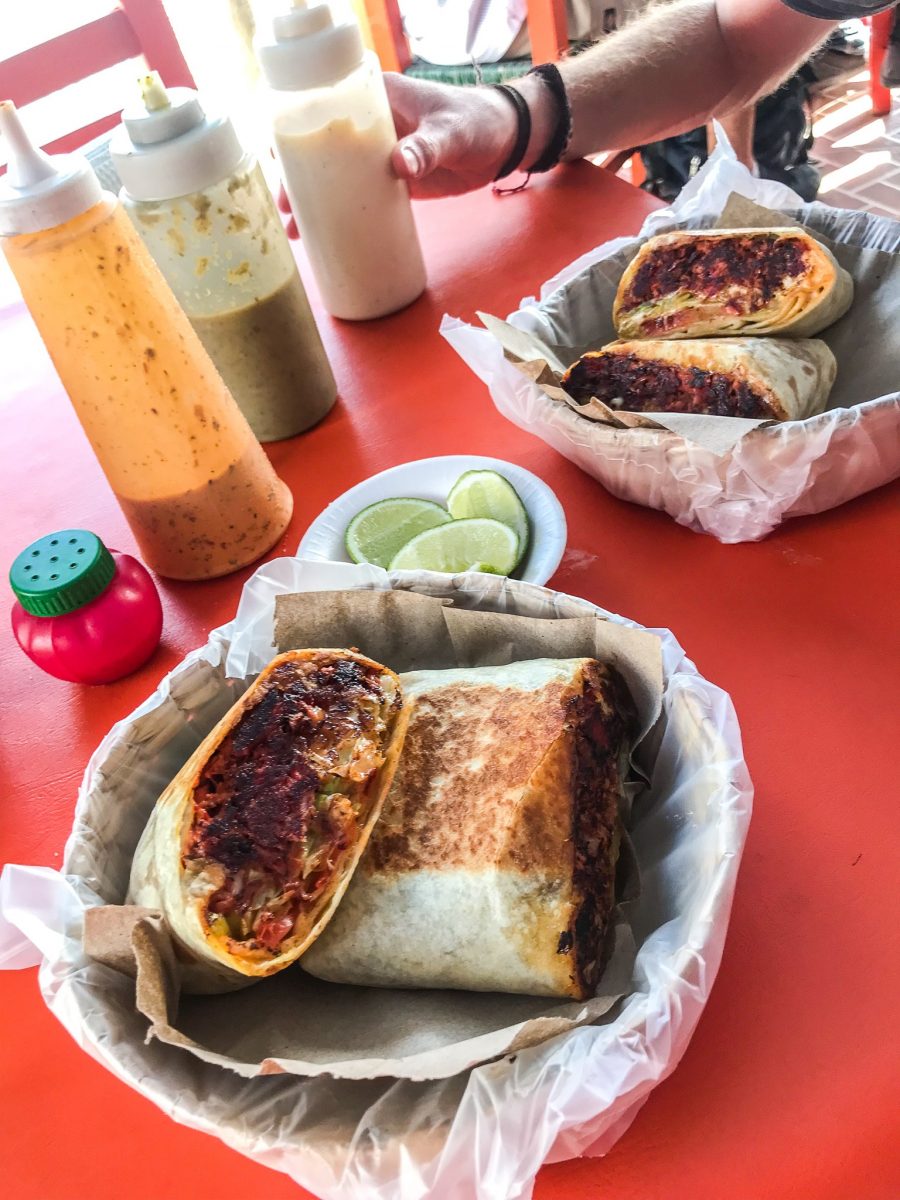 Marlin burritos – they were on the menu in most seafood places and even in late-night taco spots! I really love the smoked marlin you find around coastal towns in Mexico.

If you’re looking for a place that’s a little more upscale (while still being incredibly affordable), then you can’t go wrong with Barracuda.

Several people who live in Puerto Vallarta all said this is the best place for a really good seafood meal and they were right.

We went here on our last night in town and it was the perfect way to end our trip.

We shared the shrimp starter which was a pan full of perfectly seared shrimp served with a delectable buttery/garlic sauce and plenty of bread and butter.

Almost everything on the menu is served in the pan, which kept everything hot without somehow making the seafood overcooked and rubbery.

I had the casserole for my main course which had fish, octopus, shrimp, and scallops in a really delicious chili sauce. Luke had the octopus with Spanish chorizo and it was also fantastic.

One of my favorite things about this restaurant was that there’s seating on the beach. They have several tables where you can quite literally dine with your toes in the sand and it was magical. The cocktails were pretty special, too. 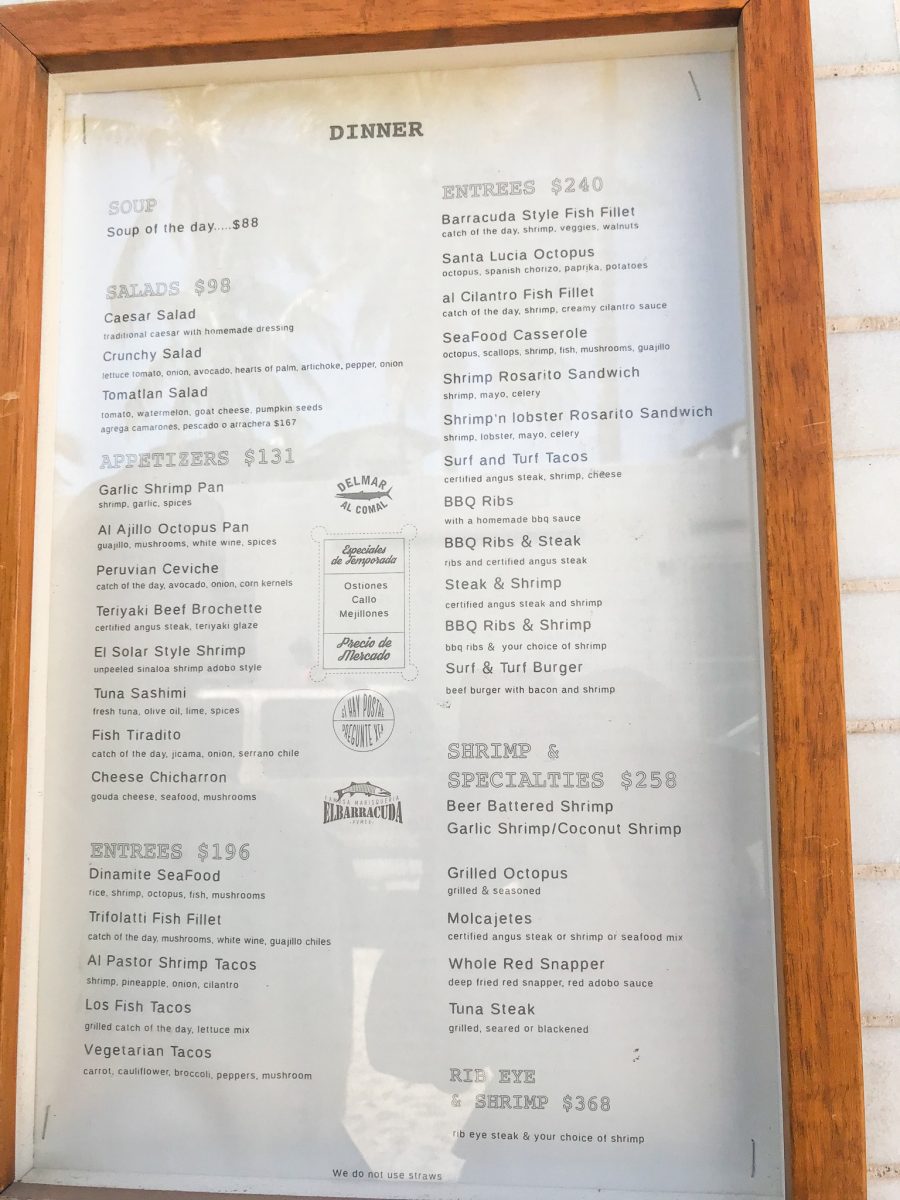 The dinner menu at el barracuda in Puerto Vallarta (a few non-seafood things on there!)

I had to add at least one non-seafood option on here!

This was one of my favorite late night spots. They make one of the most delicious birrias I’ve ever had (it’s made with beef here, not goat). I had it both in a taco as well as in a burrito and both were absolutely delicious.

Their suadero and pastor tacos were also worth having. They serve beer, cold agua frescas (I especially liked their jamaica), and sodas. 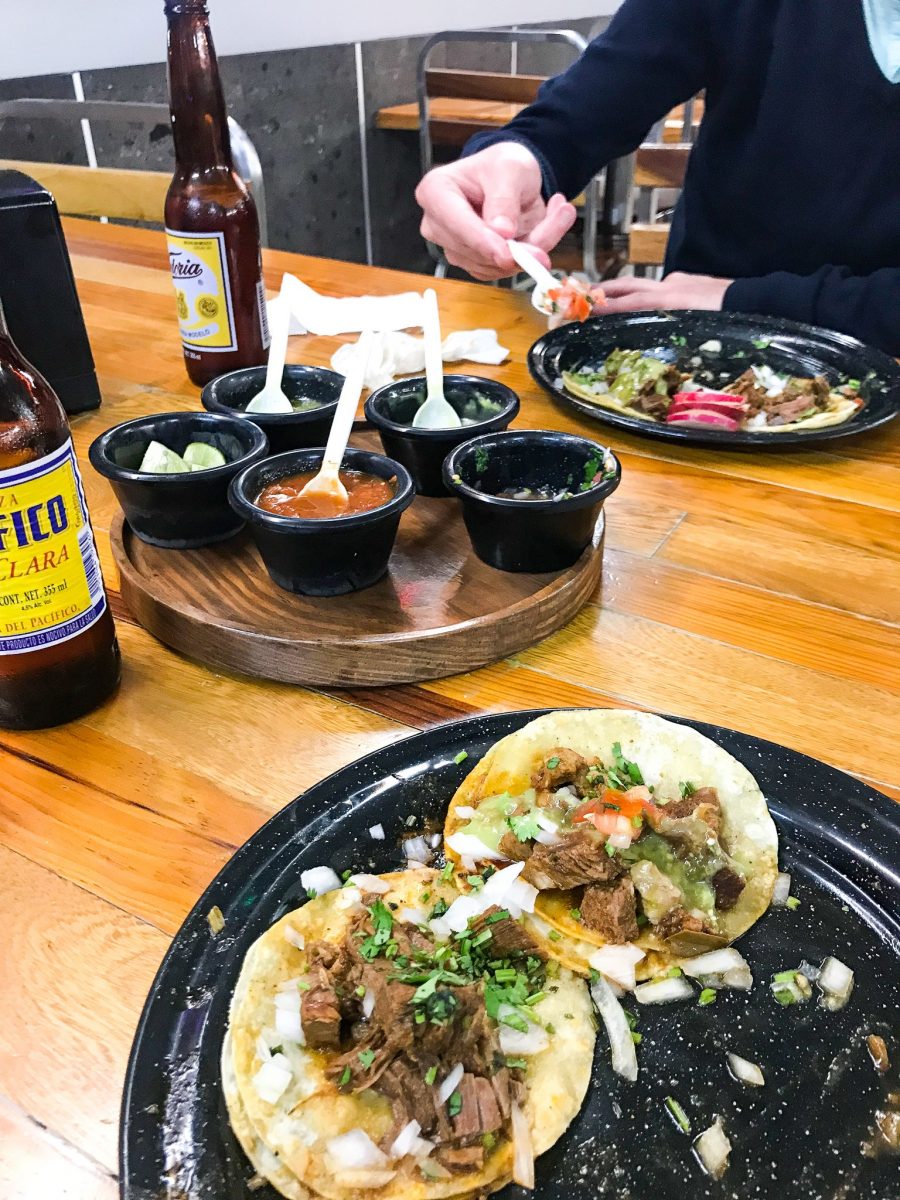 Google seems to believe that this place is called Tacos de 5 Pesos.

While yes, the tacos are only 5 pesos each, I’m pretty sure it has a real name. In any case, head to this location at pretty much any time of day. I saw it open in the morning and ate here late at night, so it could very well be a 24-hour sort of place.

There are three taco options here, but the asada was by far my favorite thing to get there.

It’s steamed under a little sheet and it was so incredibly tender. We tried all three options, two of which are beef and one of which is pork. They were all delicious, but the second time I stopped here for a few tacos, I only had the asada. There are tons of sauces to choose from.

It works slightly differently than most taco stands I’ve been to.

You need to order and pay where it says to on the sign. Tell them how many tacos you want and then you pay for them before you get them. The person you pay then gives you a piece of paper with a number on it.

You have to listen out for that number to be called. Once it’s called, you then hand that paper to the cook and tell him which tacos you want. All three types are 5 pesos, so you don’t need to specify when you pay. 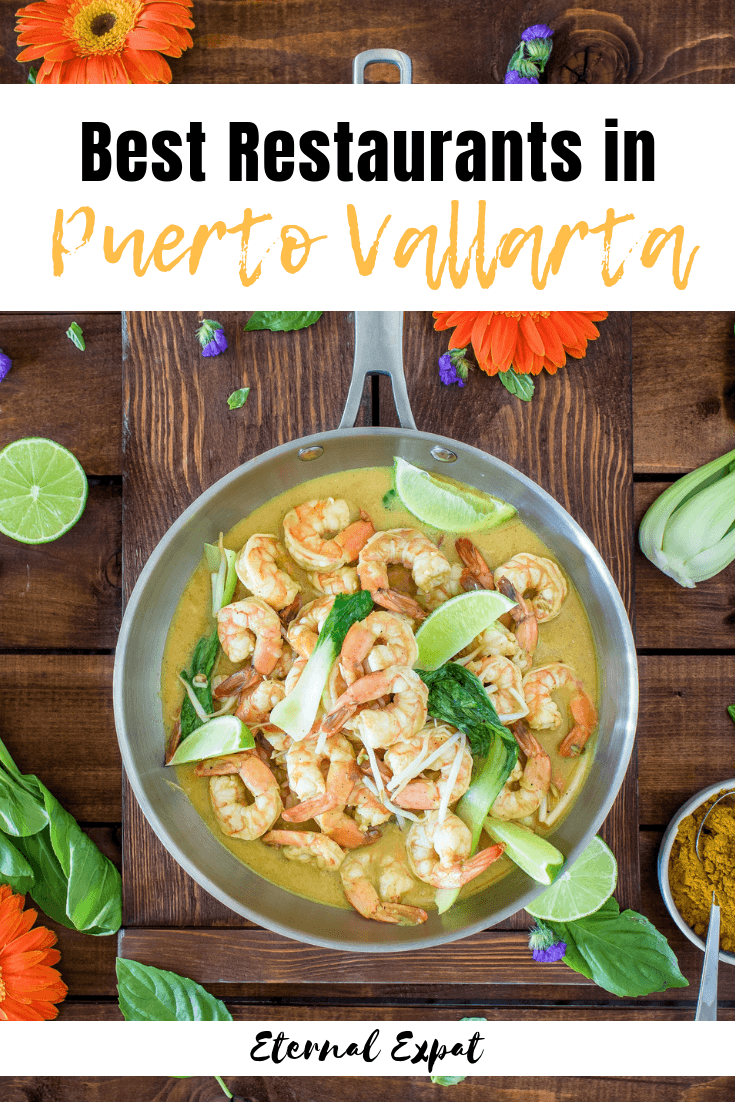