There are so many movies about Mexico out there. Whether you want one that’s set in the country so that you can see more of it or you want a movie that digs deep into the culture and history, this list covers all of the best movies about Mexico to inspire (and educate) you for your next trip to Mexico.

The 10 Best Movies About Mexico 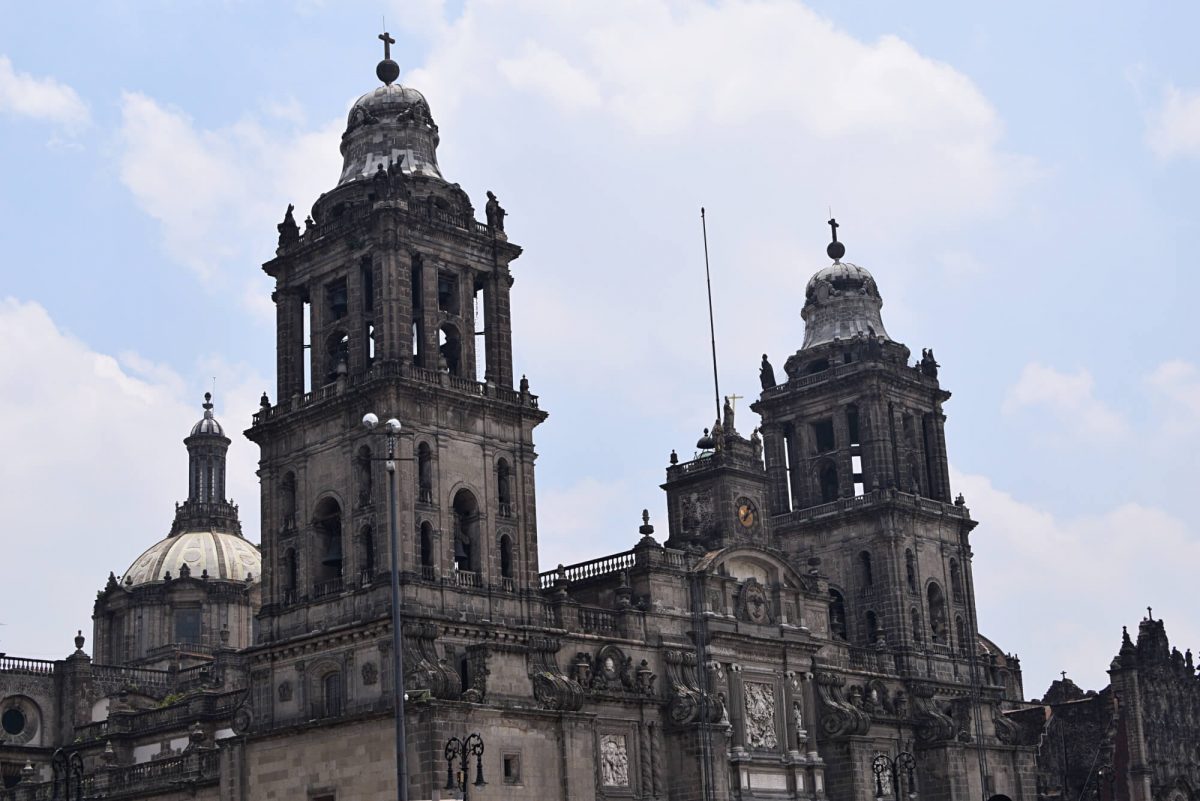 Okay, this is not a movie about Mexico. However, it is a movie that takes place in Mexico City.

It’s also the movie that sparked what has become the country’s most famous Day of the Dead parade.

At the start of the film, Daniel Craig is walking along Calle Madero to the Zocalo. He heads inside the Gran Hotel Ciudad de Mexico and along the terraces of the buildings that surround the Zocalo.

While this is happening, there is simultaneously a very large Day of the Dead parade making its way to the main square.

Before this movie came out, there was no Day of the Dead parade in Mexico City. Since 2016, there has been a huge one every year. Coincidence? I think not.

I watched this movie about Mexico and Mexican culture for the first time on a bus.

It’s something of a cult indie film. It’s shot entirely in black and white and is completely in Spanish, so you’ll need to watch it with subtitles if you don’t speak Spanish.

However, it’s a really interesting look at how some young people felt during the UNAM strikes in the 70s.

A boy is sent to live with his older brother in Mexico City and the students make their way around the city in search of a famous musician whose whereabouts are unknown. During this time they get entangled in the student protests.

This is not exactly a happy movie about Mexico, but it is an account of the events that took place on October 2nd, 1968.

There are a lot of mixed emotions and stories around what really happened in on this day, but there’s no denying that many young people lost their lives in a mass shooting while trapped in a small square in the Tlatelolco neighborhood.

You can now visit that plaza which is called Plaza de Tres Culturas. 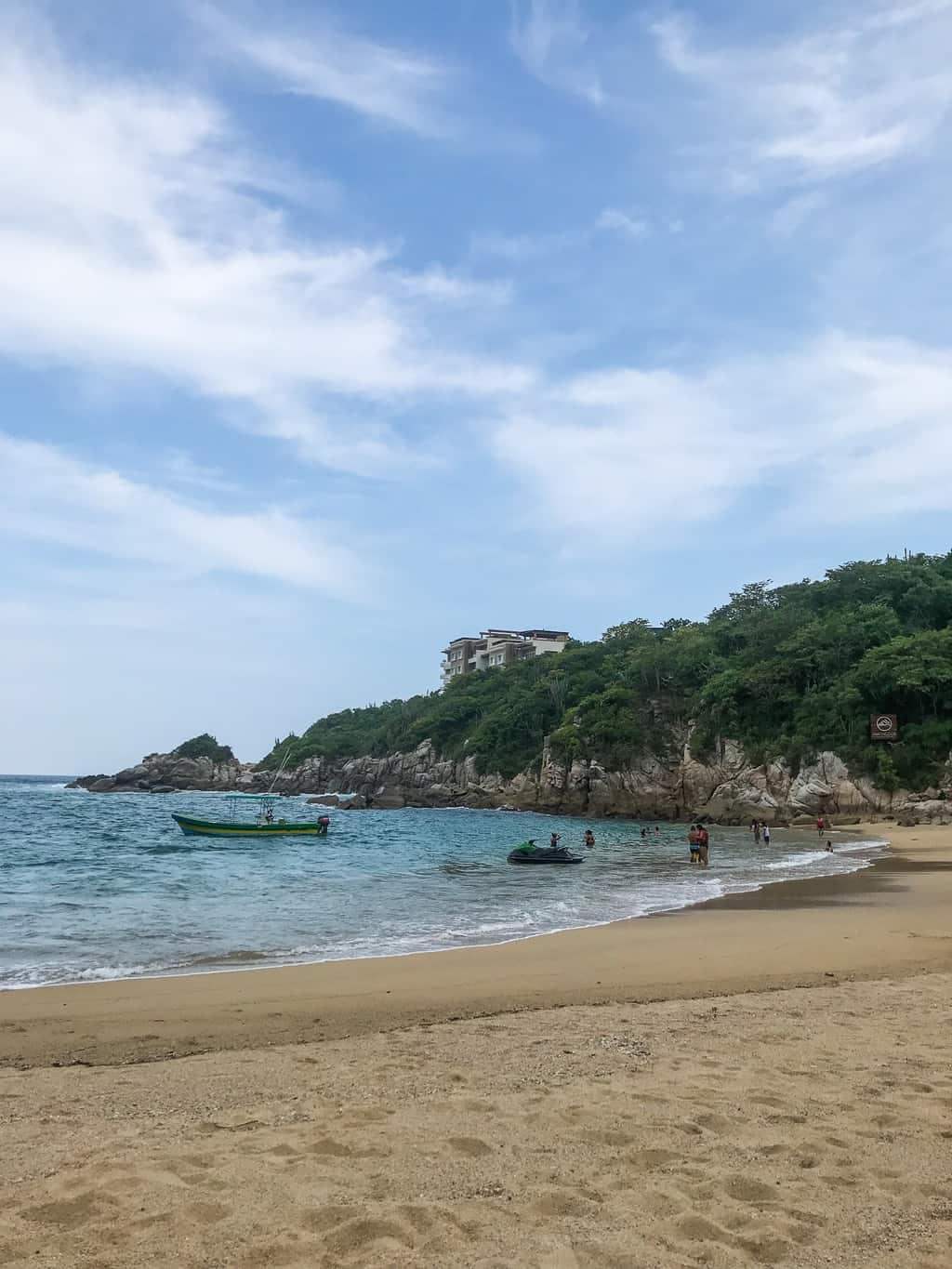 The beach town of Huatulco, where Y Tu Mama Tambien was filmed

It’s the story of two teenage boys who take a road trip. They meet an older 20-something woman. Among other places, the film was one of the first to make the beachtown of Huatulco somewhat famous.

Many people actually go to Huatulco just to see the beaches where the movie was filmed.

There’s explicit drug use and plenty of sex going on in this film, so it is perhaps not for the whole family to watch before a trip to Mexico, but it does give a good depiction of the political and economic situation during this period of time in Mexico.

You may have already seen this film. It was nominated for many awards last year. It won the international film of the year.

Just like Güeros, this is filmed entirely in black and white.

The main character of the film is a young indigenous woman who lives with and works for a wealthy, very pale, Mexican family in the Roma neighborhood of Mexico City.

It’s a hugely accurate depiction of the relationship between the women that help run the families in this city and the families that they work for.

It also dips into the political sphere showing the demonstrations and protests that took place in the early 70’s around Mexico City between the government, the military, and the students seeking freedoms that they felt should be their rights.

Once Upon a Time in Mexico is a movie about Mexico to a certain extent.

It’s really a western and is part of a trilogy. It’s the final film in the series with the other two being El Mariachi and Desperado.

The main character is a hitman and of course, he’s looking to kill people and other people are trying to stop him. It’s a simple plotline, but it’s an enjoyable series.

In my opinion, the films easily stand on their own, but if you want to watch them in order, you’ll likely enjoy the storyline more.

It stars Antonio Banderas, Johnny Depp, and Selma Hayak. There’s a touch of comedy in it, but it also shows a lot of different parts of Mexico, especially if you watch the whole trilogy.

Each of the three films is in English. 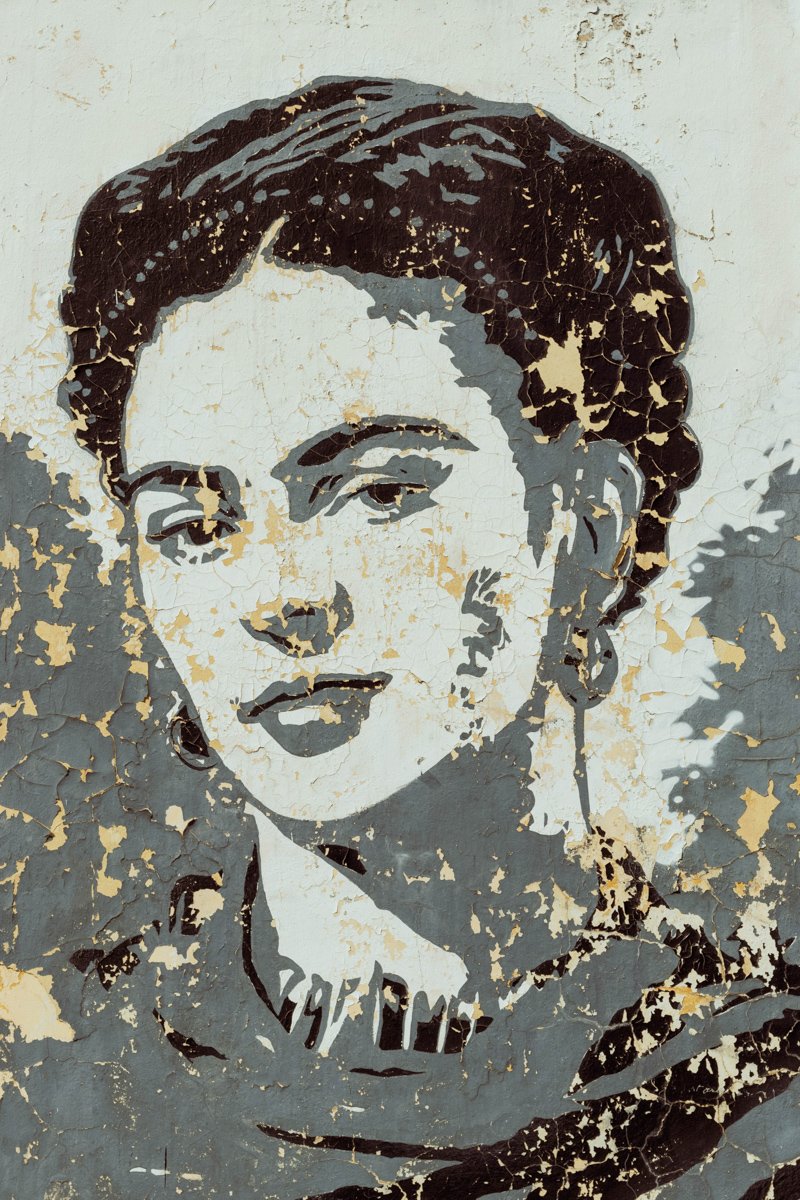 You can visit many of the places depicted in this film, including the school where Frida first sees Diego painting in the theater. His actual mural in the Colegio de San Ildefonso was his first-ever painted in Mexico.

It’s a great film to help learn about the difficulties that Frida faced with her health and her relationship with her family and with Deigo. It’s available on Netflix in English.

This film is in Spanish and is actually called Como Agua para Chocolate, but you may be more familiar with the English name since it was also a popular English book (translated from Spanish of course).

Como Agua para Chocolate is actually a commonly used Spanish phrase that means that your emotions are on the verge of spilling over.

The film is a beautiful depiction of what life was like in the early 20th century for a latin woman trying to balance her feelings and emotions with the pulls of duties that society has placed on her shoulders.

It also depicts scenes of the Mexican Revolution and what’s happening for regular people during this time period in Mexico. It’s well worth a watch not just for the beauty of the film, but to better understand the strife women faced during this era in Mexico. 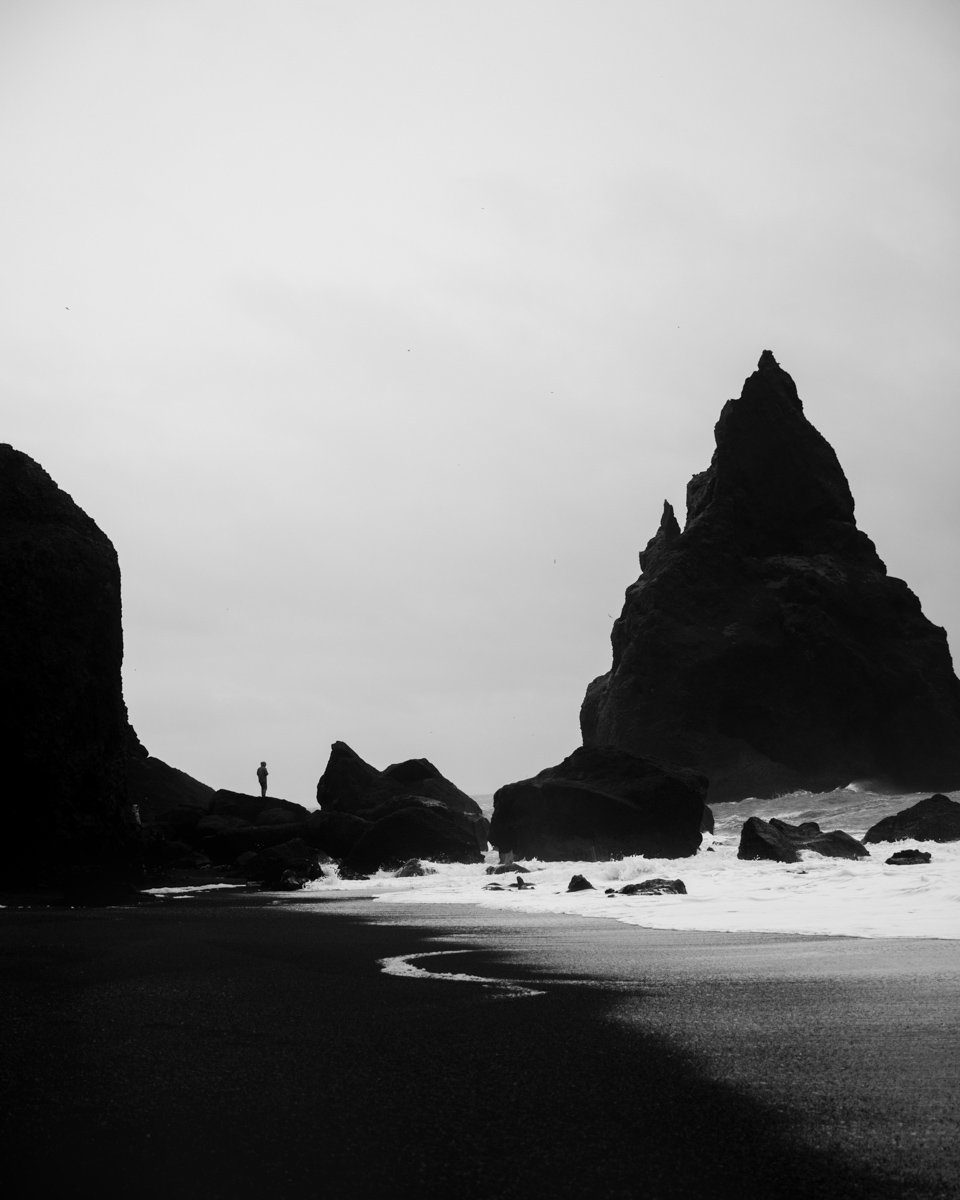 The film is based on the play written by Tennesee Williams. The film stars Richard Burton and it became quite famous when Burton brought his soon-to-be-wife Elizabeth Taylor with him to Mexico during film.

It was filmed in Puerto Vallarta and you can still visit several of the places where it was set.

The basics of the film are about an American priest who is ostracized from his congregation because he is caught having an inappropriate relationship with a young Sunday school teacher.

So, he finds himself in Puerto Vallarta as a tour guide constantly tempted by plenty of different women.

This is a bit of a silly movie, as all Jack Black movies tend to be, but it is a fun look at the Lucha Libre culture in Mexico.

Friar Storm wrestled for over 20 years while also being a catholic priest. He competed in order to raise money for the orphanage where he was the director.

A lot of the details have been changed in the movie, but it’s still a silly feel-good film about an often-ignored part of the country. 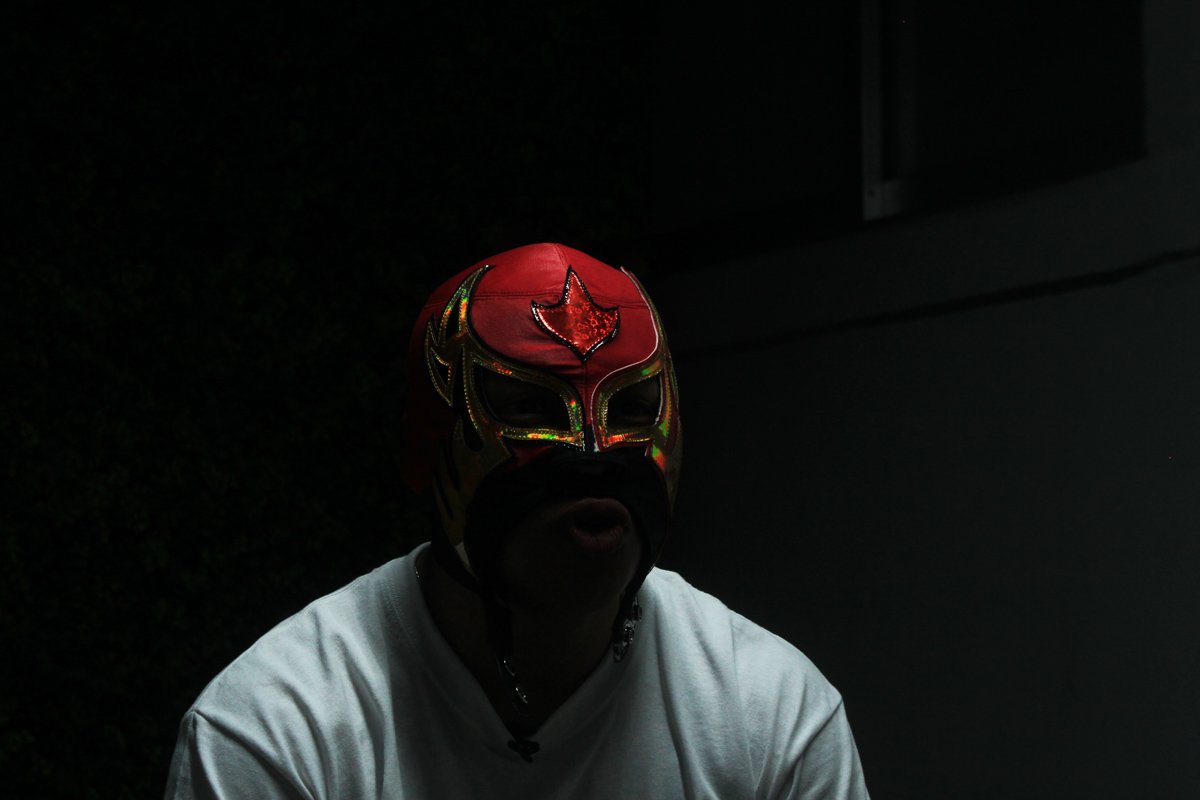 This film seems even more relevant now, but it’s about the nameless people who attempt to cross the border to what they hope will be a better life. Except, most of these people aren’t actually Mexican.

The main character of the film is a nameless Honduran who, along the way, meets a Mexican man with, similarly, no real hope for a future where he currently is. Together they embark on a dangerous and (so I’m told), quite realistic journey to the US border. 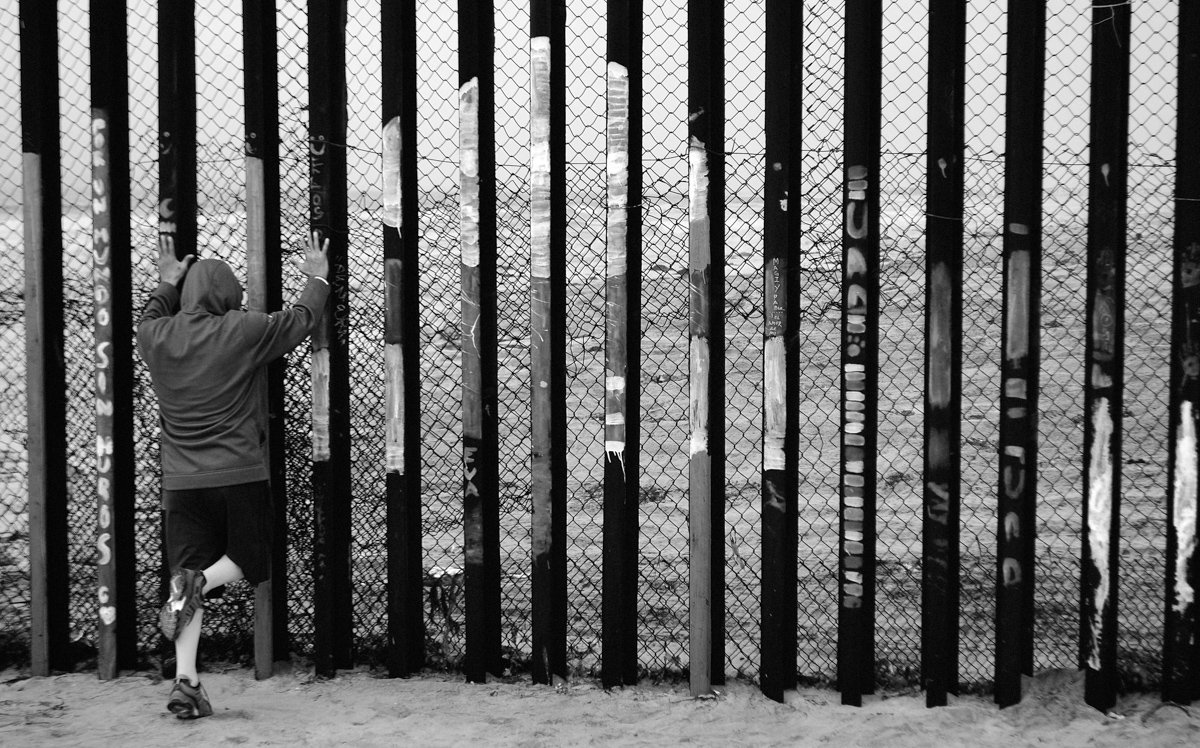