This past summer, I moved to Barra de Navidad Jalisco to enjoy a little break from the big city and to see what small-town living in Mexico was really like.

Barra de Navidad is a tiny little beach town in the state of Jalisco, Mexico. It’s about two and a half hours south of Puerto Vallarta and an hour north of Manzanillo.

It’s a popular place to retire in Mexico and one that I had never even heard of until a friend recommended it as a relaxed place to spend the hot summer months.

The neighboring town of Melaque is another popular spot to live and enjoy and in this post, you’ll find a few recommendations for Melaque alongside my Barra de Navidad recommendations.

How to Get to Barra de Navidad Jalisco

Getting to Barra de Navidad is relatively easy. If you are flying internationally into Mexico, you will find it easiest and most affordable to get a flight to Mexico City and then get a flight from Mexico City to Manzanillo airport.

The Manzanillo airport is about 30 minutes from Barra de Navidad and you can take a taxi which costs 590 Pesos (about $27 USD). You can also rent a car from this airport for the duration of your stay.

You can also fly into Guadalajara airport. It is about six hours away from Barra de Navidad (only four if you have a car), but there is a direct bus with ETN bus service from the airport to Barra de Navidad which costs about 600 Pesos (just under $30 USD).

The third airport option is Puerto Vallarta. Puerto Vallarta is only about two and a half hours from Barra de Navidad, but there is no direct bus from the airport.

You’ll need to either rent a car from the Puerto Vallarta airport or take a taxi or order an Uber from the airport to the Primera Plus bus terminal. From here, you can get a bus to Melaque and from Melaque you can take a cheap taxi to Barra. 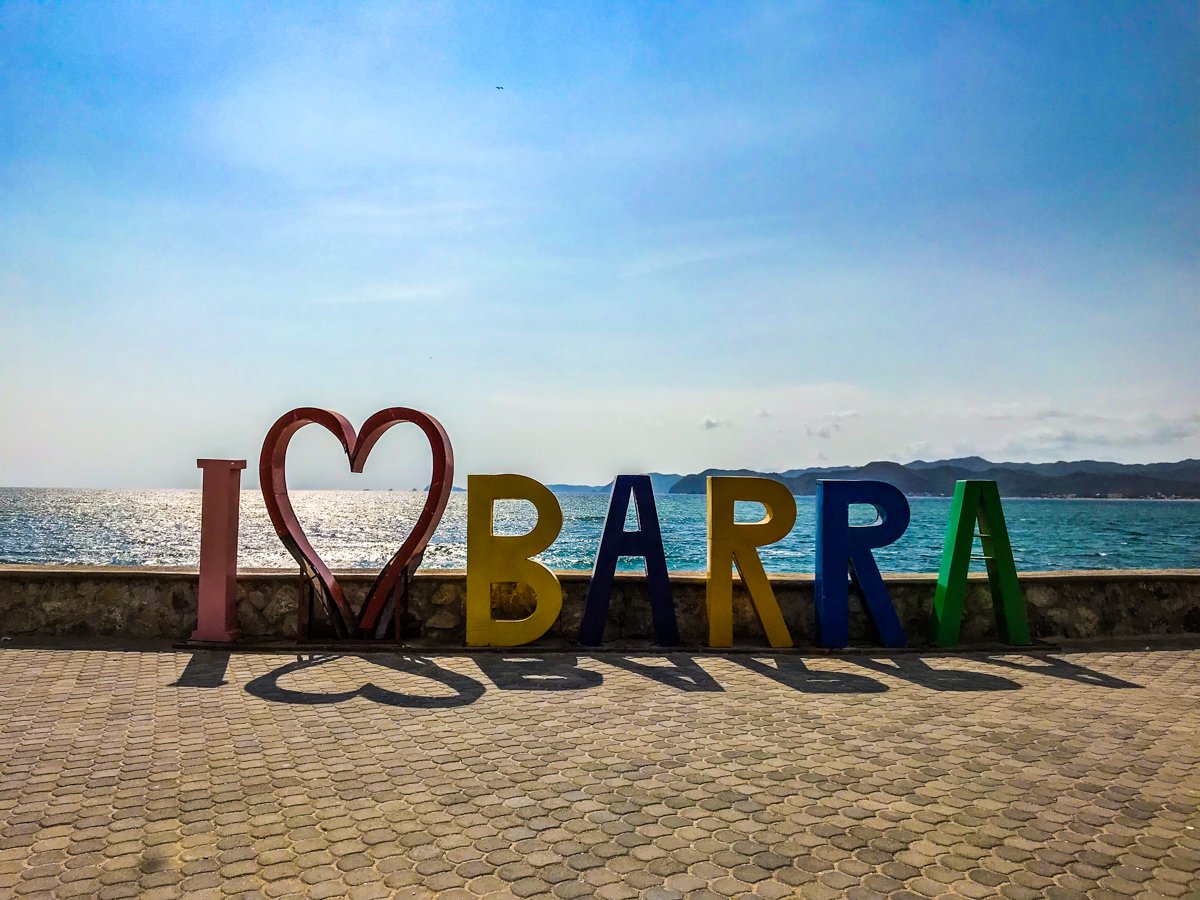 Getting Around Barra de Navidad

Barra de Navidad is incredibly walkable. If you are based near to the main street you can definitely walk everywhere. Many people also have bicycles and some also have quad bikes.

If you plan to move to Barra de Navidad, you’ll likely want to get yourself a car to get to some of the bigger supermarkets and to get out and explore more of the Costa Alegre.

If you want to get around the other towns nearby while you’re in Barra de Navidad, it’s relatively simple, as long as you’re not in a rush.

There is a local bus that runs down the main street of Barra de Navidad that takes you to the neighboring town of Melaque. It runs every 20 minutes (for the most part).

There is also a local bus that similarly runs roughly every 20 minutes that will take you around the different neighborhoods in Barra de Navidad if you don’t want to walk all the way from one end of town to another.

There is also a bus that goes from Barra de Navidad to Cihuatlan, the main “city” in this region, and where you’ll find banks and larger grocery stores. It also goes in the other direction to the town of La Manzanilla. This is a nice place to spend the day and visit the crocodile sanctuary! 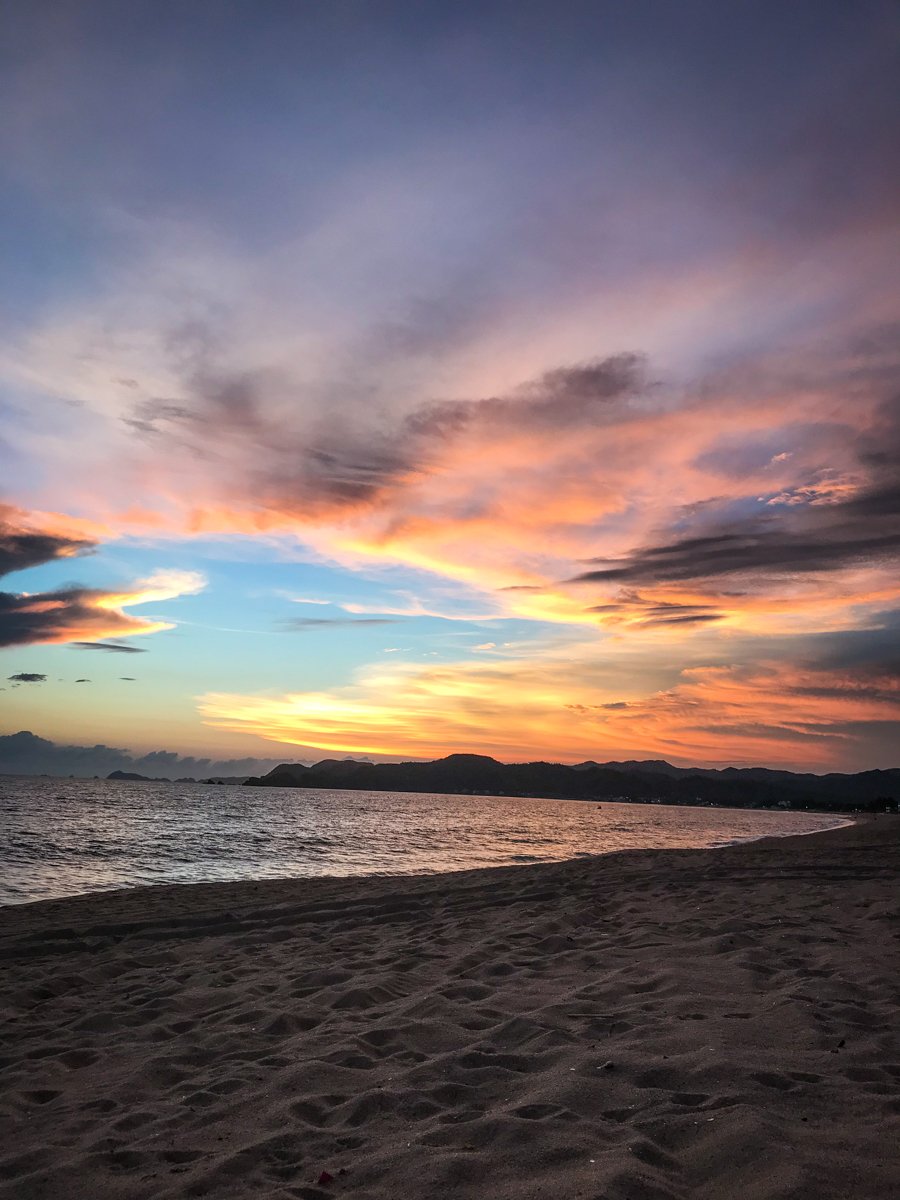 There are so many great restaurants in Barra de Navidad. For such a small town, there is a surprising number of taco stands, seafood restaurants, and breakfast spots.

Mokeke is the place in Barra for breakfast and brunch. If you are looking for a big plate of Chilaquiles, a spicy omelet, a huge stack of pancakes, or a stuffed breakfast burrito then this is your place. They make strong coffee, fresh juices, and the prices are unbeatable.

El Manglito is without a doubt serving up the best ceviches in town. We devoured their fish ceviche and their shrimp ceviche. They are so fresh and the salsas they serve to accompany them are perfection. I also love their tacos, which they toast up on the barbecue and fill to the brim with grilled shrimp and fish. Grab a table by the pier and enjoy the view while you have your meal. 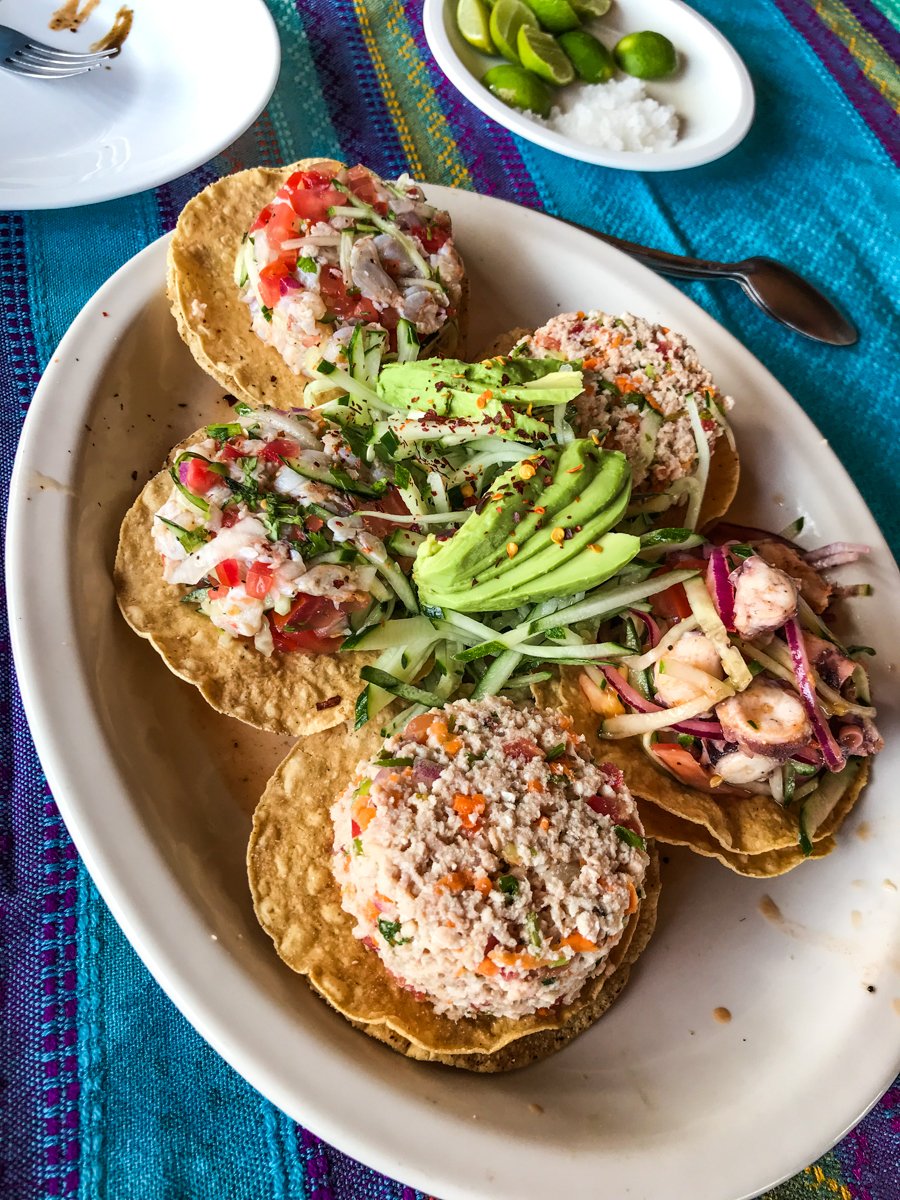 Head towards the Malecon in Barra de Navidad and you’ll find tons of different people offering boat rides around the Lagoon. Have them take you to La Culebra for a fun day out and a delicious meal at one of these seafood restaurants. Mary’s Restaurant even has it’s own boat area in Barra, but of course, you’ll have to eat there if that’s the boat you take.

Froy’s is the local expat hangout spot. If you’ve got a hankering for a really good burger, this is where you want to go. They make the best in town and most nights of the week there’s live music.

You can smell this little taco stand from a block or two away. The smell of that steaming meat is almost too much to pass up, even when you’re not hungry. Tacos de Cabeza are cow head tacos, but you can choose whatever part of the head you want: the juicy cheak, the meaty tongue, the ears and even the brain! It’s bette than it sounds, I promise. 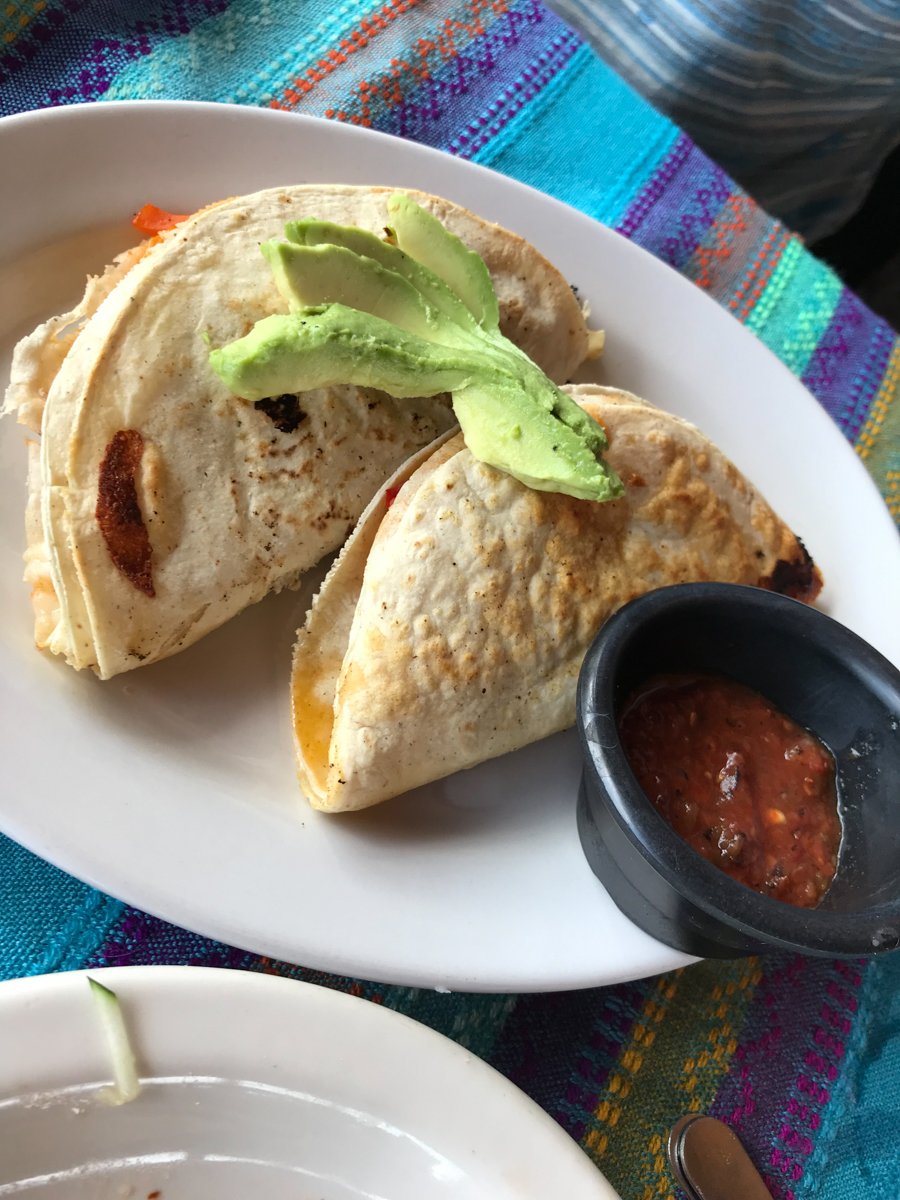 If brains aren’t your things, how about a rotisserie or barbecued chicken? This is the place to head for not only how juicy and delicious their chickens are, but for all the homemade sides you get with it, too. Half a chicken is enough for two people and it comes with rice, coleslaw, roasted onions, a few roasted potatoes, a roasted chili, refried beans, and tortillas.

During the last month that we were in Barra de Navidad, a brand new fish taco spot opened up and we ate there at least once a week until we left. It’s located very close to Abarrotes Arce (owned by the same family). Just look for the sign that says fish tacos! The fish and shrimp are the most popular, but they also make delicious octopus tacos, too!

If you find yourself in Melaque, you absolutely have to have lunch at Mariscos Mazatlan. This is THE spot for the best fish tacos in the whole area in my humble opinion, and we tried a lot of fish tacos. The batter is light, they do not skimp on the fish or shrimp and the sauces are deliciously spicy. I also really recommend their aguachile. 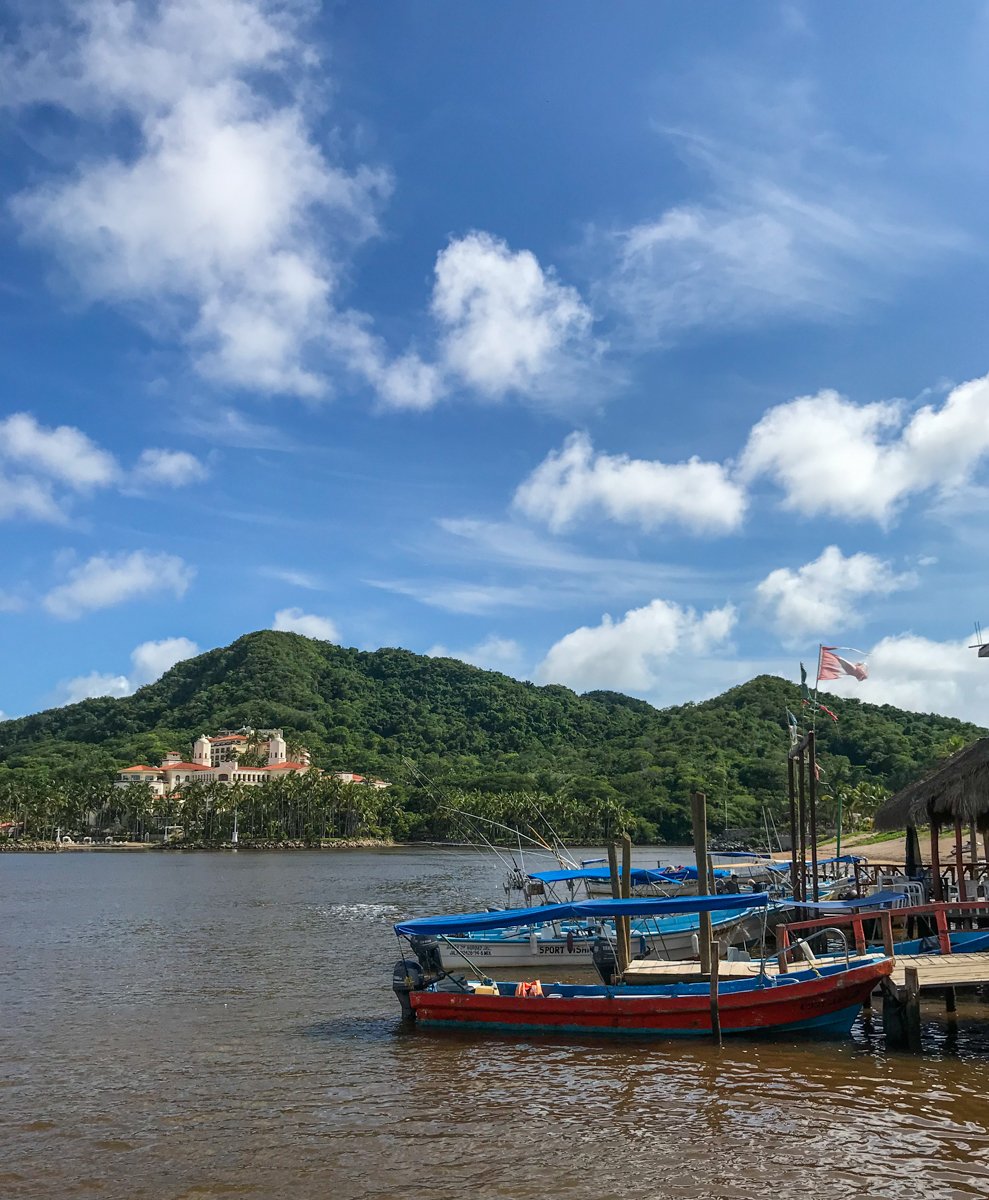 There are several very nice hotels in Barra de Navidad and Melaque. Barra has larger and slightly more expensive hotels, while Melaque has several budget hotels with rooms for less than $50 that are still very nice.

This is without a doubt the top hotel in the area. It has its own private beach, it looks out over the town and it’s just isolated enough to make you feel like you are the only people on the entire planet, especially if you visit in the offseason.

La Alondra has one of the best locations in town – right in the middle of the action of town while also sitting on the beachfront. Get a room facing the bay and enjoy watching the sunset every night. It has a beautiful outdoor pool that looks out over the beach. It’s clean and modern, nothing too fancy, but perfect for the price.

For less than $50 a night, this is an absolute bargain. It’s right on the beach in Melaque, rooms are clean and well decorated, and there’s an outdoor pool where you can sit and look out over the ocean. 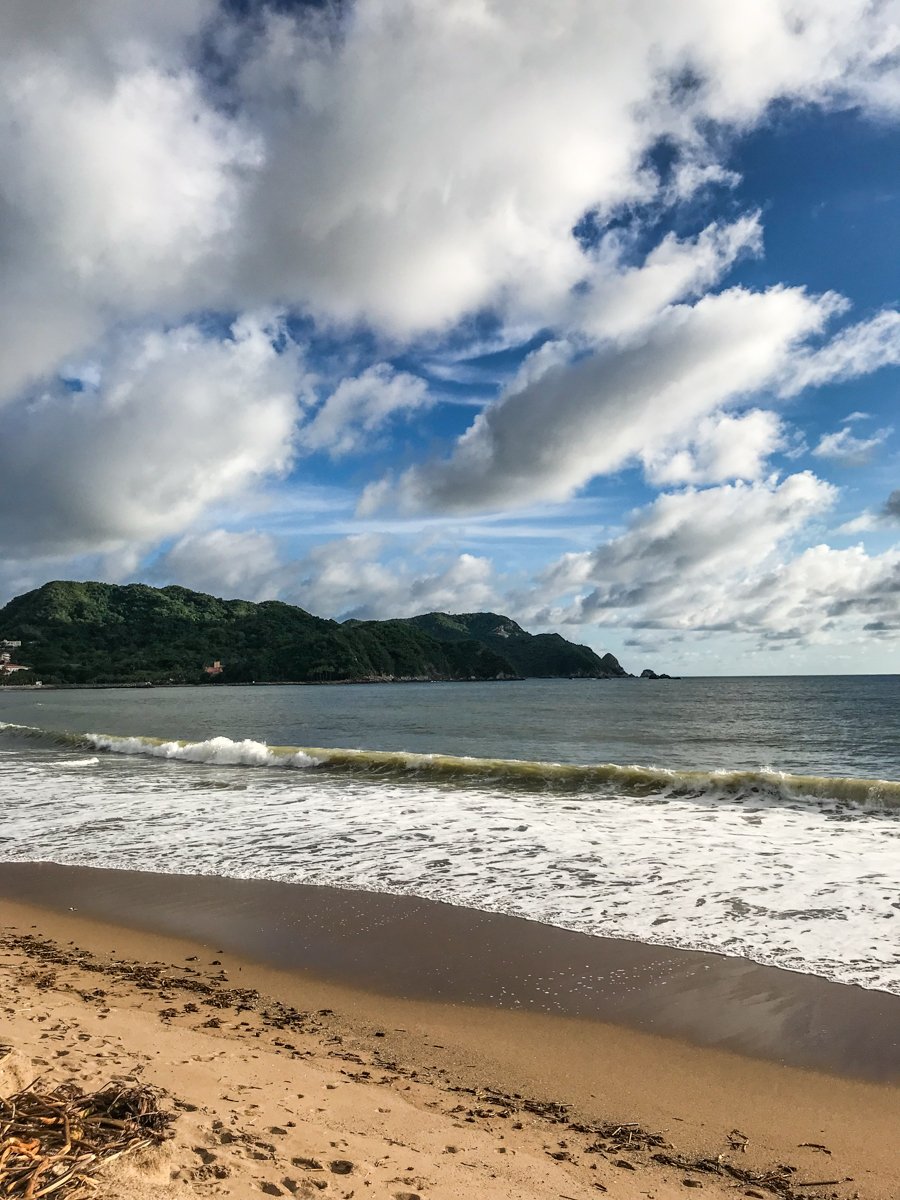 Things to Do in Barra de Navidad Jalisco

There isn’t a ton to do in Barra de Navidad, but that is precisely why it is so amazing. It’s a sleepy little beach town with a few different beach areas to relax on.

However, there are plenty of activities to keep you busy if you want to have some adventure.

Sportfishing is one of the biggest draws to this area of the country. If you want to get out on a boat and catch a huge Marlin, get yourself to Barra de Navidad.

Head towards the Malecon where you’ll find all of the companies that will take you out on a boat. You can attempt to negotiate a price if you want to go out for several days of your trip, otherwise, the prices are fixed and on display at each of the company’s tables.

Thanks to the calm waters of the Laguna de Barra de Navidad, paddleboarding is an easy and fun activity to do in Barra. There are a few places to rent from, but I liked the Northswell shop near the Malecon for renting. They have a nice selection and will even offer to help you if you’ve never paddle boarded before. 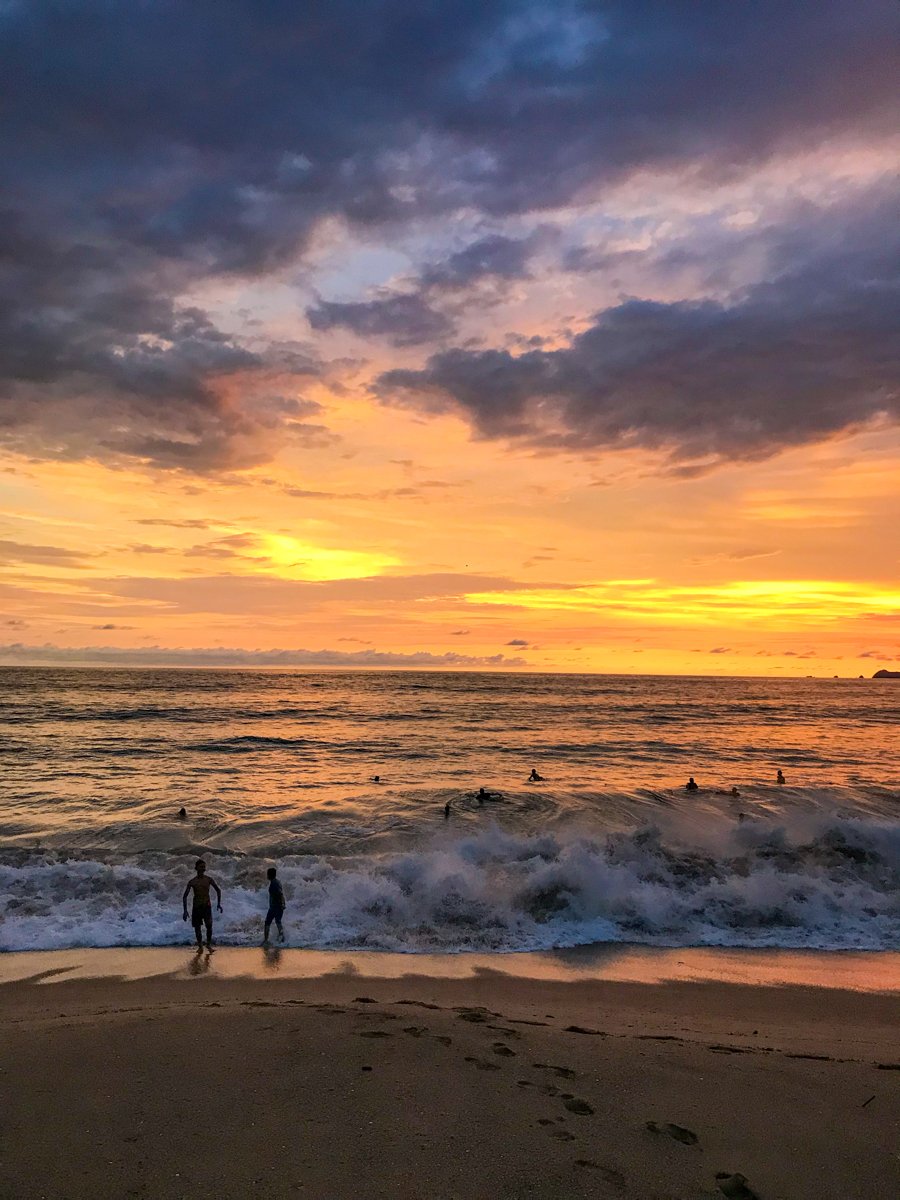 3. Take a Boat Tour of the Lagoon

You can’t come to Barra de Navidad and not take at least one boat trip. There are casual rides that simply take you around the lagoon for an hour or so. You pay for the boat, not per person, so if going with a group it’s a pretty affordable day activity.

Alternatively, you can just head out to La Culebra by boat, a small village on the other side of the lagoon where there are a few restaurants and some sand to relax on. You can follow the “road” to the Grand Isla Navidad Resort and then get a water taxi back to Barra.

So many locals recommended a sunset cocktail at the Grand Isla Navidad Resort. The views back over the sea are absolutely stunning at this time of day and the margaritas aren’t bad either! 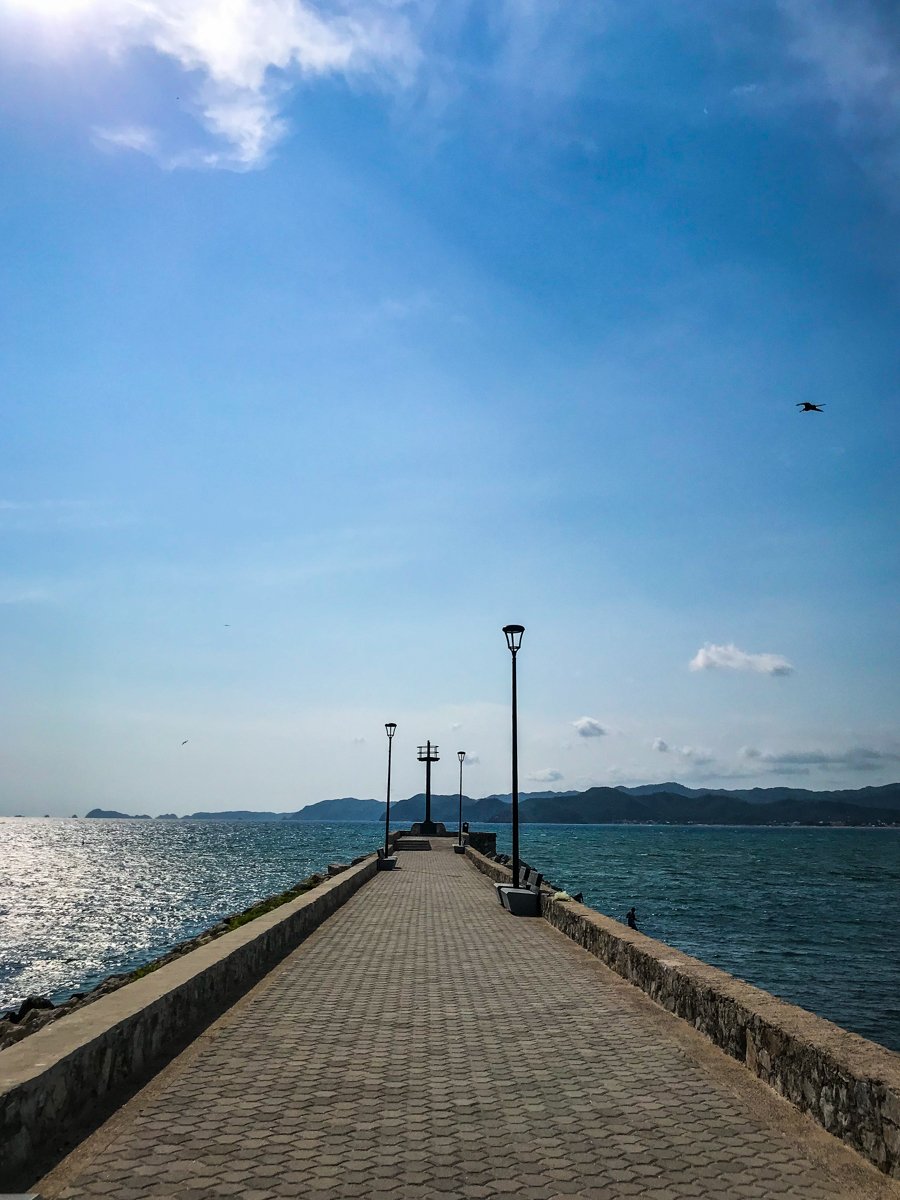 5. Go on a Banana Boat Ride

There are two beaches in Barra de Navidad, the long beach that faces the ocean and the smaller strip of sand that faces the lagoon. Obviously, the lagoon side is much better for swimming. This is also where you’ll be able to find the banana boat rides. They loop around the lagoon, take you out to the edge of the Malecon where the lagoon meets the ocean, and then they turn around to knock you off!

6. Go Surfing or Learn to Surf

The ocean-side of Barra de Navidad has some pretty decent swells, but nothing too rough.

This makes it a really great place to learn to surf. Again, I recommend Northswell, but I didn’t get a chance to try with anyone else. I’m sure all of the companies in Barra are great. It’s a small town full of kind people who just want you to enjoy your time in Barra.