If you want to read the posts about saving money to travel you can check them out here:

Once you’ve saved up all that dough, you’re going to want it to last as long as possible. Especially if you’re planning on taking a long term or ’round the world kind of journey.

These are my sure-fire ways to save cash while you’re on the road. I’ve used them countless times over the last 6+ years and I will continue to use them in the future. I truly believe these have in no way hindered my experiences in the countries that I’ve visited. In fact, most of these have actually made them BETTER.

However you want to plan your budget, be sure to figure it out at the start. When I went on my five month trip around Asia, I had a set number I wanted to spend for each country. My budget for Japan was obviously much higher than my budget for Taiwan or Vietnam.

In the end, each budget amount equalled LESS than the total amount of money that I brought with me. This meant I had money just in case I went over budget or in case of some sort of emergency where I would need back-up money.

2. Write it Down or Withdraw the Cash

Writing down the amount of money that you spend each day can be really annoying, but incredibly helpful at the same time. Trail Wallet is a cool app that I wish I had found sooner. It even makes your info into a pie chart so you can see where you’re spending the money most! I only recommend keeping track this intensely if you are doing a long term trip and really need to stick to a budget. It helped me stick to my budget through Asia and also to write those really detailed posts you find all over this blog (like here, here, and here).

The other thing you can do is take out a set amount of cash. That will be how much you use for the week/month and once it’s spent that’s it. I do that on shorter trips and find it’s a really great way to keep myself accountable. I’ll take out how much I plan to spend for the week and each time I open my wallet or dig into my bag to get more cash, I know what’s left.

3. Stay in Each Place for Longer

I do this because I love really getting to know a place, but it’s also a really great way to spend less money. It means you can get an AirBnB for cheaper than a hotel and it means you spend less on transportation. The more you move around, the more money you will spend in order to move around.

4. Use Slower Modes of Transportation

Taking the cheaper modes of transportation can sometimes be uncomfortable, but it can also sometimes be absolutely awesome.

I once took a train all the way across Thailand instead of flying and it was one of the best days of my trip. At each stop someone got on with grilled chicken, sticky rice, iced tea, cakes. We saw the beautiful, lush countryside that we would have totally skipped over if we’d flown. We giggled with little kids who ran up and down the aisles, and we had a photoshoot out of the windows because at one point we had the whole car to ourselves. 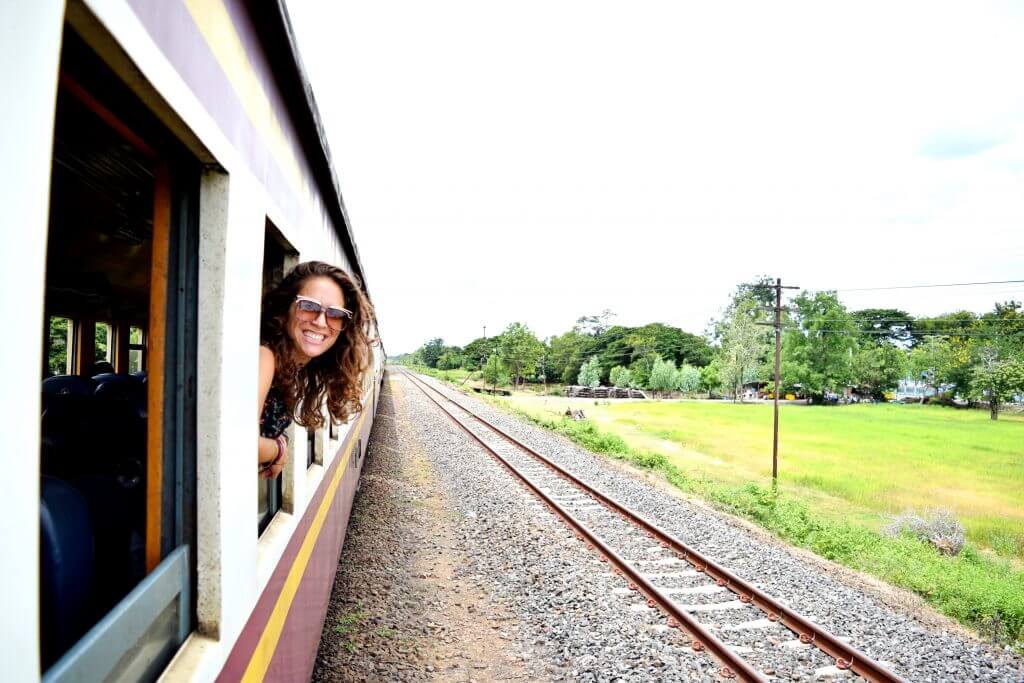 Our day-long train journey through Thailand was epic and WAY cheaper than flying.

This is especially great in more expensive countries. I wrote a whole post about housesitting which you can read here. If you want to sign up through my link you’ll get 20% off your membership.

The basics are that you look after someone’s house and their pet while they’re on vacation. It can be anywhere from a week to months at a time. I spent an entire month in Denmark and two weeks in Paris last year. There’s no way I ever could have afforded that if it wasn’t for housesitting.

It was also really nice for us since we travel too much to have a pet. I LOVED coming home after a day of exploring Copenhagen to a wagging tail and a cat to sit on my knee.

Stop worrying about getting sick. I’ve had street food in every country I’ve ever been to and I’ve only had tummy issues once (a little Imodium cleared that issue right up!). It’s the cheapest food you can eat and it’s often the most authentic.

Look for places that are busy and that are cooking food fresh to order. Also, don’t eat anywhere near major tourist attractions. Even if it is street food, it will be SO MUCH more expensive.

In countries like Japan, Australia, New Zealand, the UK, and so many more, it’s SO much cheaper to cook your meals. I’m not saying you shouldn’t enjoy the local delights. By all means, that’s one of the main reasons I travel!

But if you want to save money, you should aim to cook two out of your three meals a day. I find going to a grocery store in a new country to be so exciting. You’ll find ingredients that you’ve never seen or heard of before and you’ve got the opportunity to figure out how to cook with them.

It’s not that scary, just Google it: recipes with ‘X ingredient’. 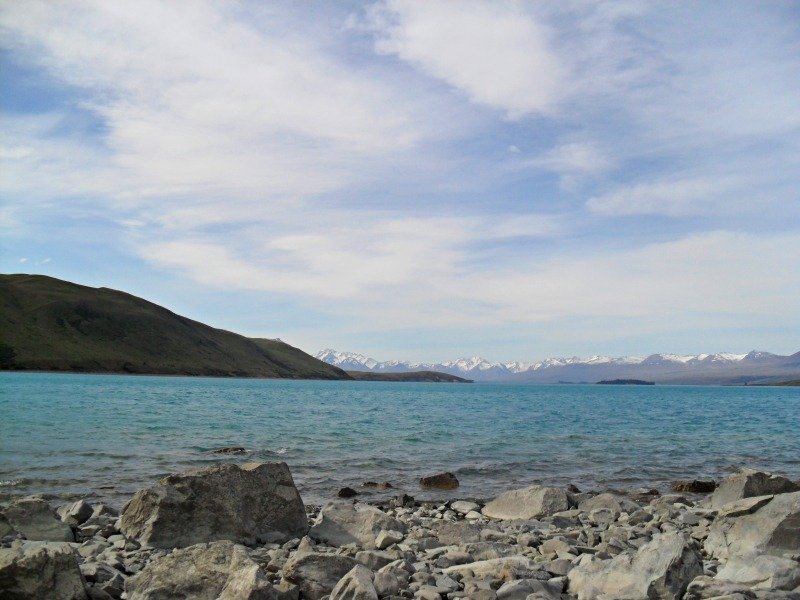 Amazing views while we camped around New Zealand (in the back of our station wagon to save money!)

If you can walk to it, you should. It’s great exercise, it’s a fun way to explore a city, and it’s free! I have walked for hours around a city in order to get to different places instead of taking a motorbike or taxi or even the public transportation.

Every time I walk around a new place I almost always discover something cool. Whether it’s hidden away street art, a funky cafe, amazing street food, or a cool shop where I pick up a unique souvenir. Use your feet to explore and you’ll keep a lot more money in your pocket.

Oh, gosh I’m SO bad at this. I’ve gotten better over the years, but I used to find it SO difficult.

The key is to smile, be polite, don’t raise your voice or get annoyed. Ask what their price is and come back with a price that is not OFFENSIVELY lower. We did that once and a woman called us crazy and told us to leave. We learned a valuable lesson there.

Offer value. For instance, when we wanted to get a lower room rate at a hostel or hotel we would say, “well we plan to stay at least three nights, so can you lower the price to this?” I even did this once in Italy and got one night for half price!

If you’re going to travel somewhere anyway, you may as well travel overnight. That means you’ll save a night’s accommodation. We took night buses all over Asia and while they aren’t the most comfortable things in the world, they were good enough to get a few hours sleep.

It meant once we arrived somewhere all we had to do was drop our bags and get exploring.

By this I mean hop-on, hop-off bus or train tickets where you pay a one-off fee and then you can ride that mode of transportation as much as you want for a set period of time.

In Japan, there’s the JR Pass. In Australia, you’ve got the Greyhound bus tickets. In Vietnam, there’s the open bus ticket. There’s the Eurorail pass through, well, Europe obviously. Do your research and see how you’ll be able to travel around the cheapest possible way. 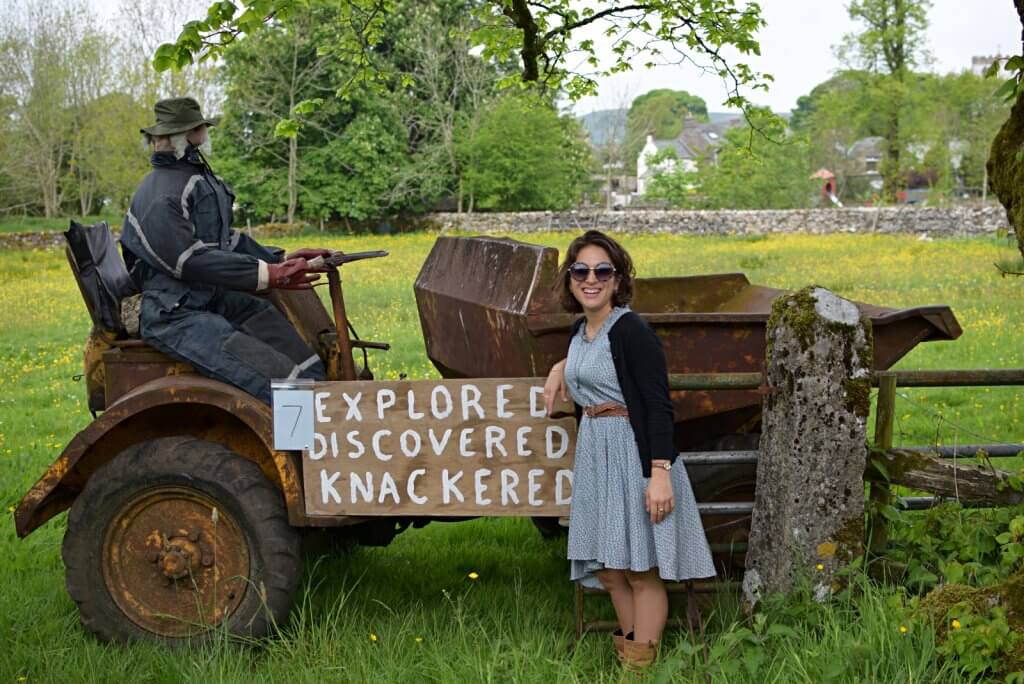 I have a Citibank account that allows me to take money out of any Citibank worldwide without paying any fees. I also use Capital One who don’t charge me on their end (but I do incur a fee if the international ATM has one).

Call your bank before you leave and see if they have any international partners. Most banks do. This means you’ll be able to take money out of certain bank’s ATMs without being charged a fee by anyone.

When people tell me that they’re going to bring US dollars with them and just exchange them when they get there I’m like WHAT?!

Please don’t do that. That’s a surefire way to lose money.

Banks will always give you the best rate when you withdraw that country’s currency from an ATM. The fee you incur from an ATM will be far less than what you get gouged with from a money exchange bureau.

I love these Lifestraw Go bottles. I’ve been using them ever since we moved to Mexico and it has saved us loads of money on buying water.

It allows you to fill up water from any tap that may not be safe and filters it so that it is completely safe to drink. As a bonus it also means you’re using WAY less plastic.

Think outside the box when it comes to booking flights. If you want to go to London, but flights are crazy expensive, it might be way cheaper to book a flight to Manchester and then take the train (or even better, a £1 Megabus).

Always look at nearby cities (even if it’s in a neighboring country) and how cheap it is to make a connection via bus or train once you arrive. I’ve often saved hundreds of dollars by flying into alternative airports, especially in Europe where train and bus travel is so cheap. 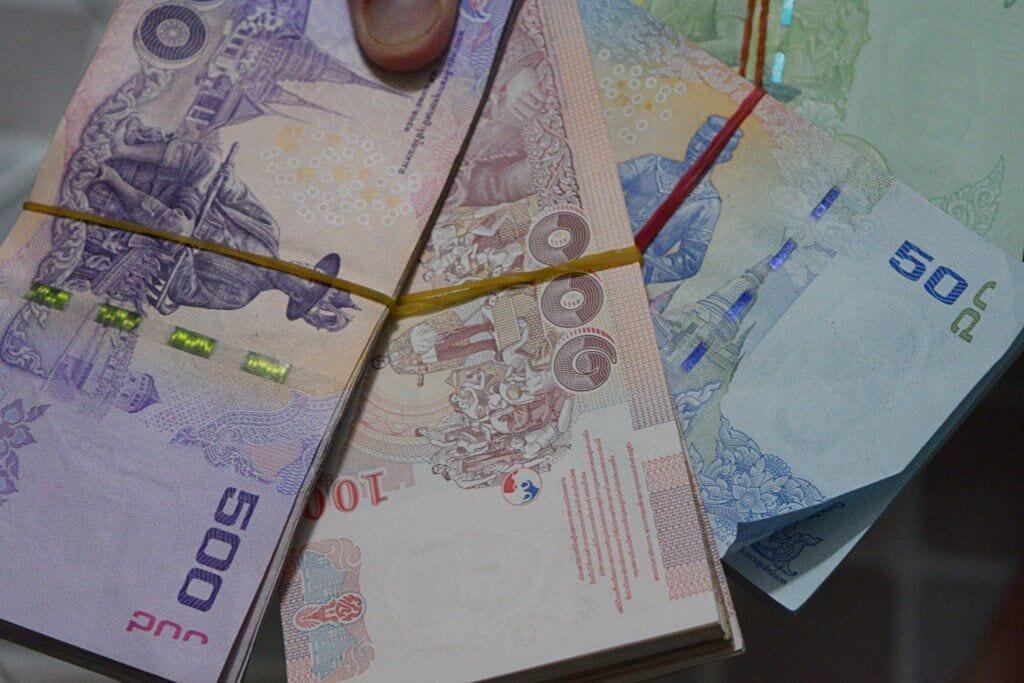 When we were in Thailand, we took out all of our budget for the whole month to make sure we didn’t spend too much!

16. Travel with Some Pals

Traveling with a few people means so many costs are divided between you. I just booked a trip to the Yucatan Peninsula in Mexico for two weeks for Luke and myself and two of our friends and we were able to share the cost of an AirBnB, a rental car (which was WAY cheaper than taking buses once it was divided by four), and once we get there we’ll likely share grocery costs.

It’s not always possible, but if you can travel with friends, you’ll spend a lot less along the way.

17. Talk to Other Travelers

Some of the best money-saving tips we got were from people who had just been to where we were going. While we were traveling through Vietnam, we went from Hanoi down to Saigon. On our way we met people who were traveling from Saigon to Hanoi and we swapped stories, tips, advice and money saving strategies.

Don’t be afraid to ask people how much they paid for something (do so politely, but I found people were always happy to swap stories on how much we all paid for things along the way). It means you’ll know how much to expect to pay and you won’t be ripped off (unless of course THEY were ripped off).

These are just some ways to save money while you travel. As you travel more you’ll find what works best for you. Talk to people, do your research, pay attention to how much you’re spending and cut costs when you know you’re not going to miss out on something.

This is a great list, really comprehensive. I must get me one of those life straw water bottles, I hate buying bottled water, especially knowing where the plastic usually ends up.