We spent a total of 17 days in Japan last year (2015). We started in Osaka, then moved onto Hiroshima, Kyoto, and Nara, before finishing in Tokyo. The cost to travel to Japan was actually much less than I initially thought it would be, although still more expensive than other countries in Asia.

We ate well, visited as many temples and shrines and palaces as we could. We took bullet trains and subways, drank copious amounts of Japanese craft beer (which is quite delicious), splurged on fancy sushi in Tokyo and hibachi in Osaka. We stayed in private rooms or AirBnB places (no hostel bunks anymore!). Whenever we saw something we wanted to try, we did. But we also tried to save where we could.

It was Luke’s birthday while we were there, so we probably splurged a bit more than we would have in any other situation. We had just left our jobs teaching English in Korea and we had decided that we wouldn’t hold back on the things that we wanted in Japan.

How Much Does it Cost to Travel Japan? 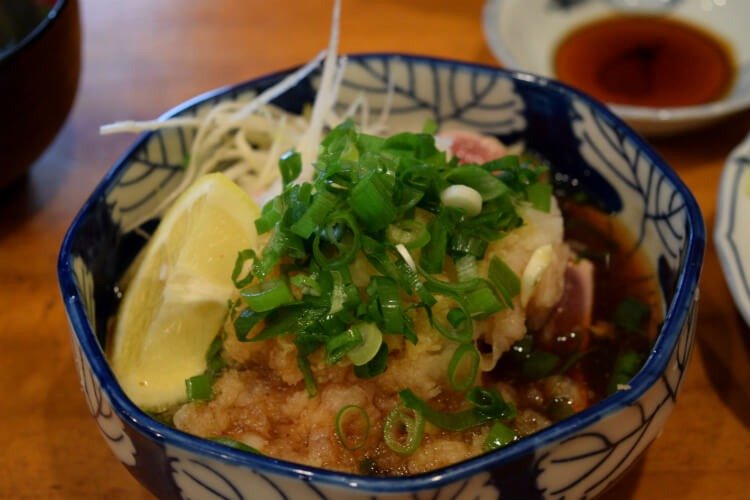 How Much Does Food Cost in Japan?

We spent a total of $595 on food in Japan. That’s $17.50 per day per person. This includes breakfast, lunch, dinner, snacks, sushi and allllll the mochi for two people for 17 days.

How can you watch this and not want to try it?

We spent a total of $29 on breakfast, that’s less than a dollar each per day! This is because 1) we often skipped breakfast because we stayed up later and woke up later and 2) we would just stock up on fruit from the grocery store and munch on bananas if we felt hungry before lunch.

We spent a total of $218 on lunch, or about $6.50 per day per person. For lunch we would usually stop into a grocery store and buy a bento box. They range from $3-$5 for a big box of Japanese goodies like rice, fruit, fried fish, potato cakes and a few sushi rolls. Don’t miss out on all the amazing little ramen and soba noodle shops! These are often less than $3 in busy business districts. Also, look for restaurants serving donburi, which means rice bowl, where you can get a big bowl of rice with meat or vegis for about $5.

Note: You usually order and pay at a machine in these places and then hand the people at the counter your receipt.

We spent a total of $324 on dinner, or about $9.50 per person per day. This is quite surprising considering we had some serious splurges throughout our trip. For dinner we usually found a local restaurant. We did a lot of research on places to eat since we were most excited about the food in Japan. We ate at ramen restaurants, yakitori (skewered meat) places, sushi bars, and sometimes we just bought a few things from the supermarket and cooked them up. 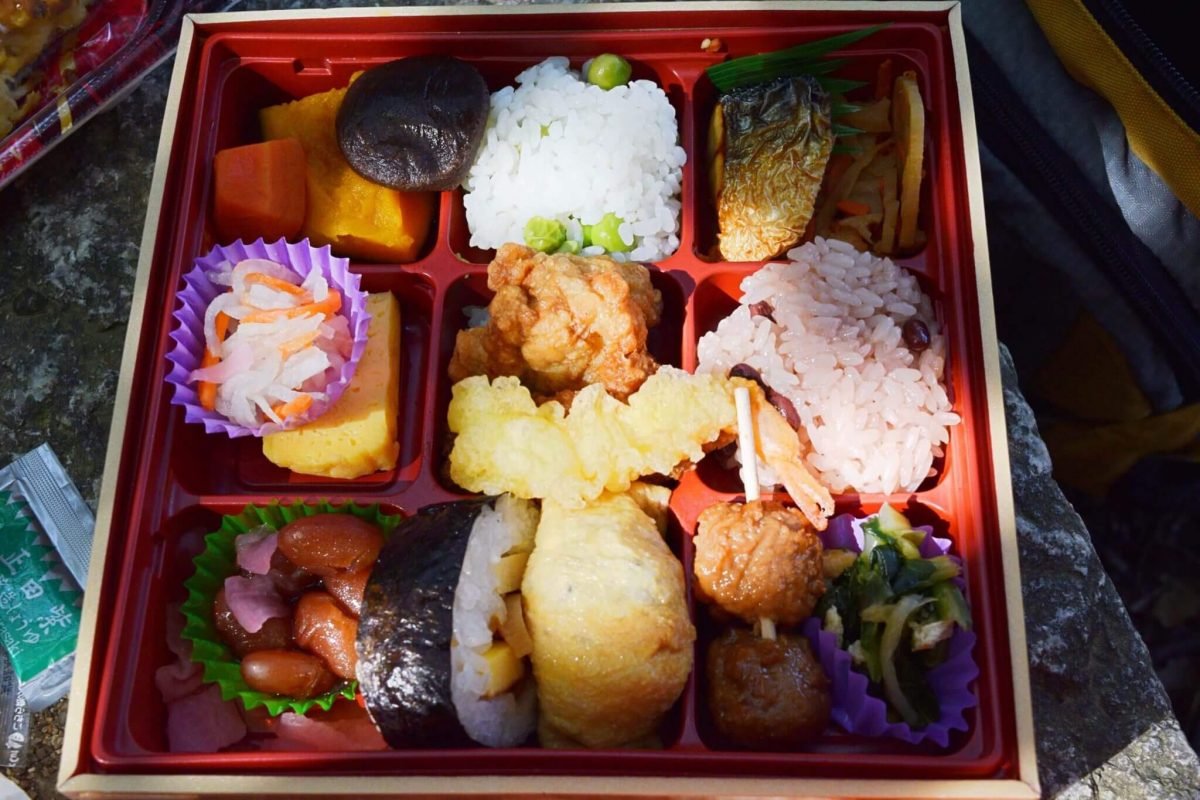 How Much Does Accommodation Cost in Japan?

This was by far one of our biggest expenses in Japan. We opted for affordable AirBnB places and private rooms in hostels.

In total we spent $817 on accommodation, or $24 per person per night. This is definitely cheaper than it would have been if we had traveled solo in the same way (avoiding dorm rooms). We’re really lucky to have had someone to split the accommodation costs with.

My all time favorite hostel, maybe ever, but for sure in Japan, is Guesthouse Iki in Nara. The guy running it was absolutely awesome. He gave us honest advice about where to eat to avoid the “tourists” as well as must visit spots that both tourist and locals love. He even upgraded our room for free because the nicer version of ours was free for the night. I highly recommend it if you’re planning on staying in Nara. 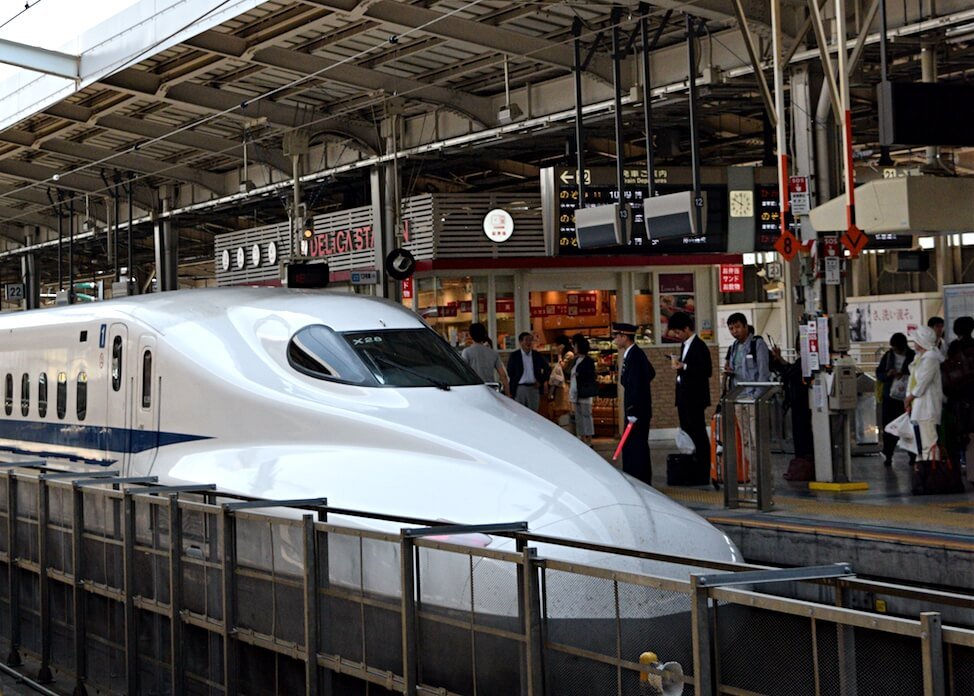 How Much Does Transportation Cost in Japan?

A lot. I’m still in shock over how much it costs.

We bought the Japan Rail Pass before leaving Korea (you can’t get it once you arrive in Japan). We got the Adult Ordinary 14-Day ticket which costs $450 each (still the same price). It allowed us to ride the third fastest bullet train (not sure I’d even want to go any faster!). It worked on the train lines that ran all over Osaka, Kyoto, Hiroshima, and Nara and got us to Tokyo. It also included the ferry to Miyajima.

I worked it out after our trip was over and we saved a little over $100 each having purchased that versus if we had just paid as we went. It also meant in most places that we didn’t have to worry about buying a ticket, we could just get on the next available train – a big time saver.

Considering the time and money we saved, I highly recommend getting yourself a JR Pass for your trip to Japan.

We did have to pay for a few subway rides in Osaka and once we got to Tokyo, our pass had expired, so we paid for daily subway cards which cost 1,000 Yen each (roughly $10). Be aware – Tokyo has two separate companies running their subway. If you are only going to use one of those companies, you can save by only buying the day pass for that line. 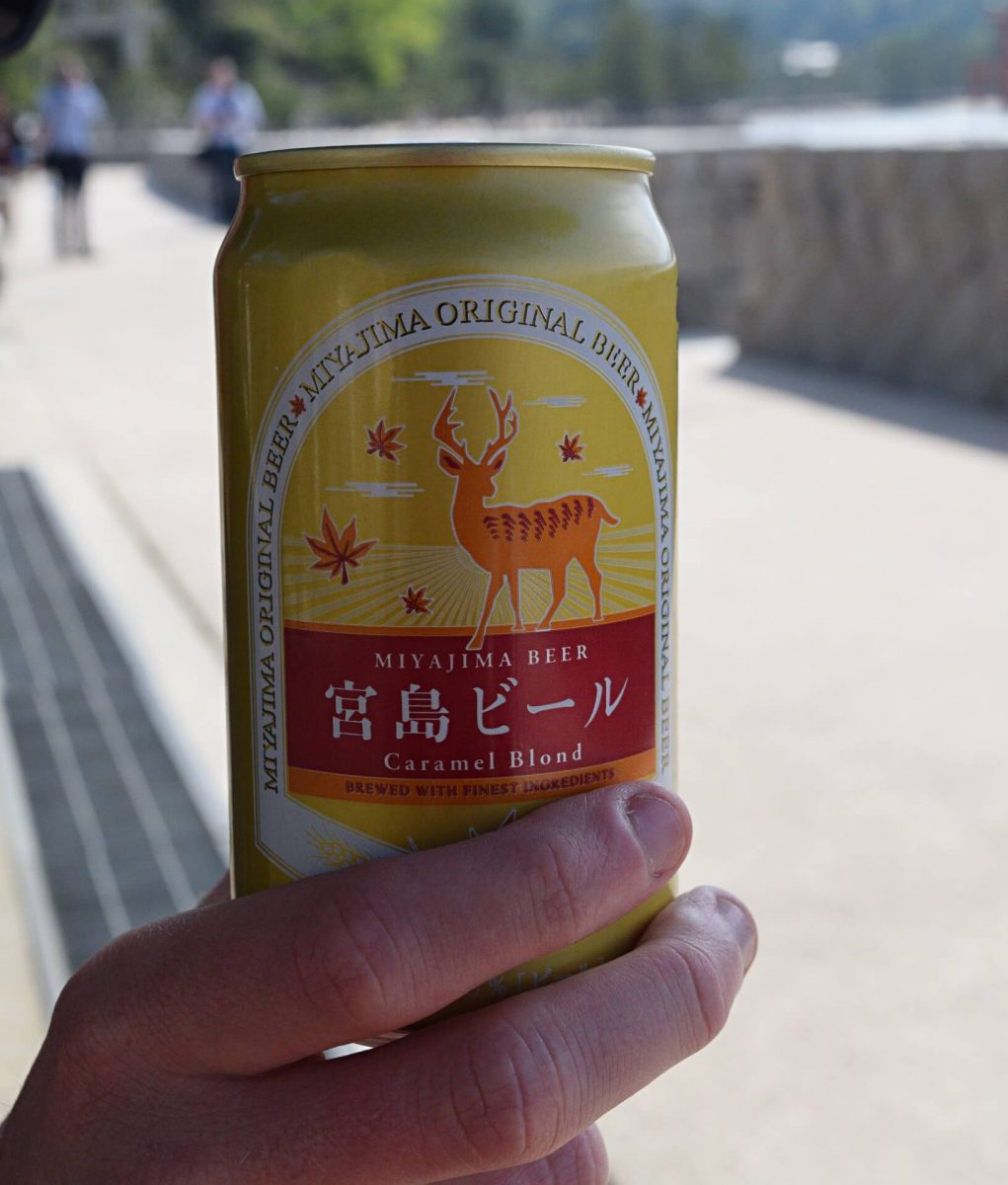 How Much Does Beer Cost in Japan?

We spent a lot on beer. If you’re not into drinking or the craft beer trail here, you’ll spent a whole lot less per day than Luke and I did.

In total we spent $297 on beer, or $9 per person per day on beer.  We got really into discovering new craft beers and Izakayas around the country. 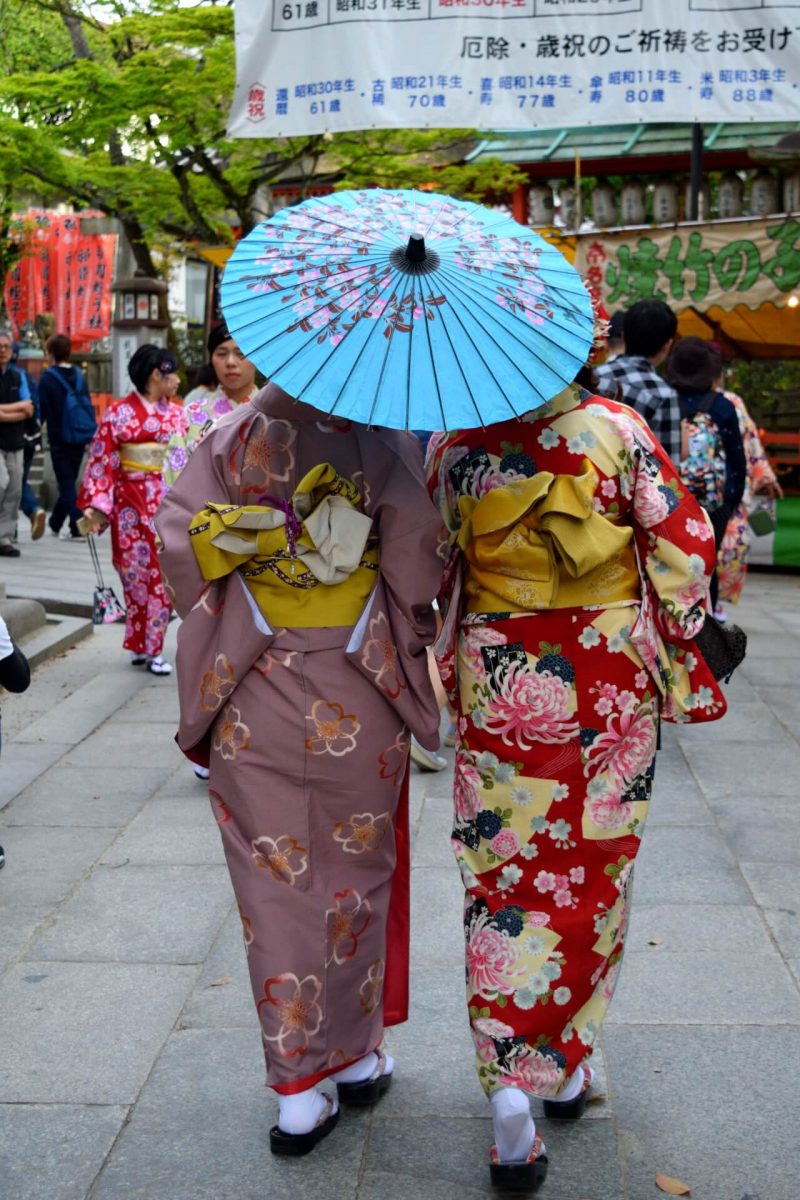 We spent money on temples and palaces all over the country with the majority in Kyoto. The range between $3 and $7 each. A lot of the museums were free and many of the smaller temples were free as well.

We bought postcards for a few dollars each and some Japanese souvenirs in Tokyo and Kyoto that were all less than $10. There are several great street vendors and cool markets around the major cities where you can find fun and reasonably priced souvenirs.

How Could You Travel Japan Cheaper?

If you cut out the expensive craft beer (or beer in general) as well as opting for cheaper accommodation, you could easily travel Japan for less than $50 per day. There are so many great, affordable food options both in restaurants and at the grocery store (the sushi at Japanese grocery stores is better than most sushi I’ve eaten outside Japan).

If you stick to using only the transport on the JR Pass then you’ll cut out a lot of expenses that way as well. If you are only going to visit one or two cities, you’ll be able to see more of those places and spend less money as well (trains are a big expense in Japan).

Ever been to Japan? How did you cut costs while still enjoying every minute?

Interested in other budget posts? Check them out here:

Great blog and interesting article! I have indeed been to Japan. First time was when I was living there (18 months teaching English), second was for a three-week visit. One thing I can't overemphasise enough is to get a JR Rail Pass. You can get one from one, two or three weeks and as you mention here it saves you money if you're planning on a jaunt around Japan. I love the sound of the little guest house in Nara and will stick it on my list next time I visit Japan.

Great breakdown! I always hear that Japan is *so* expensive, so it's really nice and interesting to see what categories are more than others.

Thanks, Kate! It's definitely expensive, but in a lot of ways, way less expensive than I thought it was going to be - like with food. I can't believe how well you can eat on the cheap.