I landed in Cancun airport by myself.

I walked through the arrivals area amid shouts from the taxi drivers, shouts from hotel reps, offers of ice-cold Coronas with freshly squeezed limes. It was a cliché being played out in real life. It’s exactly what I’d always imagined Mexico to be like.

The moment the sliding doors opened the humidity hit me in the face. It took my breath away it was so oppressive.

“Taxi señorita? Where do you want to go?”

Resorts had representatives holding up signs, shouting for people who were headed to the hotel zone, but I walked to the left following the signs for transfers.

I dragged my suitcase over to the bus stop and waited for the free shuttle to take me to terminal two where I’d catch a flight to Mexico City, my new home. 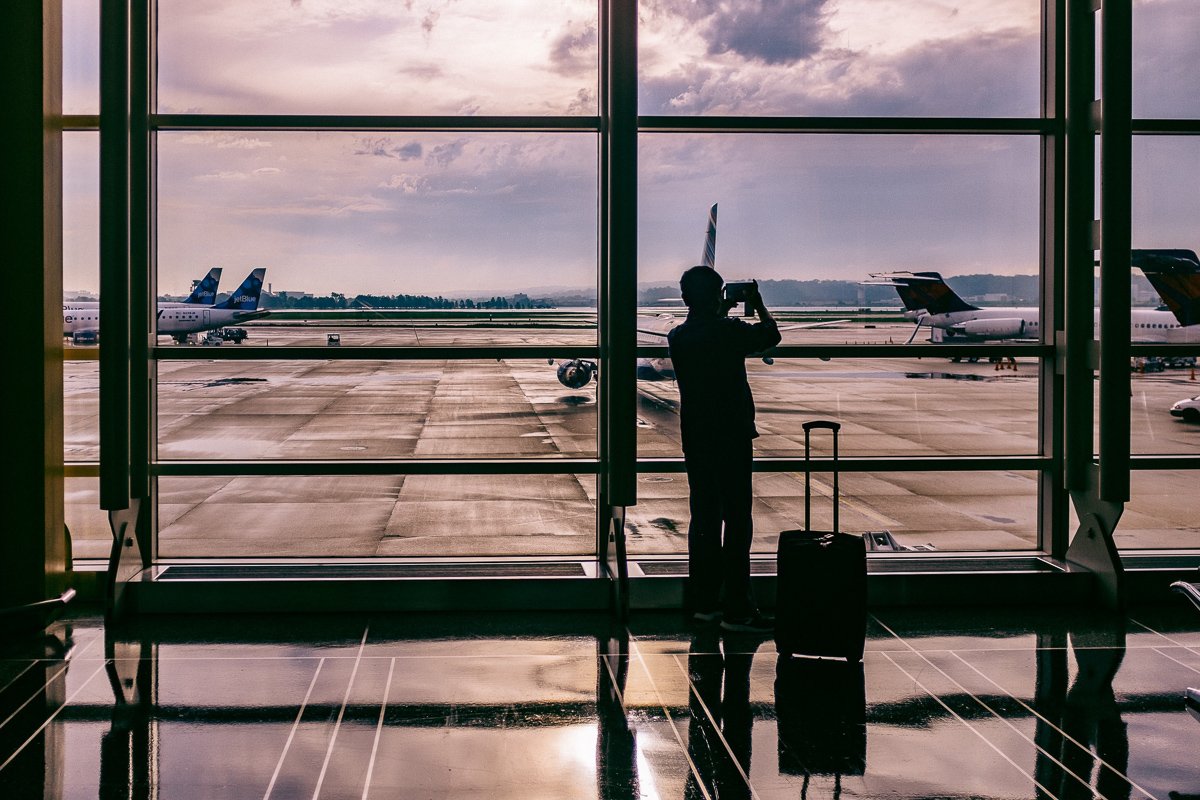 It was the first time I’d ever been to Mexico before. I felt excited to get to Mexico City and meet back up with Luke after a month apart.

We knew so little about the country, about Mexico City, about what our lives would look like. We’d been planning this move since April and talking daily about what to bring, what we could buy once we got there, the weather, the culture, the food.

I sat on my suitcase, feeling the heat of the sidewalk through the bottoms of my sneakers. Jeans were a bad choice for Cancun in July.

When the bus eventually rolled to a stop in front of where I was sitting, I lugged my big grey bag with its purple monogrammed luggage tag, my bag which held everything that I cared enough about to bring with me on a move to Mexico, onto the bus.

We landed in Mexico City at 9pm. I looked out of the airplane window as we flew over the sprawling lights. The city went on for miles in every direction. It reminded me of landing in New York, except none of the buildings I saw looking familiar, I had absolutely no reference points as I looked down over this mega-city. 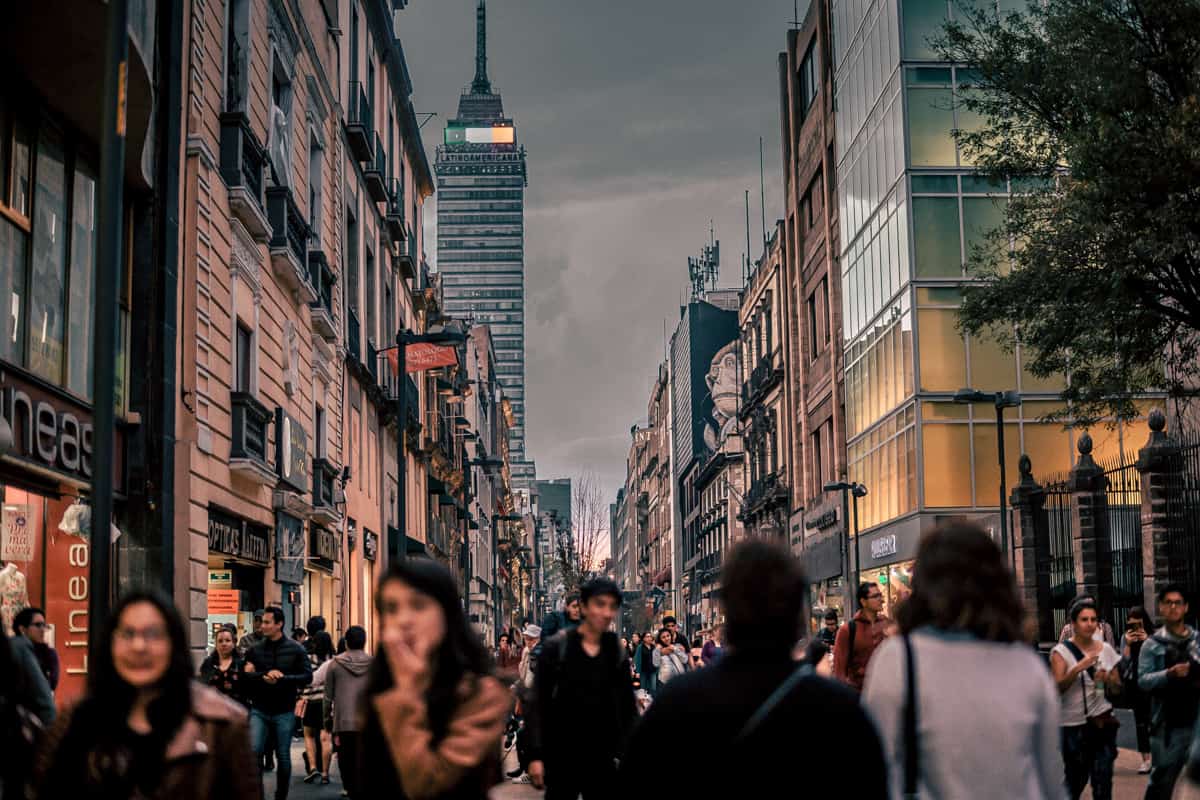 Luke’s new boss met us at arrivals and drove us to our apartment. We exited the airport and pulled onto the Circuito Interior and looped our way around the city. I was mesmerized, curious. I stared out the window looking for something, anything that looked familiar, anything that might help me connect with this very unfamiliar place.

We passed the Corona brewery. They have a huge sign on the highway that says Corona in neon lights. It has a crown on the top. We passed a shopping mall with signs for H&M, Old Navy, and Sephora. On the corner as we exited the highway, a 7-11.

We wound our way through smaller neighborhoods, past red tarps strung up over sidewalks with plastic tables and chairs underneath them, people huddled around eating things that were being scooped out of huge metal pots. 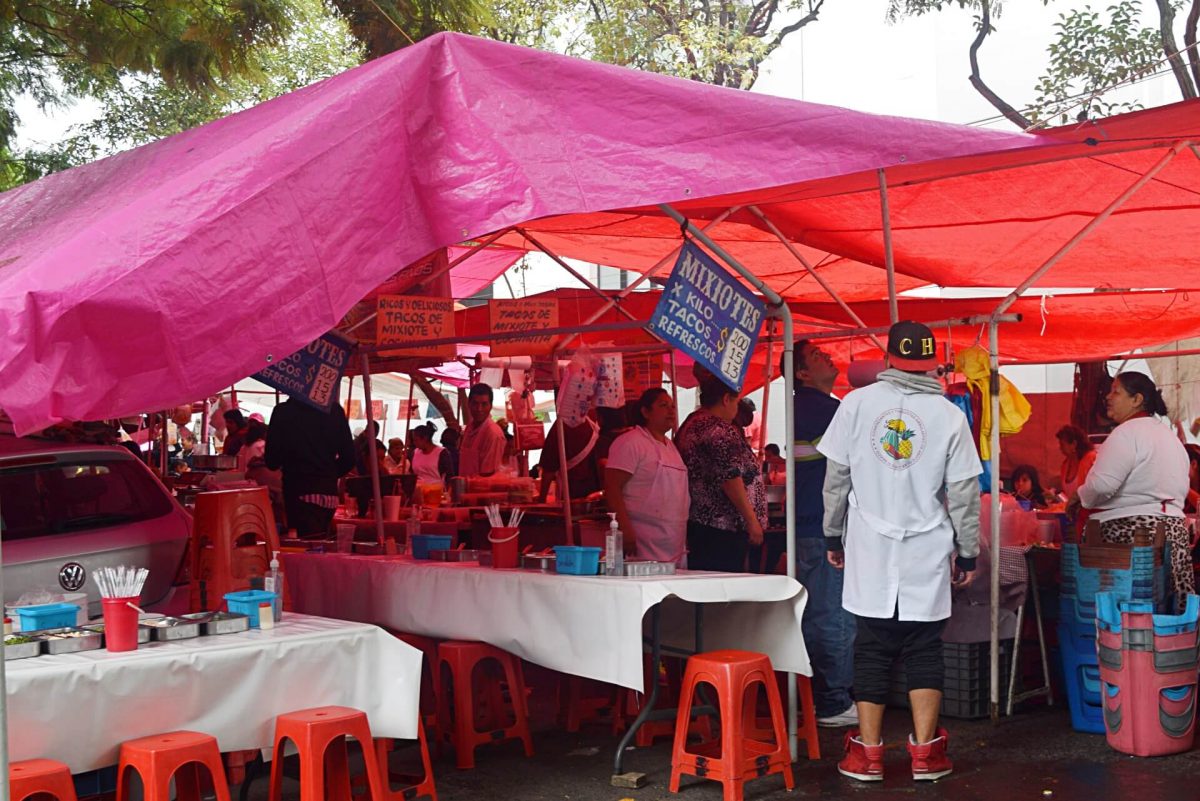 We were only going to stay for a year. Maybe two if it was a good opportunity for Luke, if we liked the city and felt like staying longer.

But a year went by so quickly. It simply wasn’t enough to eat under all of the red tarps, to sample all the different things cooked in those huge metal pots.

We decided to stay for a second year.

“We’ll see how we feel after another year,” we told each other, “but then maybe we should think about where we want to go next.”

But two turned into three and now here we are, July 2020, sitting by the beach as we celebrate four years of living in Mexico and wondering why we’d ever leave (also wonder why the hell we didn’t move to the coast three years ago).

I’d be lying if I didn’t say we still take it year by year. We still wonder every April or May whether or not we should move on, but where? Where would be better than this? Where would even be equal to this?

And the answer continues to elude us, so we stay.